Time to wrap up last Sunday’s stroll through the UC Davis Arboretum before it’s Sunday again. The Australian Collection at the downtown end of the Arboretum is the section most people see when they visit, and it happens to be my favorite. Something is in bloom there whenever you go, even in the dead of winter.

Someday I’ll do a post on the gum (eucalyptus) trees growing on either side of Putah Creek, but today let’s focus on flowering shrubs. 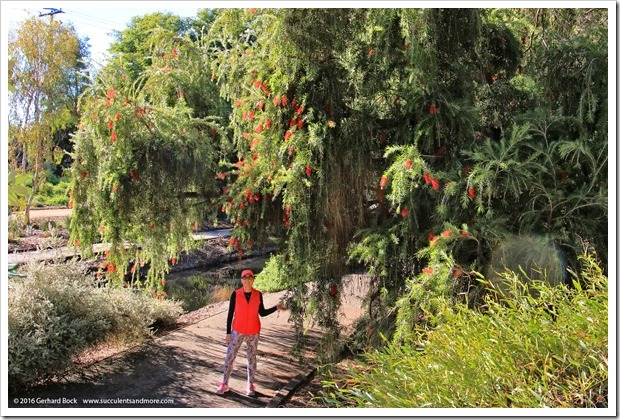 Weeping bottlebrush (Callistemon viminalis), with my friend Ursula for scale 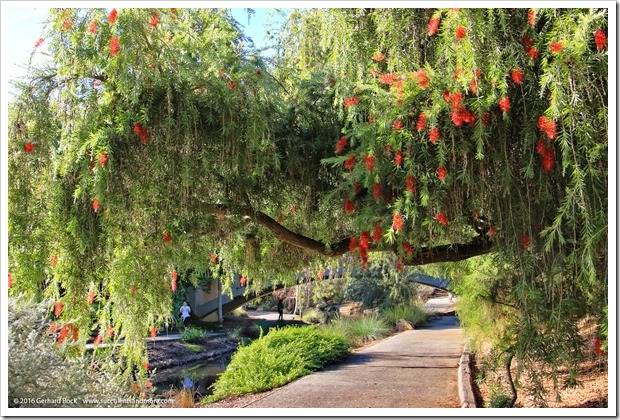 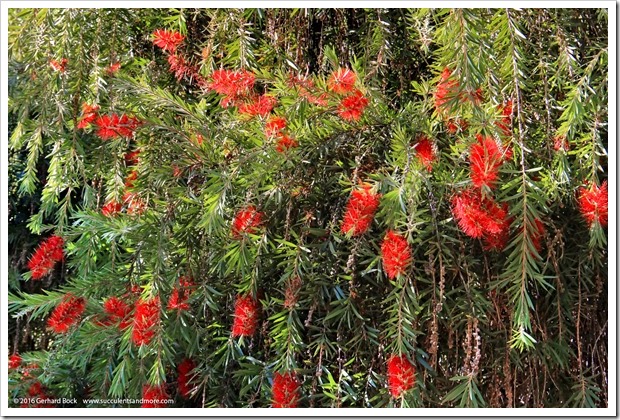 According to the Living Plant Collection Database, the Arboretum has seven different types of banksias. That may not sound like a lot (it isn’t) but it’s more than you’d expect, given the fact that many banksias don’t like our soil, water, heat and/or occasional frost.

Here are two banksias I saw in bloom: 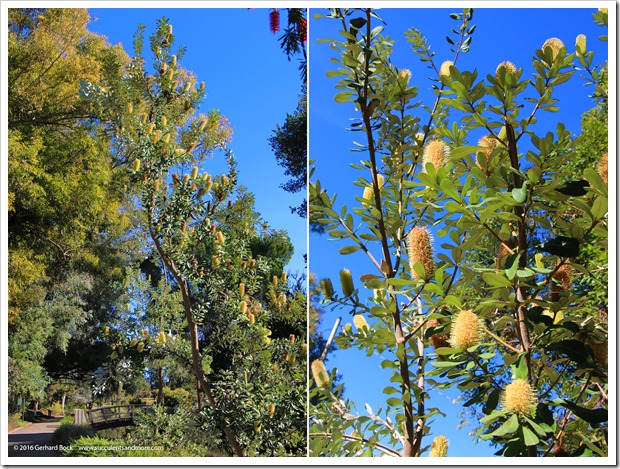 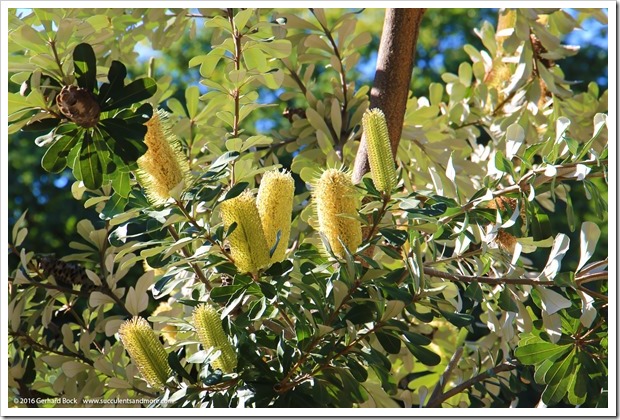 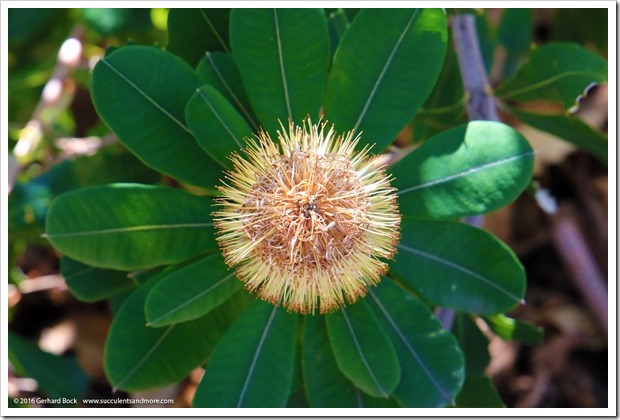 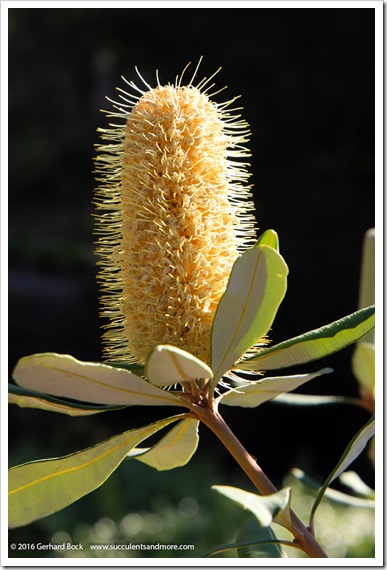 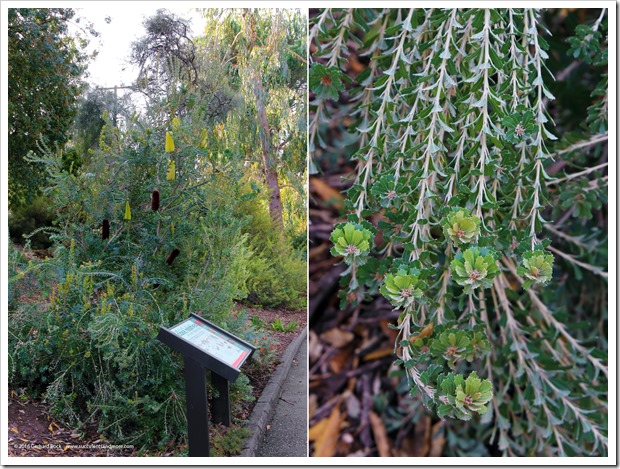 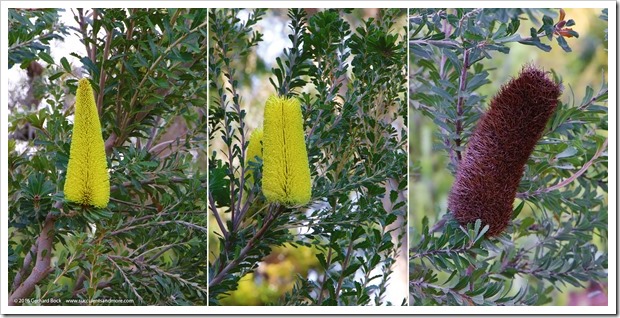 Grevilleas are far easier to grow in Davis than banksias. Area nurseries such as Green Acres in Sacramento routinely carry a dozen or more different varieties. That may only be the tip of the iceberg. I have a feeling many others not commonly available would do well here, too.

Here are a few that have proven reliable in the Arboretum: 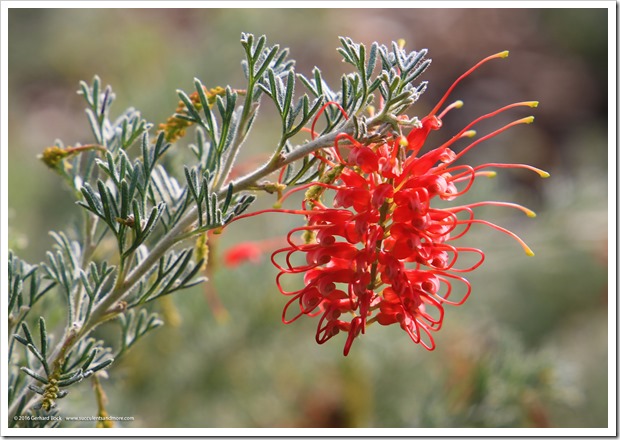 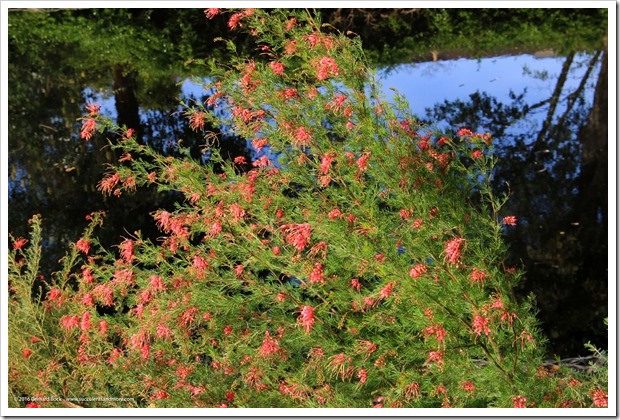 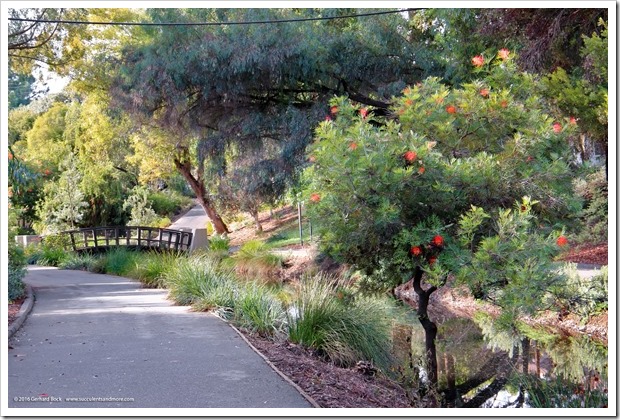 Grevillea ‘Mason’s Hybrid’, also sold as ‘Ned Kelly’. It has the same lineage as ‘Robyn Gordon’ and ‘Superb’. They do look virtually identical except for subtle color variations. 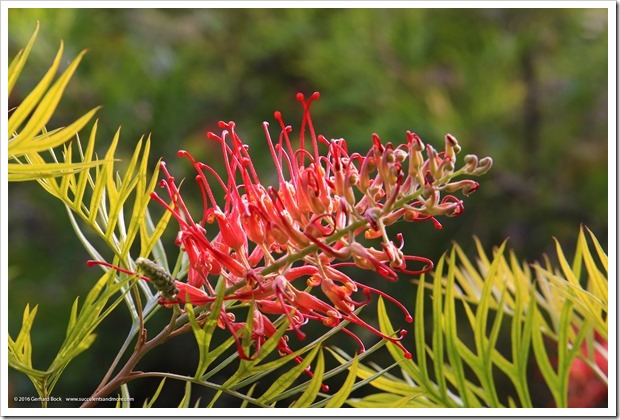 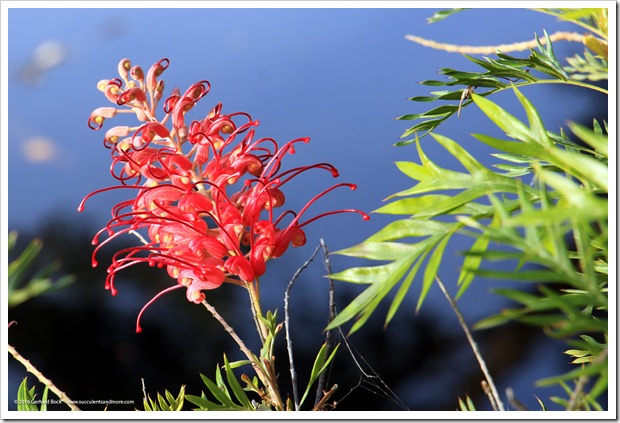 But flowers aren’t everything. I think both banksias and grevilleas are beautiful even when not in bloom. That is doubly true for these two shrubs that are grown first and foremost for their foliage: 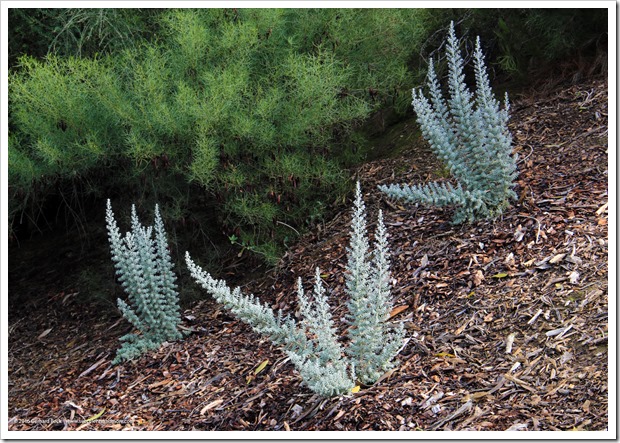 Pearl bluebush (Maireana sedifolia). This shrub with its otherworldly grayish-blue leaves has been planted in several other spots as well. 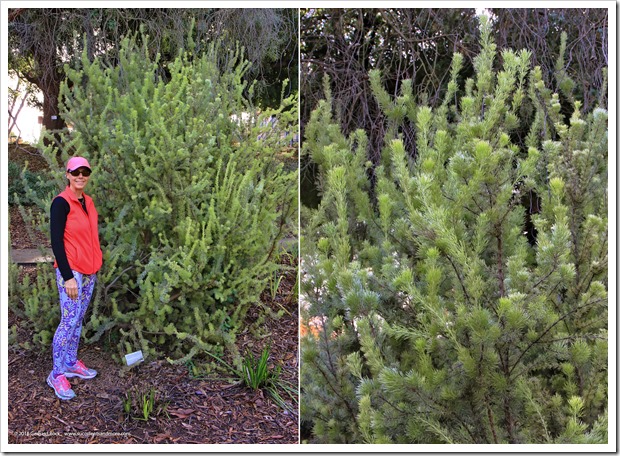 I’ll leave you with a truly inspired combination that was installed not long ago: 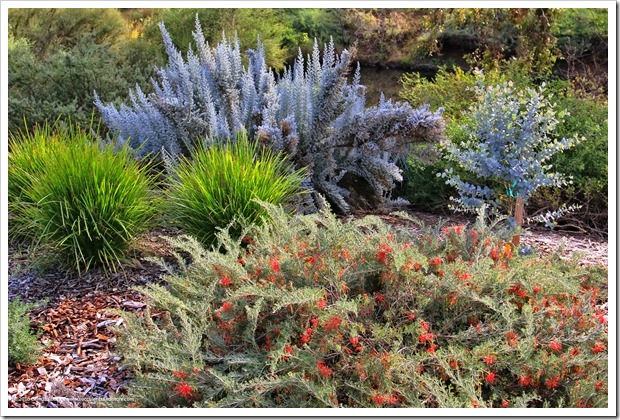 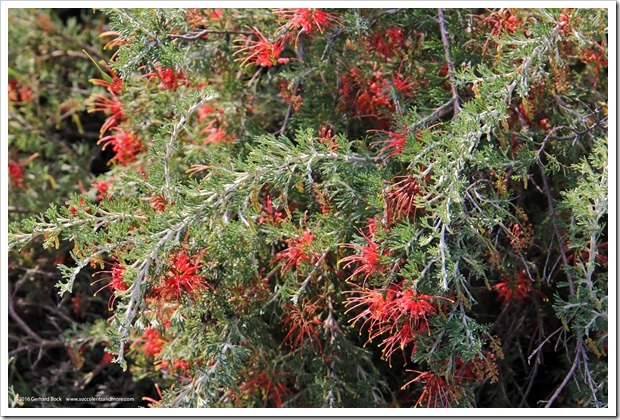 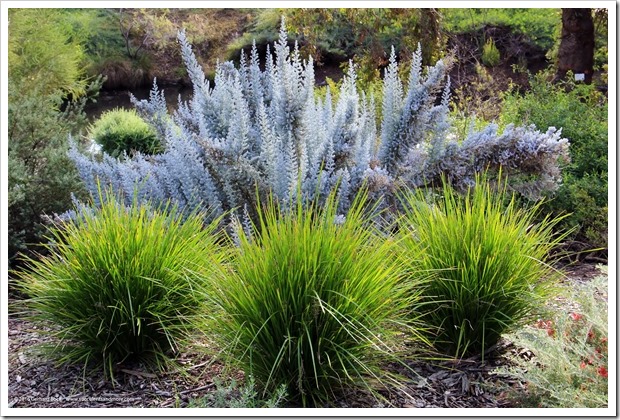 The combination of maireana and lomandra is fantastic. I’m trying to find a spot in our front yard where I can replicate it…