- December 27, 2016
It’s the end of December, and I’m back in Arizona. This is my fourth December trip to Arizona in a row (2013 | 2014 | 2015) so I suppose it’s OK to call it a tradition now. This time I flew because I could only carve out five days. Instead of buying what I want and tossing it in the car, like on the previous two trips, anything I buy has to fit in my suitcase. We’ll see how that goes.

I arrived in Phoenix last evening—late because a gas cap was missing on our plane and a mechanic had to check it out before leaving Sacramento. That wouldn’t have been so bad, but when I got to the Hertz counter at Phoenix Sky Harbor (“The Friendliest Airport in America”) to pick up my rental car, it turned out that they had run out of cars. And yes, they blamed it on Christmas, as if Christmas had somehow snuck up on them. At least a dozen disgruntled customers were in the same boat. In essence, we had to wait until cars were dropped off and could be cleaned. In my case it took “only” 30 minutes (some people apparently had to wait longer), but I’m still pissed at Hertz. Instead of apologizing to us, the sentiment among the Hertz employees was that we should be more sympathetic to their situation. Not cool. I’m done with Hertz and will rent elsewhere from now on.

One a much more positive note, my visit to the Desert Botanical Garden (DBG) this morning was fantastic. Just like it always is. It truly is one of my favorite plant places to visit. And since I don’t come here that often, it never gets old. I do recognize individual plants now (“hey, old friend”) but they’re constantly improving and refining. Unlike so many other botanical gardens, the DBG appears to be well funded, which warms my heart.

I took fewer pictures at the DBG than in recent years—a conscious attempt not to photograph the same things over and over—but I still ended up with over 200 new images. I’ll have several dedicated posts in January and February. To whet your appetite, here are a few collages: 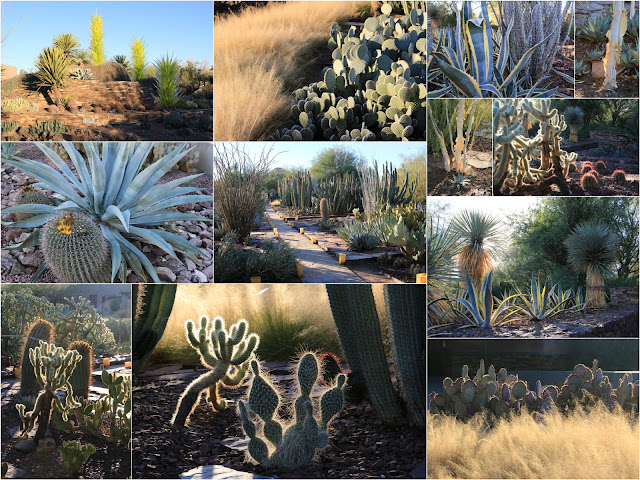 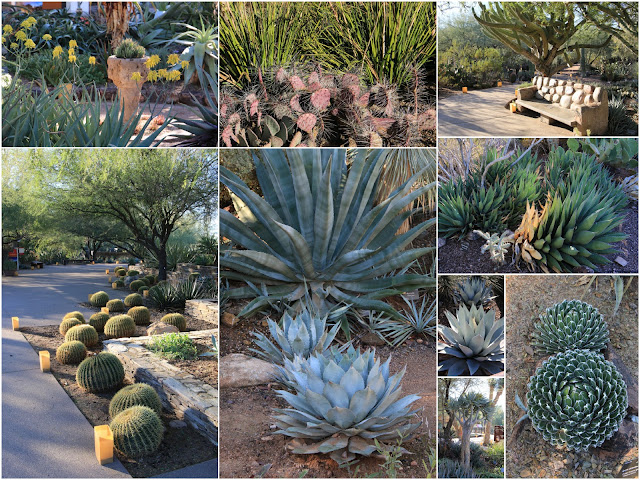 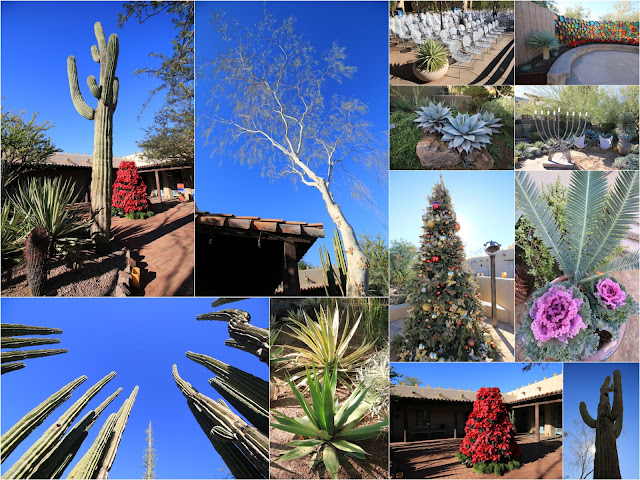 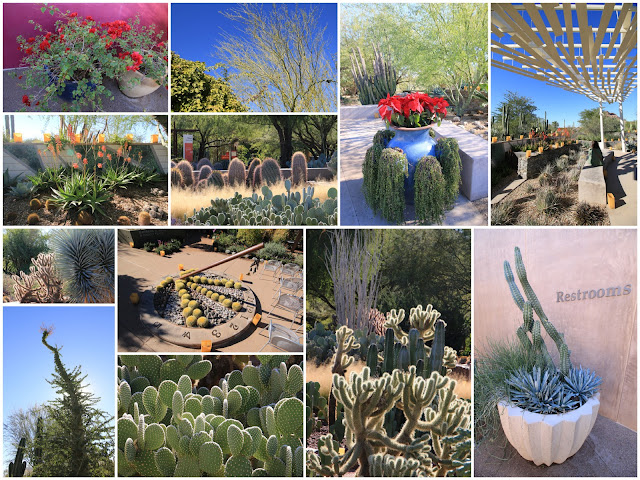 In the early afternoon, I left Phoenix and headed southeast towards Tucson. But this year I made a stop about half way, visiting Facebook friend BJ Seemuth in Casa Grande. BJ and her husband moved there from Chicago about 10 years ago. She’s a master gardener and works at the Pinal County Cooperative Extension of the University of Arizona College of Agriculture & Life Sciences, teaching classes on subjects like plant propagation and advising homeowners on garden-related matters. She is a true succulent fanatic. In addition to the many cactus planted in the ground, she has a large collection of potted succulents that overwinter in a small greenhouse and racks under the eaves of the house. While it was 68°F when I was there, Casa Grande can get frost into early March. 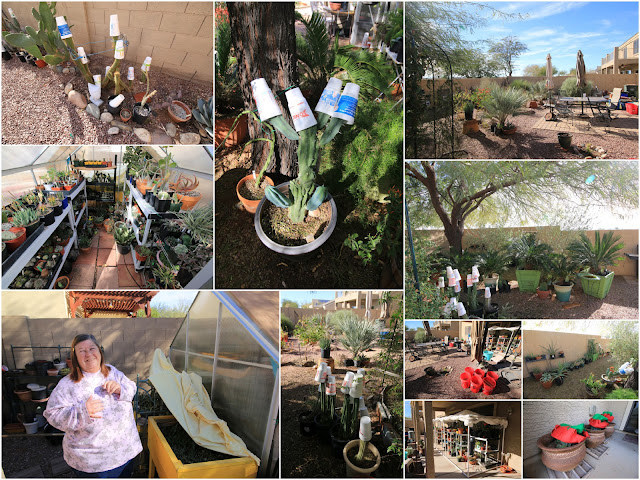 I arrived in Tucson with an hour of daylight to spare so I took photos of the landscaping at the Lodge on the Desert where I’m once again staying. Last year most of the cactus were covered with Styrofoam cups to protect their growing tips (see the collage of photos from BJ’s place above). This winter must be much warmer in Tucson because there’s not a single Styrofoam cup in sight. 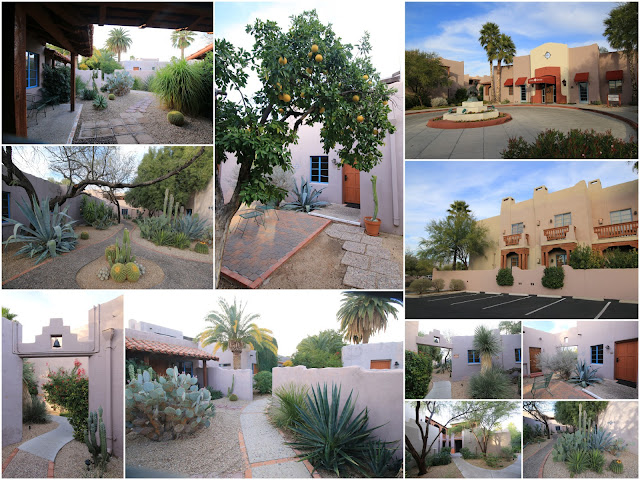 Tomorrow’s agenda is packed: Tucson Botanical Garden, Plants for the Southwest Nursery, Arizona-Sonora Desert Museum. In the winter, there aren’t that many hours of daylight so I always seem to be on the go. Strangely, as much as I hate being in a hurry at home, I don’t mind when I’m on vacation.