Aloes in our front yard getting ready to bloom

It’s that time of year when the days are short and the heat of summer nothing but a hazy memory. Some people love winter, others would rather skip it (me!), but many of the aloes in our front yard are in a festive mood. I must admit, as much as I dislike this season, I do love the annual flower show put on by our aloes.

We still have a few weeks to go before things really get bloomy, but anticipation is half the fun. On that note, let’s take a look at what’s developing. 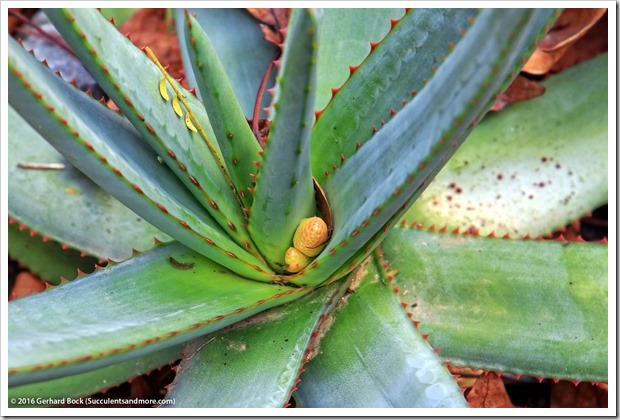 This smaller Aloe capitata var. quartziticola next to the garage is getting ready to bloom for the first time 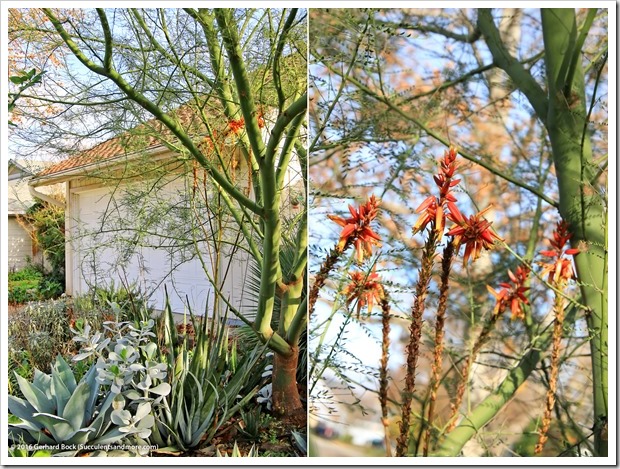 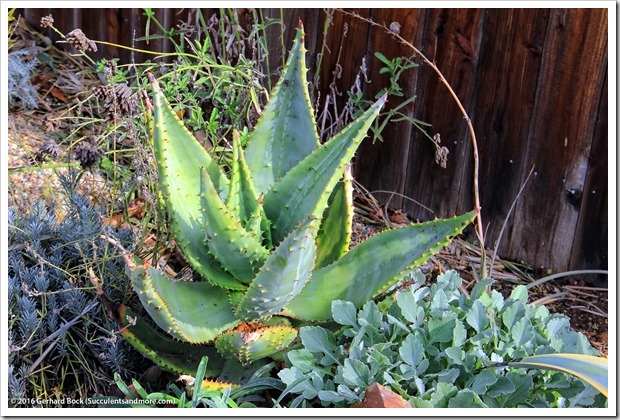 I really want this Aloe marlothii to bloom but it’s still too small, I think 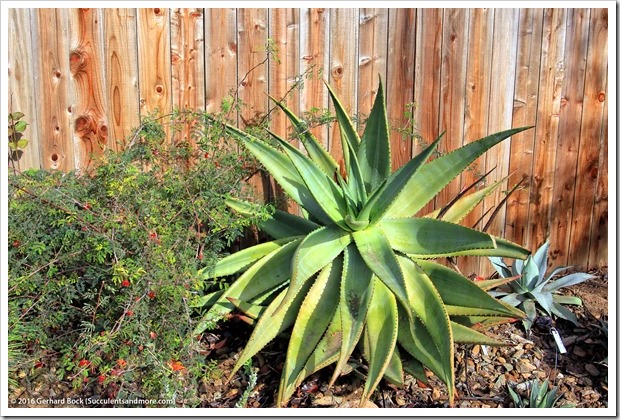 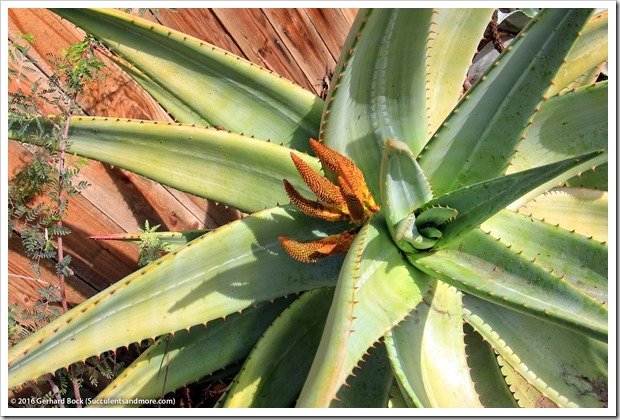 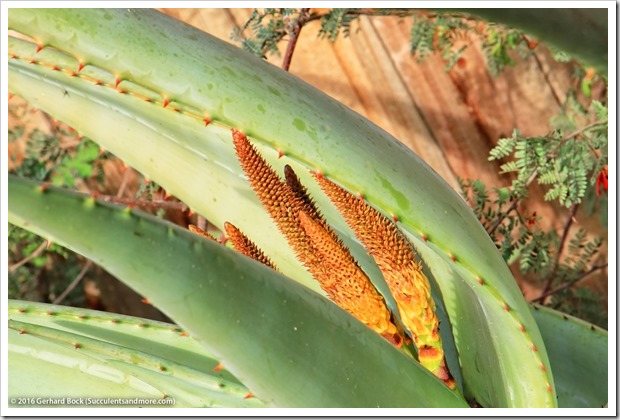 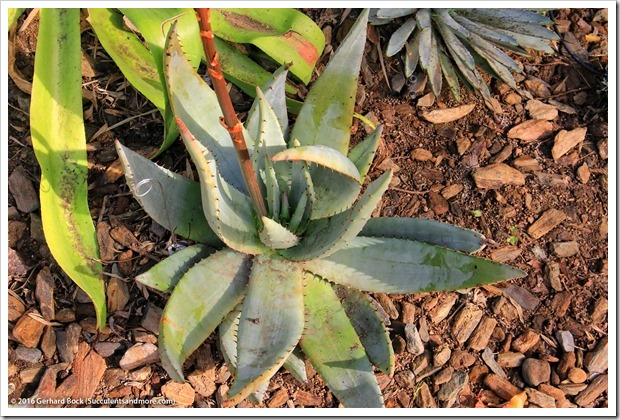 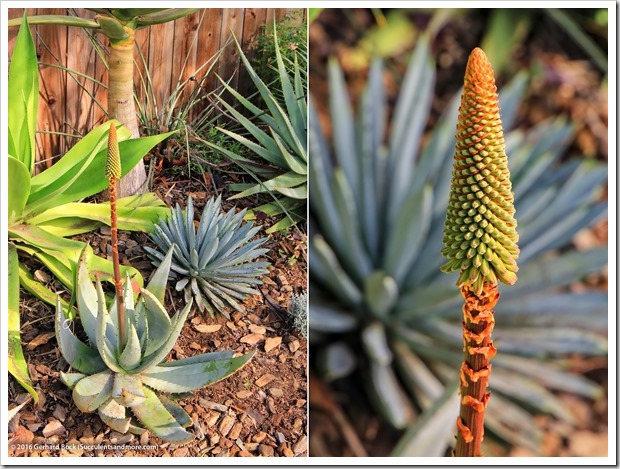 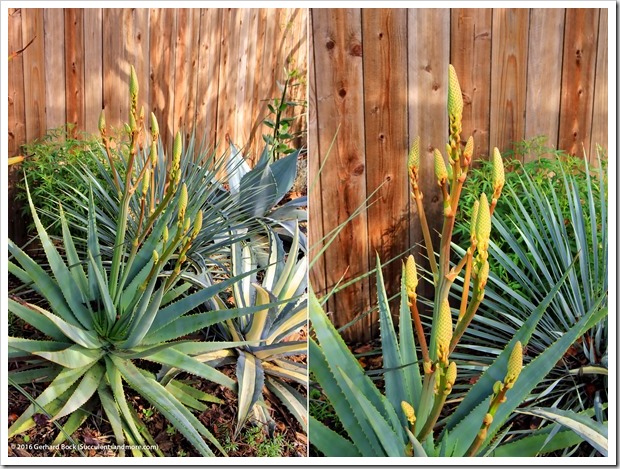 One of three clumps of Aloe ‘Moonglow’, the most prolific flower producer I have 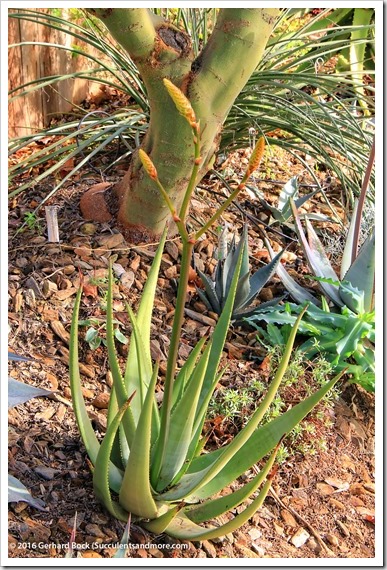 Yet another first-time bloomer: Aloe wickensii, lumped by some into Aloe cryptopoda, but according to others distinct enough to be considered its own species. 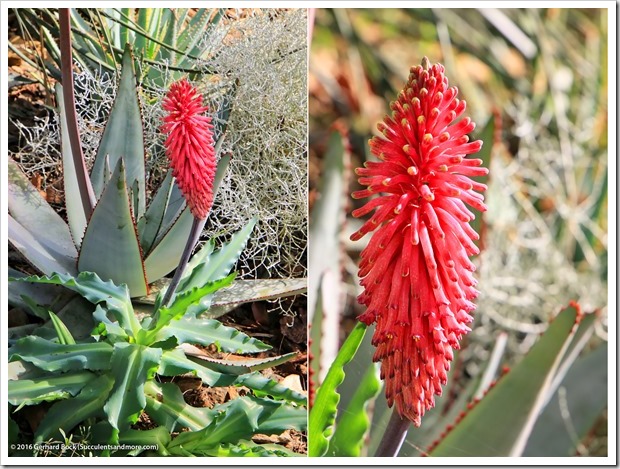 A bulb, not an aloe, but just as pretty: Veltheimia capensis Aloe capitata var. quartziticola #2, also flowering for the first time this year. This a watershed year, it seems, with many aloes hitting blooming age. Unlike agaves, which typically die after they bloom, aloes flower year after year. 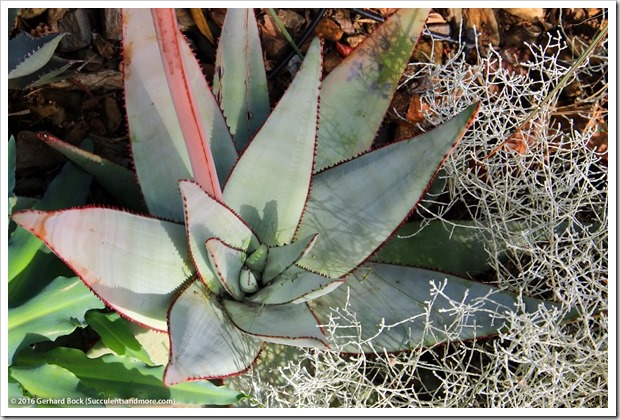 Aloe capitata var. quartziticola is my favorite aloe. I love the coloration of the leaves and the teeth. 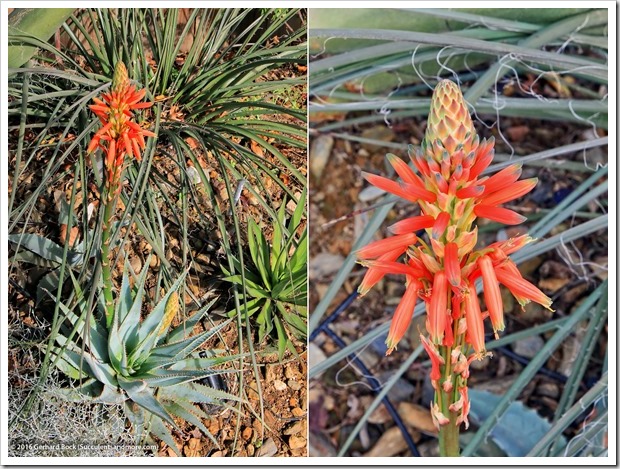 Aloe glauca, beautiful and criminally underused in residential landscaping. I love how substantial the inflorescence is compared to most other species. 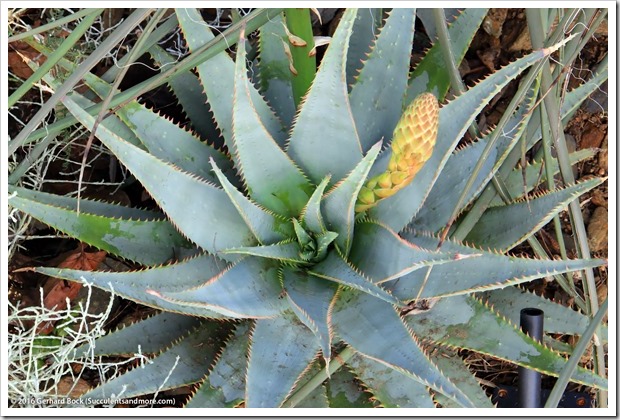 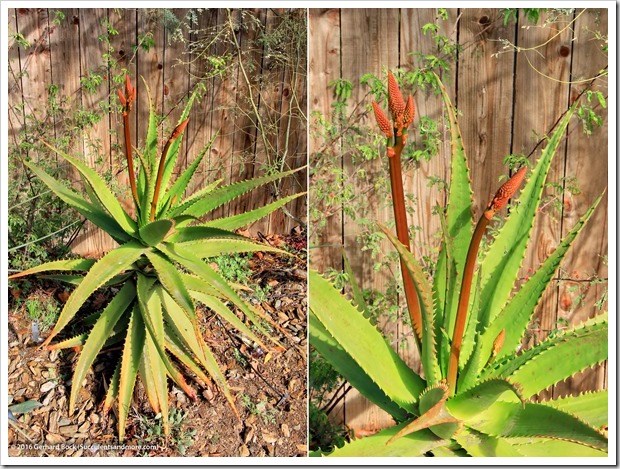 Aloe ‘Erik the Red’, one of the few Leo Thamm hybrids available in the U.S. 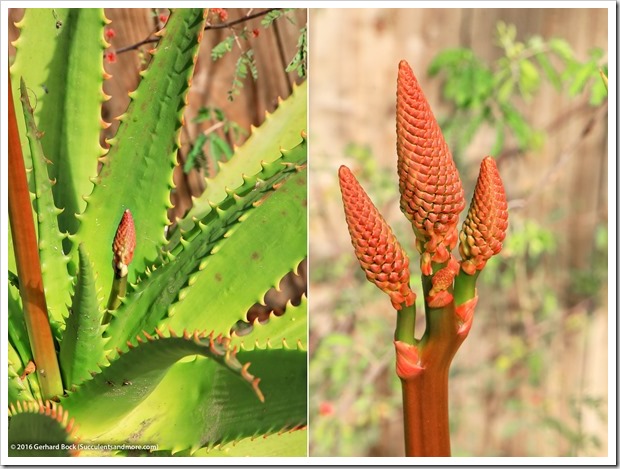 ‘Erik the Red’ has three flower stalks this year, one more than last year. Its flowers are the most remarkable color, a deep dark red, which contrasts spectacularly with the apple green leaves. 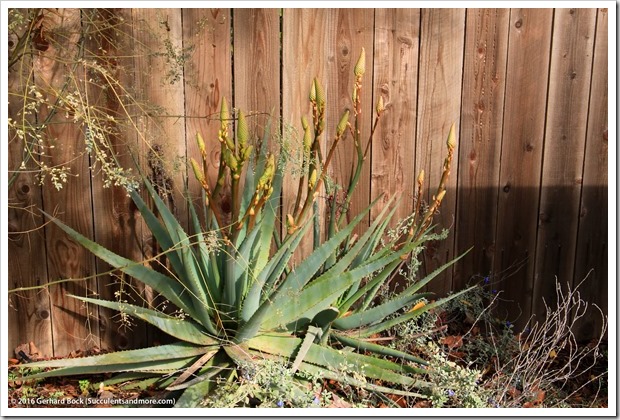 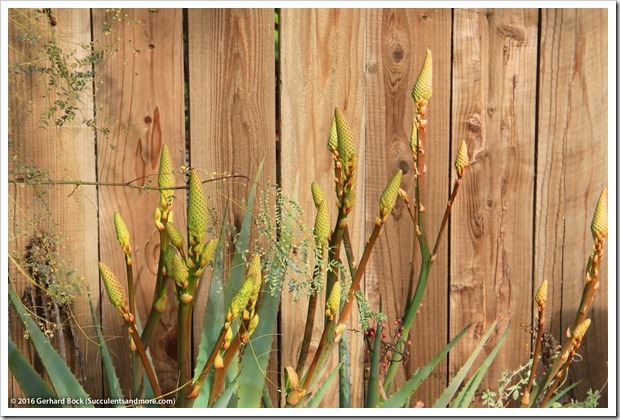 So many flower stalks! 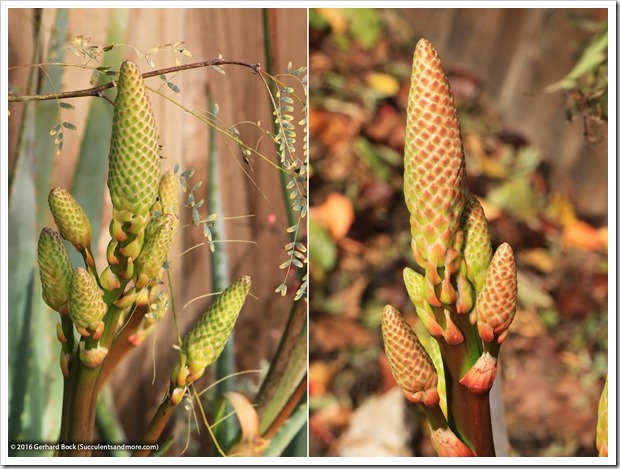 Aloe ‘Moonglow’ was also bred by Leo Thamm and flowers for almost two months solid. The Sunbird Aloes web site recommends adding composted manure during the growing season. I’ve never done that but since I have a bag of composted chicken manure lying around, I’ll give it a try.