- December 30, 2016
Today I was once again reminded of how fast time flies when you’re having fun. It seemed like I just got to Tucson, and yet it was already time to head back to Phoenix. But before I left town, I checked out the Krutch Cactus Garden on the campus of the University of Arizona. It was originally started in 1891 and moved and expanded in 1929. Based on this description, it must have been a lovely spot. Between the 1950s and 1970s much of the original garden was removed and/or replaced with turf (the horror), and the small patch left today is but a shade of the garden’s former glory. I’m glad I finally took the time to check it out, but it’s not a must-see. 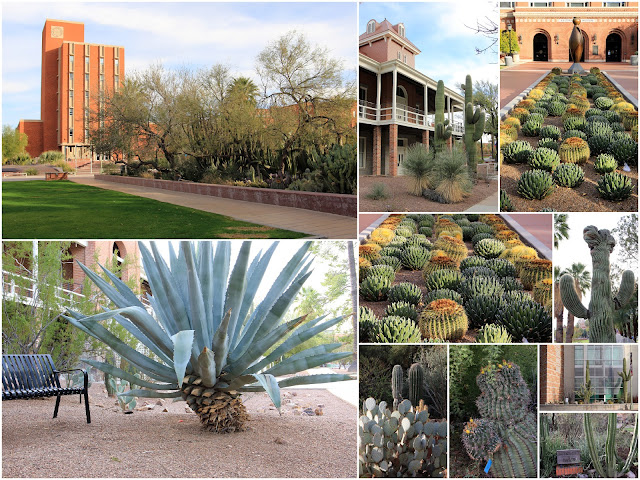 My final stop in Tucson was the master-planned community of Civano on the southeast side. I’d been there twice before (January 2015 and December 2015) and fell in love with the colorful houses, the desert-appropriate landscaping and the general vibe of the place: friendly, neighborly, community-focused. I could easily see myself living there if it weren’t for one thing: the lots are really (REALLY!) small. Right now, I’m still in a stage where I want to garden on a larger scale. 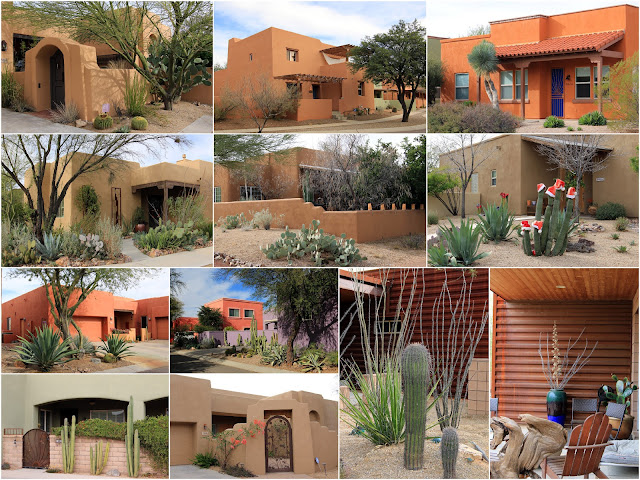 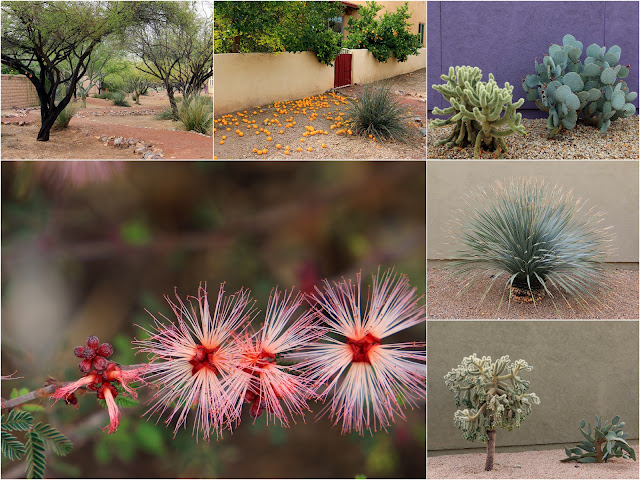 After an uneventful 2-hour drive north I arrived at my last stop of the day: the new Arizona State University (ASU) Polytechnic Campus in the Phoenix suburb of Mesa. It popped up on my radar when I read Pam Penick’s post from February 2015. Renowned landscape architect Christine Ten Eyck and her team transformed the concrete and asphalt wasteland of a former Air Force base into a thriving environment completely in tune with its Sonoran Desert location. Now the campus is home to thousands of trees, including palo verde, palo blanco and mesquite, and more desert spoons (Dasylirion wheeleri) than I’ve ever seen in one place. Swaths of aloes intermingle with yuccas and agaves to create a lush landscape. The liberal use of Corten steel and gabion walls connects the landscaping to the modern architecture of the university buildings. I love how it all comes together. I hope the students who learn and live here know what a special place it is. Much more on this ambitious project in a later post. (For the records, it was 76°F as I was walking around the campus.) 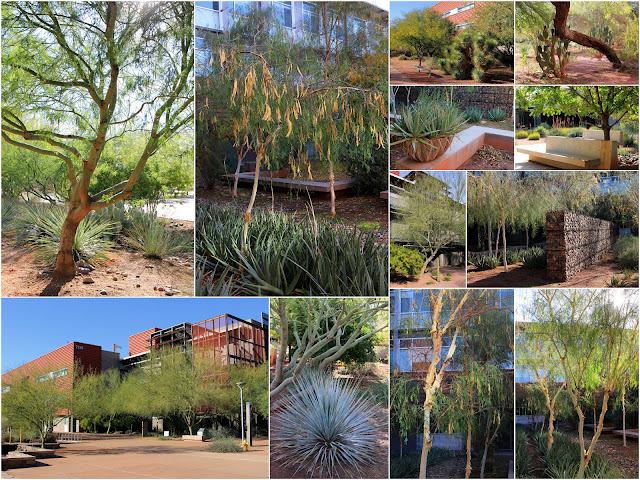 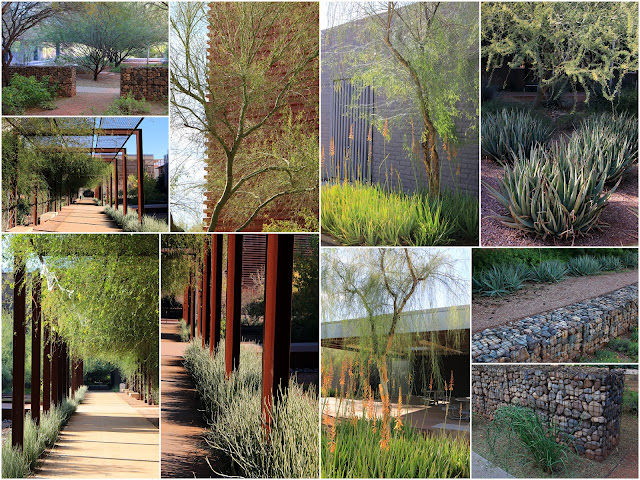 Speaking of Pam Penick, tomorrow before I fly out I will visit a couple of other public spaces in Scottsdale that Pam blogged about earlier: Cavalliere Park and Scottsdale Xeriscape Garden. A big thanks to Pam for raising awareness of these projects outside of the Phoenix area.
RELATED POSTS: