- December 29, 2016
I had the most amazing day today hiking and exploring in the Waterman Mountains with friend and agave expert Greg Starr, and Ron Parker, the mastermind behind Agaveville and a seasoned agave hunter with a lot of field experience. It was long day full of unforgettable sights of cactus, agaves, and breathtaking scenery. I took enough photos for two or three longer posts, to be served up later in January.

Our first stop was a patch of desert near Saguaro National Park. Across the road was a gas station, and all around were the kinds of rural properties that are typical for this part of Arizona—modest houses or mobile homes on an acre or two. This empty lot is one of the few localities in Arizona for Mammillaria thornberi. I found this small, cluster-forming cactus remarkably hard to spot at first because it tends to grow under bushes. After a while, though, even I could spot it. Maybe my desert eyes are finally coming in. Even more remarkable to me were the many fishhook barrel cactus (Ferocactus wislizeni) growing here. They’re particularly beautiful right now, adorned with this year’s fruit. 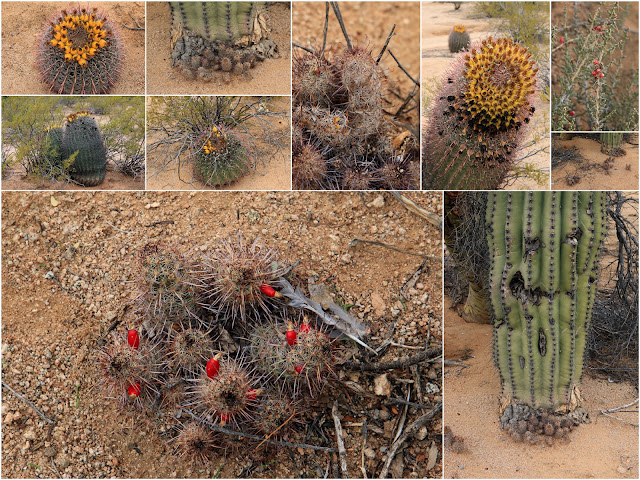 After this brief stop we headed for our main destination: an old mining road, now nothing more than a rock-strewn trail, that would take us up into the Waterman Mountains. The dirt roads we took to get there were hair-raising to my suburban sensibilities but Ron handled the many potholes and sharp rocks with great skill (and speed). Eventually the “road” got too bad to continue so we parked the car and set off on foot. We climbed about 600 ft. over a mile or mile and a half to an altitude of 3,000 ft. What we saw along the way was amazing: Echinocactus horizonthalonius var. nicholii (rare and federally protected), Ferocactus cylindraceus (a barrel cactus known for its fiery red spines on young plants), Echinocereus nicholii (a beautiful hedgehog cactus with golden spines), Mammillaria grahamii, untold numbers of ocotillos (Fouquieria splendens), saguaros (Carnegiea gigantea), and of course the star of the show for me: Agave deserti var. simplex. This small solitary agave should be used much more in residential landscaping; for me it checks all the boxes for gardenworthiness. 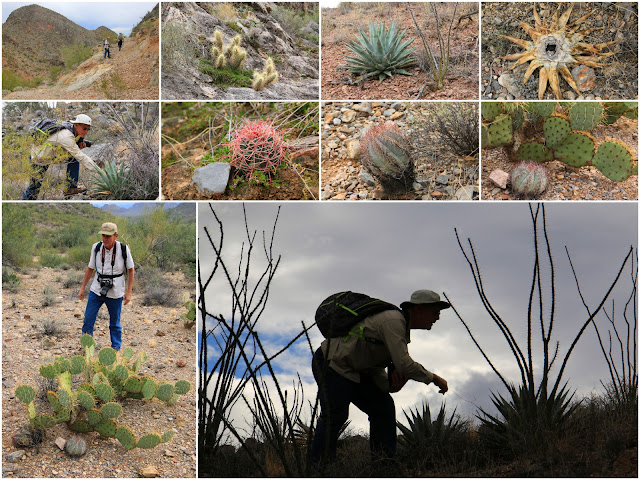 All around us was vast wilderness and, from the top of the saddle, endless vistas. Yes, the uphill climb was strenuous for me in my current state of corpulence, but at the end of the day, it was beyond worth it. It was an outing I will never forget. 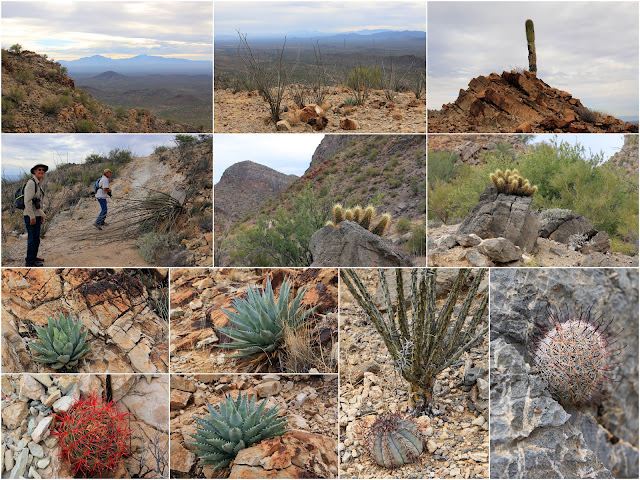 After we got back to Greg’s place on the west side of Tucson, we poked around in his garden and nursery. Even though I’m limited to the space I have available in my suitcase, I picked out a handful of choice agaves to bring home: Agave albopilosa, Agave chazaroi, Agave azurea, Agave garciae-mendozae, and an intriguing cross between a Manfreda and Agave colorata (although at this stage the Manfreda contribution is hard to see). 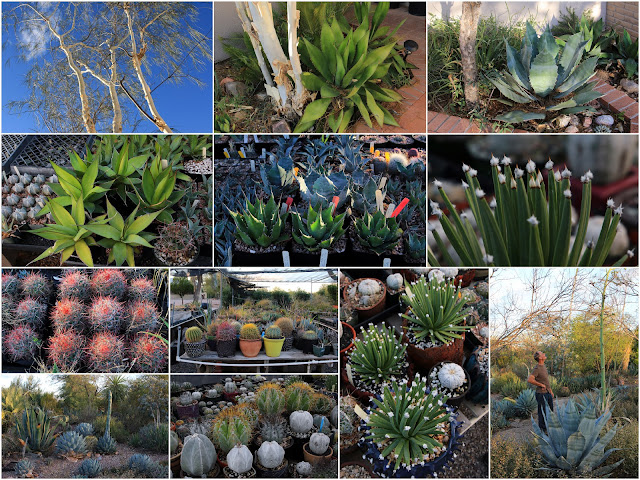 I don’t think I’ll be able to top the beauty and excitement of today’s adventure any time soon!