On Saturday, Sunday and Monday night our temperatures dropped below the dreaded 32°F mark. Readers in chillier climes, go ahead and mock us all you want. It doesn’t change the fact that freezing temperatures are anxiety-inducing for gardeners in zone 9 and above—especially if you’re like me and stretch the hardiness envelope a bit.

On Saturday we covered most of our sensitive plants. On Sunday, we also draped frost cloth and old sheets over many of the aloes with emerging flowers because those flowers are more prone to frost damage that the plant itself. With several aloe species blooming for the first time ever, I didn’t want to risk losing the flowers.

This is what the neighborhood looked like on Monday morning: 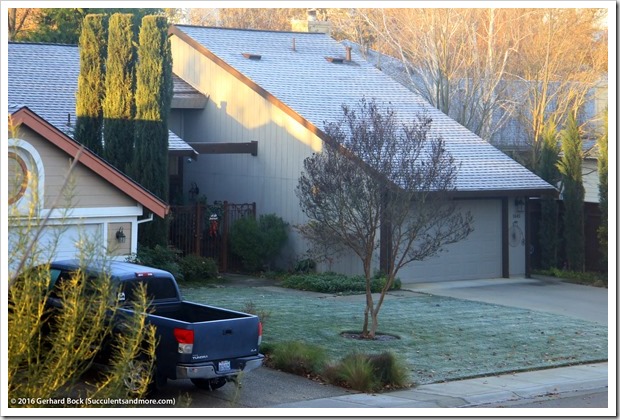 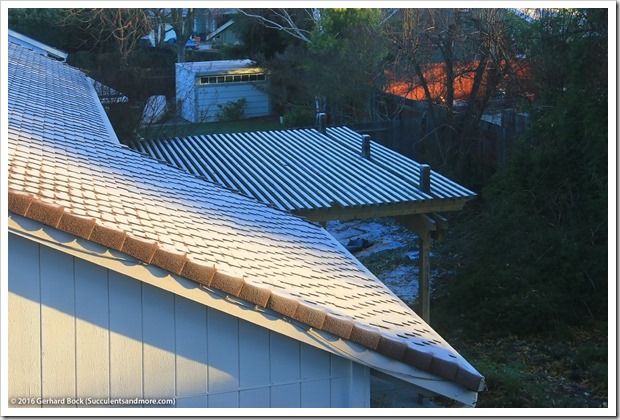 Frost on the rooftops and lawns is a pretty sight, but I simply don’t enjoy the cold. Nothing will ever change that. 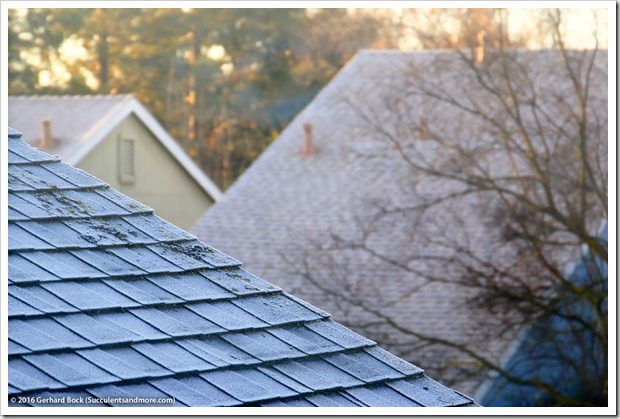 Frost on frost cloths is fine as long as it’s on the outside: 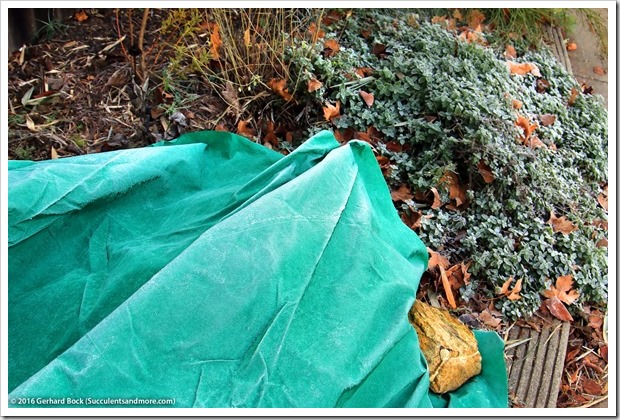 Many plants (like this catmint) don’t mind frost and actually look quite pretty with a dusting of white: 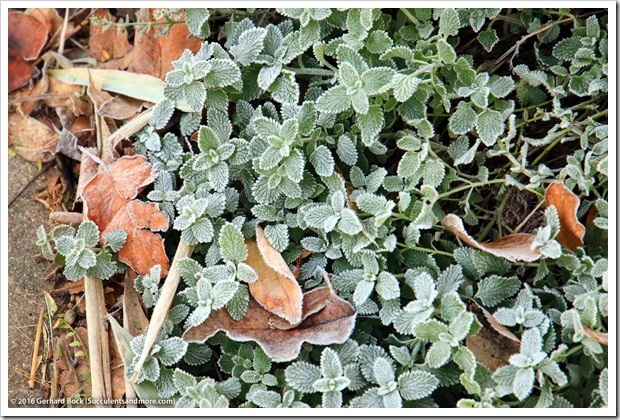 A few leaves on this Agave mitis looked a bit suspicious but they ultimately turned out to be fine: 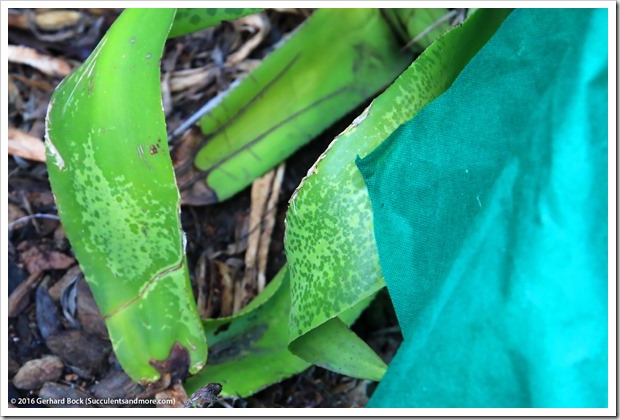 These are the aloes with emerging flowers that we covered on Sunday: 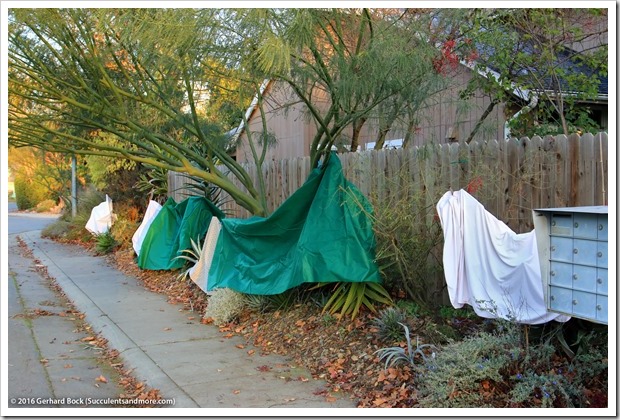 We ran out of material so we couldn’t cover the entire plant, just the flowers (and as much of the front of the plant as possible). The fence in the back did provide enough protection. 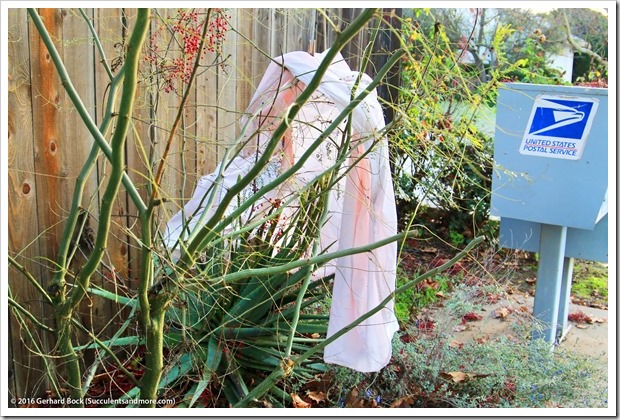 On Tuesday, after the cold snap had moved on, I uncovered the plants. I’m happy to report that there is no damage, with the exception of a few fried leaves on our Meyer lemon (see below). 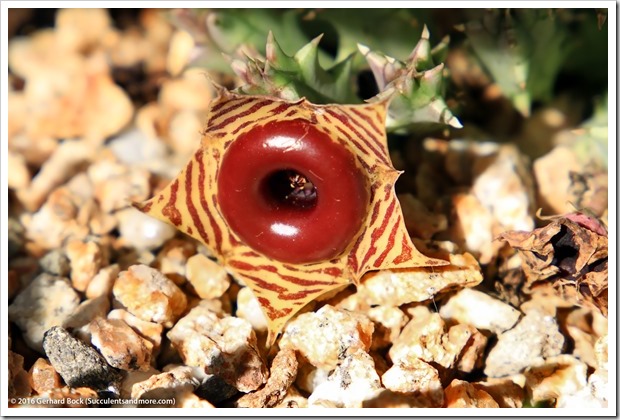 Huernia zebrina still blooming away, even in what for us is the dead of winter 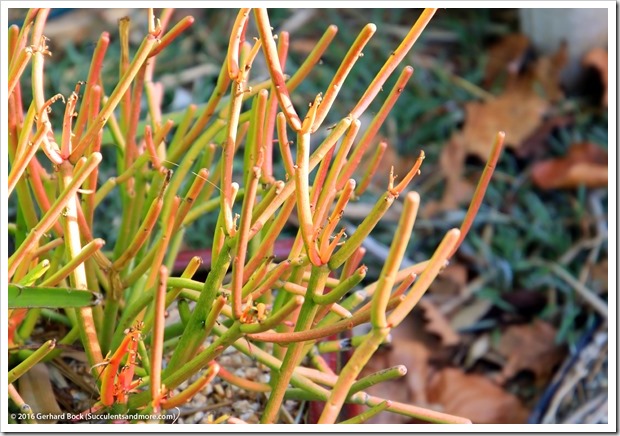 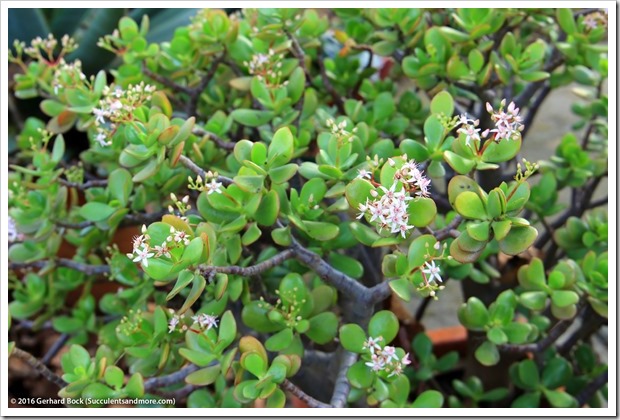 This is plain old jade plant (Crassula ovata). I look at it as an indicator plant because the leaves and flowers do get damaged at 28°F. This jade is in a pot under the palo verde tree on the edge of the driveway. It was not covered and isn’t showing any signs of damage. 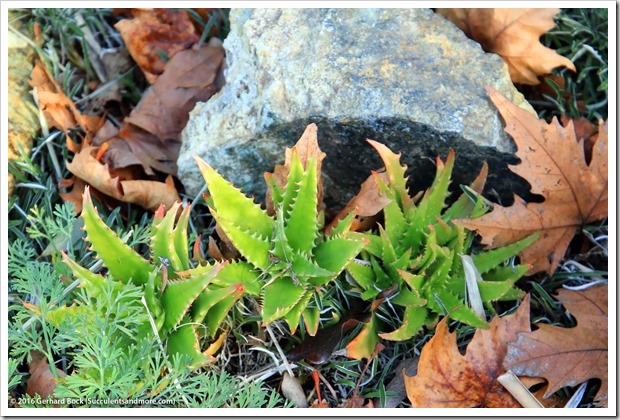 Aloe dorotheae was badly damaged last year when I had forgotten to cover it. Not so this year. (It was covered.) 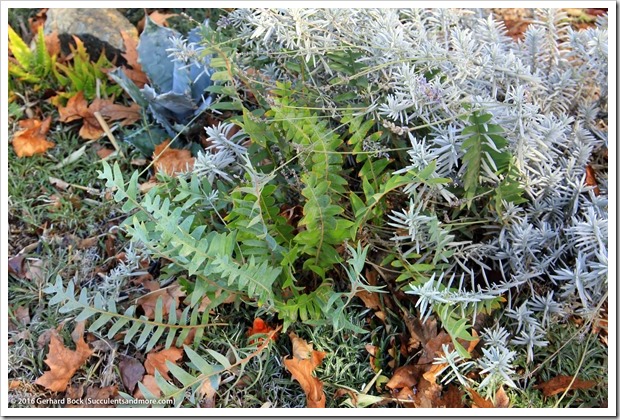 Banksia blechnifolia, no damage last year when left uncovered. This year it was covered because it’s right next to the Aloe dorotheae above. 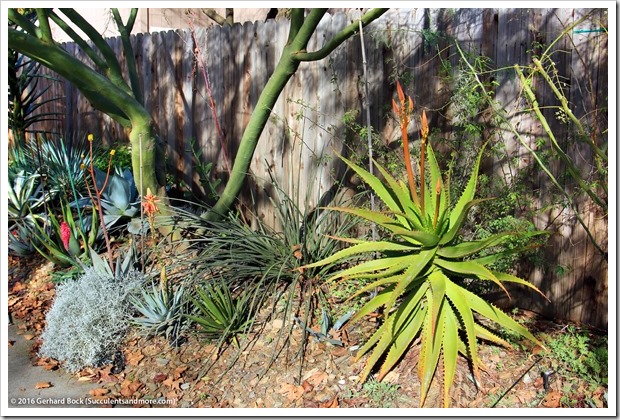 Flowering aloes after I removed the frost covers 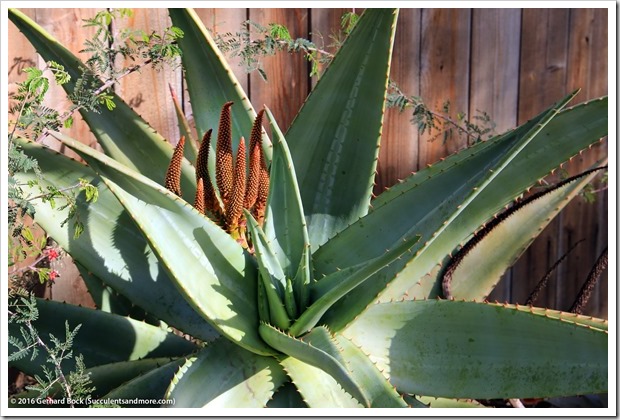 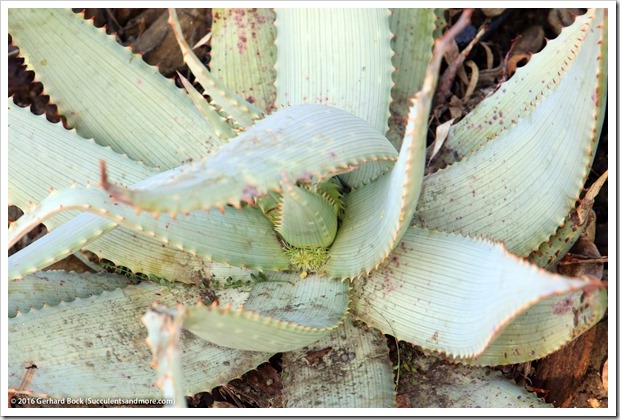 Aloe hereroensis, one of my favorite aloe species. See the beginnings of a flower stalk emerging? 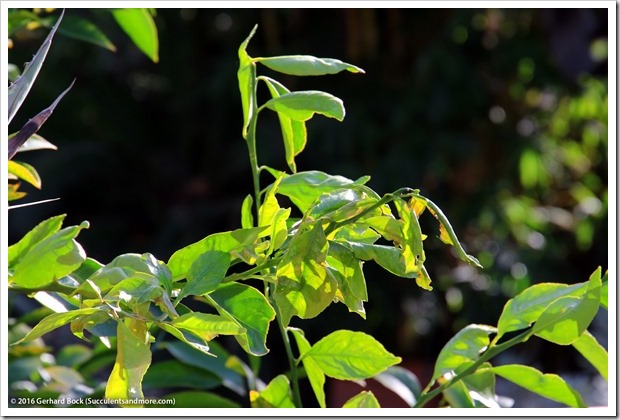 On the small Improved Meyer lemon in the front yard, some leaves got fried on Saturday night. On Sunday we threw an old sheet over it to prevent any more damage.

According to the weather forecast, the rest of December looks fine, with no more frost in sight. But there are still January and February to get through…