Yesterday I made an impromptu trip to the Ruth Bancroft Garden to meet up with friends from Portland, OR. I was too busy talking to take photos in an organized fashion so what I ended up with is a series of vignettes rather than a connected narrative. But that’s OK because you can enjoy the garden Instagram style as well. Sometimes that’s all we have time for in our busy lives. 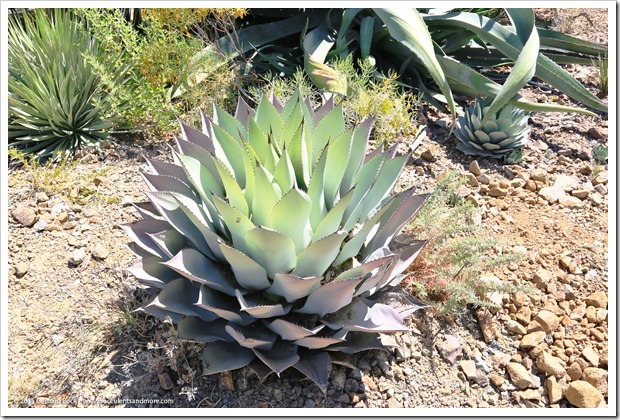 This Agave parryi looked particularly luminous, but the outer leaves are turning purple. Just stressed or getting ready to flower? It looks too small, but I had an Agave parryi in pot that flowered when it was smaller than this one. 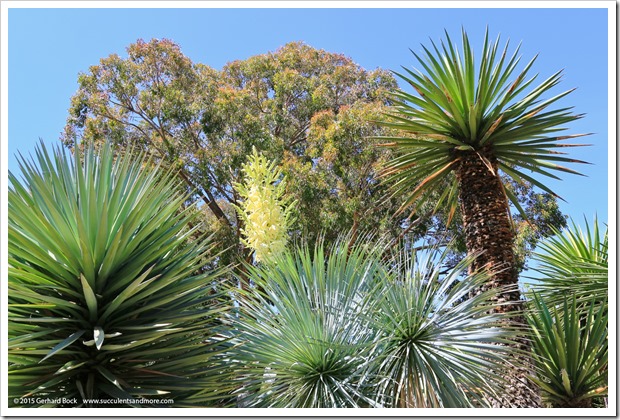 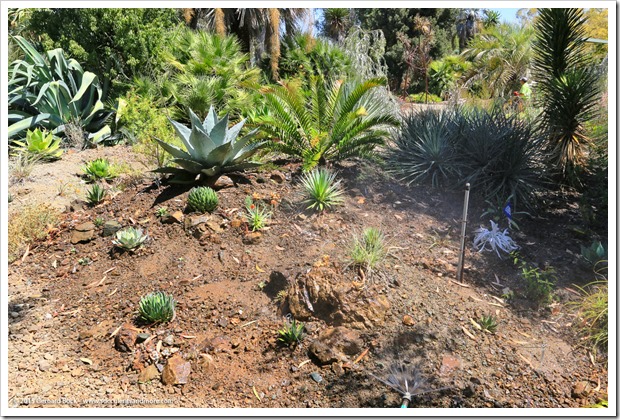 A rare sight: agaves being watered 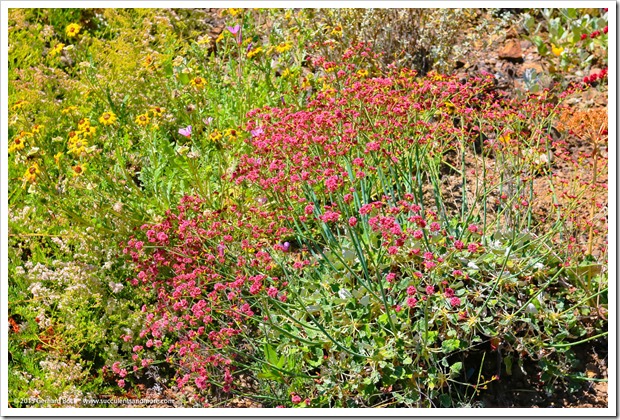 I believe this is the Channel Island buckwheat (Eriogonum grande var. rubescens) I bought at Annie’s Annuals a couple of weeks ago. Looks great! 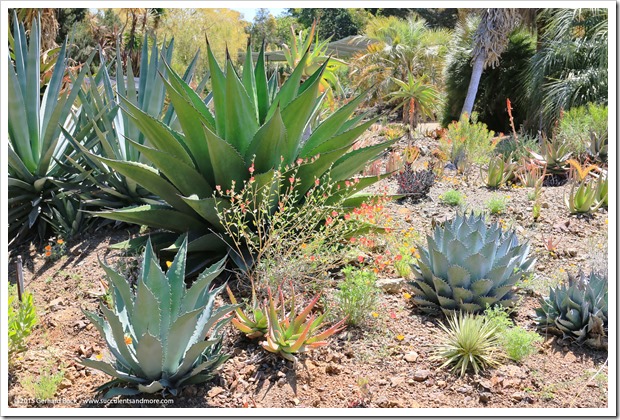 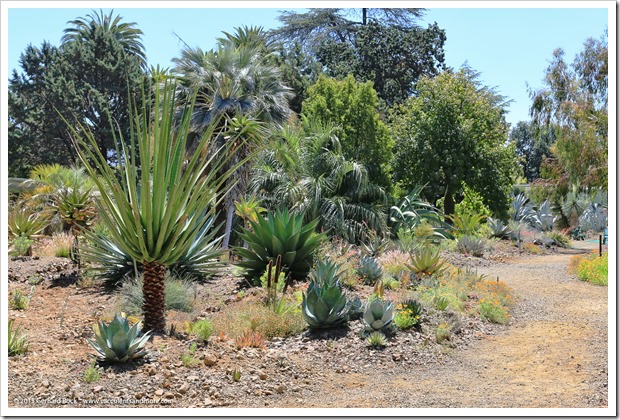 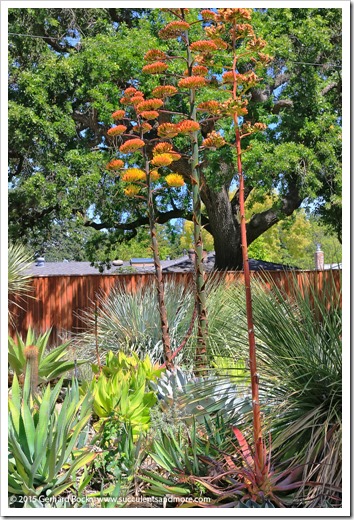 Quite a few agaves are flowering at the RBG. This is Agave parryi. 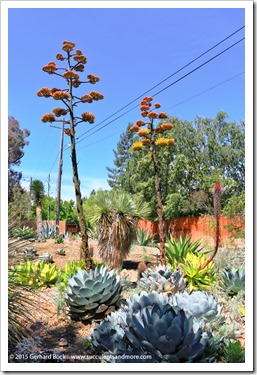 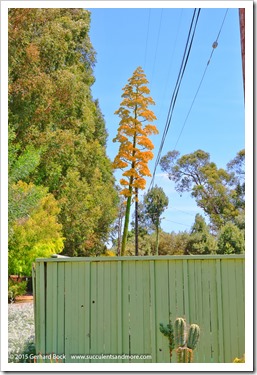 LEFT: Agave parryi  RIGHT: Agave marmorata.
We ran into assistant curator Walker Young, and he said they’re trying to cross Agave marmorata with several other agaves (including Agave gypsophila) as well as with a Manfreda to make a super large ×Mangave. Keeping my fingers crossed! 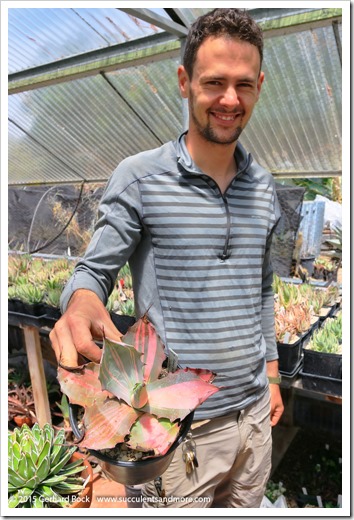 Walker also showed us some rarities like this variegated Agave colorata 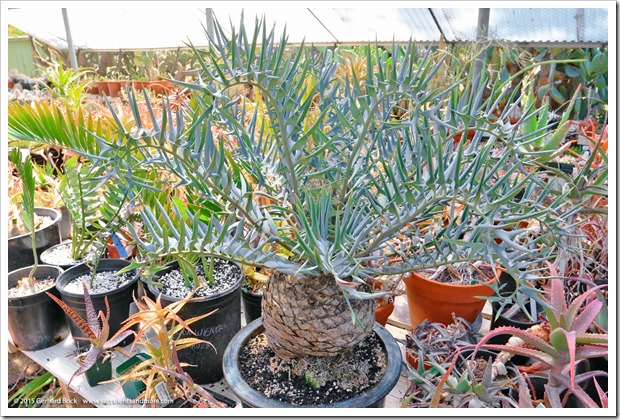 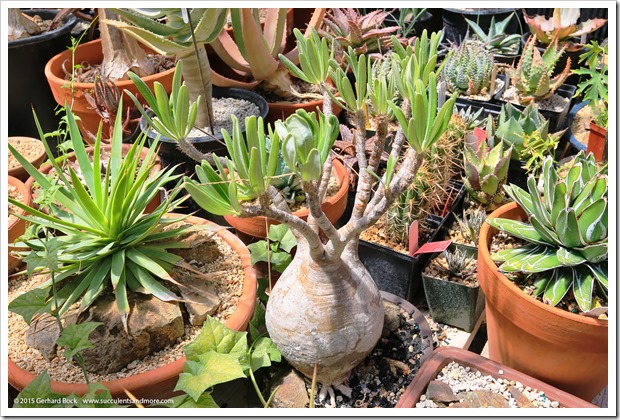 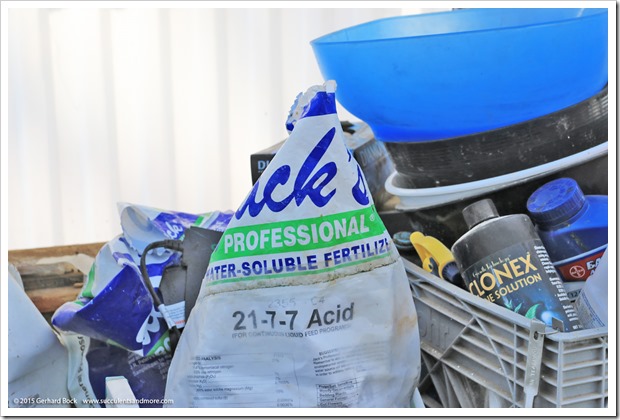 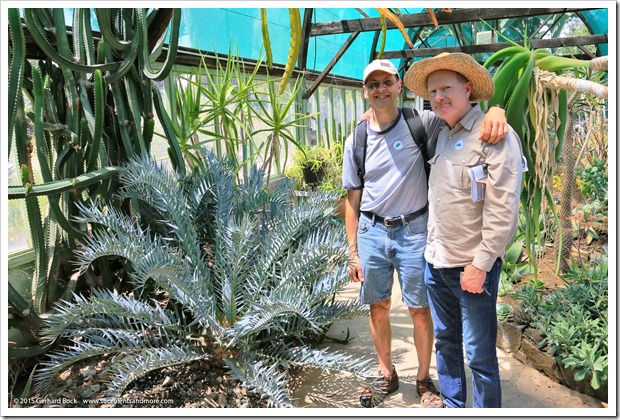 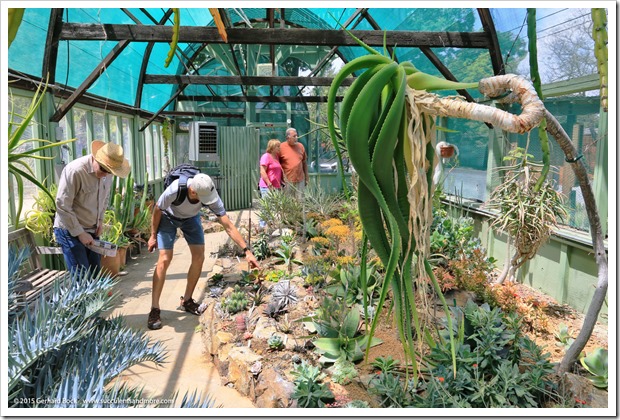 The curious-looking aloe on the right is Aloe sabae 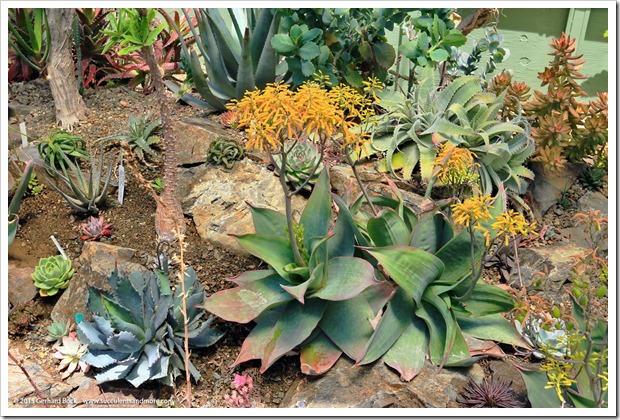 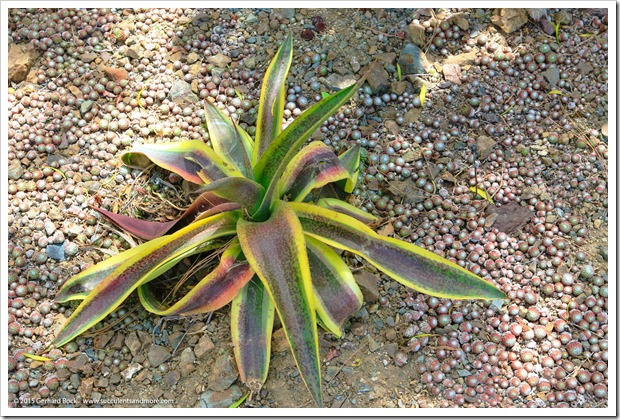 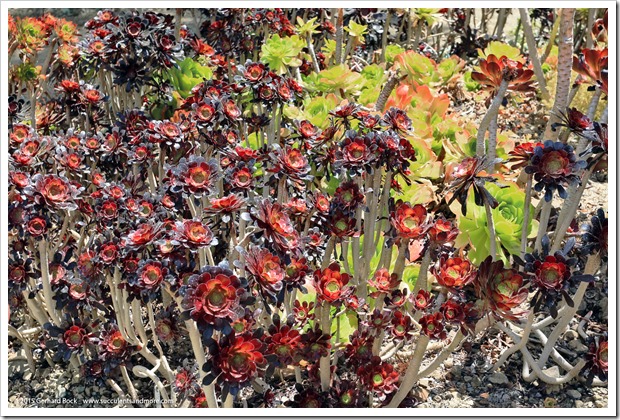 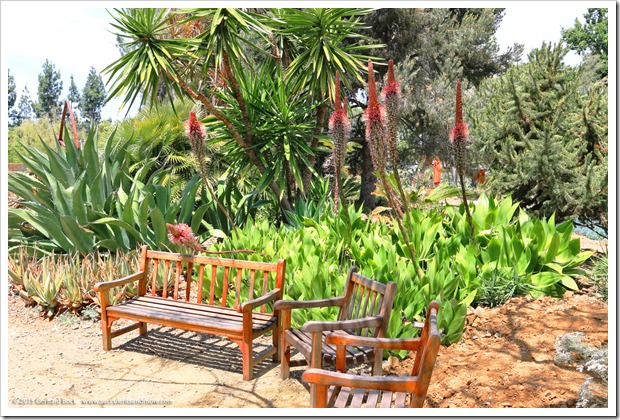 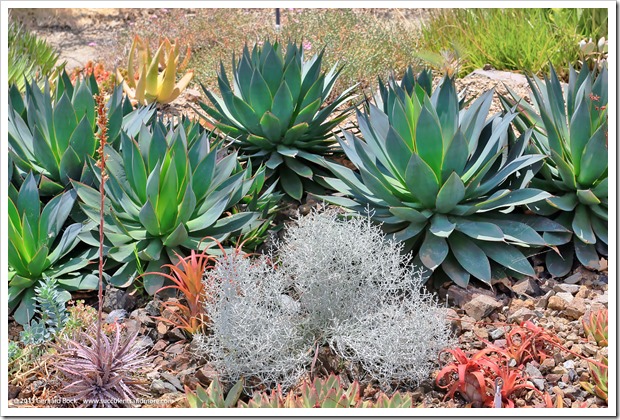 This little fellow in the foreground is Leucophyta brownii. I bought one at RBG’s spring sale. 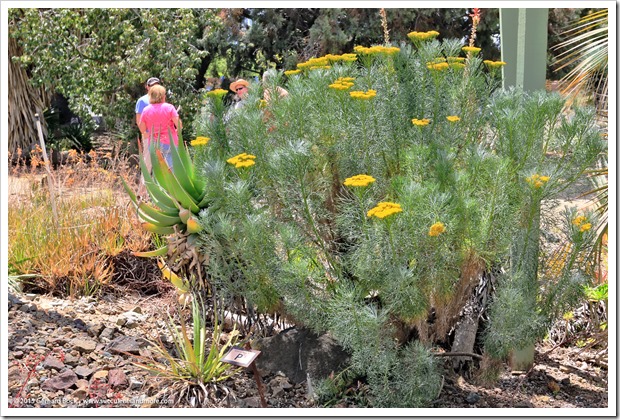 I’ve enjoyed following the progress of this colorful planting. It makes me think of an under-the-sea garden. 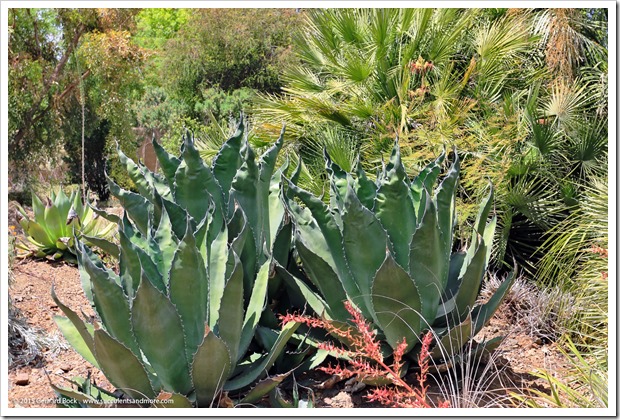 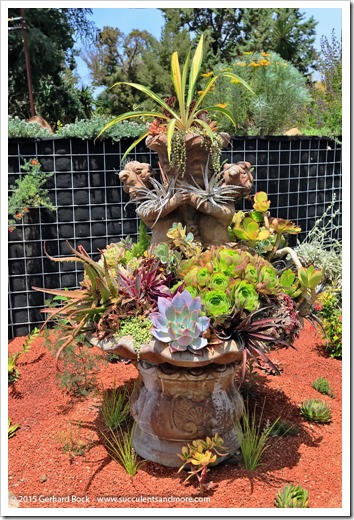 The good folks at the RBG have not been sitting on their hands. I saw lots of progress—new beds being built, new plants tucked in here and there, new lighting being installed so the garden can be used for evening events. Change is everywhere, and change is good.