While walking along the oceanfront in La Jolla on our recent spring break trip to San Diego, we came upon Casa de Mañana, a retirement home where succulents clearly take center stage: The plantings in front of the Spanish-style complex were colorful and multi-textured while needing little water (small patch of lawn excepted).

The focal point on either side of the driveway was a pair of Agave weberi ‘Arizona Star’, impressive in both stature and beauty. 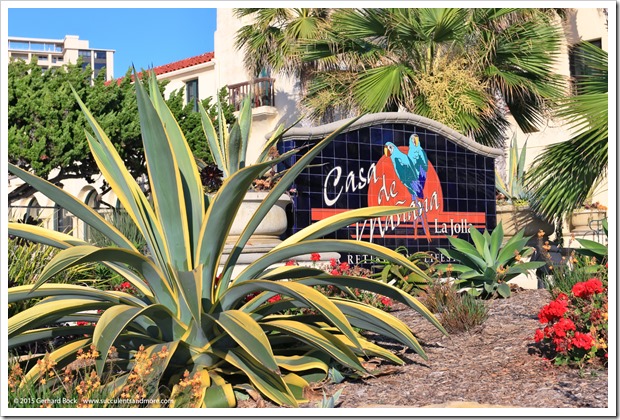 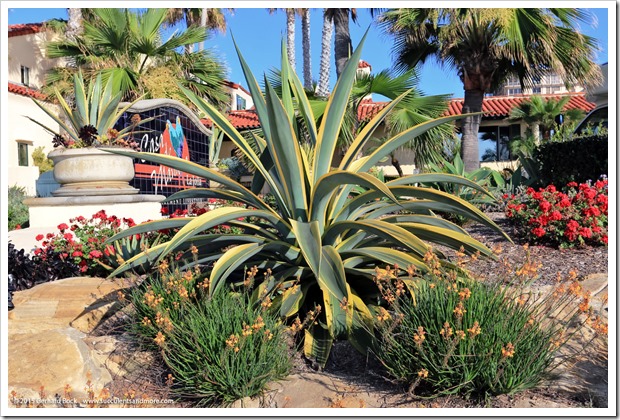 After seeing how majestic this variegated selection looks, I’ve decided that is what I want as the anchor plant for our upcoming front lawn removal project. 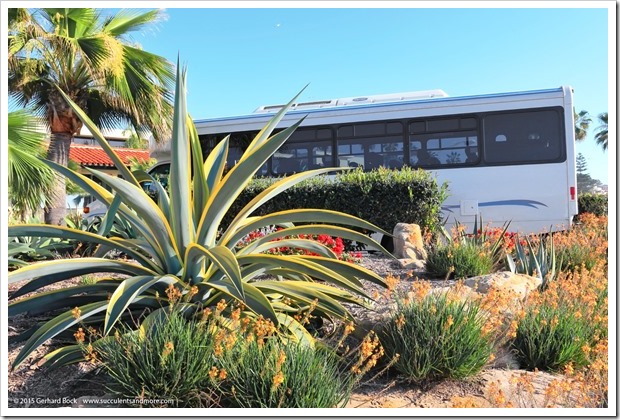 Another agave that left quite an impression was Agave guiengola. It’s not reliably hardy in our climate so you never see large specimens in Northern California. In contrast, the duo at Casa de Mañana was almost at full size. Very nice indeed. 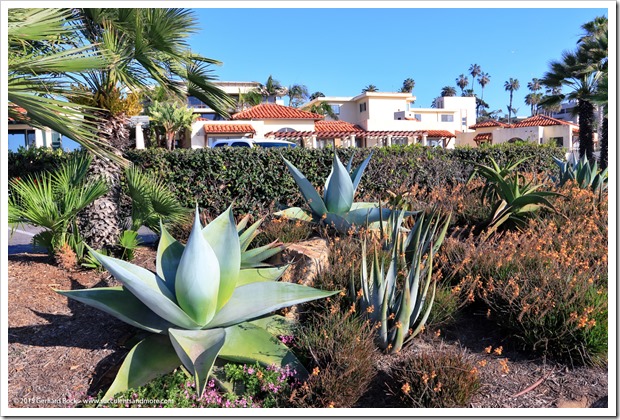 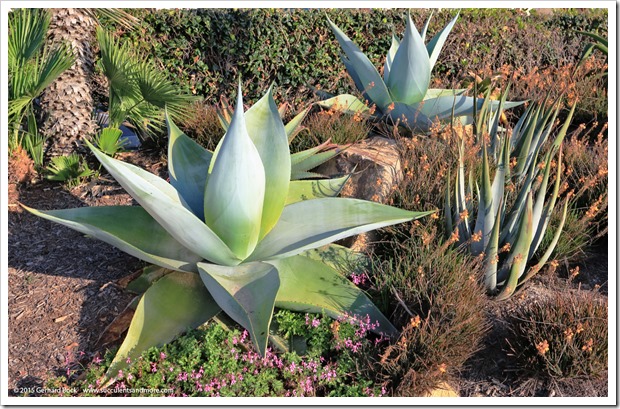 I was also drawn to the colonies of Aloe cameronii. It’s become one of my favorite aloes in recent years, both for its octopus-like form and the tomato-red hue it takes on in full sun. The landscaping at Casa de Mañana makes liberal use of Aloe cameronii. 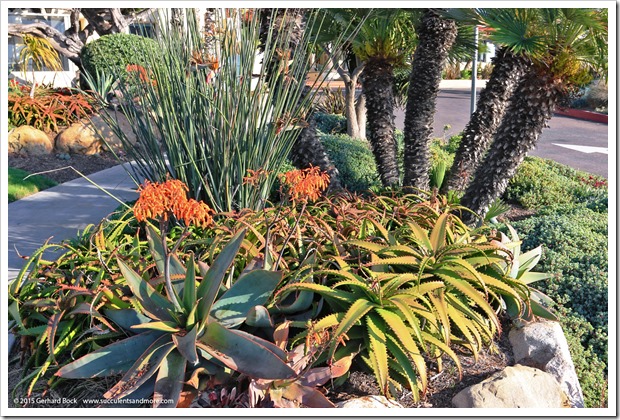 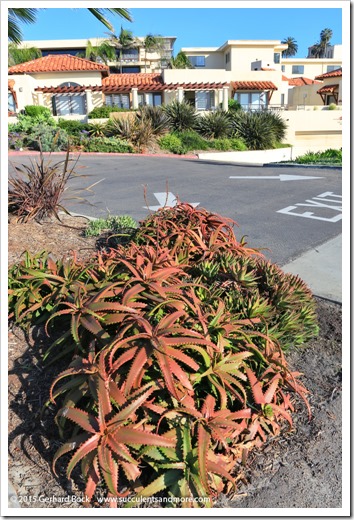 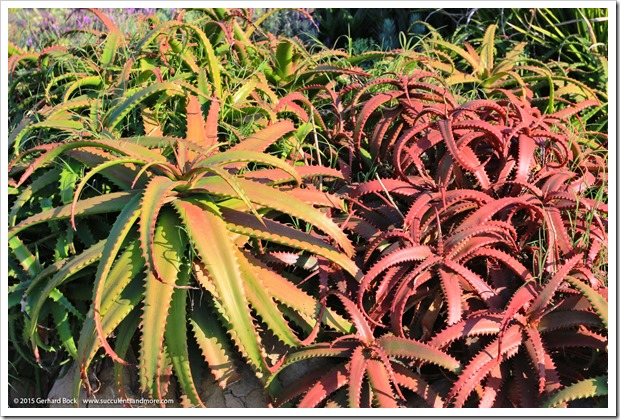 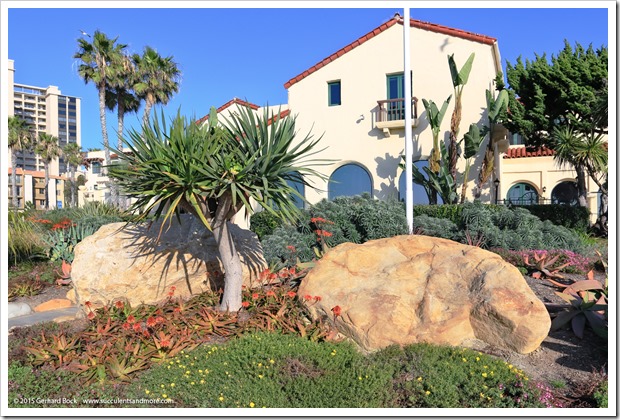 As you can see in the last two photos, there are some lawn areas adjacent to the sidewalk. While not large (I suspect there was much more grass in earlier years), they could easily be replaced with a more water-wise scheme. Maybe a carpet of Dymondia margaretae, ice plants (Delosperma, Drosanthemum, etc.) or even just decomposed granite or a similar material for some negative space. 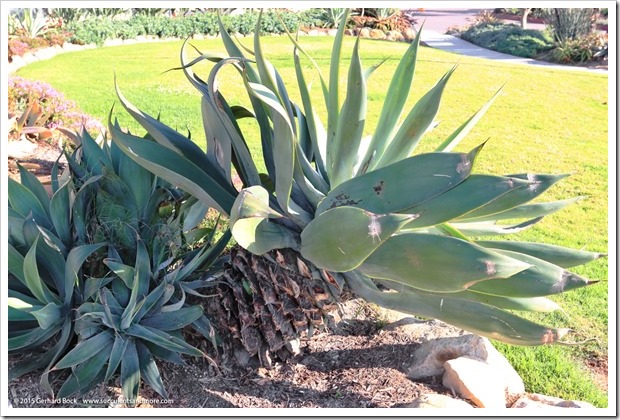 Older Agave ‘Blue Flame’ with quite a trunk 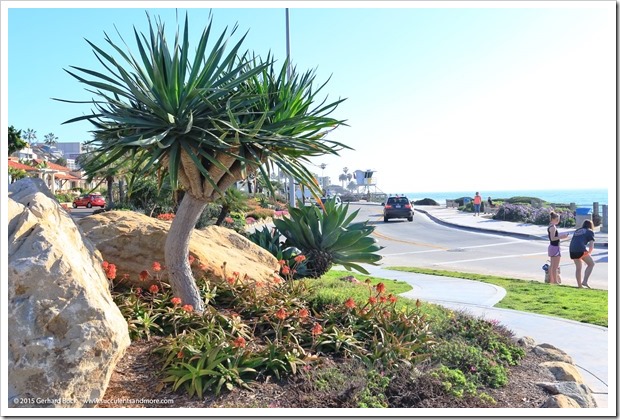 As you can see from the photo above, the location of Casa de Mañana is stunning. The original structure was built in 1924 as a resort hotel. During WWII, the hotel became a rest and recuperation center for U.S. Navy soldiers, and in 1953 it was converted into an upscale assisted living community. In the mid-60s adjacent properties were acquired and more buildings (cottages and a “villa”) were added. Today the facility encompasses 5 acres, and while the interior has been renovated and upgraded multiple times, the exterior has remained largely unchanged (source).

I love the climate of La Jolla and if I ever wanted to moved into a retirement home and had the required $$$, Casa de Mañana would be a great place. Maybe they’d give me a discount if I agreed to maintain the succulents out front.