If from yesterday’s post you guessed that we’re headed to the Canadian province of British Columbia, you would be correct. But we’re not there quite yet. Day 1 (really just a half a day) and day 2 were spent in Portland, Oregon, one of my favorite cities in the U.S. You may remember that I attended the 2014 Garden Bloggers Fling in Portland just about a year ago. I have very fond memories of the many gardens we visited. I haven’t even blogged about all them yet but am slowly catching up.

We spent Tuesday evening with Loree Bohl of Danger Garden fame and her husband Andrew. Loree made the best margarita I’ve had in a long time, and we had dinner at an Iraqi restaurant in NE Portland I can highly recommend: Dar Salam. 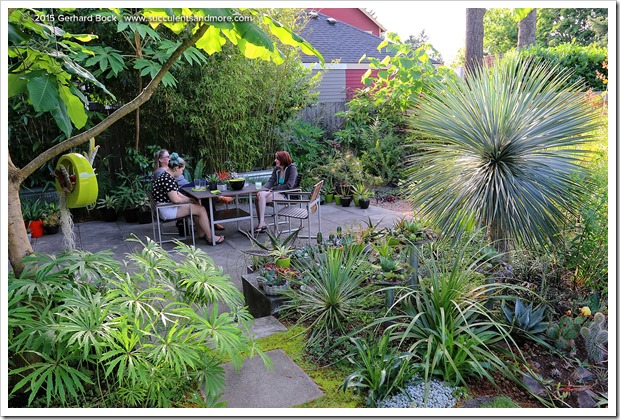 Here’s a collage of some of the photos I took at the Danger Garden. I’ll have a dedicated post later. 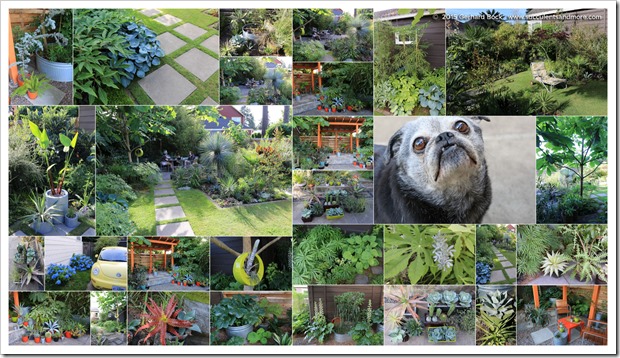 Collage of photos I took in Loree’s Danger Garden

I also had the pleasure of visiting the garden of new Portland friends, Doug and Bruce. Their recently remodeled backyard has an impressive collection of potted succulents. Again, a dedicated post will follow. 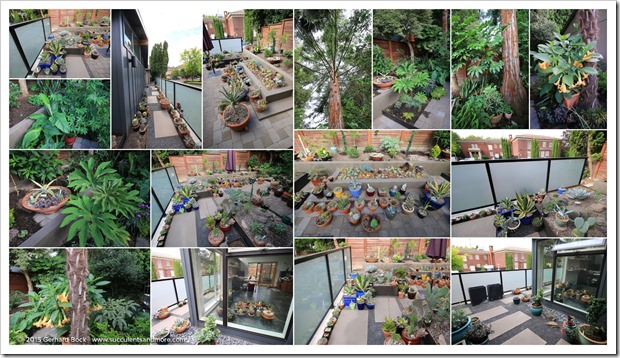 Doug also introduced me to yet another Portland gardener, Pat Moore. Pat’s garden was recently redesigned by Doug’s husband Bruce. Unbeknownst to me, Loree had visited Pat’s garden in 2014 as part of the Association of Northwest Landscape Designers Garden Tour. It seems that in Portland everybody knows everybody—or at least they know somebody who knows somebody who knows somebody else. Kind of like the horticultural version of six degrees of separation. 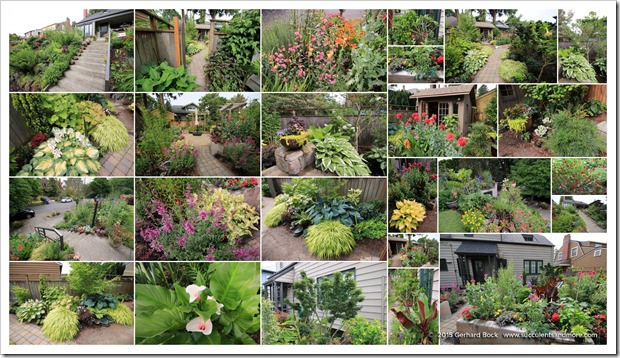 But Portland isn’t all about gardens. Traveling with my wife and kids, my goal is to allow plenty of family time. Today that meant visiting Powell’s Books, with 1.6 acres (6,300 m²) the largest independent bookstore in the world, as well as Voodoo Doughnut, a major attraction for sweet tooths like ourselves. Here’s my tribute to Voodoo Doughnut: 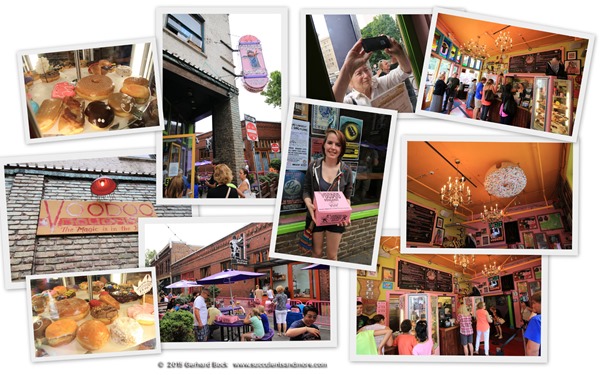 I’ve also been posting the occasional snapshot on Instagram. If you don’t follow me there yet, please do so now.