Contrary to what some people have said, I maintained as recently as four weeks ago that palo verde trees (Parkinsonia sp.), specifically the ‘Desert Museum’ hybrid, are not messy. The leaves are so tiny that even if they were to fall en masse—not likely to happy since palo verdes are evergreen except in very cold winters—they would amount only to a fraction of the leaf litter you get from a larger-leafed street tree.

The biggest source of debris is from the flowers. Below is our most floriferous ‘Desert Museum’. The first flowers opened toward the end of April. Now, at the beginning of June, the tree is still a solid mass of flowers. If this continues for another two weeks, as I expect it will, we’ll have had a good seven weeks of flowers. That’s pretty impressive in my book. 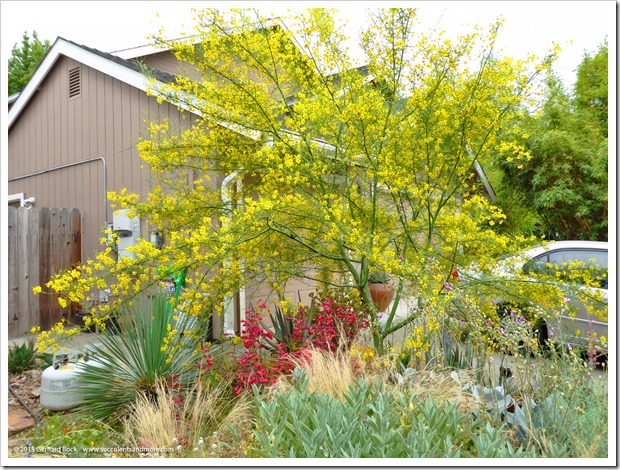 The yellow flowers look striking by themselves and in combination with the red blooms of Penstemon ‘Firebird’ and the bluish-green leaves of Yucca rostrata. 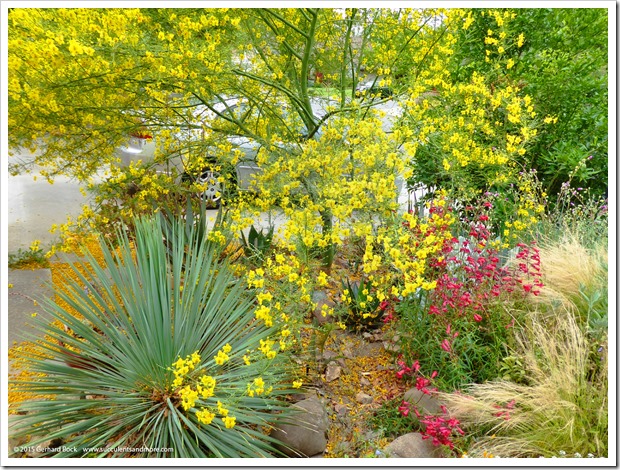 Since we haven’t had a good windstorm in a while, the fallen petals do aggregate on the driveway, inside rosette-forming plants like agaves, and in pots. 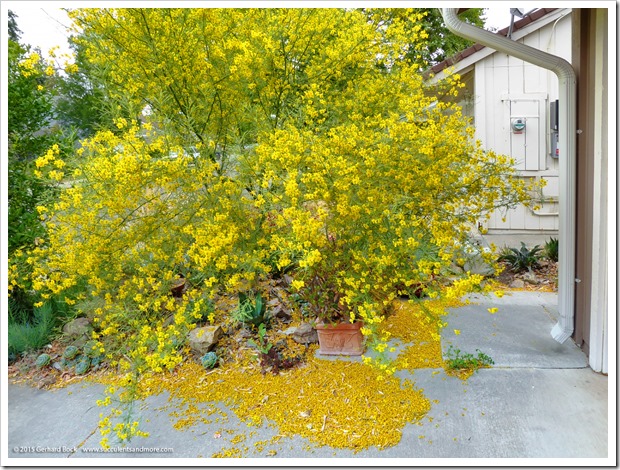 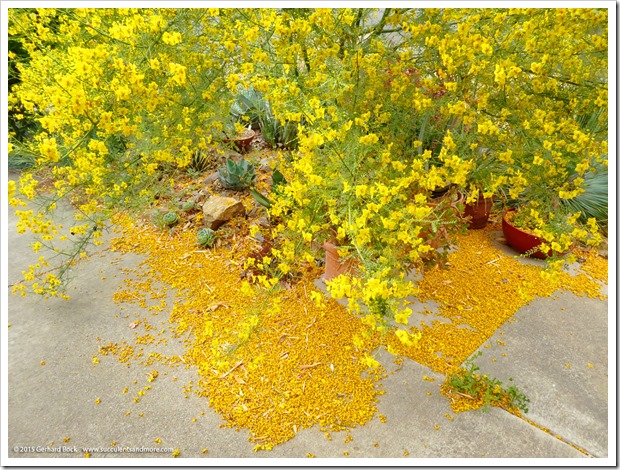 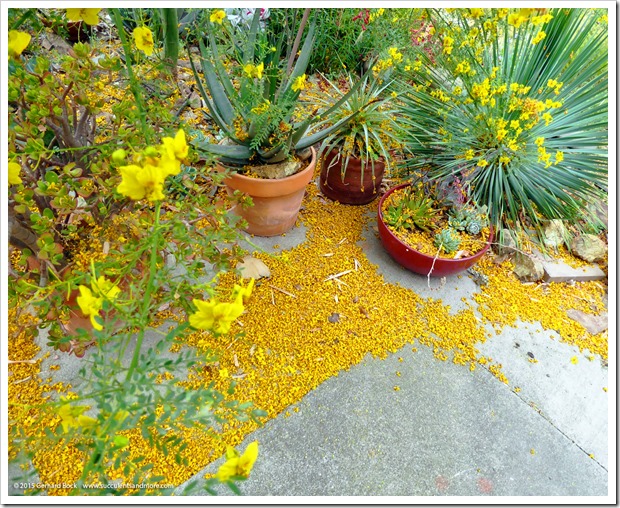 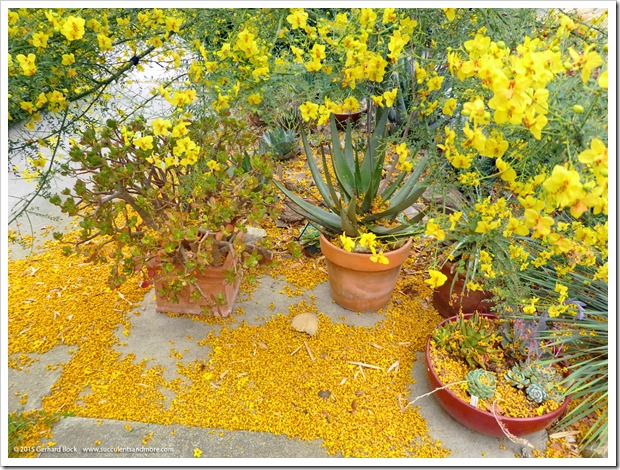 Personally, I love this sea of gold but I can no longer claim that ‘Desert Museum’ is completely litter-free. No tree is, except the plastic kind. Whether you find this amount of debris acceptable depends on personal tolerance. For me, it’s not a big deal because the dried up flowers at least look good. And a strong gust of wind—or a leaf blower—would take care them in no time.

Bottom line: I still think that palo verde ‘Desert Museum’ is a top-notch choice for a small tree in a water-wise landscaping scheme since it combines so beautifully with succulents and California, Mediterranean and southern hemisphere natives. Hardy to the mid teens, ‘Desert Museum’ is suitable for zones 8b and up. ‘Desert Museum’ easy to find in Arizona and Southern California but still somewhat of a rarity in Northern California. I hope that will change as more and more homeowners are removing their lawn and switching to more climate-appropriate landscaping.

(If you live in the greater Bay Area or the Sacramento Valley and have a pickup truck, the Ruth Bancroft Garden nursery has ‘Desert Museum’ in 24-inch boxes. I spotted two just yesterday.)