Day 4 of our summer trip was spent in Seattle. Even before we left our hotel by the airport we heard about the U.S. Supreme Court’s decision ruling in favor of marriage equality. The rainbow flag was flying over the headquarters of Starbuck’s as we drove (or rather crept) by on the freeway. It was a great day for America, and a great day for us, filled with dazzling visuals and indelible impressions. 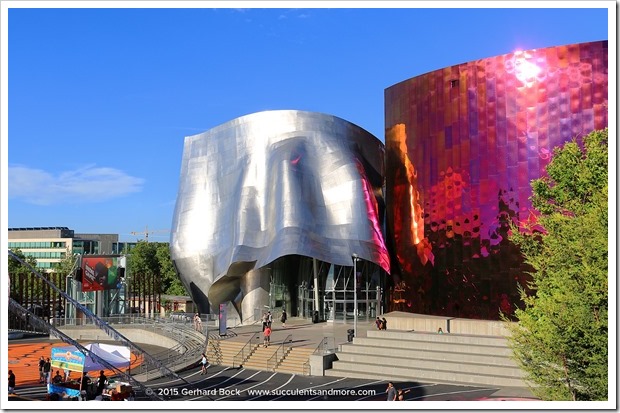 I’d been to Seattle before, but only very briefly, so I consider this my first real visit. The weather was perfect, albeit a bit on the warm side for Seattle, and the Seattle Center where we spent most of the day, was thronged with people.

Our first was stop was at EMP Museum, the brainchild of Microsoft co-founder Paul Allen. EMP stands for Experience Music Project, but it encompasses not just music but all kinds of popular culture. The 140,000 sq.ft. building was designed by Frank Gehry, probably best known for the Walt Disney Concert Hall in Los Angeles and the Guggenheim Museum in Bilbao, Spain. The EMP Museum opened its doors in 2000 and is celebrating its 15th birthday this year.

The exhibits were fantastic, especially the ones relating to the movies (horror, fantasy, science fiction), but I kept getting distracted—in the best way possible—by the architecture. It’s breathtaking, inside and out. I’m not sure if the collage below is large enough to show you all the crazy angles; I think I’ll have to have a dedicated post about the EMP even though it doesn’t have anything to do with plants or gardening. 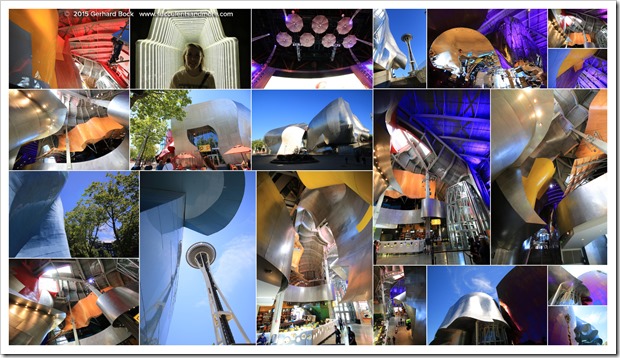 Right behind the EMP Museum is Seattle’s best-known landmark, the Space Needle. In fact, it has such an iconic shape that most Americans would instantly recognize it. Built for the 1962 World’s Fair, its popularity has remained undiminished. According to the information displayed on a giant wall of monitors on the observation deck level, 55 million people have visited the Space Needle since its inauguration. 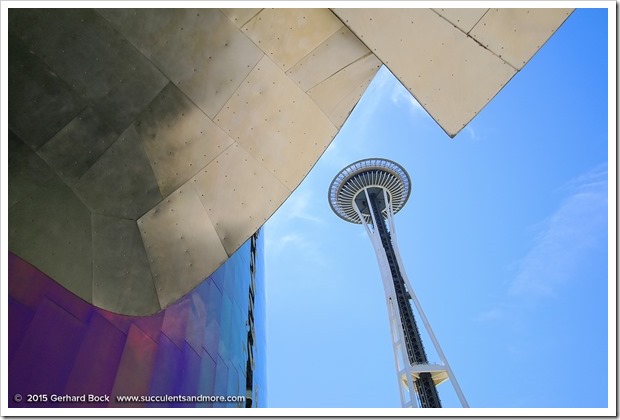 I took dozens of photos of the Space Needle from every conceivable angle. Here are some of them: 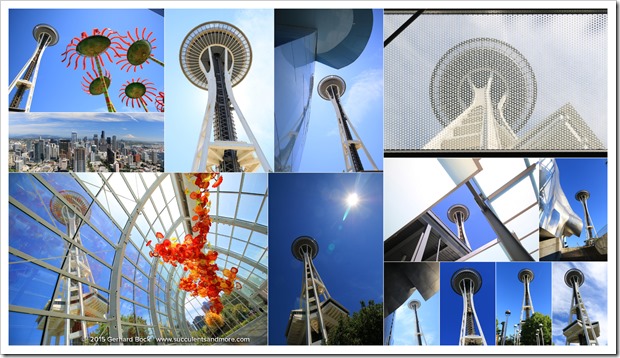 Located next to the Space Needle, Chihuly Garden and Glass was my favorite destination of the day. This new museum (opened in 2012) showcases the glass art of Dale Chihuly whose sculptures I had seen at the Desert Botanical Garden in Phoenix, AZ in 2013. The interior exhibits are amazing enough, but the star of the complex is the Glasshouse. Wouldn’t it make the most perfect (not to mention beautiful) greenhouse? 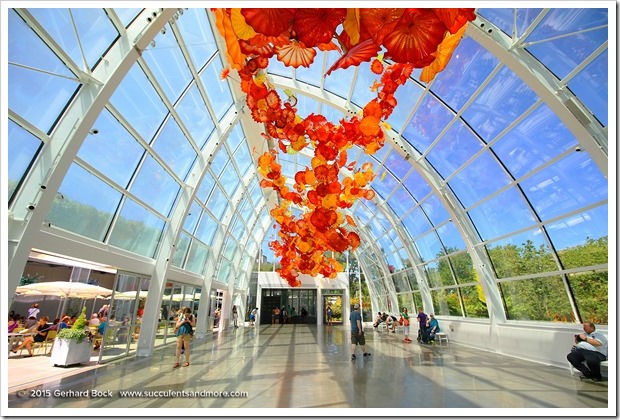 I’ll have a separate post about the garden. The color palette of the flowering plants perfectly matches the Chihuly pieces installed everywhere. Later in the day, the sun-lit Space Needle reflected in many of the glass spheres. It was such a magical sight, it almost brought tears to my eyes. 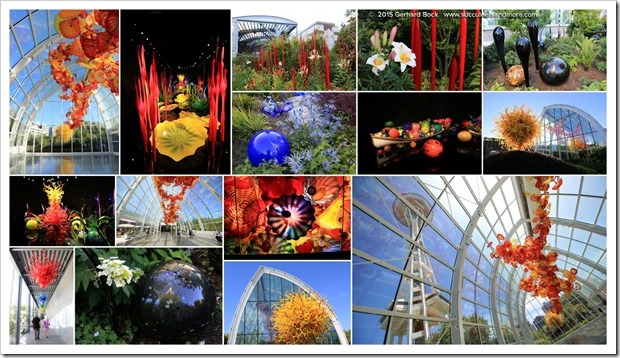 In the evening we took the Seattle Center Monorail to the Westlake Center, a shopping mall in downtown, and walked down to Pike Place Market overlooking Elliot Bay. Apparently this where you go for “local color.” We saw quite an impressive display of that; take a closer look at the collage below and you’ll see what I mean. 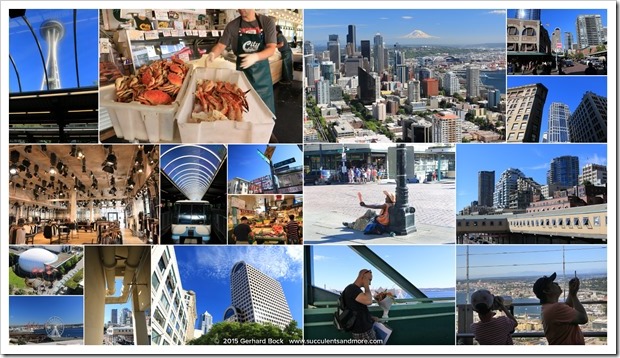 Unfortunately I didn’t have time to visit any of Seattle’s famous public gardens—such as Dunn Gardens, Kubota Garden and the Bloedel Reserve—but there’s always next time.