The next garden we visited on the Garden Conservancy’s East Bay Open Day tour was a 5-acre hilltop property in Lafayette dubbed “Rancho Diablo.” The approach was dramatic: After driving up several narrow streets, we ended up at an open area near the top where we were instructed to park our car. We then walked the remaining 1/4 mile while enjoying breathtaking views of the hills to the south. 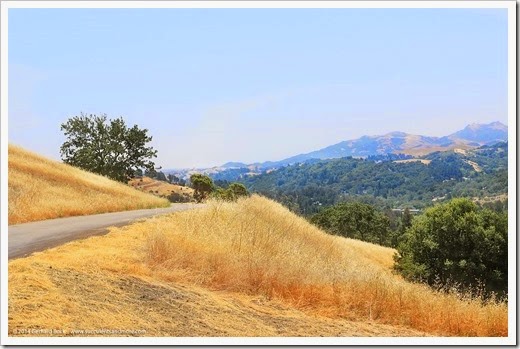 After rounding the last bend in the road, this is the vista we encountered: 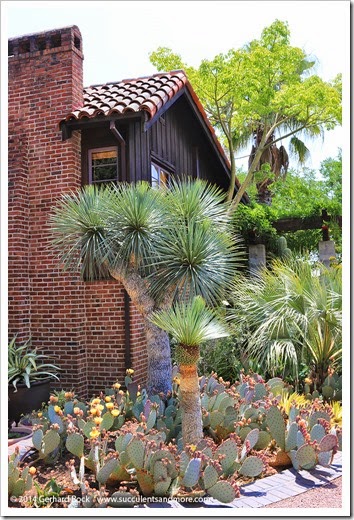 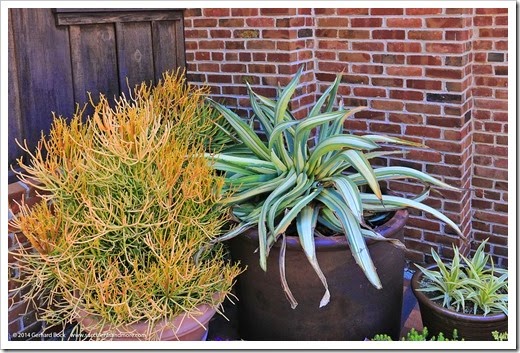 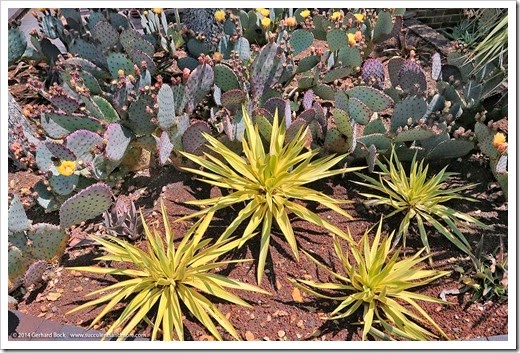 And that was just the beginning. 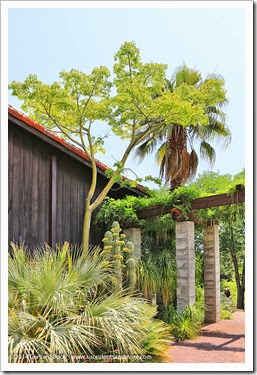 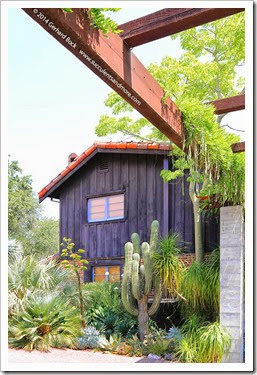 Walking around the south side of the house took us to the most amazing private succulent garden I’ve ever seen. 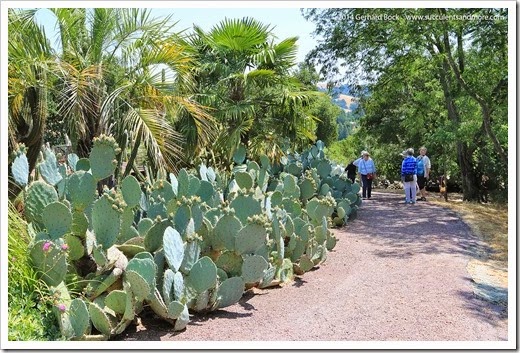 It looked like a miniature version of Lotusland! According to the official description, “[the] cacti and succulents which wrap the house were inspired by the collections of Ruth Bancroft.”

Like a kid in a candy store, I didn’t know where to look first. 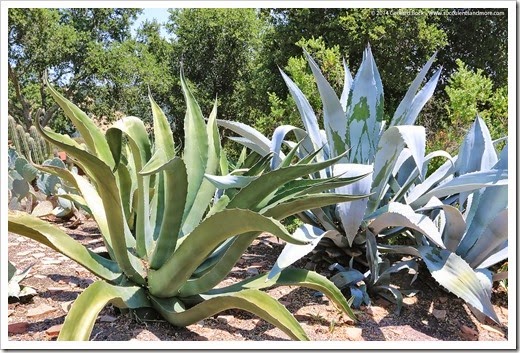 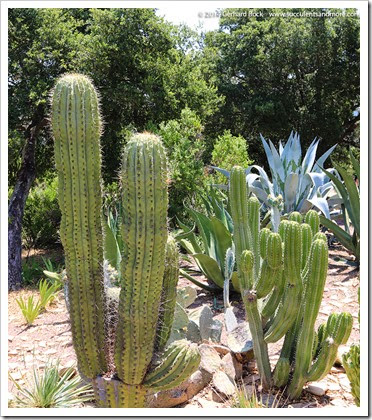 The cactus hill was particularly impressive, with golden barrel cacti seemingly tumbling down the slope. 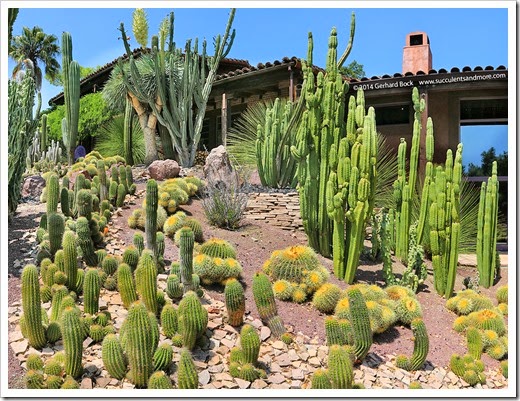 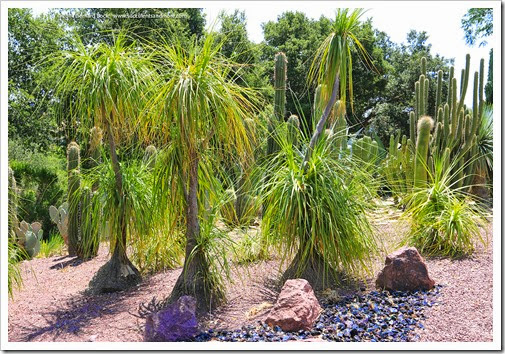 Ponytail palms (Beaucarnea recurvata). As beautiful as they are individually, they look even better when grouped together. 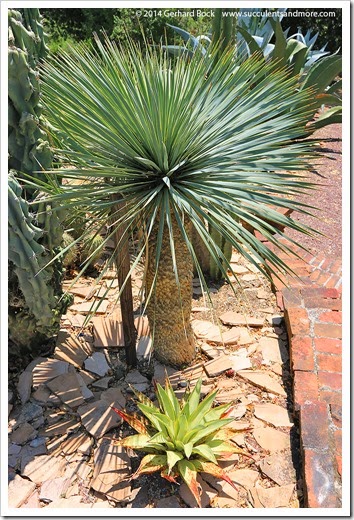 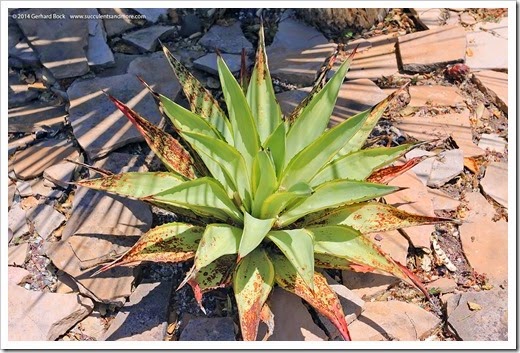 Agave desmettiana ‘Joe Hoak’. The browning on the leaves might be frost damage from the cold spell last December. 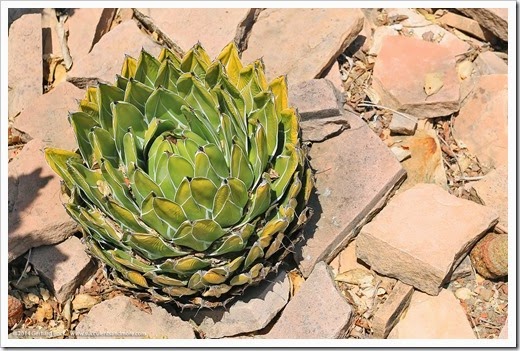 Agave victoria-reginae, looking like it needs a little less sun and a little more water

As impressive as the plants were, I found the hardscape to be equally interesting. Look at the swale of obsidian chunks suggesting a streambed! 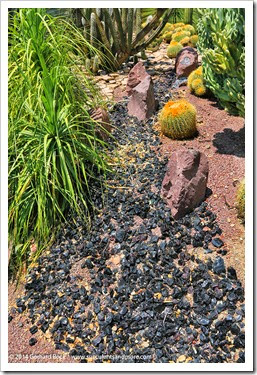 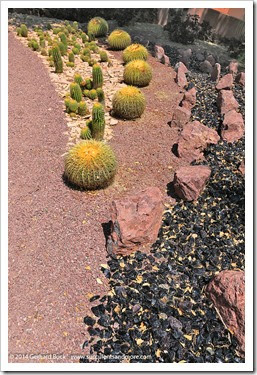 Or this stacked rock wall made of flagstone pieces! 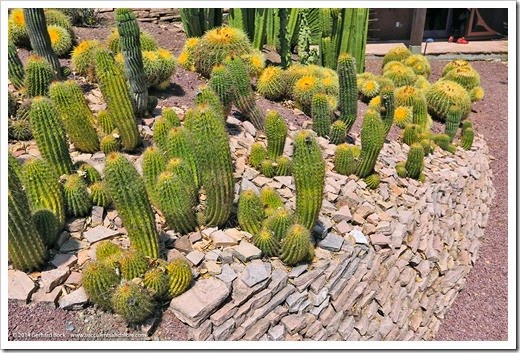 The house itself was magnificent as well. Originally built in 1928, it was restored by the current owners in the late 1980s. While the older part of the house reminded me of a Mexican hacienda, the addition you see below has a modern feel. It opens out to a beautiful infinity pool. 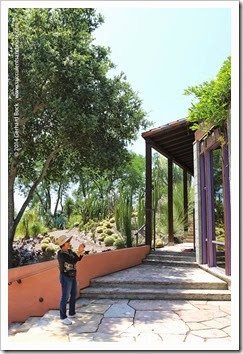 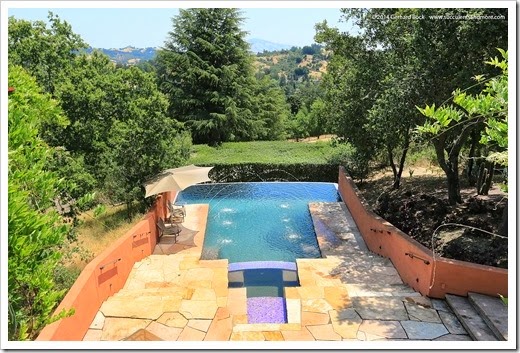 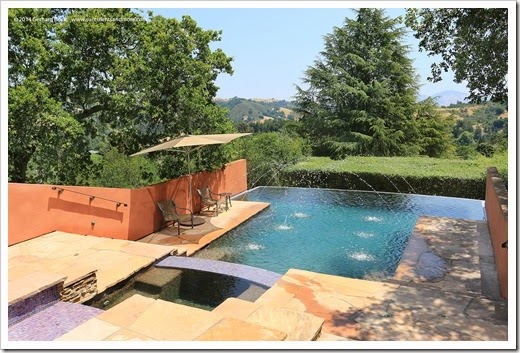 In part 2 I will show you more views of the cacti and succulents near the house as well as a secret garden a little ways down the hill that took me by complete surprise.

OTHER ARTICLES ON THIS GARDEN: