The second house I visited last Saturday as part of the Garden Conservancy’s Marin County Open Day was all about the view. It is located in the phenomenally affluent community of Belvedere,  which, according to Wikipedia, had a per-capita income of $250,000 of in 2000. In other words, if you had a family of four, your household income would have been a cool million. And that was 13 year ago! I know that things like that shouldn’t be foremost on your mind when you do a garden tour, but in Marin County, it’s hard to shake the $ signs dancing in your head.

This property, dubbed “Bay View Terraces,” was described like this in the Garden Conservancy Directory:

Nestled on a hillside above Belvedere Cove, this garden includes many sweet spots to admire the sweeping views of Angel Island and the San Francisco Bay. The house and garden were recently renovated. Many of the old stone garden walls still exist, while new walls were constructed with special attention to blend the new and old. The garden includes as series of stone-paved terraces linked together by curvilinear stone walls and stairways with custom-designed metal railings. The garden spaces are planted with lush, flowering plants that thrive in part shade. Other features include a cozy fire pit and a secret pollinator garden.

And that’s pretty much all I can say. I tried to focus on the hardscape, which was beautifully done, and on the plantings, which were climate-appropriate, but I kept getting distracted by those darn views! 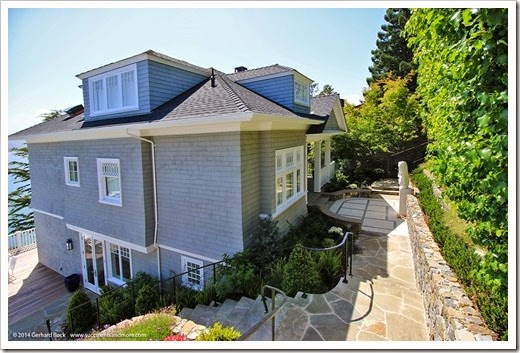 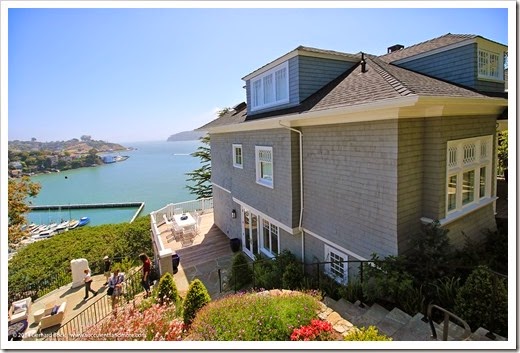 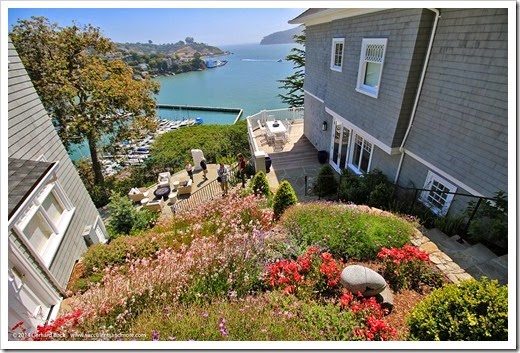 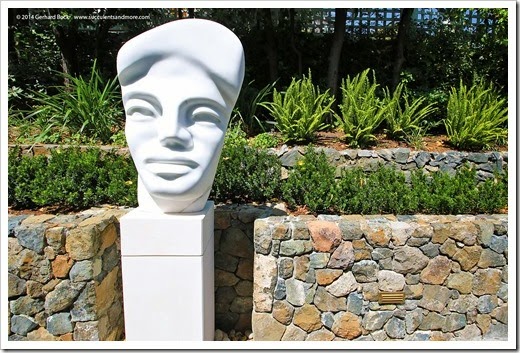 A few well-placed statues contributed a touch of art 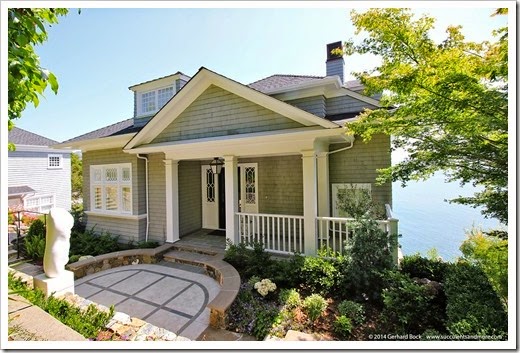 I love the California Craftsman style of architecture. This house did not seem out of place or out of scale although it was larger than this view suggests (there are multiple levels). 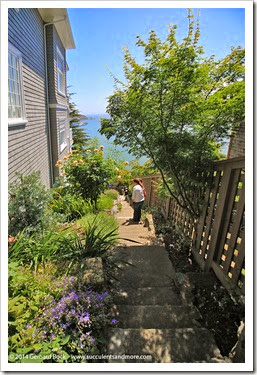 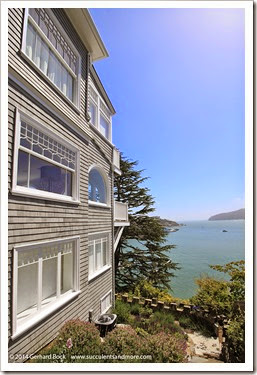 Very steep steps next to the far side of the house 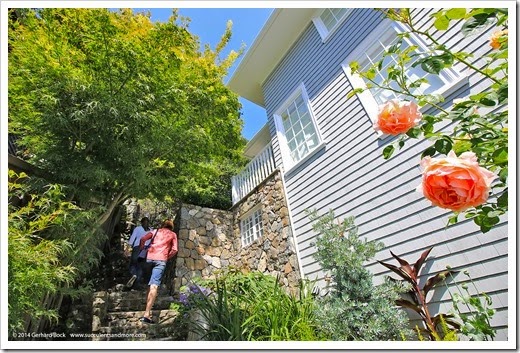 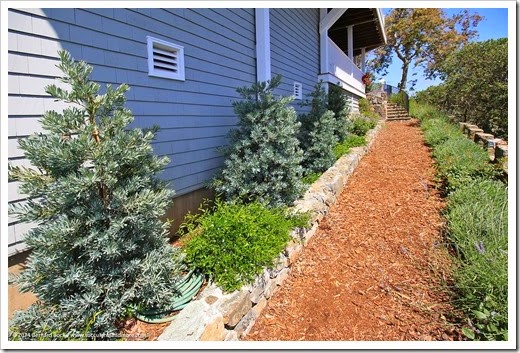 A row of very blue podocarpus as foundation plantings

View from the top level

View from the terrace level 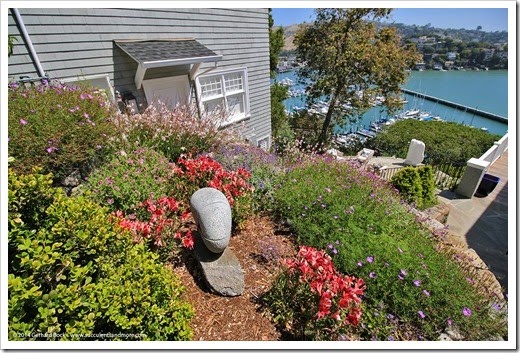 View from the entrance to the garden 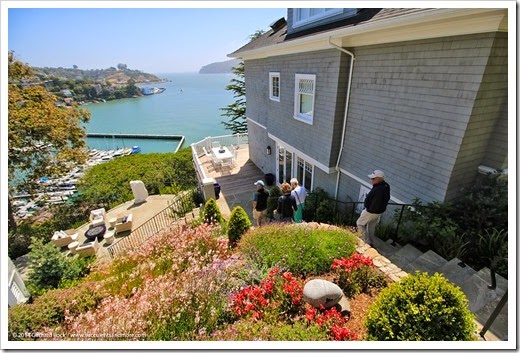 The terraced beds are nice, but they can’t compete with—the view!

The entire neighbor was beautiful. 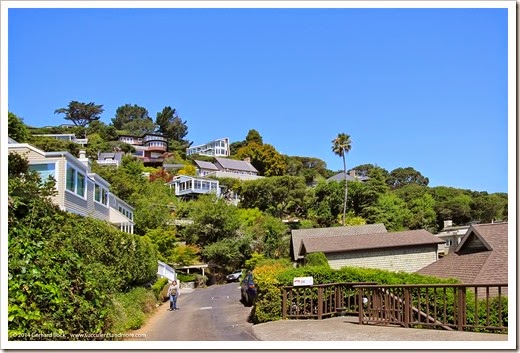 A neighboring house in a similar Craftsman style. 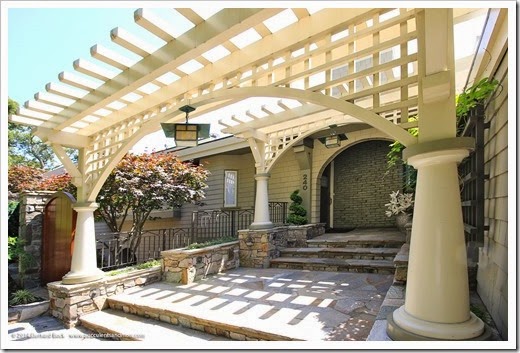 Life definitely seems to be sweeter in Belvedere. Maybe I could have a second career as a professional house and garden sitter in Marin County after I retire…