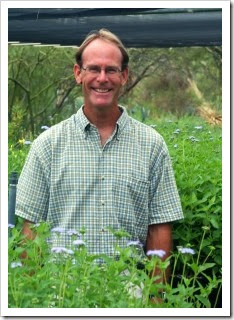 Last December I visited Greg Starr, one of the country’s leading agave experts, at his home in Tucson, Arizona. Tomorrow, Monday, June 23, 2014, Greg will give a presentation entitled “Agaves: Living Sculptures” at the Sacramento Cactus and Succulent Society. Here are all the relevant details:

Agaves are uniquely beautiful and useful plants for a drought-tolerant landscape. They are at home in variety of landscaping schemes and combine well with other perennials that make do with little water. However, many gardeners know very little about these “woody lilies” from Central and South America. Greg Starr’s presentation, “Agaves: Living Sculptures,” will shed light on these very special plants. Greg will talk about his 20+ year passion for agaves and how they can serve as a focal point in a modern drought-tolerant landscape. 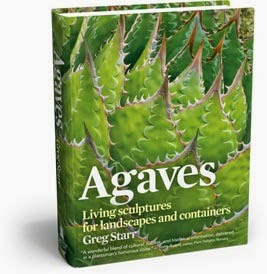 Greg Starr is a leading proponent of xeriscaping in the American Southwest. He is well known as an expert on low-water-use plants and has spent most of his life popularizing and promoting the use of xeric plants such as agaves. Greg owns and operates Starr Nursery, which specializes in agaves, cactus, and xeric shrubs. He has traveled extensively in agave country, both in Mexico and the United States, to study and photograph agaves in their habitats. Greg’s most recent book is Agaves: Living Sculptures for Landscapes and Containers (Timber Press, 2012).

Greg will bring plants from his nursery, including a large selection of agaves, and he will sell and sign his book.

The event is free to the public. You do NOT need to be a member of the Sacramento Cactus and Succulent Society to attend—but if you want to join, you can do so at the meeting. The yearly dues are only $15.