The third and final garden I visited a couple of weeks ago as part of the Garden Conservancy’s Marin County Open Day was located in San Rafael, the county seat of Marin County. San Rafael is larger and somewhat less affluent than the smaller enclaves to the south but real estate prices are still stratospherically high.

In the Garden Conservancy Directory; “Modern Layers” was described like this:

As part of a major house renovation, the garden was revisioned, creating a bold, fresh design supporting the house's horizontal lines. Terraced levels comprised of concrete pads, board-form concrete walls, olive trees, and large masses of plants in geometric forms create distinct layers of contrasting colors stepping up the slope and providing privacy from the street. The backyard is a departure in form and materials, with a stone gabion wall, concrete pads mixed with gravel, a Corten steel fire pit, and soft, organic layers of grasses and flowering perennials.

From the street, the property looked surprisingly modest: 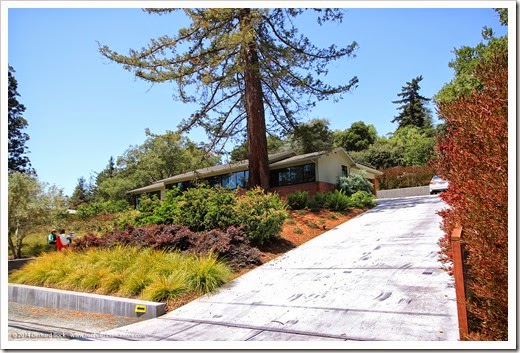 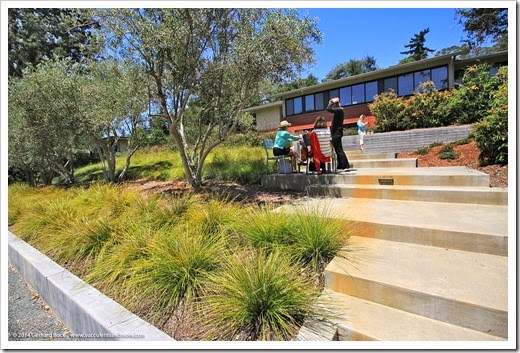 The plant palette was very limited, with drifts of the same species repeating in soft layers. 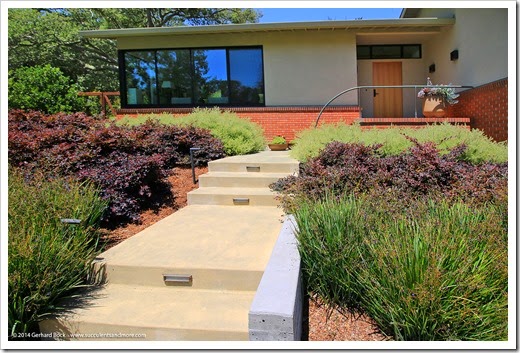 The colors were subdued, dominated by dark purples and greens. 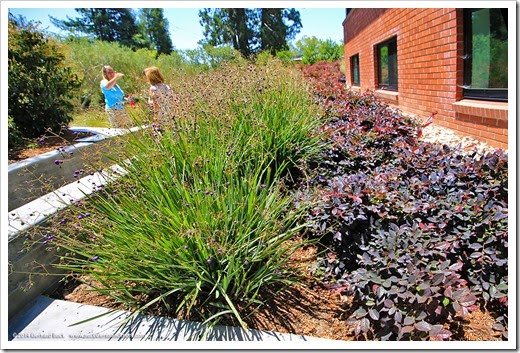 Ornamentation was minimal. The front entry had a few pots filled with succulents… 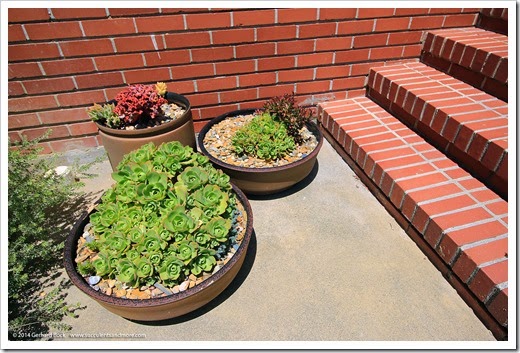 …the largest being this container full of echeverias. 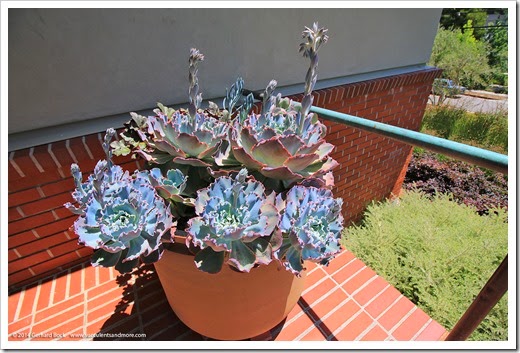 Finding the front of the house to be too spartan to hold much appeal, I was hoping the backyard would be more interesting. And it was. There is a lot of hardscaping here, including large concrete decks and stairs and of course a gabion wall (more later). 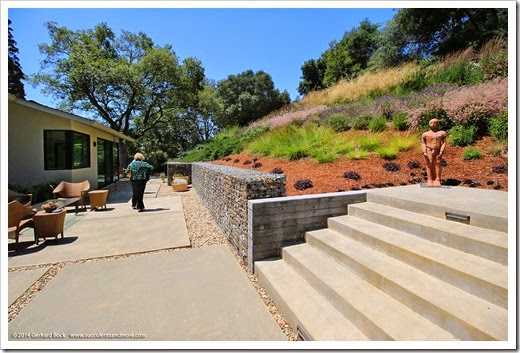 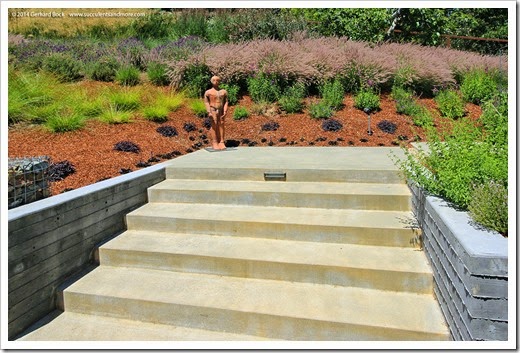 The plant palette is again very limited, but I found the result to be more pleasing than in the front of the house. 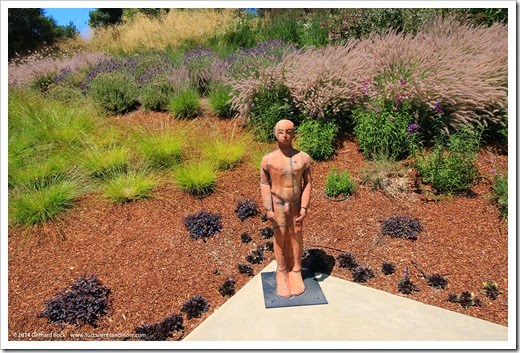 In fact, the drifts of grasses, lavenders and penstemons had a very restful effect. 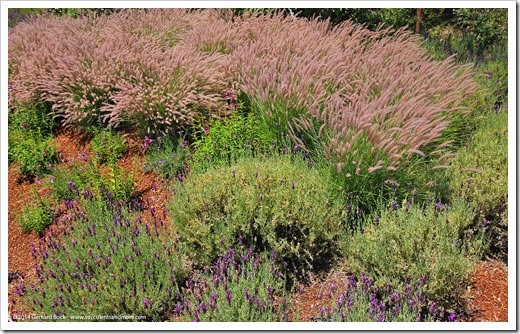 Not in a million years would I ever be able to exercise this much restraint in my own garden, but not everybody wants a riot of plants like I do. 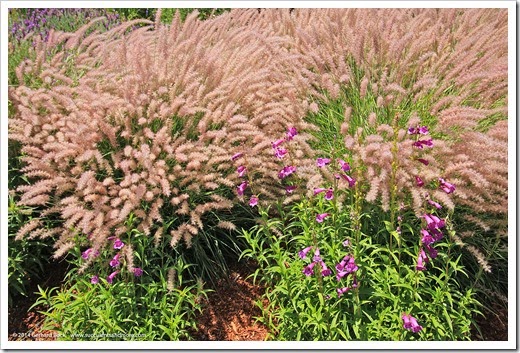 One level up from the main area was another deck, replete with room for dining and relaxing. It’s reached via the steps you saw earlier. 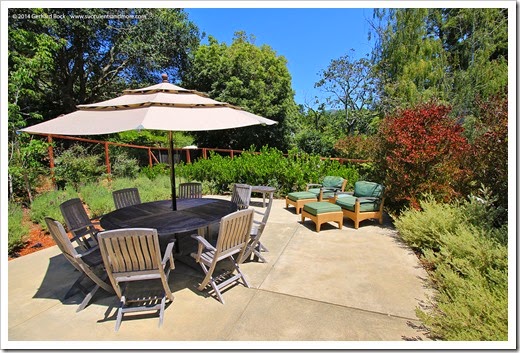 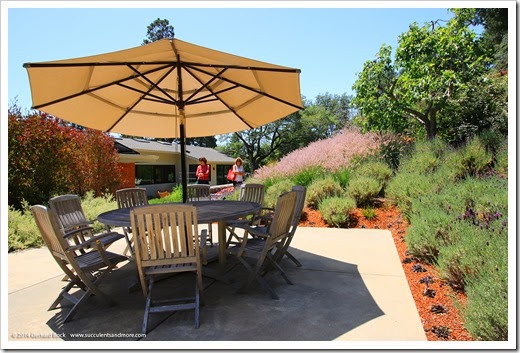 From here you have the nicest view of the backyard: 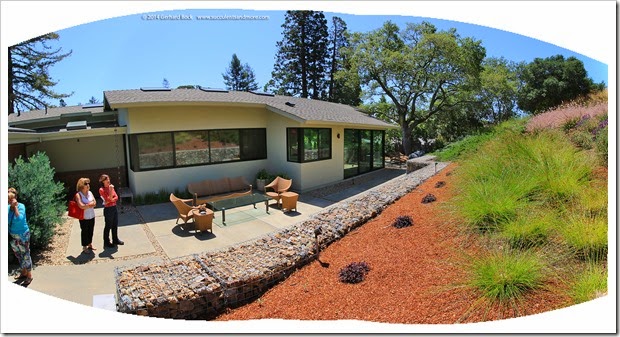 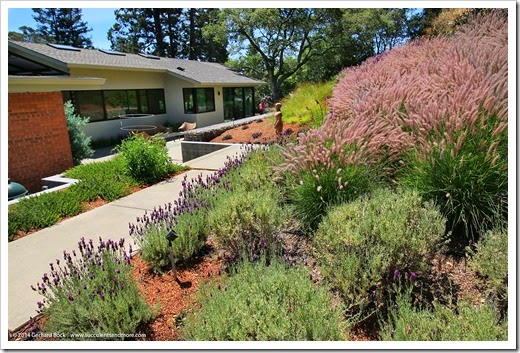 Back down at the main level, I walked along the gabion wall to the back corner. 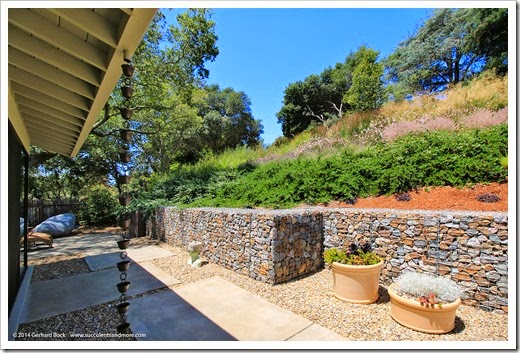 Without a doubt, the gabion wall was the standout feature of this property. I loved it, but I overheard another visitor who thought it was ugly as sin. He was speculating whether the homeowners had stolen the materials from the California Department of Transportation. 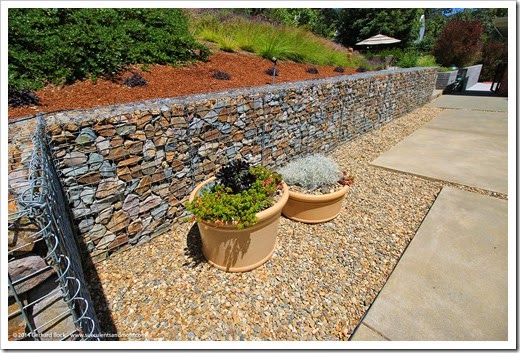 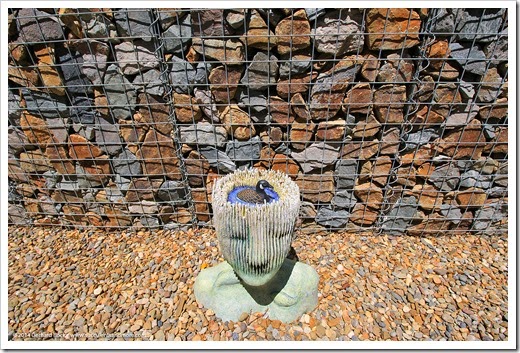 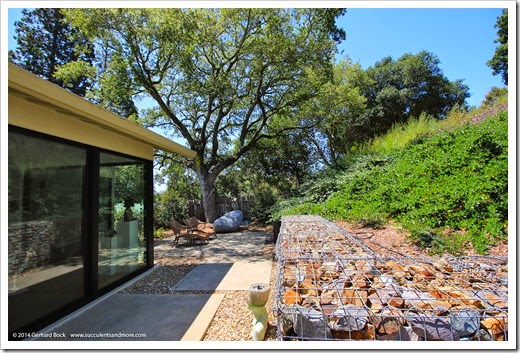 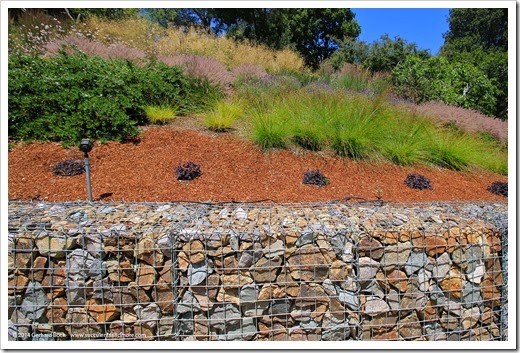 In the back corner there was another space to relax as well as a Corten fireplace. It was very simple and completely devoid of the over-the-top frilliness you often encounter in expensive homes. I really liked it. 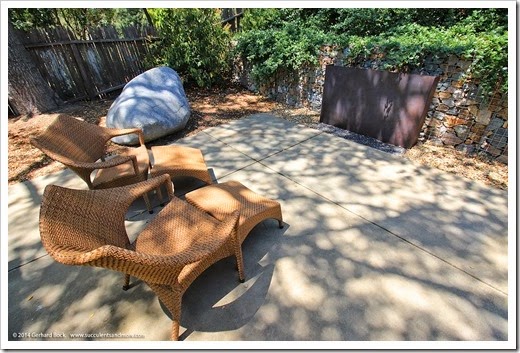 While individual features of this garden—especially the gabion wall and the Corten fireplace—appealed to me, I found the overall effect to be oddly uninvolving. Maybe because there was too little visual diversity? Or maybe because, taken together, the design was just too low key.