Our chaste tree is flaunting it

“Flaunt it if you’ve got it,” that was the motto of disco queen Donna Summer. Our chaste tree (Vitex agnus-castus) seems to have taken a page out of her book. It’s certainly flaunting it!

Planted by yours truly from a 4-inch pot in 1999, it has turned into a 15-foot tree. Until this spring it had been crammed by the Pittosporum tobira hedge we took out to create our new desert garden bed. Instead of only growing up, towards the sun, its branches now have the opportunity to grow out. 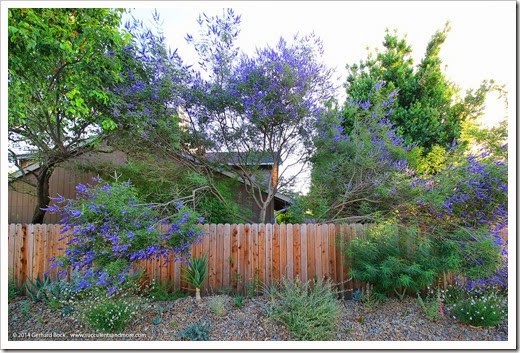 Vitex agnus-castus is native to southwestern Europe and western Asia, but it has long become established through the U.S. Southwest and California. In fact, it is a staple of drought-tolerant landscaping in much of the West, owing to its fast-growing nature and its beautiful leaves and flowers. Hardy to -10°F, it can be grown in zones as low as 6a. 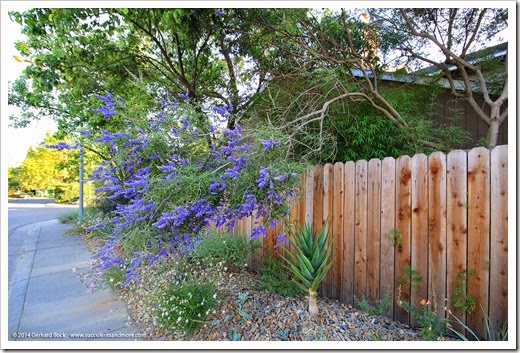 In some parts of the country, the chaste tree is considered invasive, presumably because of the copious amounts of seeds it produces. In our own garden, however, I have yet to find a single seedling. Maybe our tree is sterile? Or maybe our climate is too dry so the seedlings die after they sprout?

In case you’re wondering why it’s called “chaste tree:” It is said that in the Middle Ages monks ingested the berries in order to fight impure thoughts. I’m not sure how well that worked out for them, but it gave the tree its other common name, “monk’s pepper.” 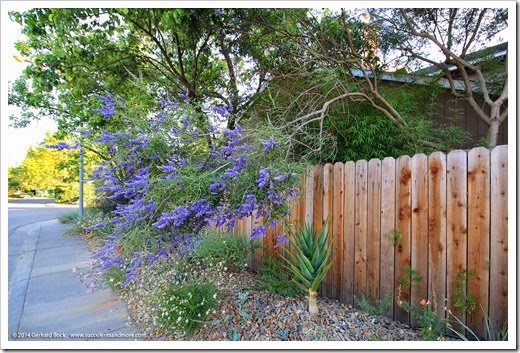 A few days go, Austin garden maven Pam Penick wrote about her own chaste tree. She cuts hers back to 8-12 inches every year to keep it shrub-sized. Clearly, I’ve not exercised a similar amount of discipline. 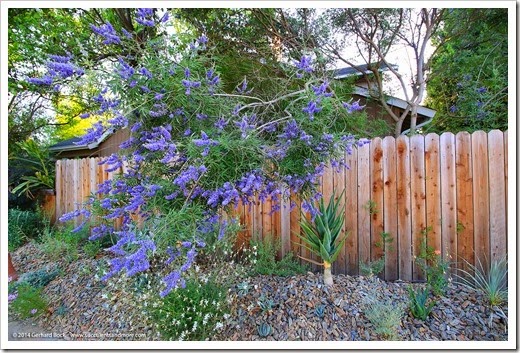 I love the profusion of flowers but I also realize that the branches that are virtually resting on the fence now are grossly out of proportion to the rest of this space. They need to go. 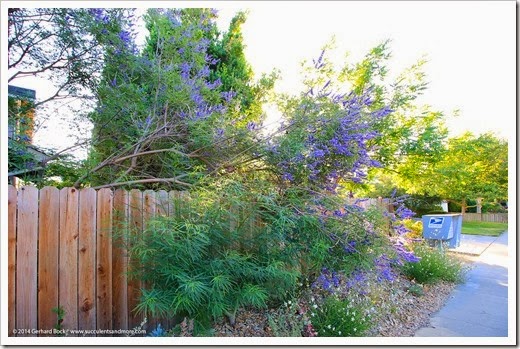 I will do some heavy pruning soon but for now I want to enjoy these beautiful flowers, especially since they provide nectar for bees. 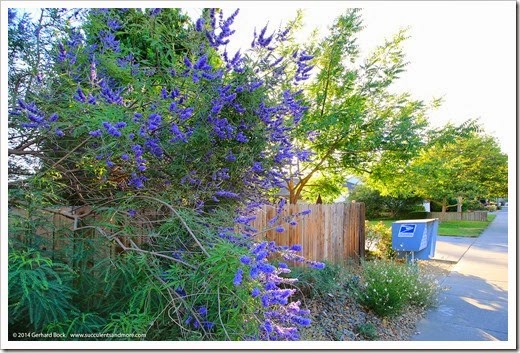 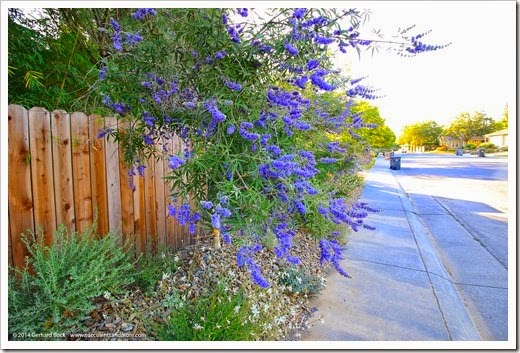 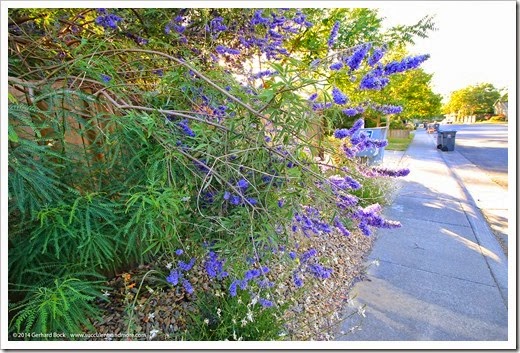 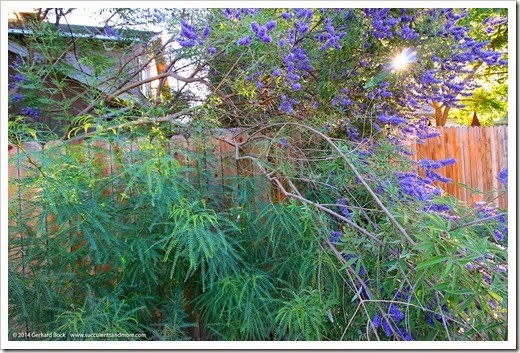 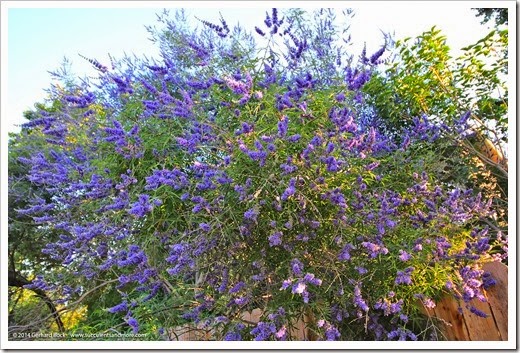 In some of the photos above you can see how much many of the plants in our new desert bed have grown—especially the ‘Sonoran Emerald’ palo verde. I’ll have an update on this bed very soon.