From the comments that were posted in part 1 of my post on Rancho Diablo it’s obvious that I’m not the only one who thinks that the landscaping of this property is spectacular. Beyond the plants themselves, what impressed me the most was how precisely and deliberately every element was placed without appearing in any way forced or artificial. That is not an easy thing to pull off!

I wish I could tell you more about the history of this garden beyond what is contained in this blog post, for example when it was established, where the plants were sourced, etc. What I can do, however, is post more photos. I’m hoping they will give you an even better idea of how special this garden is. 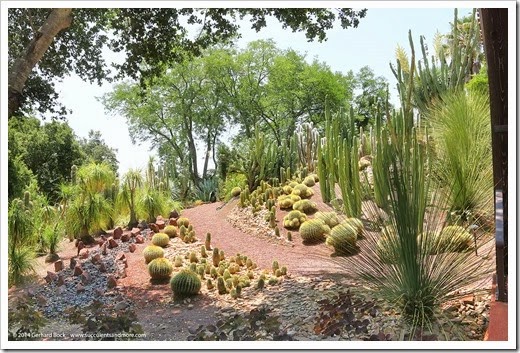 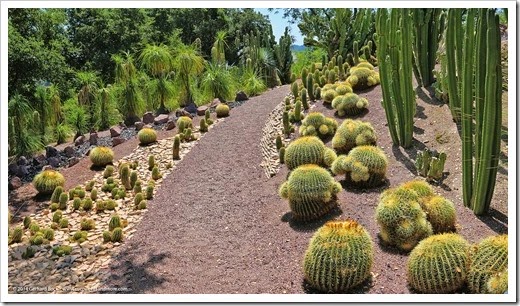 Climbing up the stairs next to the house… 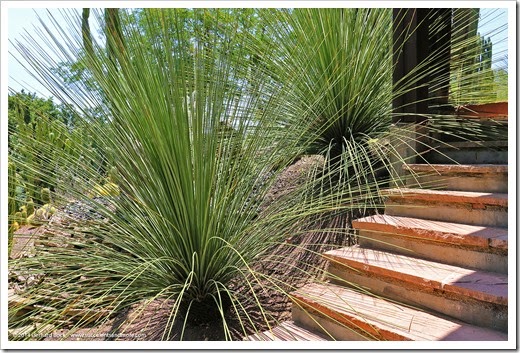 …takes you to an elevated patio with sweeping views of the cactus garden and the hills beyond. 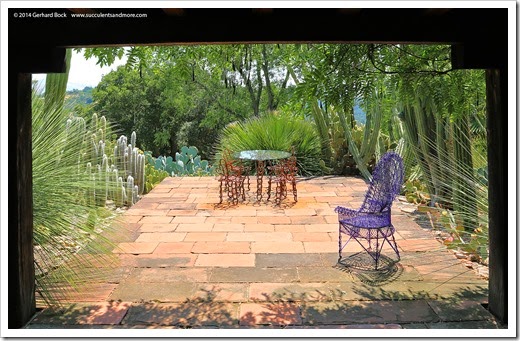 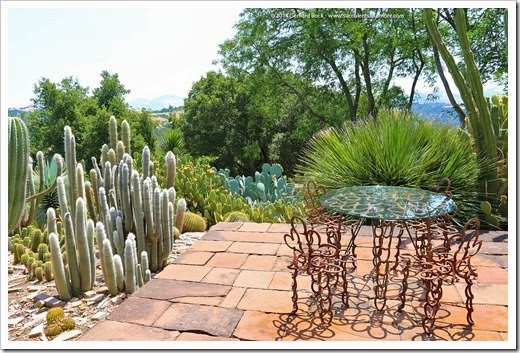 Notice the chairs made of horseshoes 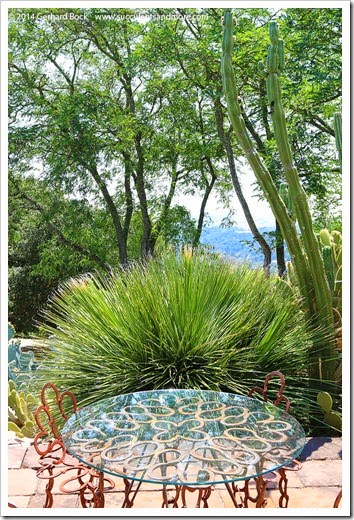 Cactus garden panorama from the patio 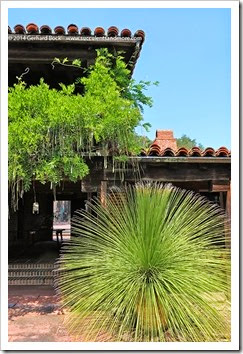 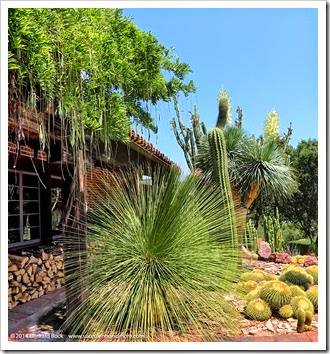 Dasylirion quadrangulatum and wisteria (not in bloom yet)

Behind the patio is a breezeway that connects to the front of the house (first photo in yesterday’s post). 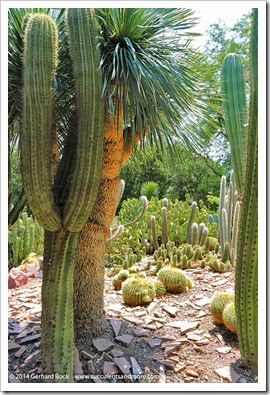 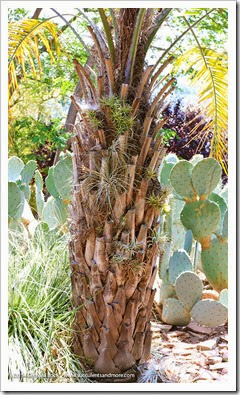 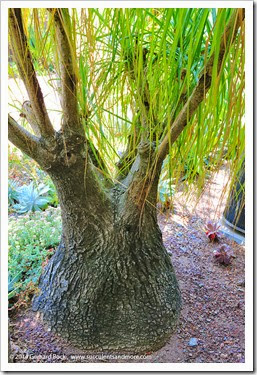 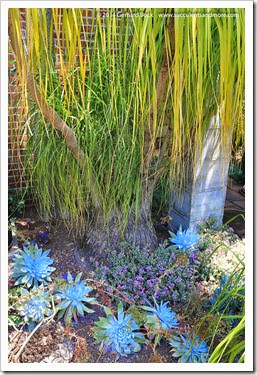 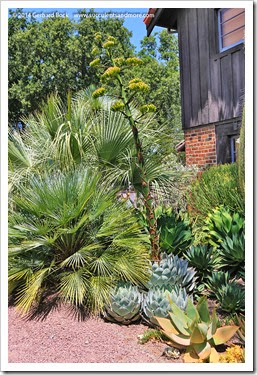 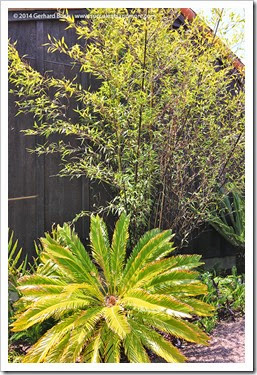 LEFT: The very tall flower stalk is from an Agave parryi. Behind it is a clump of Agave mitis. RIGHT: Black bamboo (Phyllostachys nigra) and sago palm (Cycas revoluta) 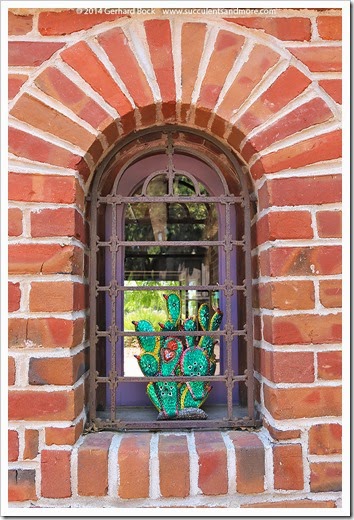 I love the sheet-metal cactus tucked behind the window bars 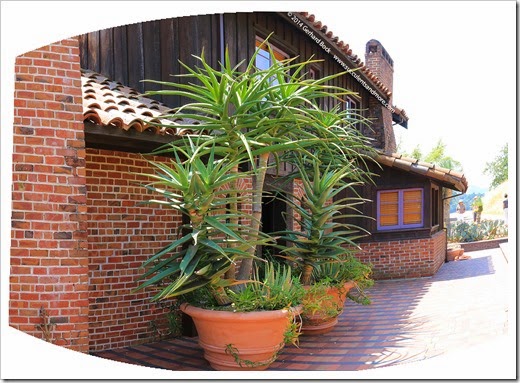 Potted aloes in front of the old wing of the house. Succulent and More follower Walt told me that these are Aloe ‘Hercules’ and Aloe ‘Goliath’ and were planted just three years ago. Wowza!

Since I was taking so many photos, I was lagging far behind my group. I was still up on the patio when my friend Laura told me that there was a “secret garden” a little ways down the hill—just behind the oak in the next photo. I asked Laura to describe this secret garden, but she mysteriously told me that I had to see for myself. Needless to say I was intrigued. 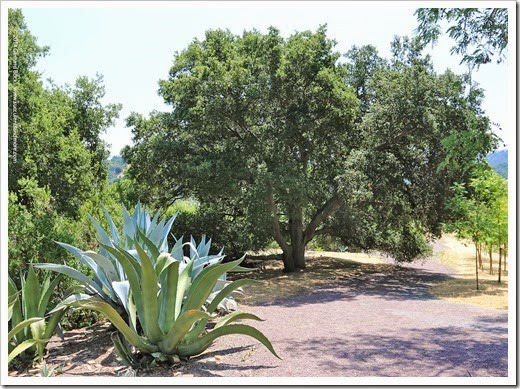 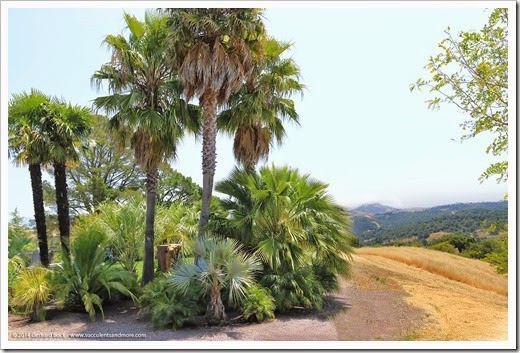 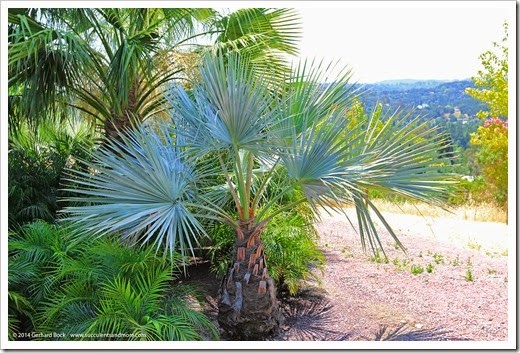 …and this Macrozamia, a cycad from Australia. 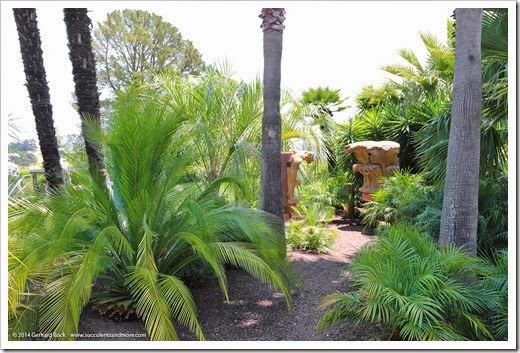 But then things became really mysterious. Was I in California or ancient Rome? 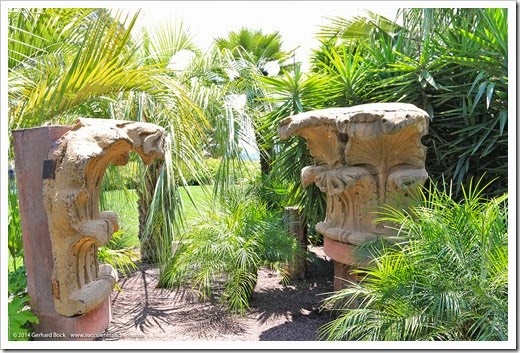 Or on a movie set? 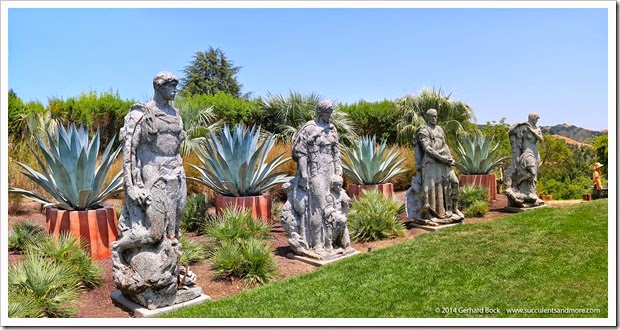 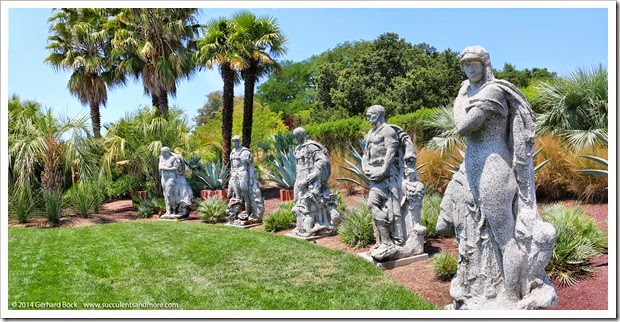 It turns out that the capitals nestled between the palm trees were salvaged from the Palace of Fine Arts in San Francisco and the Roman statues from the old San Francisco Public Library. One of the homeowners is an architect and presumably worked on the restoration of these buildings, or at least he knew somebody who did.

The homeowners also have the largest collection of architectural miniatures in the world (more than 5,000). They are housed in a separate building which you can see on the left in the next photo: 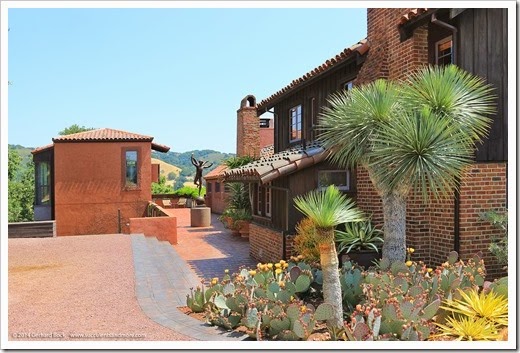 I peeked in through the door but there was a lecture going on with virtually no standing room left so I didn’t linger. The interior of the building was magnificent though. Maybe next time I get a chance to look at the collection.

I’m so grateful to the Garden Conservancy, truly an organization worth supporting, for making outstanding private gardens like this one available to the public. Take a look at their Open Days schedule to see which gardens might be open in your area this summer or fall. Personally, I’ll be heading to Marin County on Saturday to tour what I expect will be four other very special private gardens.

OTHER ARTICLES ON THIS GARDEN: