What I brought home from my 2015 desert trip

I know you’ve been waiting with bated breath to find out what I brought home from the 2015 desert trip. I hope you didn’t get your hopes up too high because my haul is fairly modest. I could easily have gone crazy but my goal was to know what to do with each plant I purchase. And I succeeded, mostly. 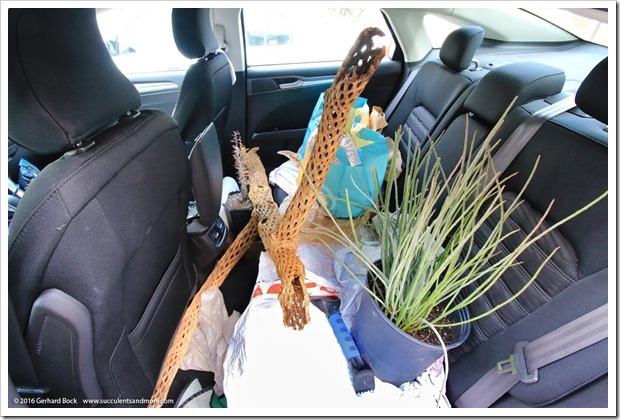 Oddly enough, the purchase that has me the most excited isn’t even a plant. Well, not a live one. For reasons I can’t quite fathom—maybe watching too many old westerns when I was young—I’ve always wanted a cactus skeleton. And I finally found one I really liked at Mesquite Valley Growers in Tucson. It has that classic two-arm look, too. It’s from a cholla, although I don’t know which species. At $25, the price was right. 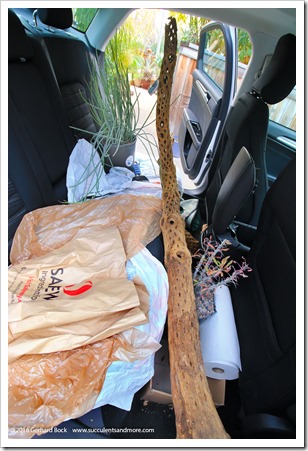 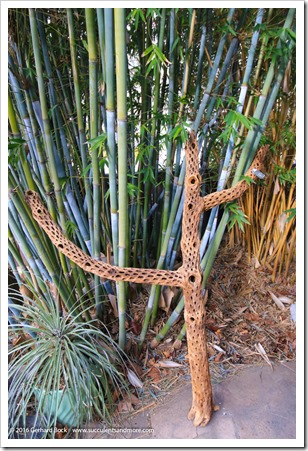 In addition to the cholla skeleton, two plants rode in the back of the car: a nice-sized candelilla (Euphorbia antisyphilitica) I found at a Lowe’s near my hotel in Scottsdale, and a juvenile seed-grown ocotillo (Fouquieria splendens) from the garden store at Tohono Chul Park. I’ll write more about these plants after I get them in the ground.

If you’re interested, here’s a rather sad story about the overharvesting of wild ocotillos in western Texas. It has gotten so bad that the migration patterns of hummingbirds (who depend on the nectar from the flowers) have started to change.

This big box rode in the trunk all the way: 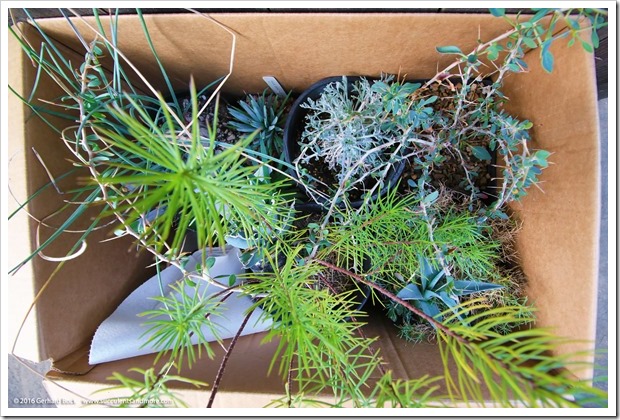 It contained the rest of my purchases.

Here are all the plants after I unloaded them: 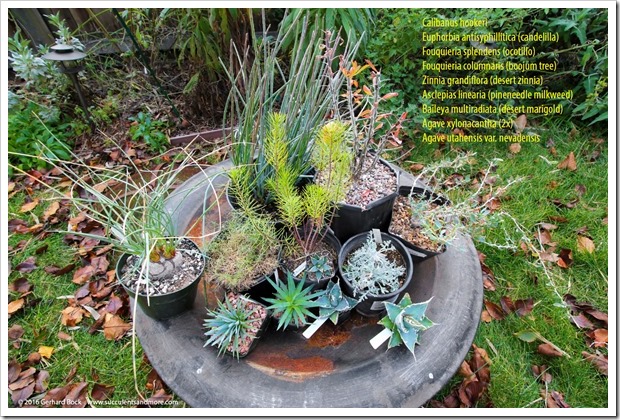 I also brought home some small rocks I collected along Highway 177 on my way to the Boyce Thompson Arboretum. I’ll use them as top dressing for potted succulents—maybe for that Calibanus hookeri (at the 9 o’clock position in the photo above). 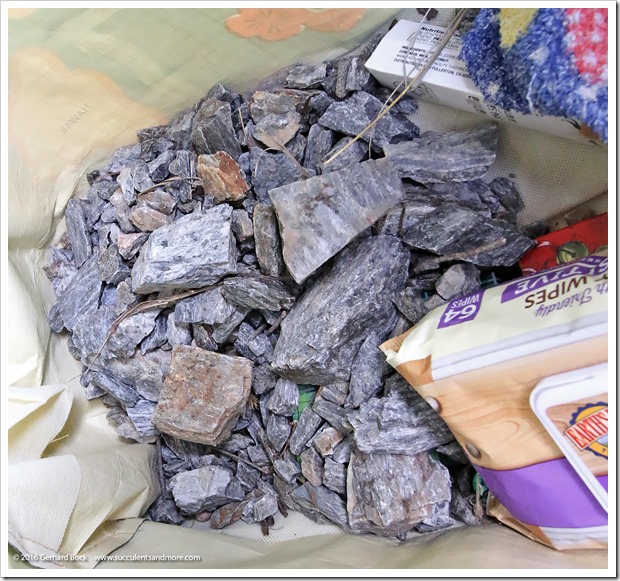 I know it’s an odd assortment of items, but they will forever remind me of my trip.