While it isn’t cold here in Davis (62°F in my backyard at noon on Monday, January 18, 2016), the sky has been depressingly gray virtually all month. El Niño has brought us 3.77” of rain in January, which is exactly 3.77” more than in January 2015 but a fraction of what many of us had been expecting. Still, it’s better than nothing, and you’ll find few people complaining.

However, I want to go back to Tucson, Arizona to finish up the first day of my visit there three weeks ago. I started Tuesday, December 29, 2015 with a walking tour of Tucson’s Barrio Histórico  and then paid a visit to agave expert Greg Starr’s nursery. Since I was on the west side of town already, I decided to swing by one of my favorite spots in the Tucson area: Mission San Xavier del Bac. 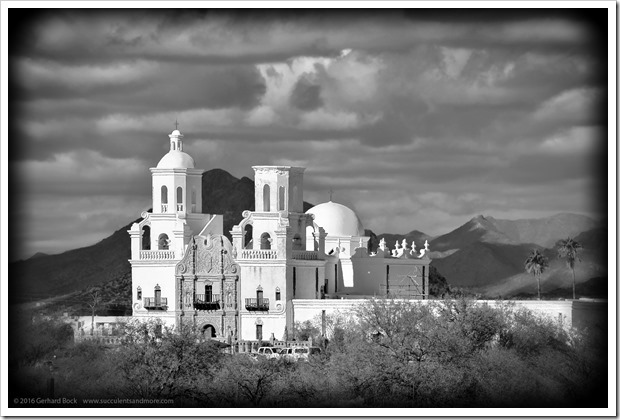 Nicknamed “the White Dove of the Desert,” Mission San Xavier del Bac is located about 10 miles south of Tucson on the San Xavier Indian Reservation, which in turn is part of the Tohono O’odham Nation. The mission was founded in 1692 by Padre Eusebio Kino but it took another 100 years before the structure that exists today was completed. With its elegant Moorish-inspired exterior, it is widely considered to be most stunning example of mission architecture remaining in the U.S. 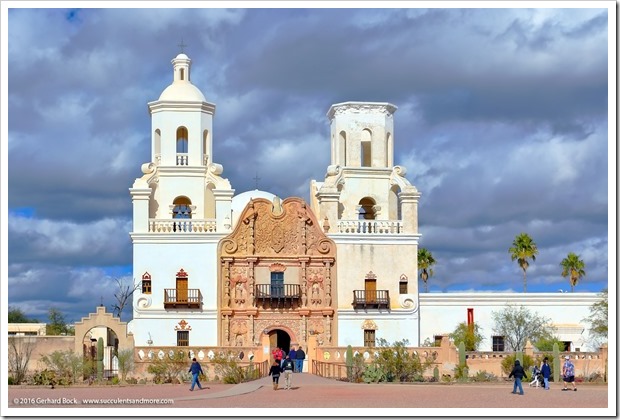 The photos in this post are my visual love letter to Mission San Xavier del Bac. I’ve visited it on every trip I’ve made to Tucson. In spite of the steady throng of people, I find it to be a singularly peaceful and spiritual place. Just looking at the blindingly white building against the Arizona sky almost brings tears to my eyes, and not just because of the glare. 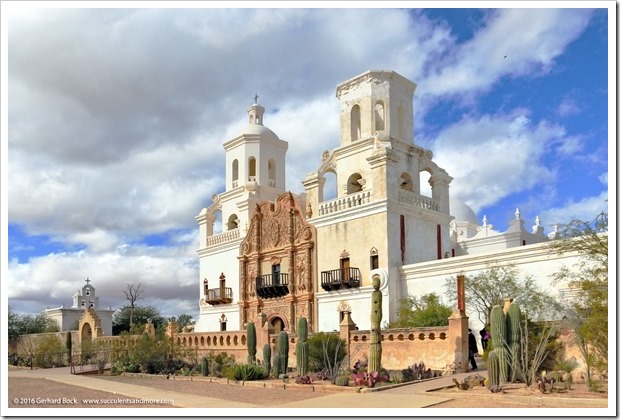 There is a wealth of information online if you’re interested in the mission’s history and architecture. I don’t want to rehash too much of it here. 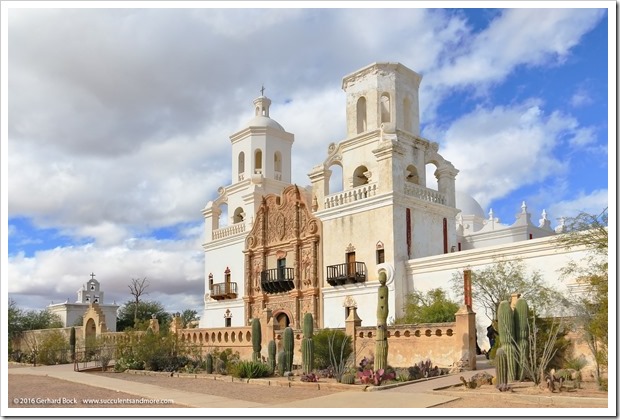 While not extensive, the plantings in front and inside the courtyard are a nice mix of cacti and other succulents. They don’t detract from the beauty of the mission but rather add another layer to it. 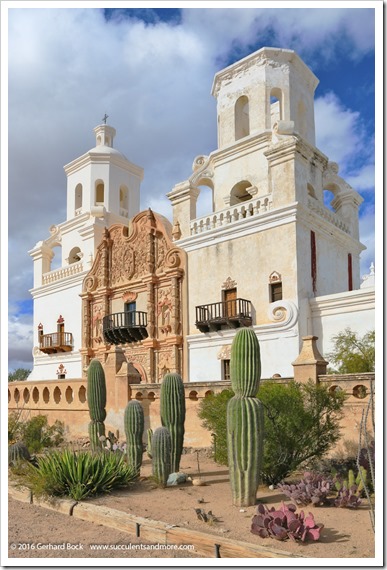 These saguaros are still fairly small, but they’re already well over 50 years old 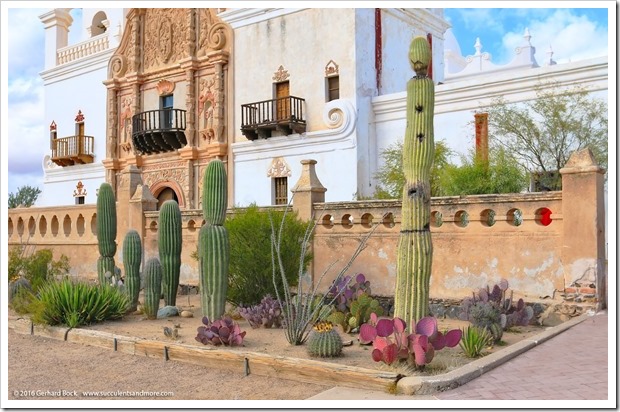 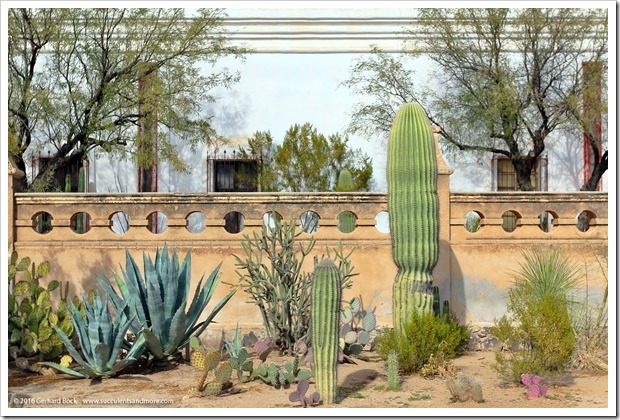 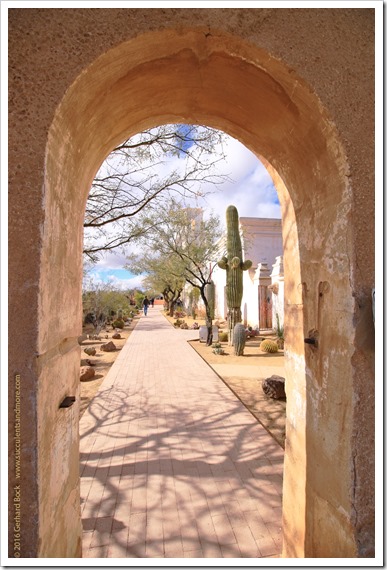 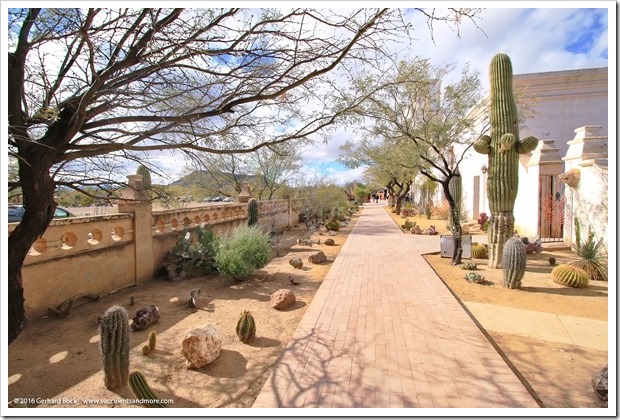 Courtyard in front of the mission 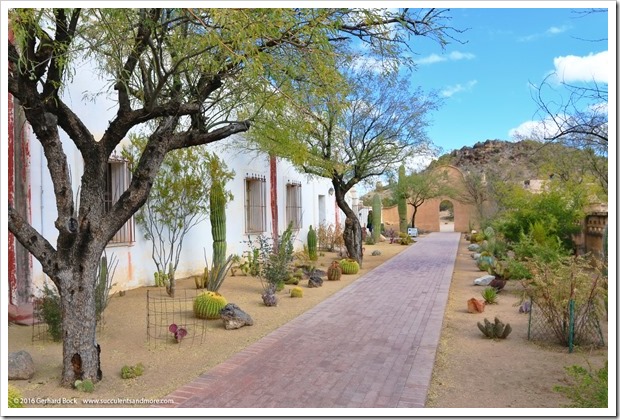 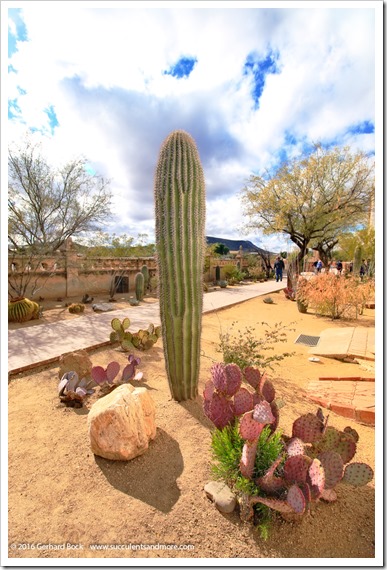 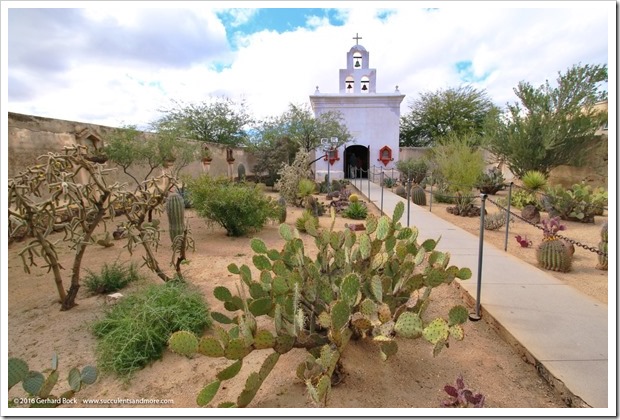 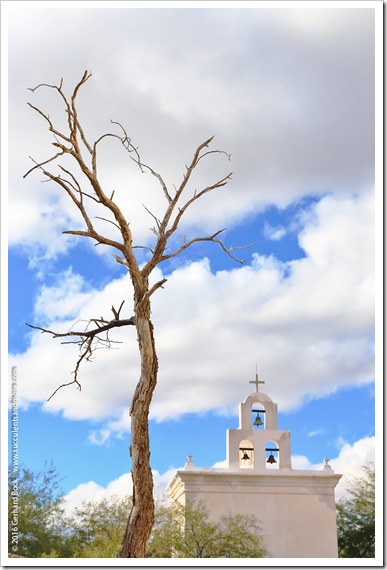 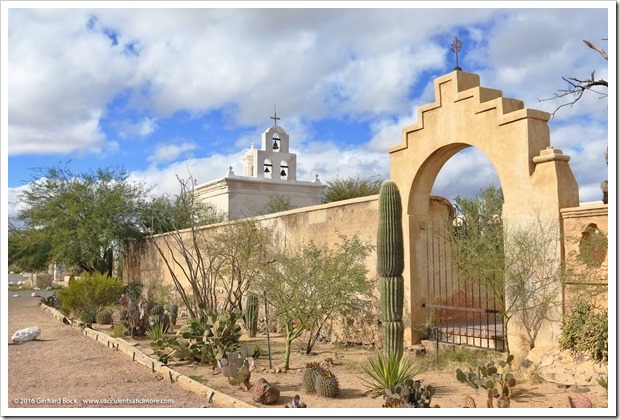 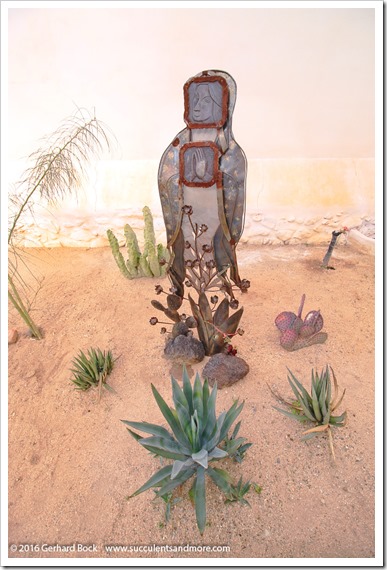 Interesting statue outside the church side door 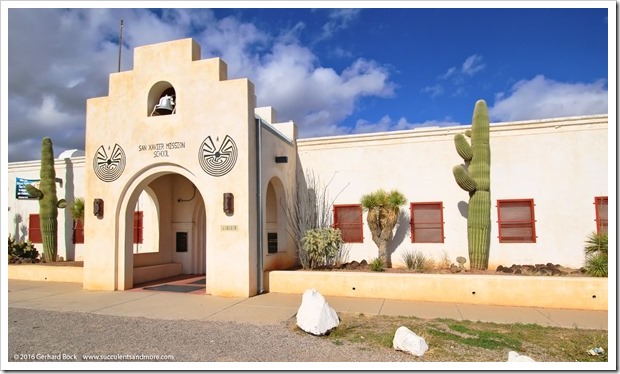 …as well as in the San Xaxier Plaza across the large parking lot. 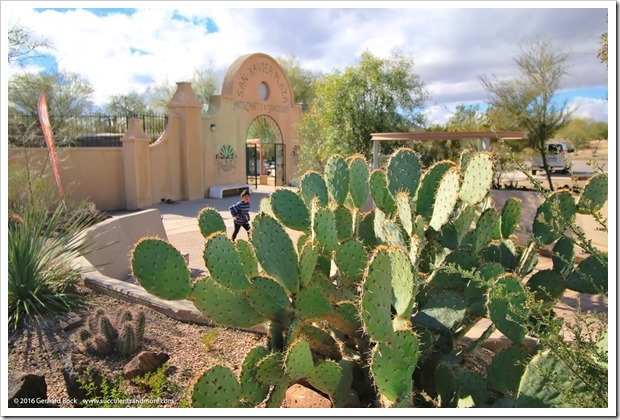 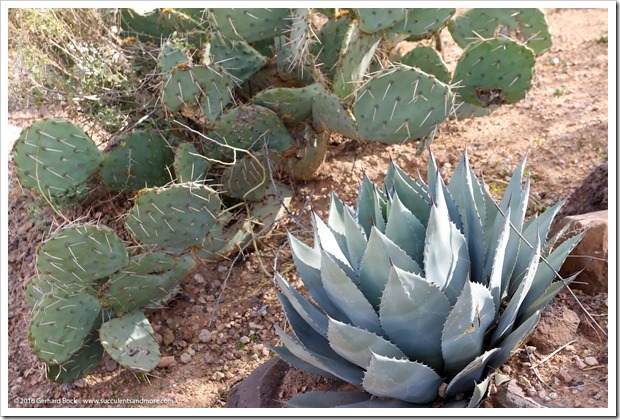 I don’t know when the mission gardens were last redone, but older photos (like this one) show a large multi-armed saguaro in front of the church that is no longer there. Going back in time even further (check out this photo from circa 1890), the gardens didn’t exist at all.

I, for one, am very glad that somebody in a position of power felt it important for the mission to have gardens. Most of the upkeep is done by volunteers, I’m sure, and I thank them for their dedication.