Happy New Year! I wonder how long it will take me to remember that it’s now 2016…

I spent last night—New Year’s Eve—in Blythe, a non-descript town on Interstate 10 just a few miles from the Arizona border. It’s half-way between Phoenix, AZ and Palm Springs, CA and hence was perfect for my needs.

The coffee in my motel was execrable, but fortunately there was a Starbucks nearby. If I’d had more time, I would have had breakfast at this iconic-looking coffee shop: 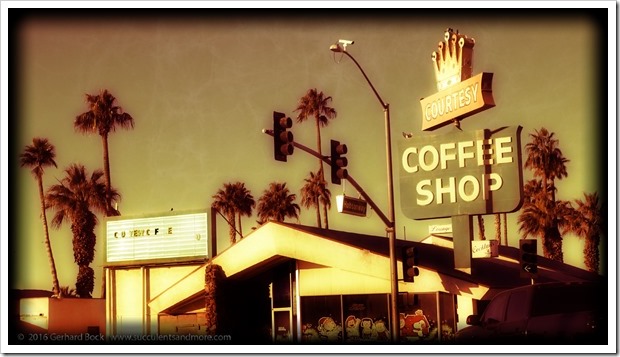 25 miles west of Blythe I made a brief stop in the ghost town of Desert Center to photograph this gas station: 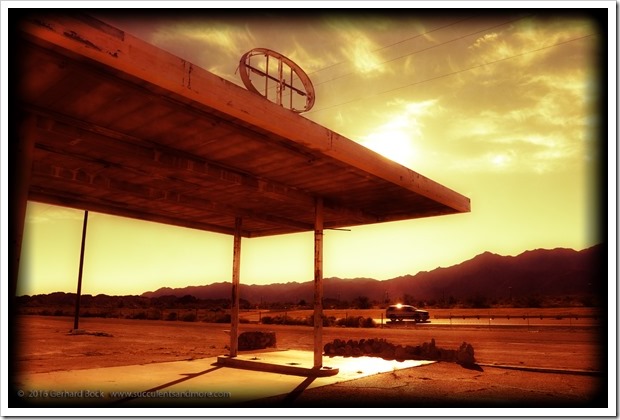 I simply have to share what Kathy Stoner of GardenBook wrote on Facebook earlier today after seeing this photo:

I'm not making this up I swear. I once excecuted a surprise birthday party at this very gas station in the middle of the night, in a VW beetle (circa 1969) on a road trip to Sedona. Back then if you had to drive through the desert in a car with no AC it was an all-nighter!

The world may seem big, but sometimes it’s a small place.

The first major stop of the day was at The Living Desert, a combination zoo and botanical garden in Palm Desert. I’d first visited The Living Desert with my family in 2011 and even though it hadn’t been on my list of destinations for this trip, I decided last night to change my itinerary. 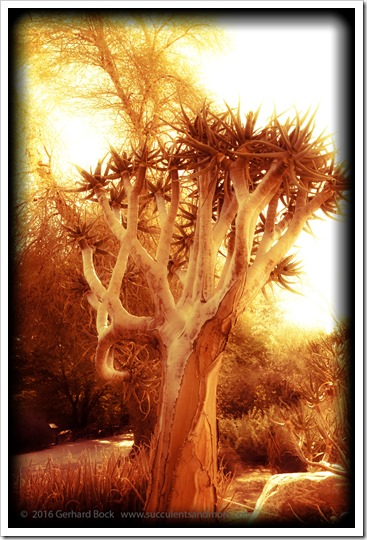 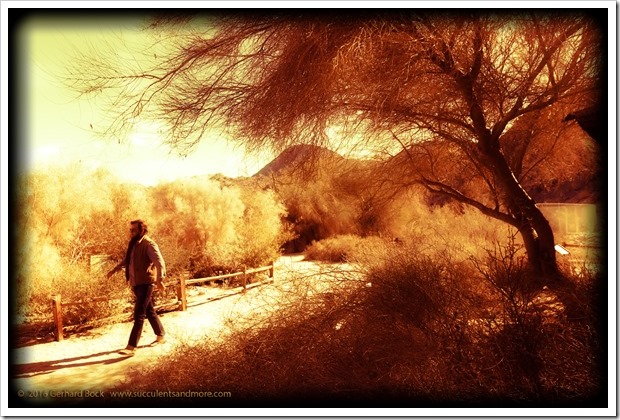 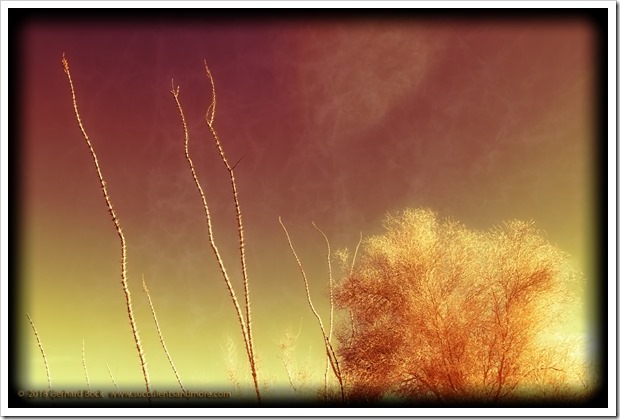 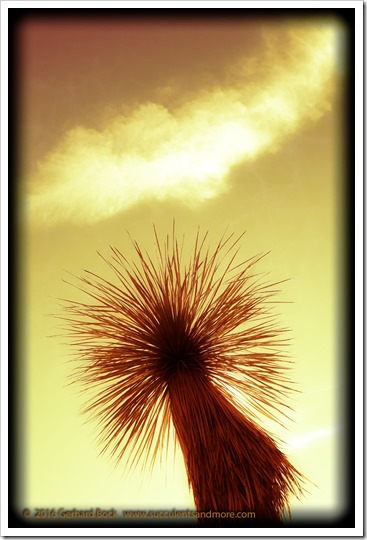 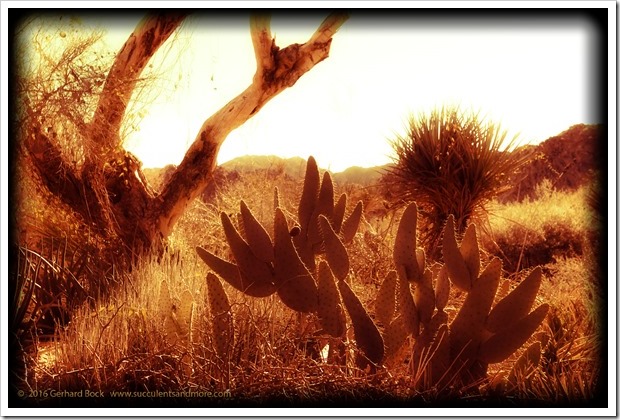 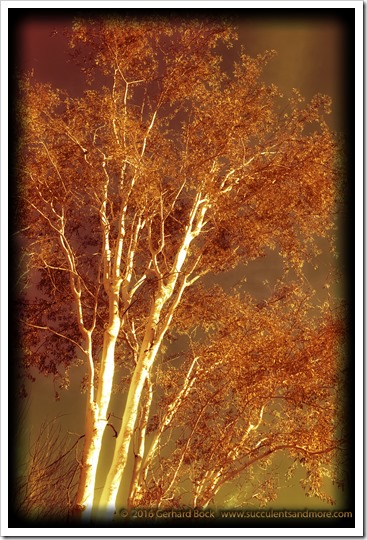 Near the jaguar exhibit, a very friendly docent by the name of Bernie Rummonds asked me if I was Gerhard. It turns out she’s a regular reader of Succulent and More and had messaged me last night to invite me to The Living Desert! Talk about coincidence. While I didn’t receive her message (no cell phone signal on T-Mobile in Blythe), it’s as if my subconscious received it and prompted me to change my travel plans!

I had originally budgeted two hours for The Living Desert, but I ended up spending four. This made it necessary to ditch a few other destinations in Palm Springs I had wanted to visit, but there’s always next time.

With under four hours of daylight left and another two hours to drive, I decided to make only one more stop: Pitzer College in Claremont, CA. Pitzer is one of the renowned Claremont Colleges. What makes Pitzer so special is that the entire campus is a quasi botanical garden (John R. Rodman Arboretum), with a special focus on succulents and desert plants. The Cactus and Succulent Society of America held its 2015 convention at Pitzer this past June.

The Arboretum manager, Joe Clements, was the curator of the desert garden at the Huntington before starting at Pitzer in 2000, and his influence is visible wherever you turn. This is a truly special place since succulents are literally everywhere—imagine stepping out of your dorm and walking through a succulent wonderland to your classes! I’ll have a special post about Pitzer College soon. 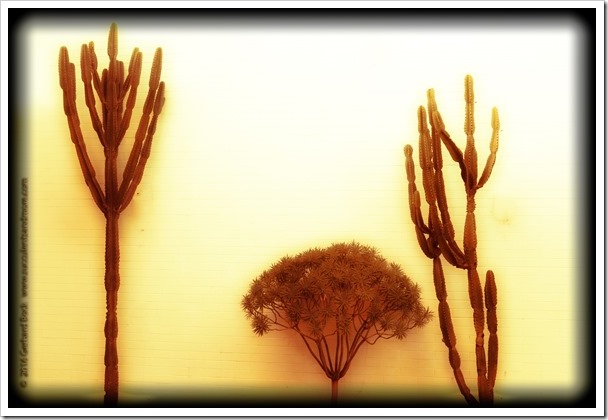 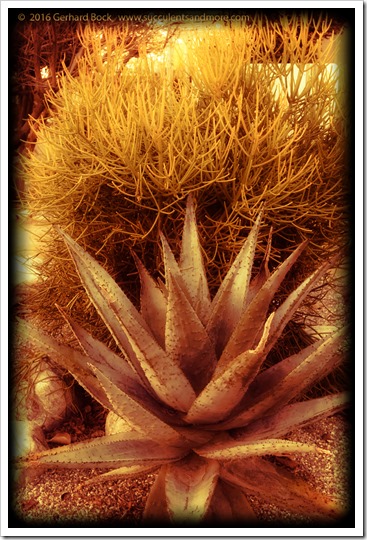 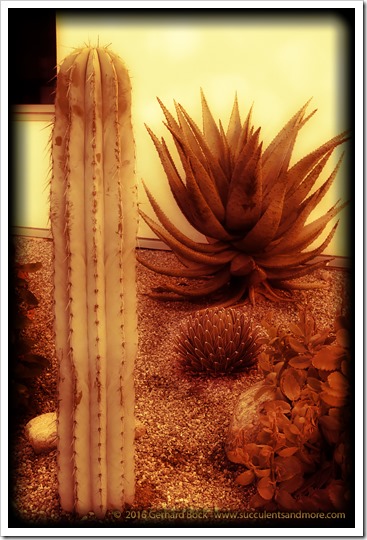 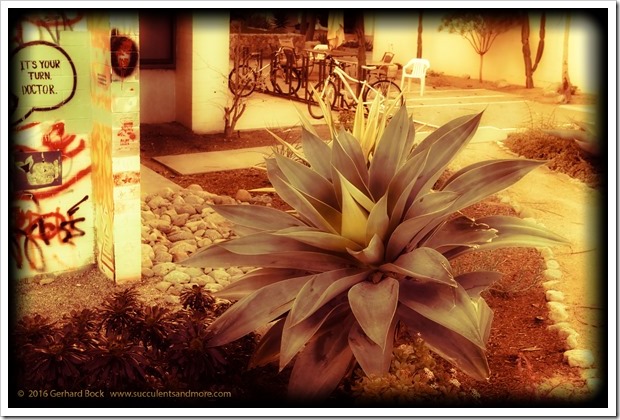 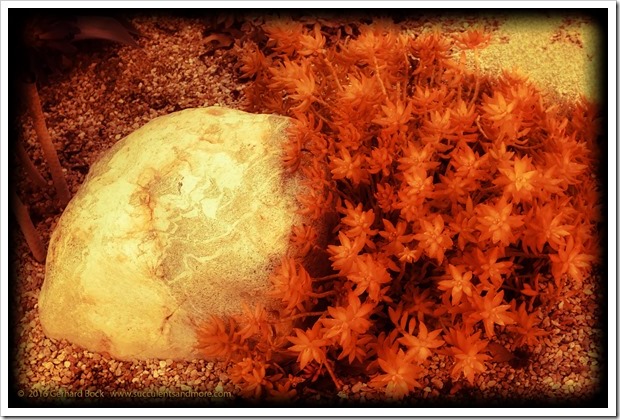 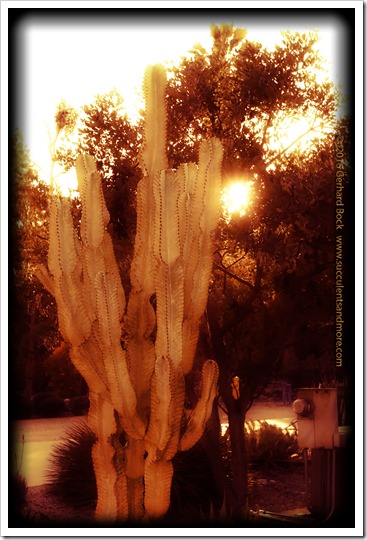 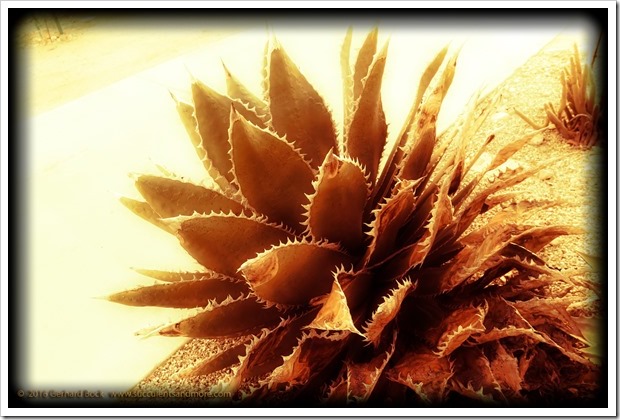 Tomorrow morning I’ll meet Denise of A Growing Obsession, Gail of Piece of Eden, and Luisa of Crow and Raven at the Huntington, and then I’ll be on the road again, homeward bound. 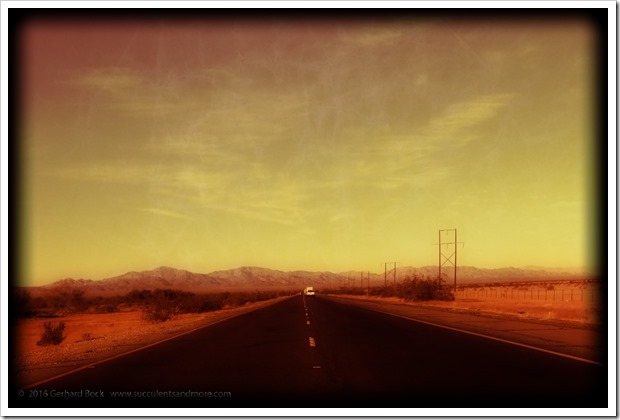 Note: Somehow it seemed appropriate to give all the photos in this post a vintage desert look. Don’t worry, my detailed posts on The Living Desert and Pitzer College will have normal-looking photos.