Toppled aloe and other sightings at UC Davis

A month ago I photographed this Aloe littoralis in front of the UC Davis Botanical Conservatory: 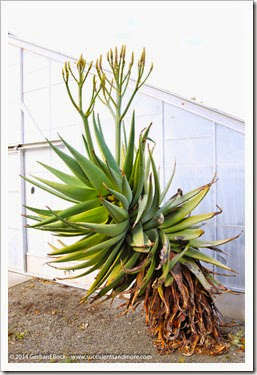 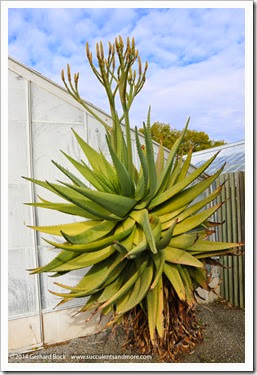 Aloe littoralis is a non-branching aloe that can get to 10 ft. in height, with a rosette up to 4 ft. across. This specimen at UC Davis was a good 6 ft. tall, the emerging flower stalk adding another 3 ft.

I happened to be on campus a few days ago and was shocked to find this: 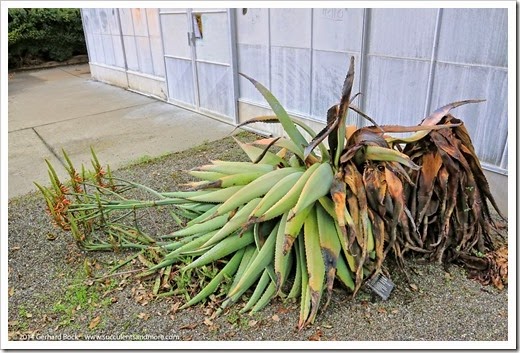 The Aloe littoralis had fallen over. 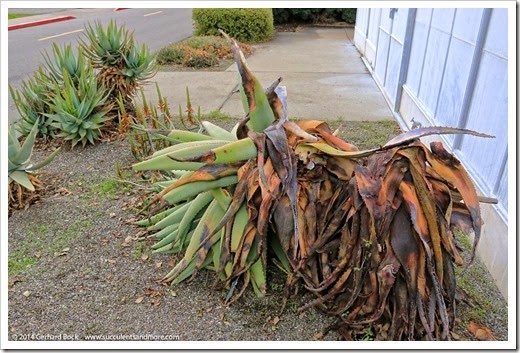 The brown parts are the dessicated old leaves (normal)

Since I took the first two photos in the last week of November, we’ve had 9 inches of rain. Either the ground got too soft or the stem rotted, or both. So sad to see such a majestic plant flat on the ground. I’m hoping that Ernesto Sandoval and his staff at the Botanical Conservatory will be able to rescue this aloe, possibly by cutting off the stem and re-rooting the rosette.

Interestingly enough, the flowers have already reoriented themselves and are now pointing straight at the sky. This leads me to believe that this happened a few weeks ago. 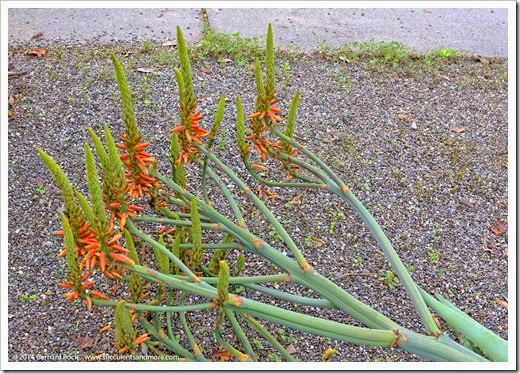 There’s another (smaller) Aloe littoralis nearby, and it seems perfectly healthy: 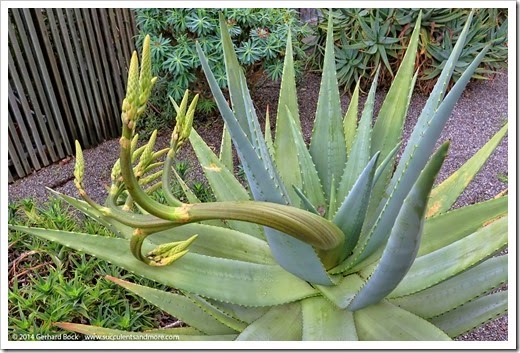 Speaking of healthy, I took a quick walk on campus to check out the usual suspects (see my earlier post), and they all look fine. I’ll have another update in late January when many of them should be in full bloom. 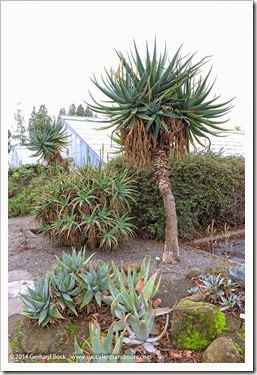 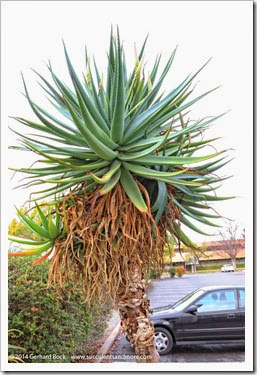 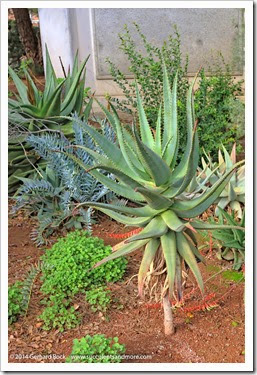 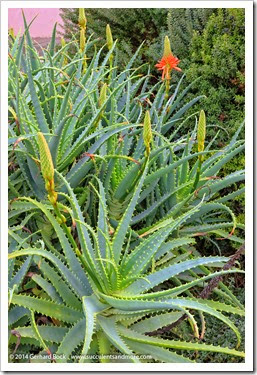 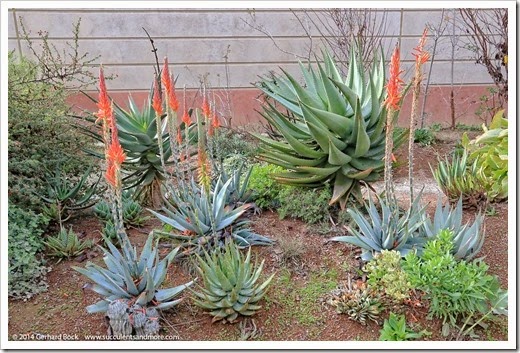 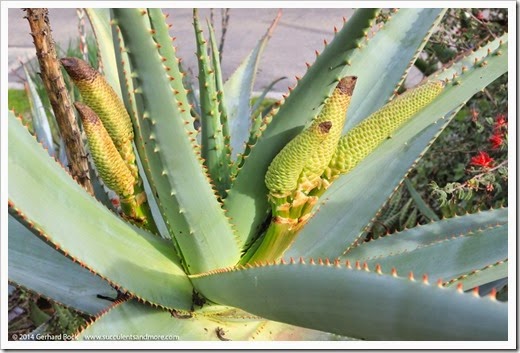 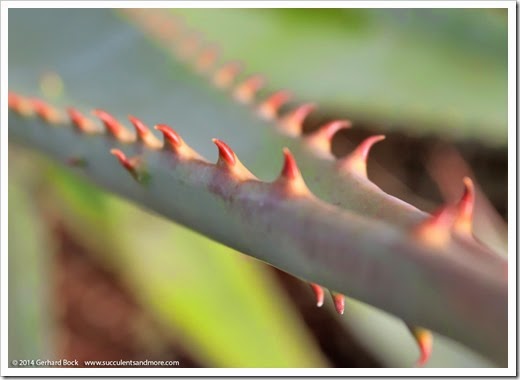 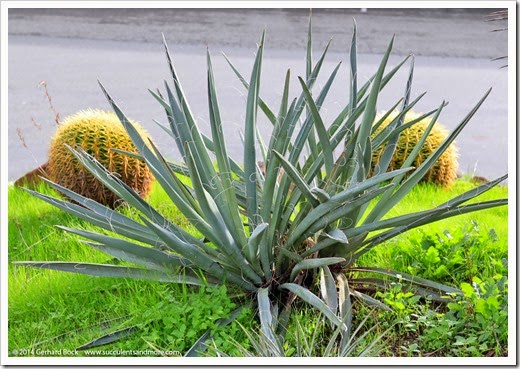 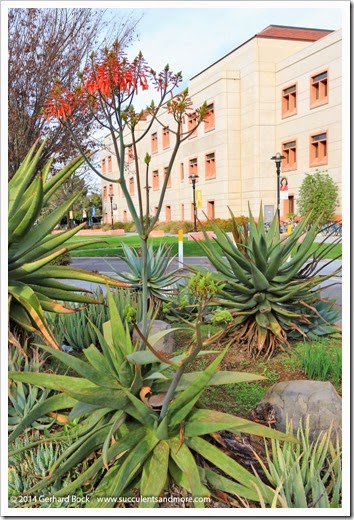 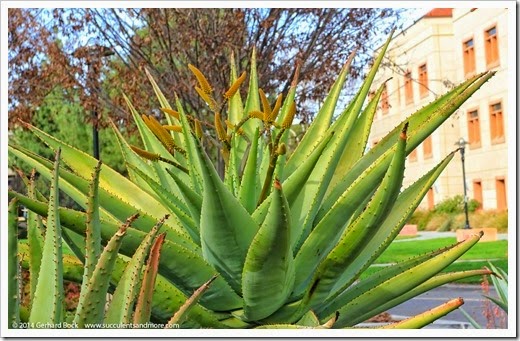 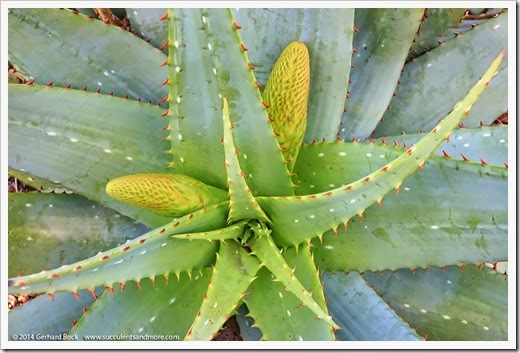 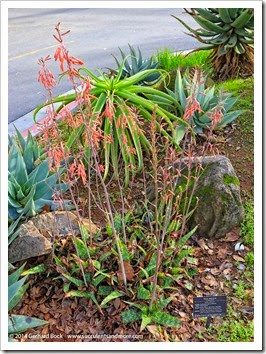 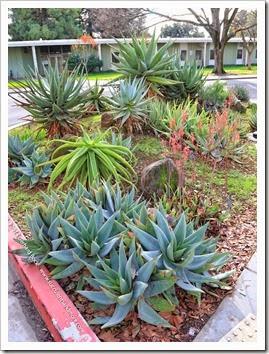