Of leaves and lights

Just recently I wrote about the pesky leaves that keep bothering my poor succulents. Since then we’ve had three inches of rain, which has brought us above normal for the season. That’s exactly what drought-ridden California needed. And we’re not done. More rain is in the forecast for Wednesday through Sunday.

The last rain storm came with fairly strong winds, which knocked most of the remaining leaves off the trees. The bad news: leaves everywhere. The good news: very few leaves left on the trees, so not much more to fall. 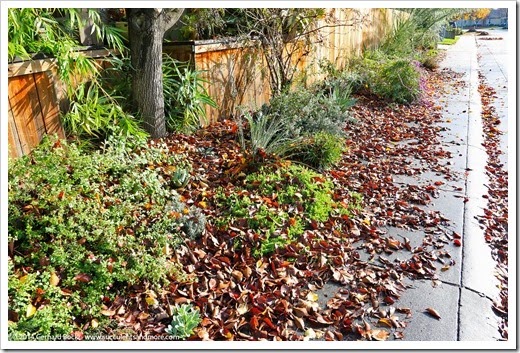 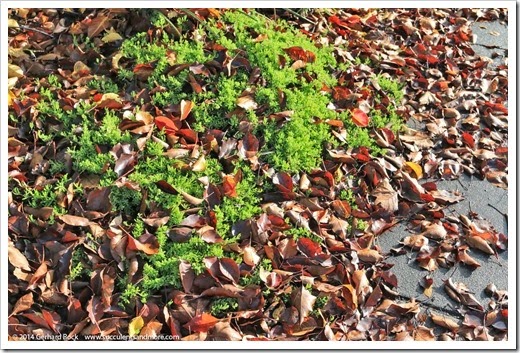 Having been cooped up inside all week because of work, I was only too happy to head outside on Saturday morning and clean up the leafy mess.

Raking the sidewalk and driveway was accomplished quickly. Removing the leaves from succulent rosettes took a little longer. 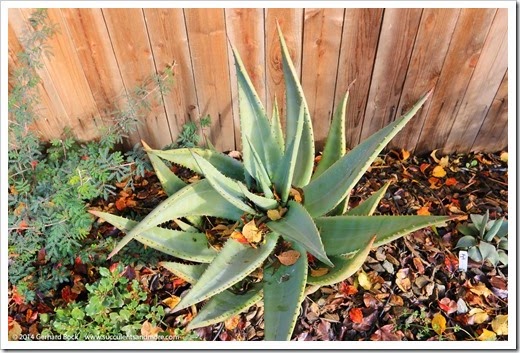 It might not look like a lot of leaves inside this Aloe ferox. But if the rain continues, a soggy mass like that could lead to rot. I want to make sure my babies remain as pristine as possible. 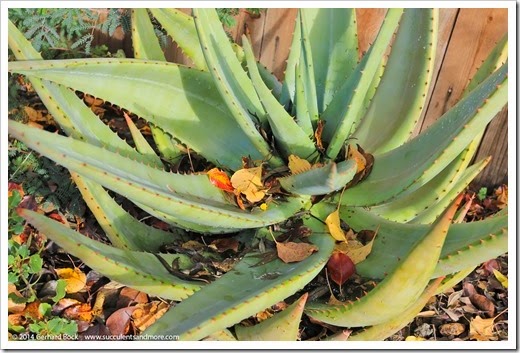 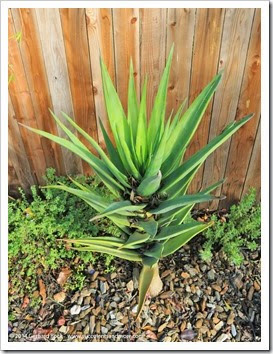 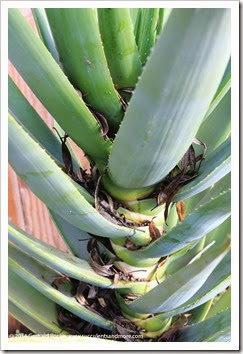 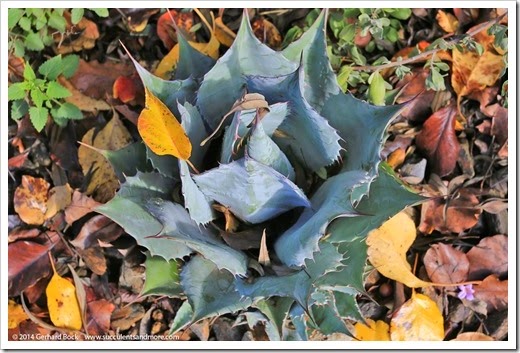 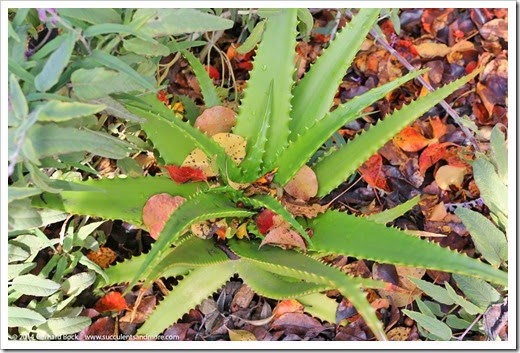 The Agave macroacantha you see in the next couple of photos had the most leaves stuck in it. 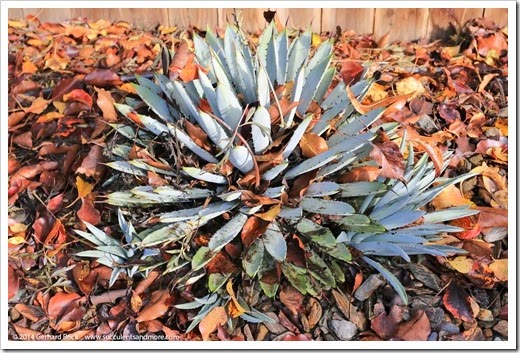 Getting them out took quite a while! 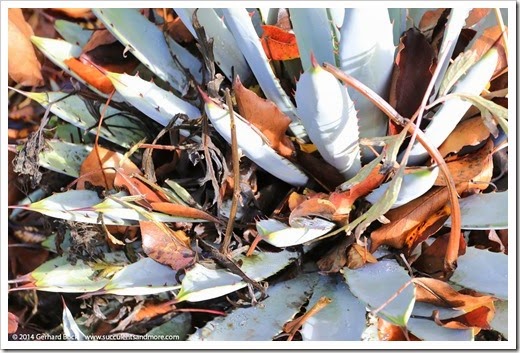 After I’d raked the leaves away from the plants and into the street for curbside pickup, I proceeded to remove the leaves from inside the rosettes. My tool of choice is a 12” pair of tweezers. Sturdy gloves are a must; many agaves have nasty spines and even aloes often have razor-sharp edges.

The result was definitely worth it. Not only do my succulents look nice and clean—at least for now… 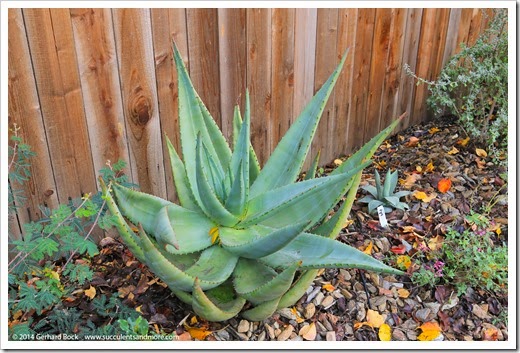 …I also found a few surprises: emerging flowers on some aloes! 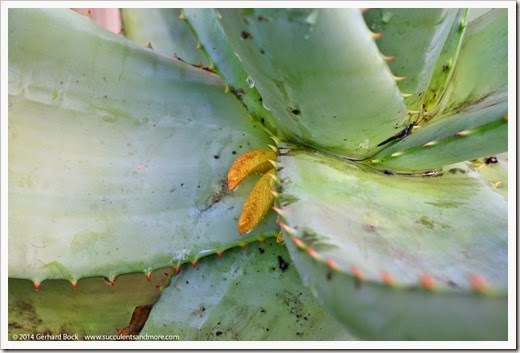 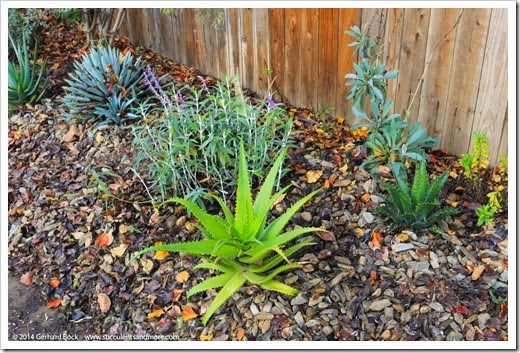 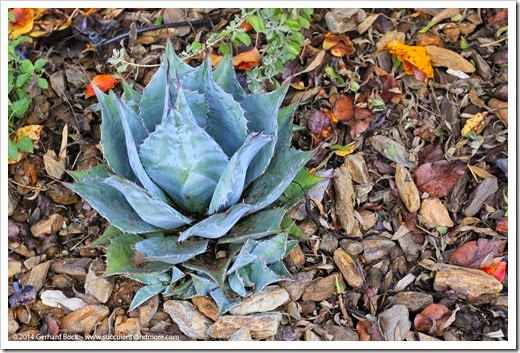 Agave parrasana; no flowers but more pups around the base than I’d thought 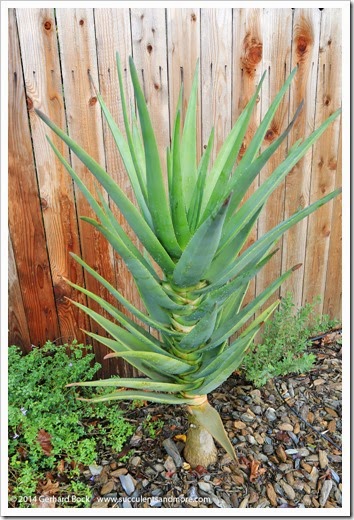 Aloe ‘Hercules’, getting even taller 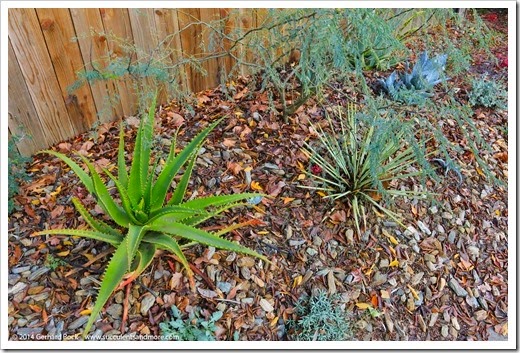 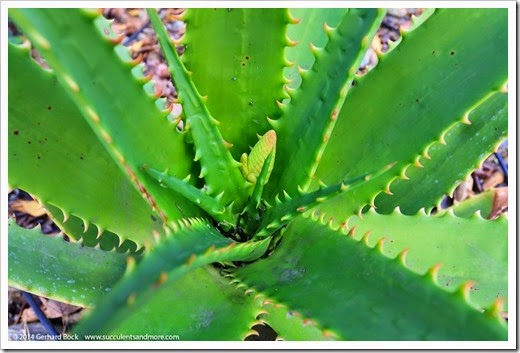 …with a flower stark emerging from the center! 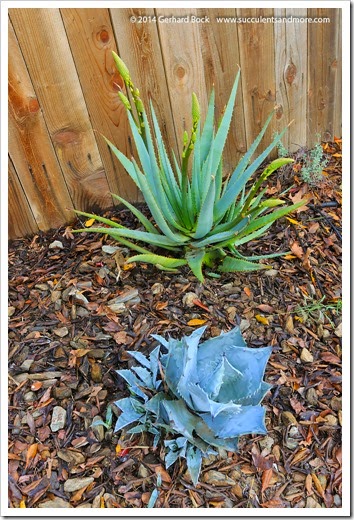 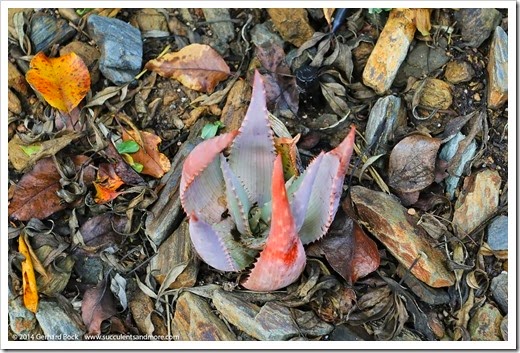 Aloe hereroensis, looking pretty after I’d removed the mass of leaves that had threatened to smother it 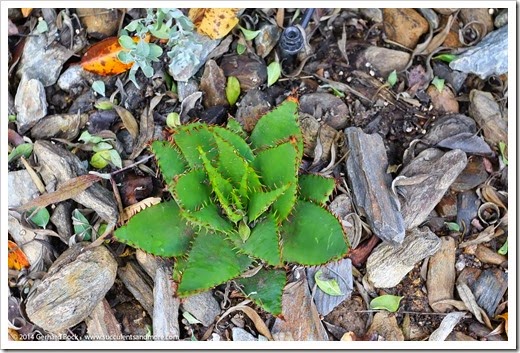 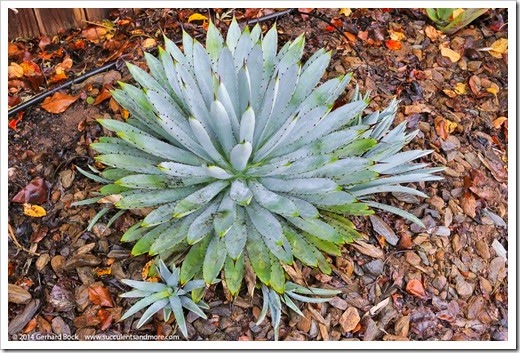 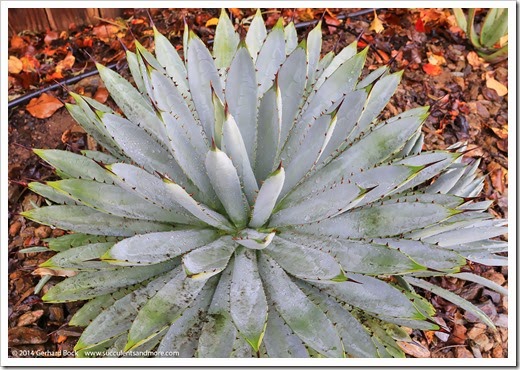 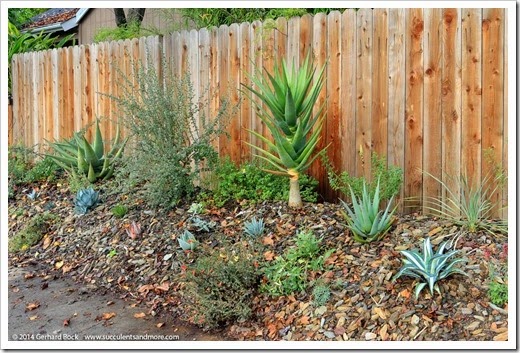 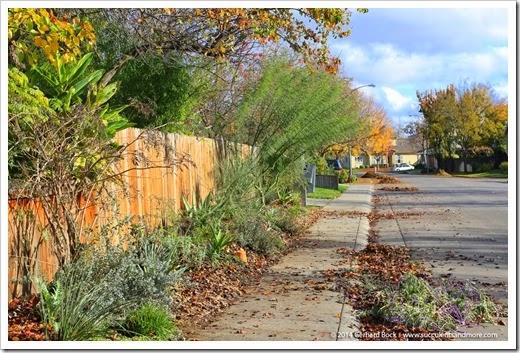 The second project was holiday-themed. Recently I bought several sets of solar-powered fairy lights with “100 ultra-bright LED bulbs” that promised to “decorate gardens and light up walkways without adding on to your home’s energy bill.”

I had to laugh when they arrived: Each one came in a white box that was completely unmarked except for a barcode. 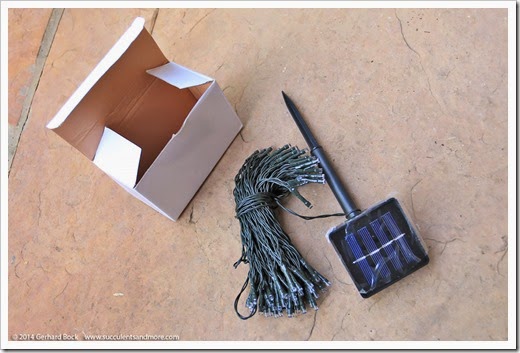 There were no instructions whatsoever—not that any are needed. All you do is stick the solar panel in the ground in a spot where it gets sun and press the Power button on the back. Nothing happens during the day, but as soon as it gets dark enough, the lights come on. 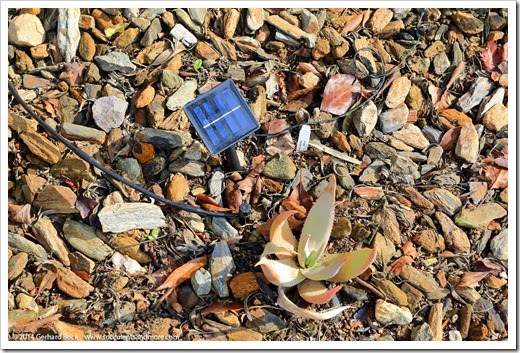 I appreciate the ability to have lights in spots where no electricity is available. I didn’t expect these tiny fairy lights to light up the neighborhood like Clark Griswold’s 250,000 imported Italian twinkle lights, and they don’t. But they add a bit a holiday cheer where none existed before. 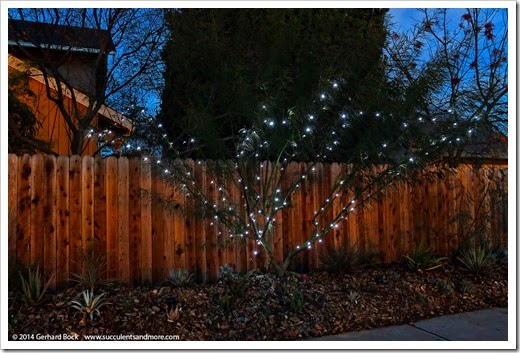 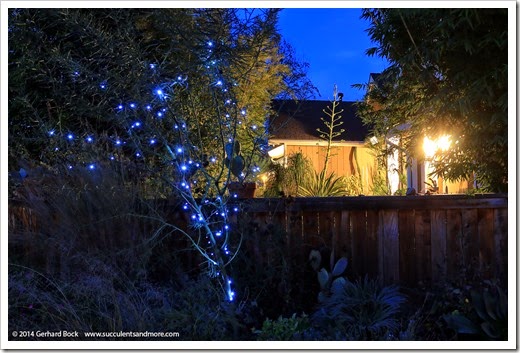 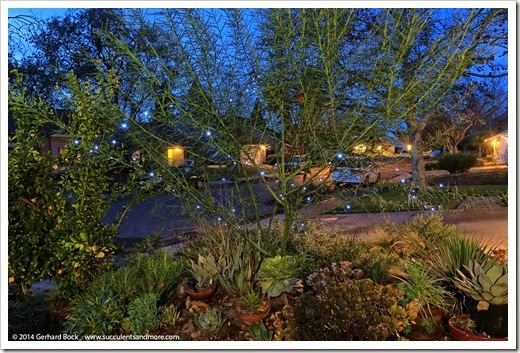 I’m hoping that with a proper charge—after a nice sunny day, for example—the lights will be a bit brighter. What you see above is from whatever charge was put in the batteries in the factory. I’ll reassess in a week or two :-)