The much touted storm forecast for Thursday, December 11, 2014 did arrive and it did bring quite bit of rain to Northern California, but it wasn’t as cataclysmic as the media had made it out to be. At least not here in Davis. We didn’t have the high winds other areas experienced, and we didn’t have any flooding. 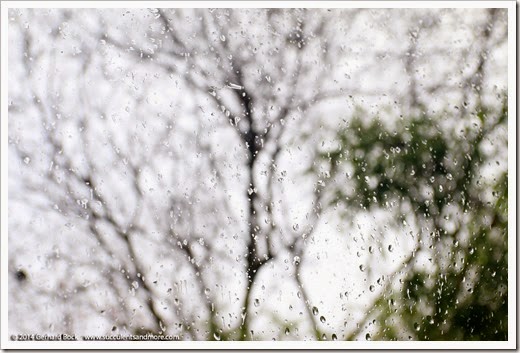 But it did rain for 20 hours straight, from about 9 am on Thursday until 5 am this morning, which translated into 3.73 inches. Not the 7 inches Lake Shasta recorded, mind you, but nothing to sneeze at either, especially considering that in December 2013 we had 0.39 inches for the entire month! This year, the December total is already a bit over 7 inches. 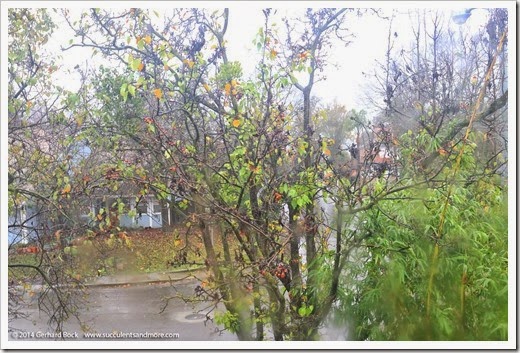 I minimized the amount of time I spent outside, but I managed to take a few photos through the windows and from the front porch: 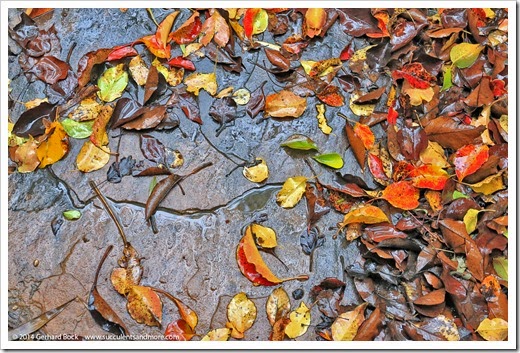 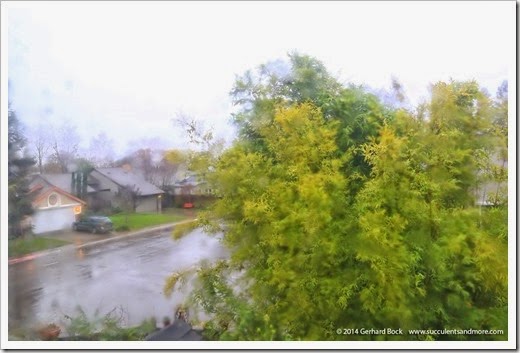 Bambusa oldhamii from the loft 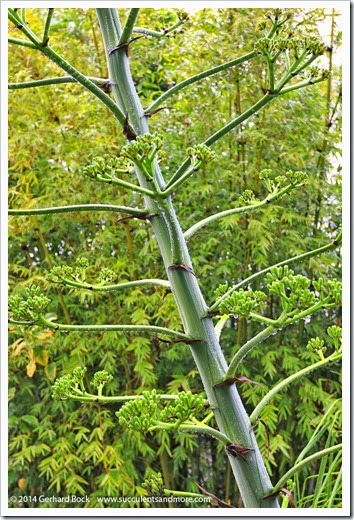 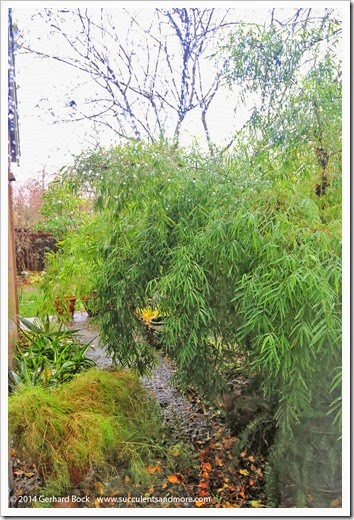 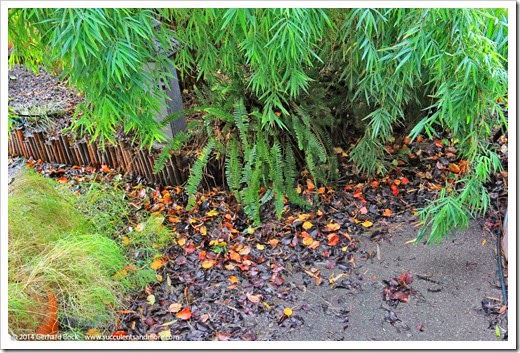 This morning the rain finally stopped and I was able to perform a quick inspection. No damage, fortunately, just completely saturated soil and a few more leaves in places I had cleaned up last weekend. 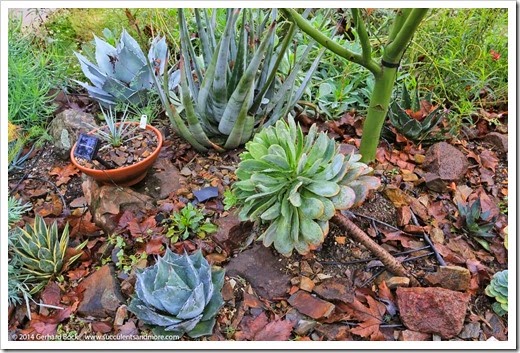 The rosette of this Aeonium hierrense is so heavy, it flopped over because of the wet soil 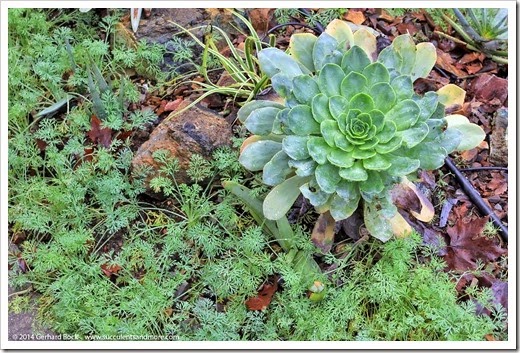 Aeonium escobarii and California poppy seedlings. I swear, these seedlings grew visibly in the last 24 hours! They love the rain. 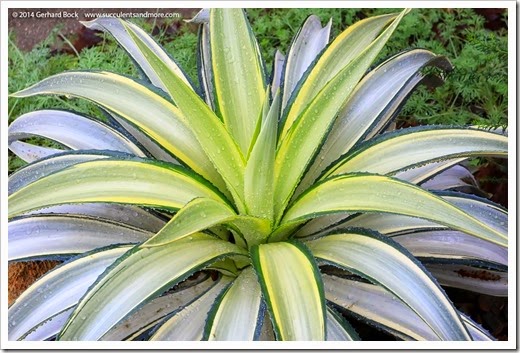 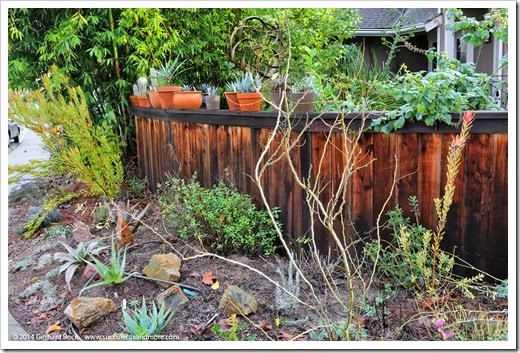 The wind did knock most of the leaves off this Caesalpinia gilliesii (the shrub with the bare branches). I thought it would be evergreen in our climate, especially since the coldest it’s been at night has been in the low 40s. 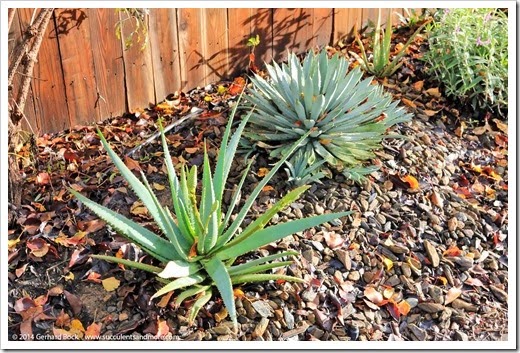 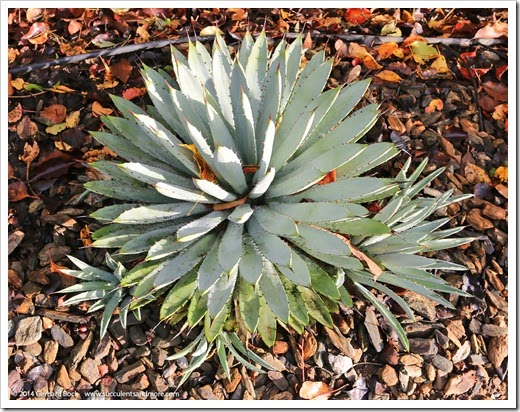 Agave macroacantha with more leaves. I spent a good 30 minutes last Sunday removing all the debris that had gotten lodged between the leaves. 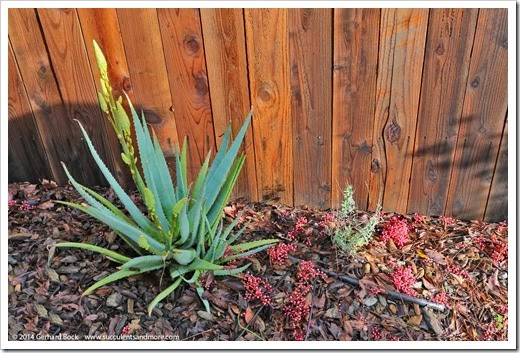 Another Aloe ‘Moonglow’. The red berries are the fruit from our Chinese pistache that got knocked off the tree by the wind. 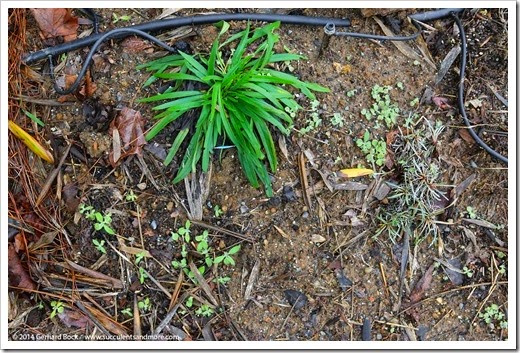 These tiny gray-green seedlings aren’t weeds, they’re from a tower-of-jewels (Echium wildpretii) that flowered this past spring. I can’t wait to see how many will survive. If I end up with 5 or 6 plants that make it to maturity, I’ll be happy. (I’ll move them to better locations, of course.) 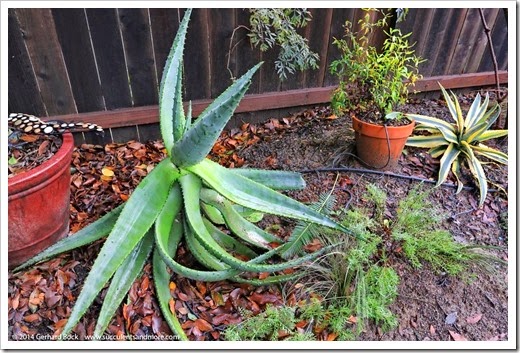 Aloe marlothii in the backyard. This is the wackiest-looking specimen I’ve ever seen. It reminds me of a beach octopus. 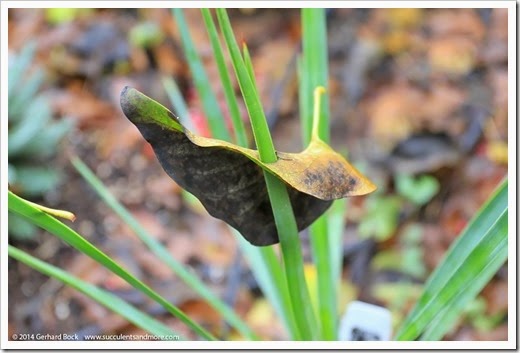 How does a leaf get speared like that on a Yucca aloifolia? 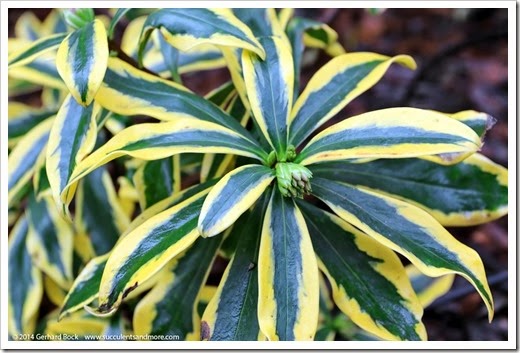 Agave ovatifolia ‘Vanzie’, all muddy from the rain 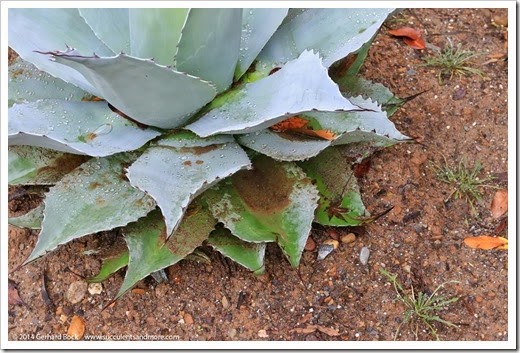 I’ve been meaning to add rock mulch to this area to cover the bare dirt, but haven’t gotten around to it yet. 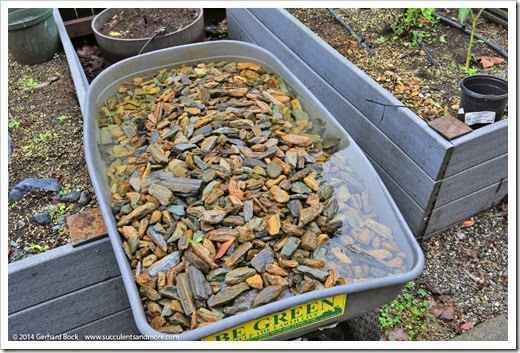 The rock mulch is in this wagon, which is now completely filled with water. Aaargh! 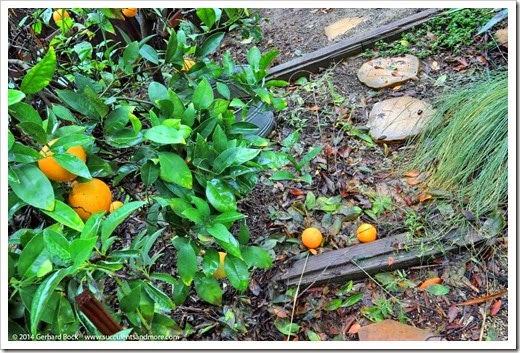 Oranges knocked to the ground by the wind. Maybe that means they’re ripe?

And finally, some aeonium photos. I can’t help it. Raindrops on aeoniums are to me what catnip is to cats. 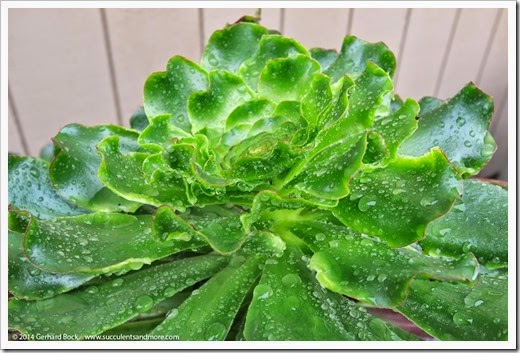 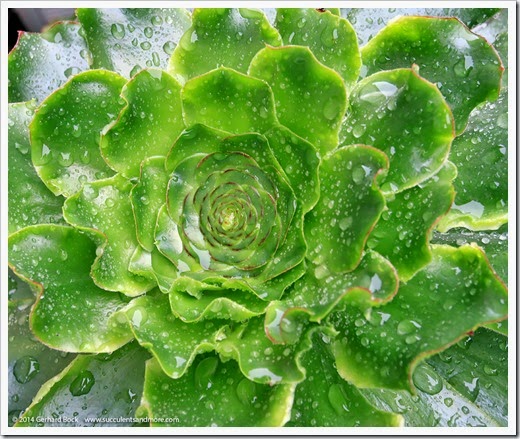 I’ve welcomed all the rain we’ve received so far, but I hope we’ll get a break now so things can dry out a bit. Otherwise my succulents might drown!