Taxonomists—scientists describing, naming and classifying organisms—love change. They are constantly assigning and reassigning plants (and animals) based on the latest research findings. The decisions they make often annoy gardeners: After all, why is it necessary to move a plant that has always been one thing into another bucket, causing its botanical name to change? Sometimes these things seem haphazard, but I’m sure they’re always scientifically motivated. Or at least I hope so.

Most of the time the work taxonomists do attracts little attention among the gardening crowd, myself included. However, when an entire group of plants I’m fond of is affected, my ears do perk up.

Case in point: the recent reclassification of the genus Aloe. Molecular studies suggest that not all aloe species have the same evolutionary origin and hence are less closely related than previously thought. Based on those findings, some species have been separated from the genus Aloe and moved into their genus. While only a relatively small number of species is affected, they do include some very popular garden plants, as you will see below. 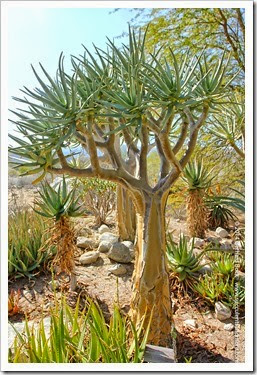 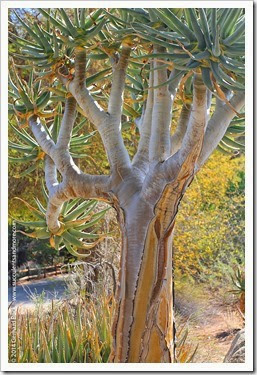 The first new genus is Aloiampelos. It consists of the rambling aloes, shrubby plants characterized by thin, slender stems that are often too weak to stand on their own and therefore require other plants for support. The most commonly grown rambling aloe are Aloe ciliaris (now Aloiampelos ciliaris) and Aloe striatula (now Aloiampelos striatula), the latter being one of the most cold-tolerant of all aloes (hardy to 15°F). 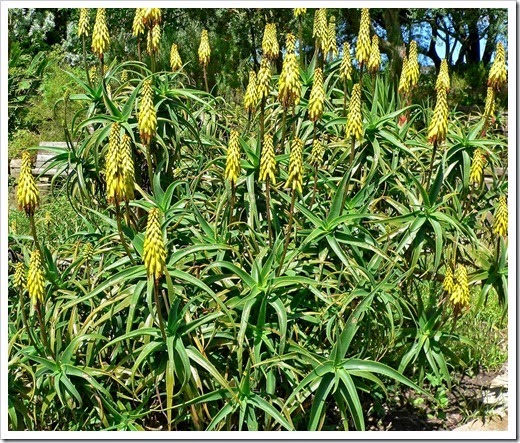 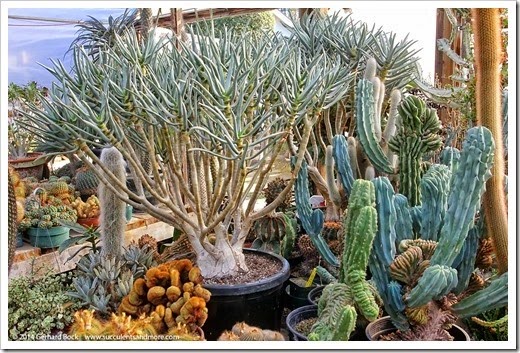 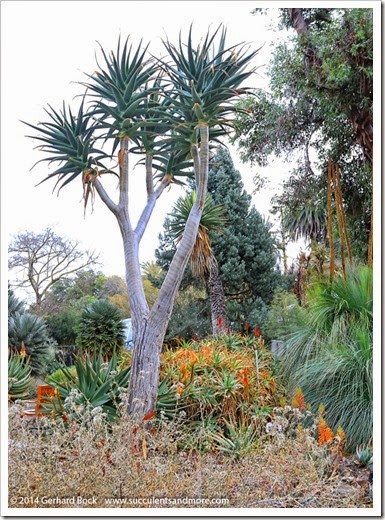 The third new genus is Aristaloe. It’s monotypic, meaning it consists of only one species: Aristaloe aristata. I’ve always thought that this plant doesn’t really look like an aloe. It looks more like a large haworthia, and indeed parallel attempts have been made to move it, together with a few haworthia species, to yet another new genus, Tulista. Manning et al., however, propose the genus Aristaloe, and that’s what I’m going with for my purposes. 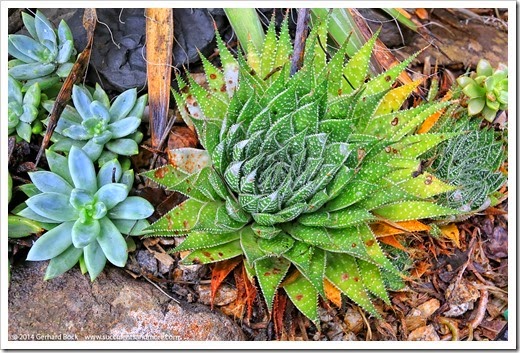 The fourth new genus is Gonialoe. It consists of three species, only one of which is common in horticulture: Gonialoe variegata, the partridge breast or tiger aloe. It’s a very popular plant in California, and easily found in nurseries, including big box stores. 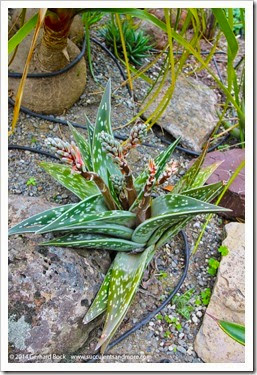 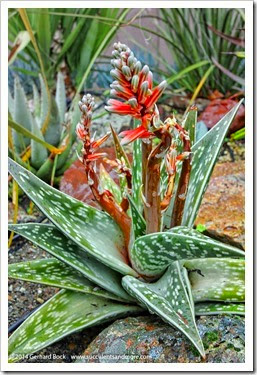 The fifth new genus is Kumara. This genus was first introduced in 1786, then abandoned, and now resurrected to include two very distinctive aloes: the fan aloe (Aloe plicatilis, now Kumara plicatilis), a very popular small tree aloe, and the rare and stunning Aloe haemanthifolia (now Kumara haemanthifolia), which I have only seen in photos. 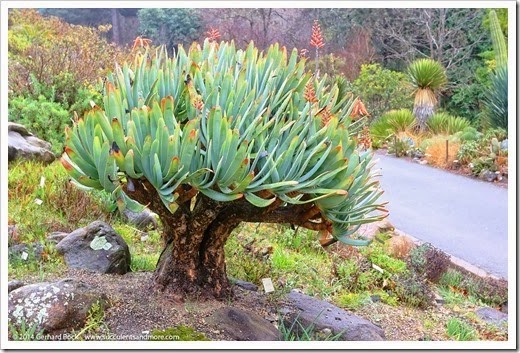 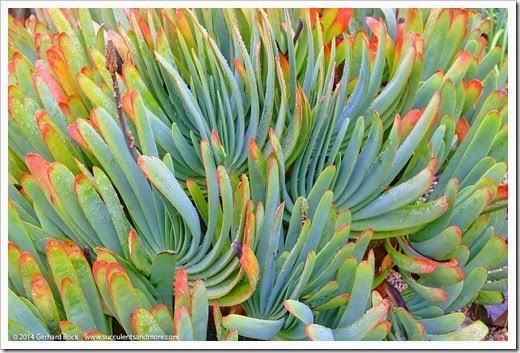 Here is a summary of the changes described above:

Note that the vast majority of aloe species are unaffected by these developments. They remain in the genus Aloe.

You might ask yourself what all this mean for you, as a gardener or plant collector. In the short term, probably very little. Nurseries will continue to use the old names for years to come. I don’t know what effect this has on succulent clubs that organize shows and competitions. How does the Cactus and Succulent Society of America deal with sweeping changes like these? Will they switch to the new names right away or will they cling to the old names? I don’t really know the answer.

As for myself, since I’m aware of these taxonomical changes, I will begin to use the new names immediately. So don’t be surprised when you see a photo of my Aloidendron ‘Hercules’. It’s the same Aloe ‘Hercules’ as before, just with a slightly more challenging name.