Today I had reserved time to do some nursery (s)hopping in Phoenix. I’d compiled a list of four nurseries based on information I found online and some general recommendations in gardening forums. While none of them specializes in succulents per se, it was my assumption that they would have a much better selection than what I’m able to find at home in the Sacramento area—and at better prices to boot.

The first nursery on my list was Baker Nursery. My visit took exactly zero seconds because, as it turned out, Baker Nursery had gone out of business. I should have checked their website first!

Stop #2 was Moon Valley Nurseries. They have nine locations in the Phoenix area. I went to the Scottsdale one because it was closest to my hotel. If I had picked a different location, my experience probably would have been different and, most likely, vastly better.

It started off well enough. My eyes immediately went to this Agave nickelsiae just outside their main building. It was a beautiful specimen but the price sent me reeling: $249.99 for what looked like a 5-gallon can. Yikes!! 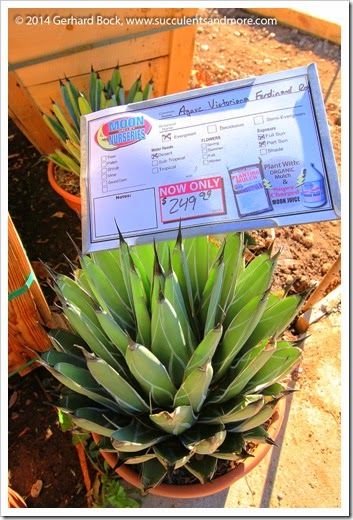 I walked on towards where the other agaves were when my feet sank into something soft. I looked down. No, it wasn’t wet sand, it was freshly poured concrete! And I had left four or five well-defined footprints.

I must have been cursing because a guy came out to see what the fuss was about. I told him that there needs to be a barrier, or at least clear signage, for people like me who look at the plants and not where they’re going! 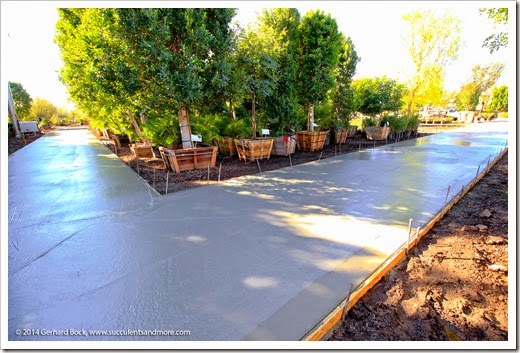 He was very unhappy and went to find the concrete guy so he could smooth out my footprints before the concrete set. I tried to find a way across to the succulents, to no avail, so I eventually gave up and left. My shoes are heavier now than they’d been in the morning thanks to concrete stuck in the soles. Nice souvenir to take home!

Nursery #3 was Whitfill Nursery. They’re a corporate sponsor of the Desert Botanical Garden and have a full-page ad on the back cover of the brochure you get when you visit the garden. Because of that I assumed (here’s that word again) that they would have a large succulent selection. 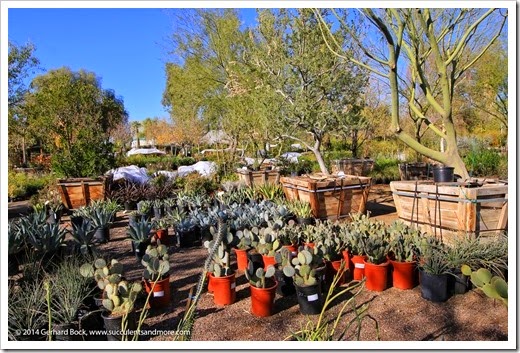 As you can see, they do have a fairly decent assortment of succulents, especially cacti. 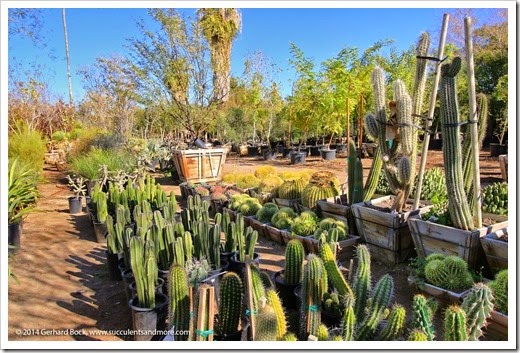 But their prices were not what I would call a bargain—generally $50 for a 5-gallon plant. 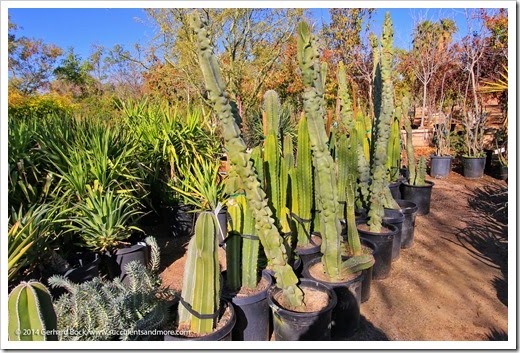 I didn’t even bother to check the prices on the boxed specimens. 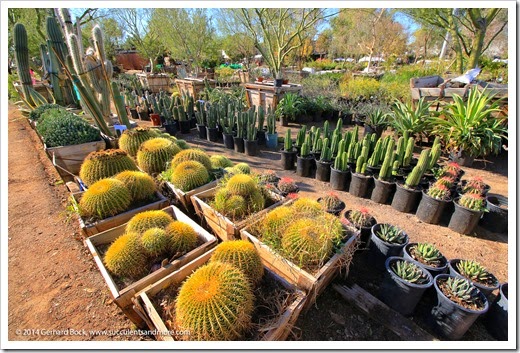 While Whitfill had some agaves, their selection wasn’t stellar. 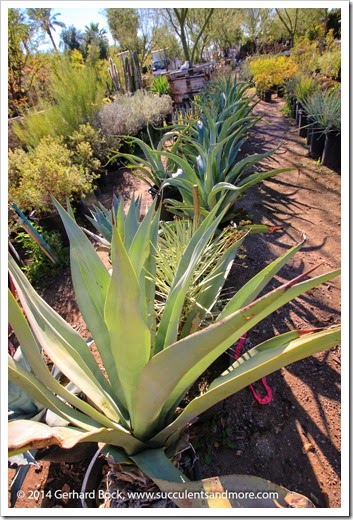 Having said that, these Agave titanota did sing a siren song to me but I resisted. Again, I expected better prices considering we’re in Arizona. 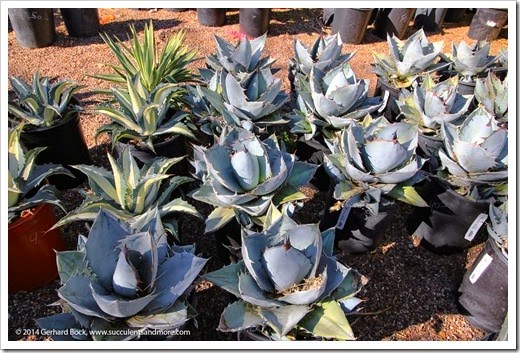 Their selection of 1-gallon sized cacti was very disappointed. What you see in the next photo is about all I could find. They were priced at $10 each. Is it just me or does the way they are “presented,” if you can call it that, look particularly loveless? 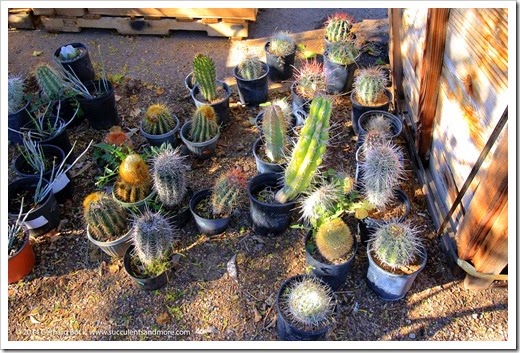 I left Whitfill after 10 minutes, disappointed and dissatisfied.

My last stop was at Elgin Nursery. My expectations were so low that I didn’t even bother taking my camera into the nursery (the photos below were taken on my cell phone; apologies for the subpar quality). 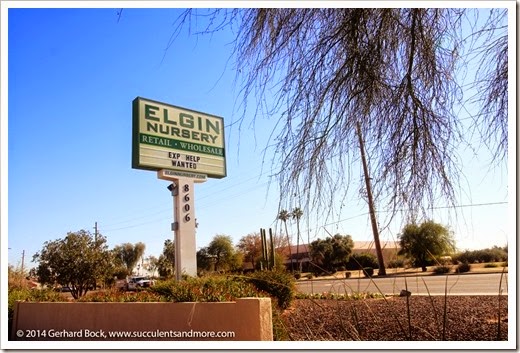 But whaddayaknow?! Elgin ended up being the best of the bunch. Like the other nurseries I visited, their focus seems to be on shade trees—especially large boxed specimens—but I was happy to see climate-appropriate shrubs at outstanding prices. Here is a sampling. 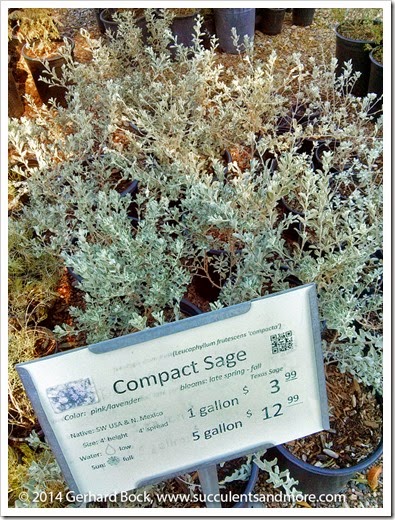 $3.99 for 1-gallon plants and $12.99 for 5-gallon plants? You’d be hard pressed to find a nursery in California that offers prices as good as these, at least in my neck of the woods. 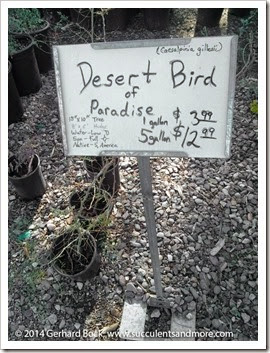 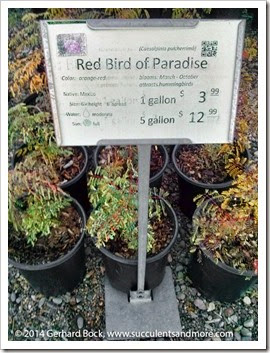 Succulents were priced higher, as is to be expected. Even so, Elgin’s prices beat the other nurseries I’d visited by a good 20%. 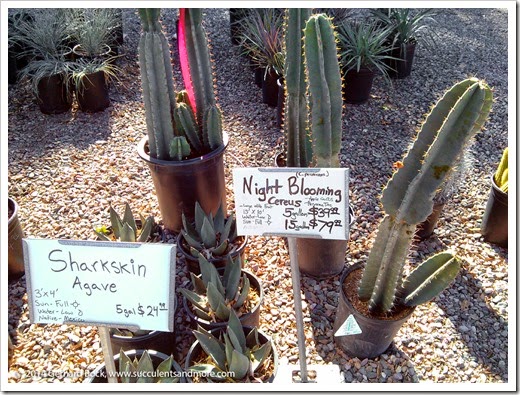 I hadn’t really planned on buying a cactus, but considering that the Mexican fence post (Pachycereus marginatus) is a personal favorite—and that at Elgin you get three stems per pot!—I pulled the trigger. 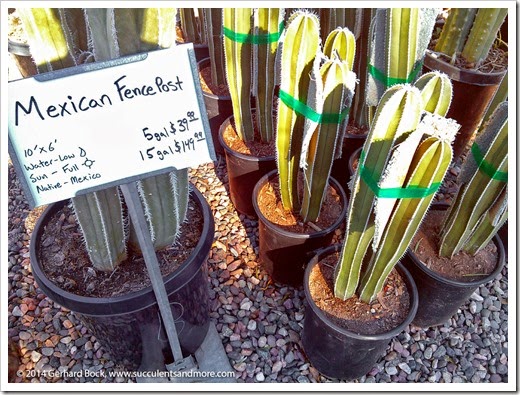 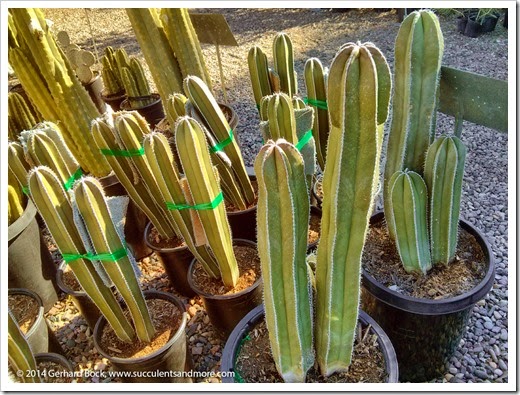 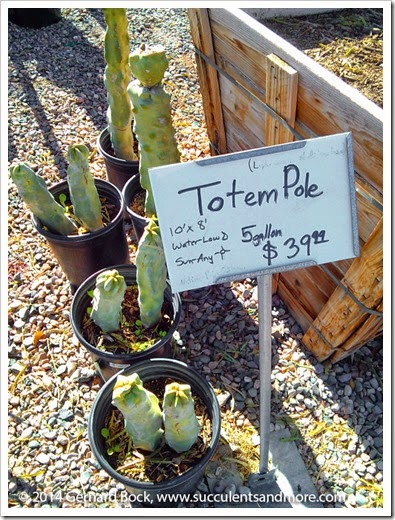 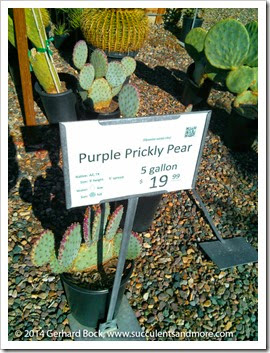 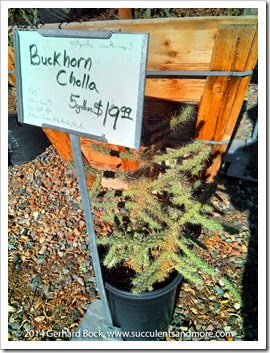 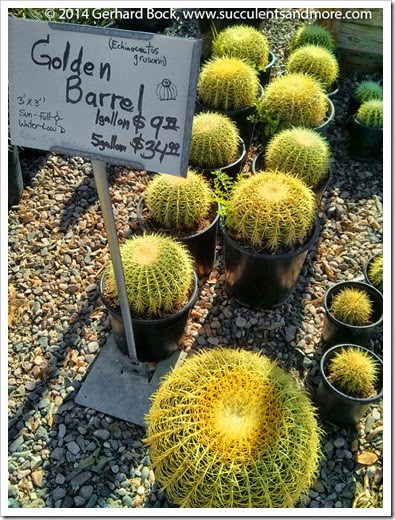 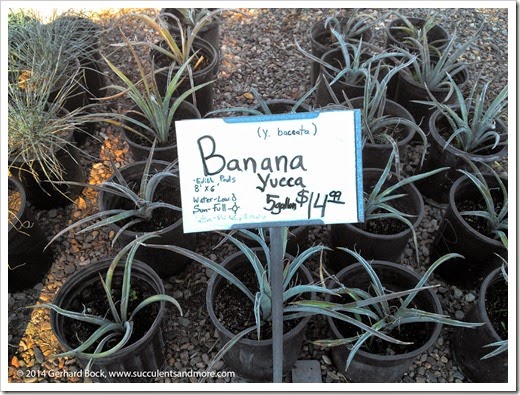 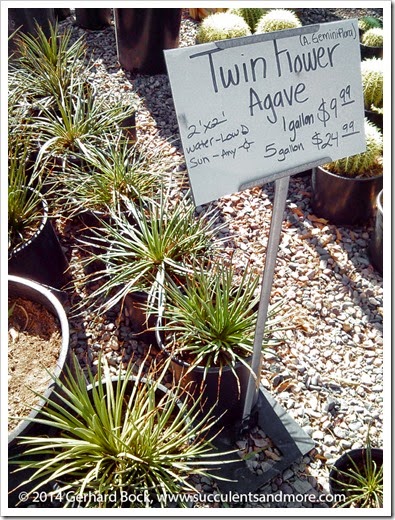 I can’t get used to the sight of bare-roots ocotillos being sold by the bundle. It looks like you’re buying dead sticks but apparently they root easily. $29.99 seemed quite reasonable to me. If I lived here, I would have bought some. 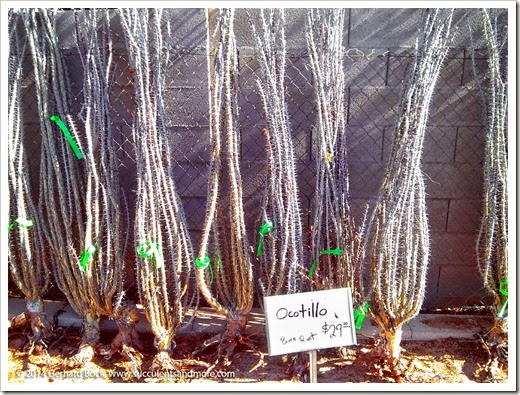 The sale of ocotillos, like many plants native to Arizona, is governed by state law and requires a permit. That’s what the green tags must be. 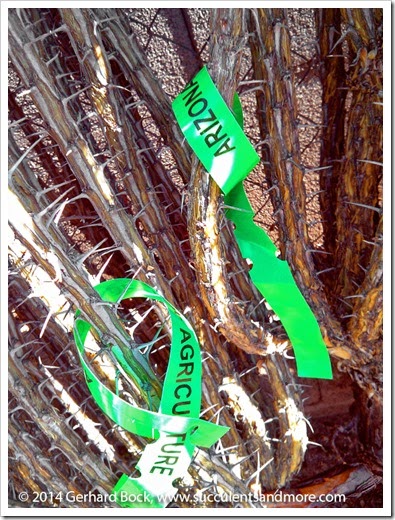 So what did I end up buying? 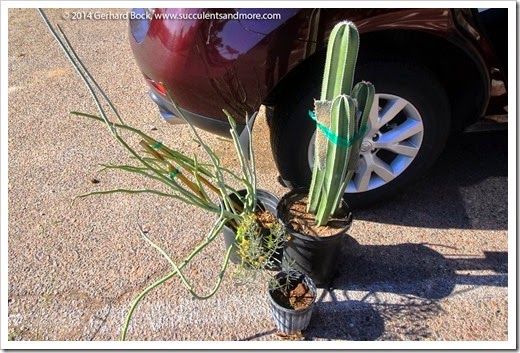 In addition to the Mexican fence post cactus, I also found a slipper plant (Pedilanthus macrocarpus, blue form) that I‘d been looking for—reasonably priced at $14.99 for a 5-gallon can—and a silver-leaf cassia (Senna phyllodinea) for $3.99. It will made a nice addition to our desert bed.

Tomorrow I’m heading to Tucson, and I’m hoping that nursery shopping will be more rewarding there.