Inspired by a recent post on A Growing Obsession entitled Checking out the nurseries in August, I dropped by Green Acres Nursery in Sacramento to do some exploring. As Denise so eloquently said in her post, this “is the perfect time to discover the true survivors” of our long, hot summer.

So did I find anything garden worthy? More than I had expected! There were two standouts: a variegated elephant’s ear (I’ll talk about it some more later on) and a hairy plant with sturdy pink flowers that stopped me dead in my tracks. 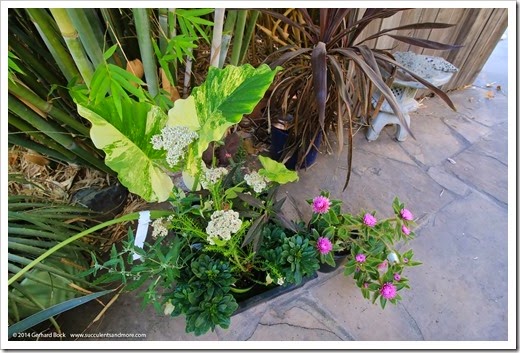 While I don’t hate pink flowers, I’m not typically drawn to them either the way I am to red, yellow or blue flowers. Still, there was something very intriguing here: 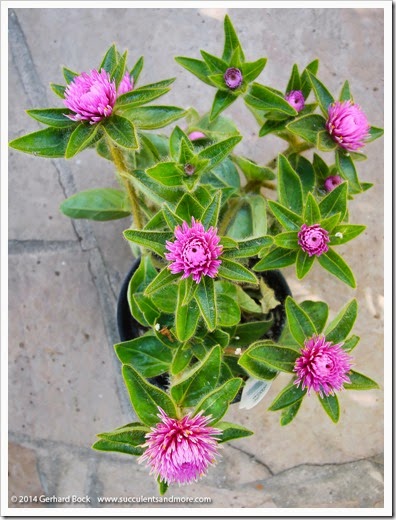 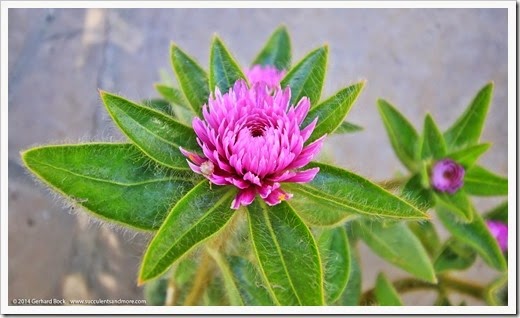 Those of you who follow the latest plant trends probably recognized this right away as Gomphrena ‘Pink Dazzle’. Apparently it caused quite a stir in industry circles last year. Me, I had never heard of it before.

Typically, gomphrenas, or globe amaranths, have fairly small, clover-like flower heads (the “petals” are actually bracts, while the real flowers are tiny white or yellow trumpet-shaped structures). ‘Pink Dazzle’ is a new-fangled hybrid with flower heads so large, they look nothing like a traditional gomphrena. On the plant I bought, the flower heads are just opening up; wide open, they can be up to 3 inches across and last for up to a month.

‘Pink Zazzle’ supposedly thrives on heat. Mine is getting a good 6 hours of direct sun, so I’ll know soon enough how “heat-loving” it really is. 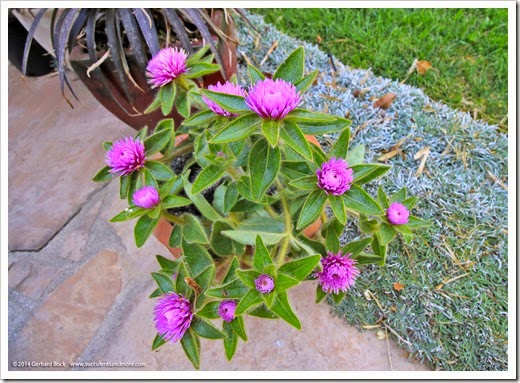 Globe amaranths are annuals so my ‘Pink Zazzle’ won’t be around forever. I don’t typically buy annuals, certainly not towards the end of summer, but I was happy to make an exception for this one. What do you think? Love it or leave it? 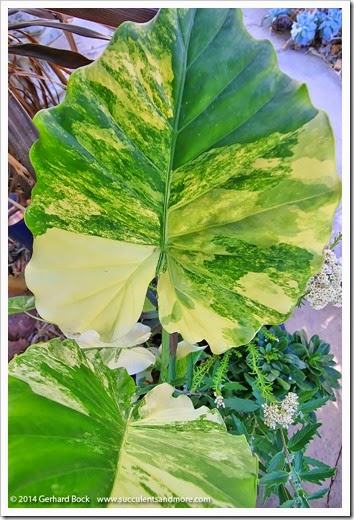 Buying an elephant ear—a plant that guzzles water like a Chevy Suburban guzzles gas—may seem like the height of folly in drought-ridden California. But now and then it’s good to do something crazy. In the grand scheme of things, buying one water-loving plant isn’t as bad as watering a huge lawn three times a week so I didn’t feel too guilty. 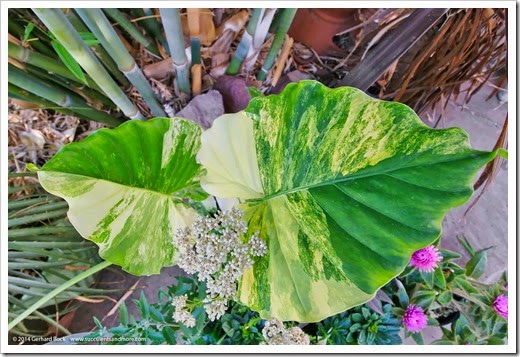 Plus, you have to admit that this is one fine-looking plant! 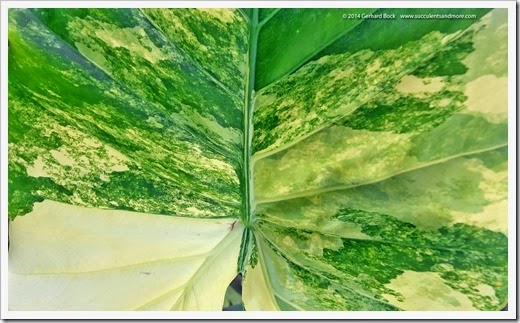 It went in a pot next to the family room slider and it will be watered primarily with gray water we collect manually from the kitchen sink. A small price to pay for something that makes me happy. 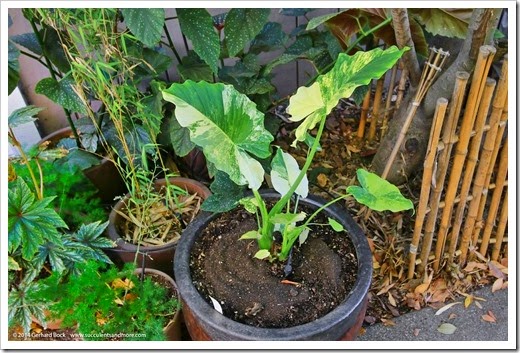 Purchase #3 was a male fern (Dryopteris filix-mas 'Undulata Robusta'). It replaced the Australian tree fern (Cyathea cooperi) that died earlier this year. Male ferns supposedly are more tolerant of dryness than many other ferns; we’ll see how that goes. I expect to hand-water it regularly with gray water from the kitchen sink. 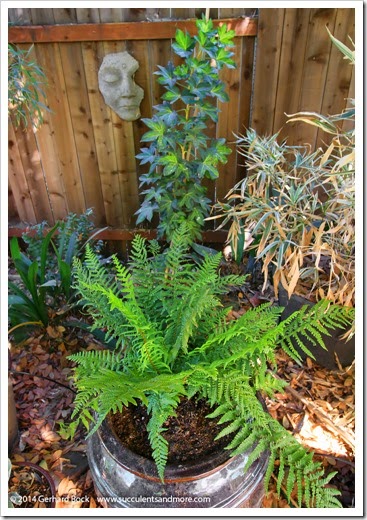 I bought a few more plants but they’re still waiting to go in the ground. I’ll post an update after they’ve moved into their permanent houses.