Lava flows look forbidding. You’d think nothing could grow on lava. But on the eastern side of Hawaii, which is blessed with abundant rainfall, we saw ferns, especially the Asian sword fern (Nephrolepis brownii), and even ʻōhiʻa lehua trees (Metrosideros polymorpha) growing right out the lava.

Things are different here in the northwestern corner of the island, which is significantly more arid. The only things you see growing in the lava fields are grasses, especially fountain grass (Pennisetum setaceum). Most of you are familiar with it and may even grow it in your own garden. It’s native to East Africa, the Middle East and Southwest Asia and was introduced to the island of Hawaii in the early 20th century. It’s an attractive grass, especially when in bloom, but here on Hawaii it’s a big problem. It grows quickly, both in dry and wet areas, and crowds out other plants. In addition, it’s very flammable and poses a major fire threat in dry areas, and at the same time it can survive brush fires while native plants can’t.

In the Kona area, fountain grass has “infested” more than 200,000 acres. It is “perceived as one of the most disruptive alien species in Hawaii” (1) and “is a major threat to some critically imperiled plant species and natural communities” (2).

Still, its beauty is undeniable, especially contrasted against the rough lava. It’s a tragic irony of nature that plants that are so attractive can have such a detrimental effect on native ecosystems… 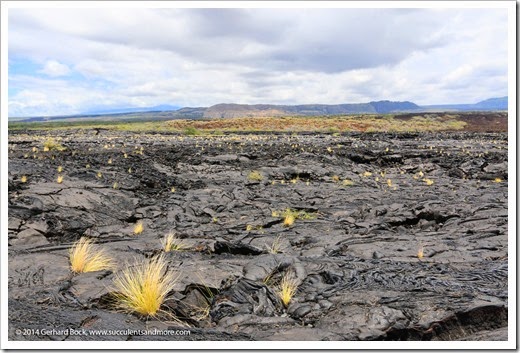 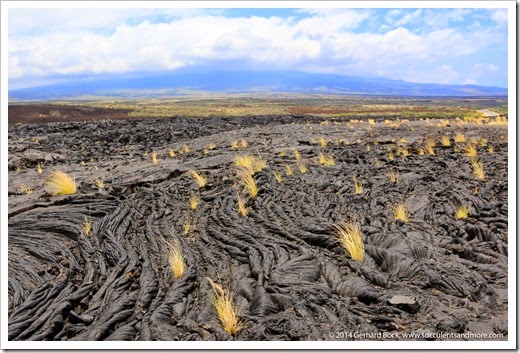 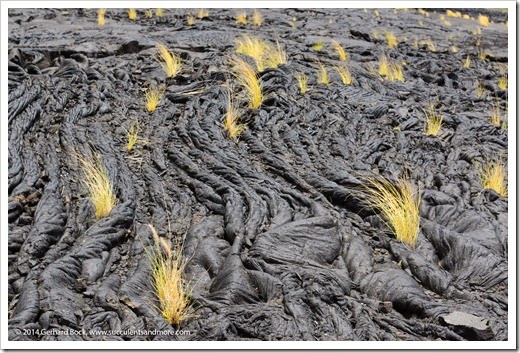 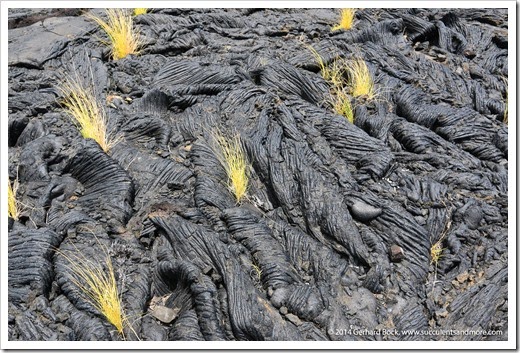 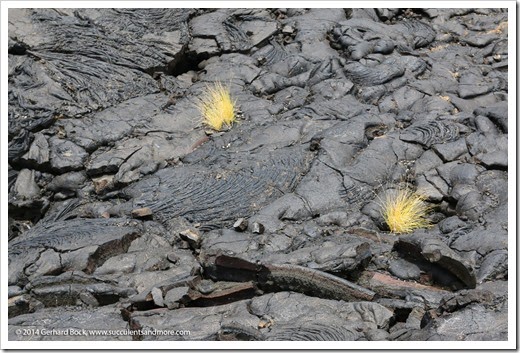 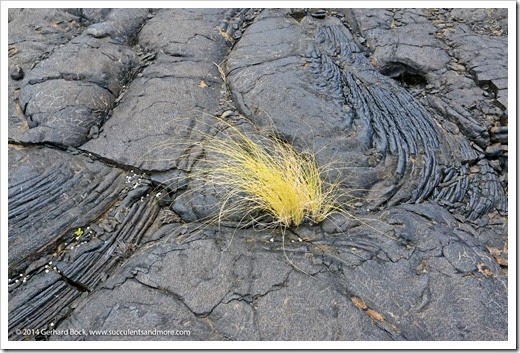 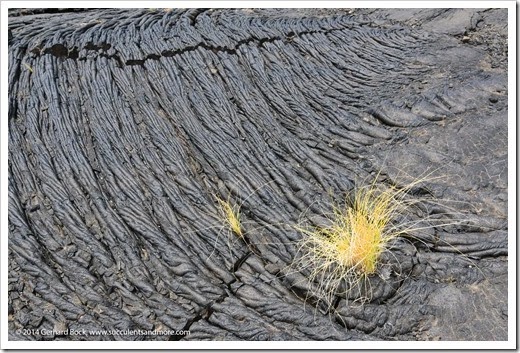 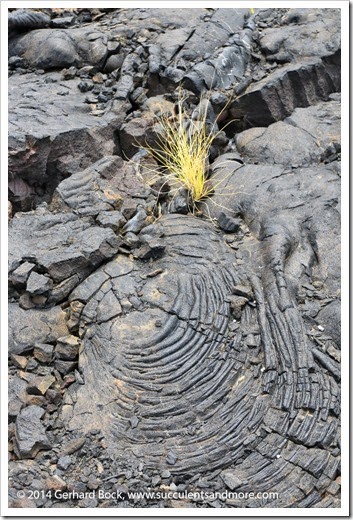 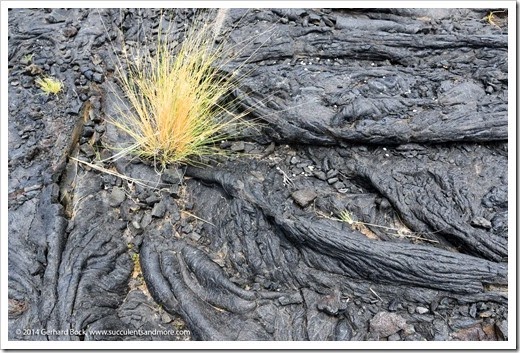 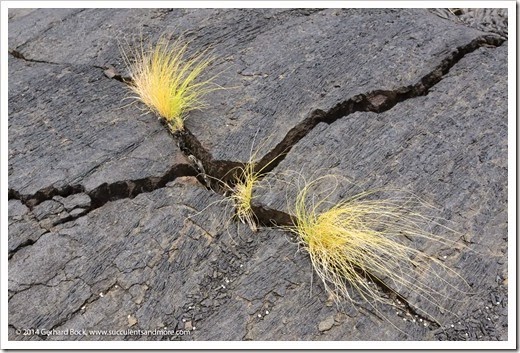 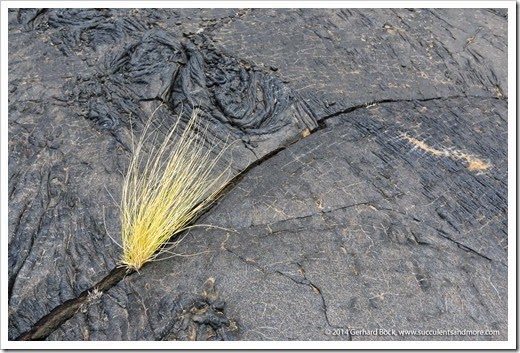 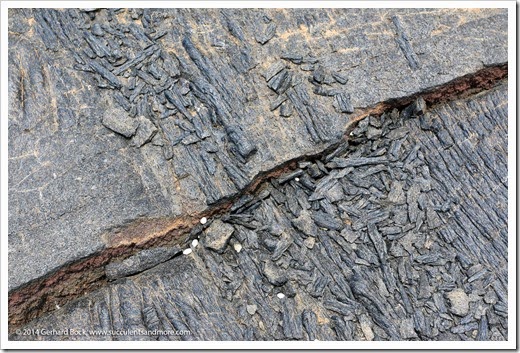 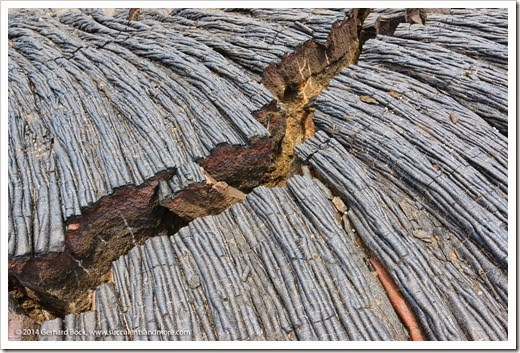 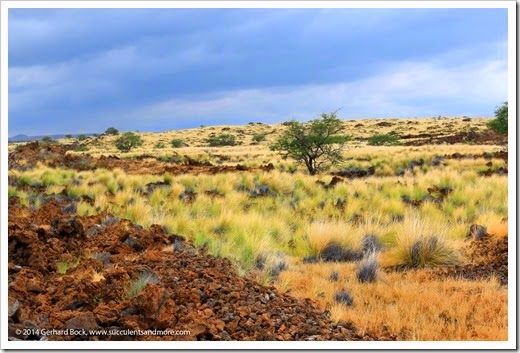 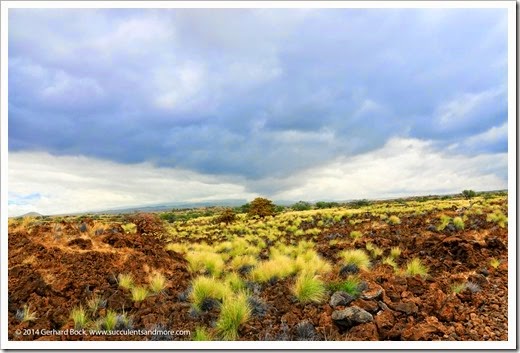 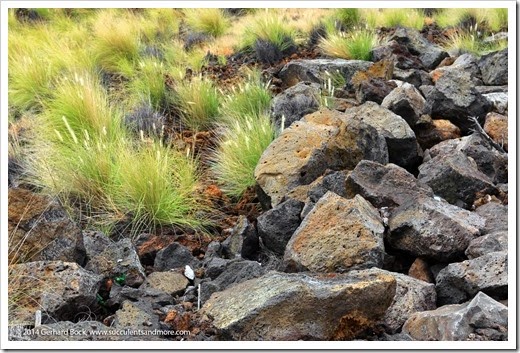 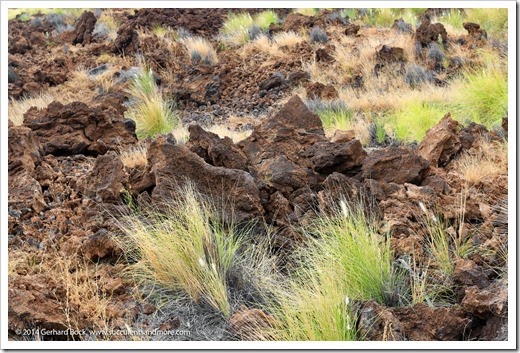 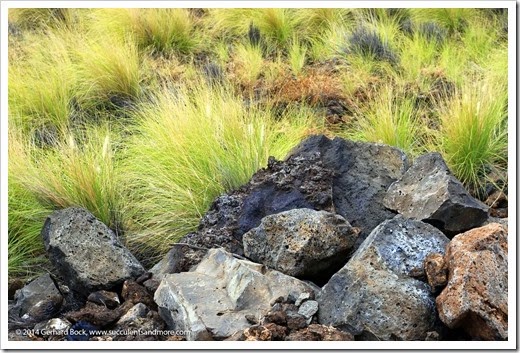 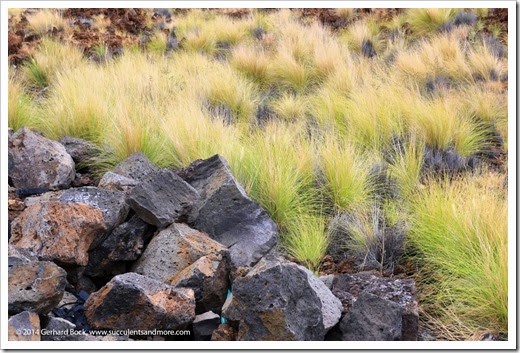