The Big Island of Hawaii isn’t a place you go to see succulents. The wet eastern side—some places receive in excess of 150 inches a rain a year—would kill most succulents. Although much drier, the western side isn’t a hotbed of succulent activity either. I did spot a few very large Agave americana, including the even more monstrous variegated variant, as well as the occasional Furcraea foetida, a frost-sensitive Caribbean agave relative, but that was about it. With one exception: the foxtail agave (Agave attenuata). It seems to grow everywhere here on Hawaii, be it in hot and humid Hilo on the eastern side and in much drier Hawi on the northwestern tip of the island.

The photos in this post were all taken in the small town of Hawi in the North Kohala district. A thriving hub during the heyday of sugarcane cultivation (pre-1980), Hawi’s claim to fame today is that it’s the northernmost point of the bicycle leg of the Ironman World Championship Triathlon. Hawi sports a couple of dozen restaurants, galleries and boutiques—and the most impressive clumps of Agave attenuata I’ve seen anywhere on Hawaii. 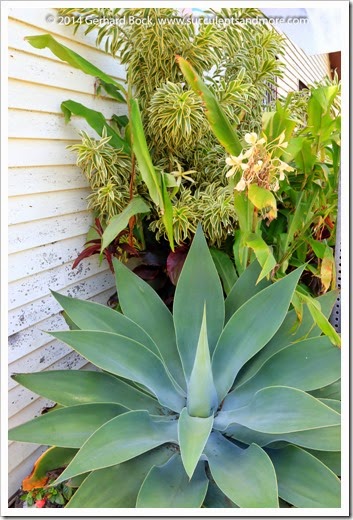 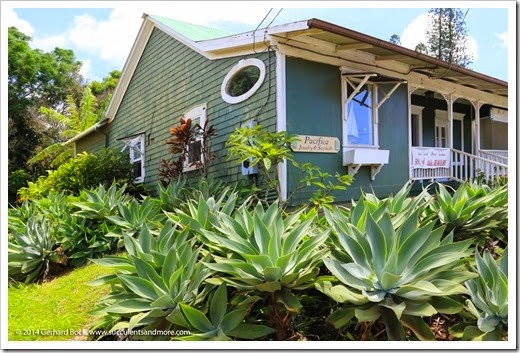 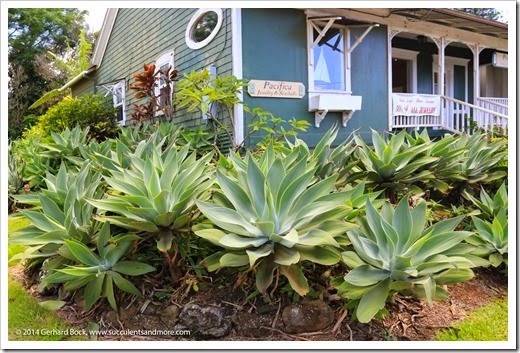 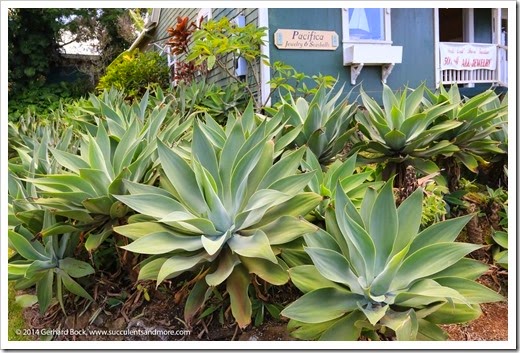 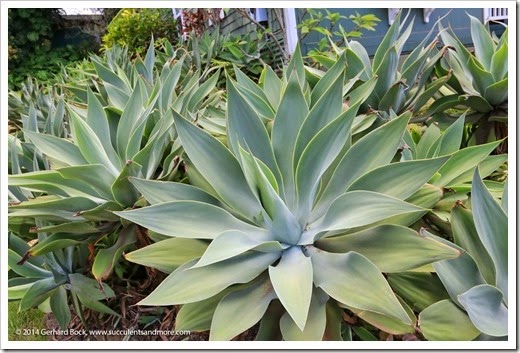 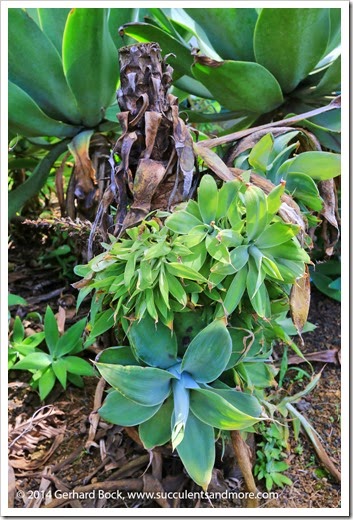 Dozens of babies growing on a dried-up bloom stalk 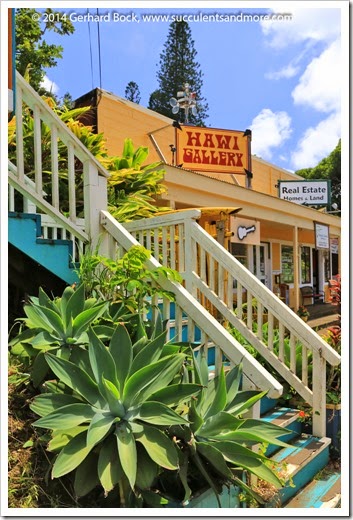 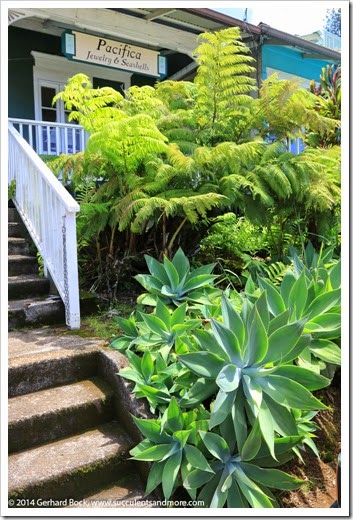 I’m sure people in Hawi think Agave attenuata is nothing special. But for me, living in a climate that is just a few degrees too cold in the winter to grow it successfully, it is. I continue to obsess over Agave attenuata even though I’ve sworn more times than I can count that I would be done with it.

But what would the life of a plant collector be without a challenge!