Mangave ‘Bloodspot’ about to flower

One of the major surprises of this summer is this Mangave ‘Bloodspot’: 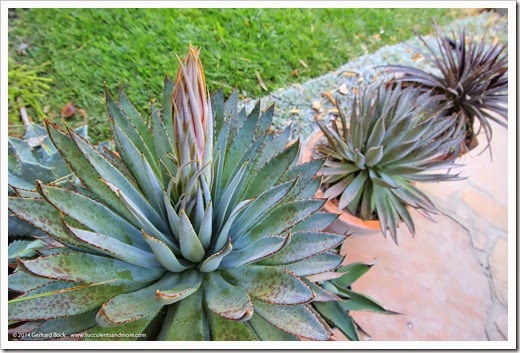 It’s about to flower!

I’m not quite sure whether to be excited or sad. Most agaves die after flowering while manfredas flower every year without dying. ‘Bloodspot’ is a hybrid between Agave macroacantha and Manfreda maculosa so the jury is still out on what will happen.

I haven’t been able to find definitive information on what to expect. San Marcos Growers, whose excellent website is one of my go-to resources for all things succulents and drought-tolerant, says:

This plant is considered by some to be non-suckering and monocarpic so completely dying after flowering but others have reported that the flowering rosette can live past the flowering event and that it will also occasionally sucker new rosettes to provide additional longevity - we are not sure on this ourselves and welcome other's observations.

A discussion on the Xeric World Forum suggests that ‘Bloodspot’ may die after flowering, but that it will produce offsets before it does:

Friend has one that flowered last year... produced a lot of healthy suckers and bulbils, and plant is still alive today... but not grown since it flowered... So I assume it is monocarpic... it just doesn't know it yet.

Mine died after flowering, but took awhile and did produce lots of pups. Has taken a few years for the plant to regain full size. 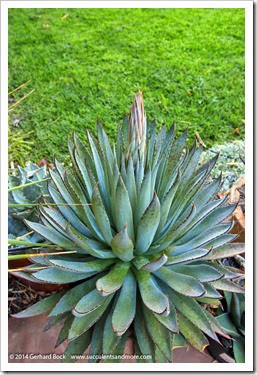 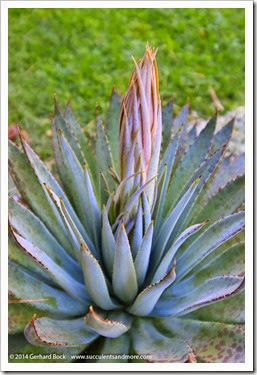 The flowering ‘Bloodspot’ is the larger of the two in my collection. The other one looks perfectly normal, no sign of an impending flowering event. I believe it’s a year younger than the other. 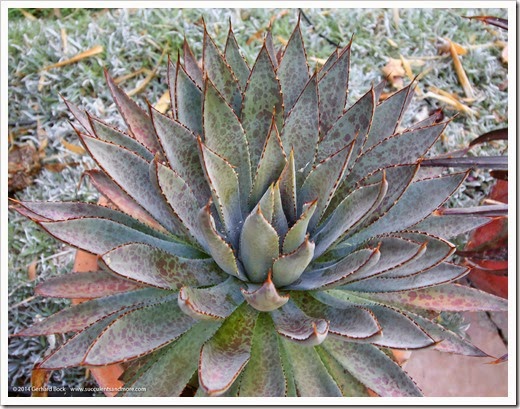 Here’s the emerging flower spike as of today, four days after the photos above were taken: 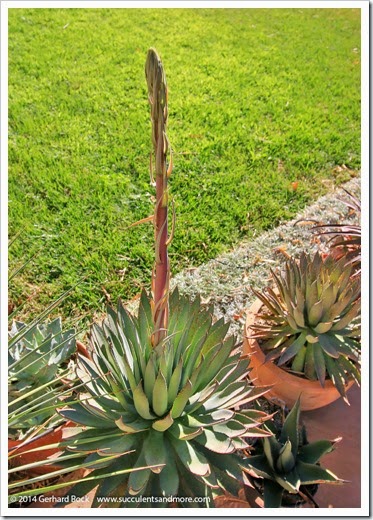 I’ll keep you posted on what will happen. Since I’m quite fond of this intergeneric hybrid, I’m hoping for a few offspring.