The mysterious case of the prickly palo verde

My infatuation with the three palo verde trees in front of our house continues unabated. I love running my hands through the soft, delicate foliage. 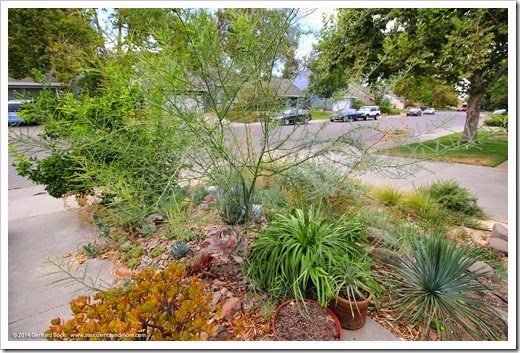 I took a closer look at the leaves. 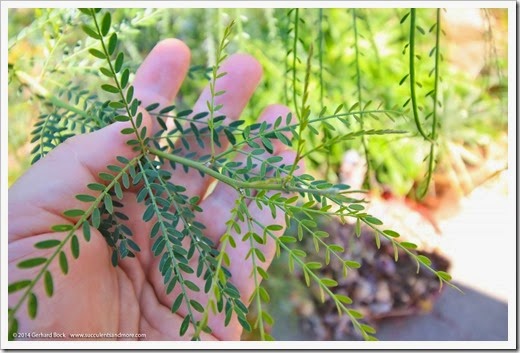 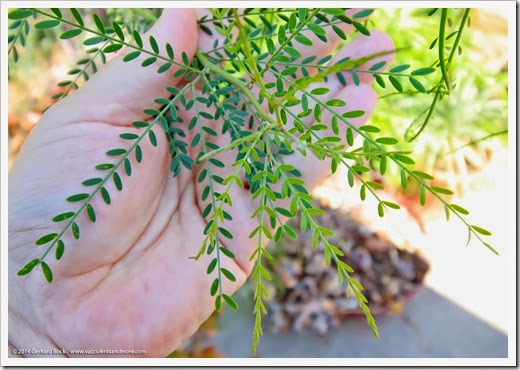 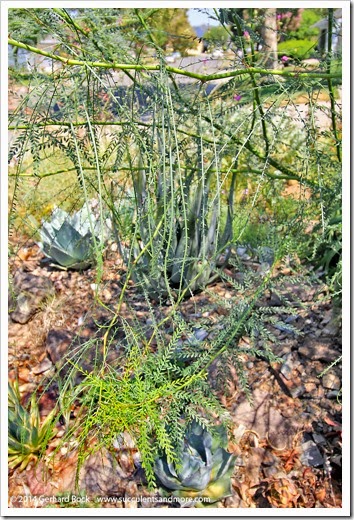 The leaves from the horizontal branch on top are significantly smaller. 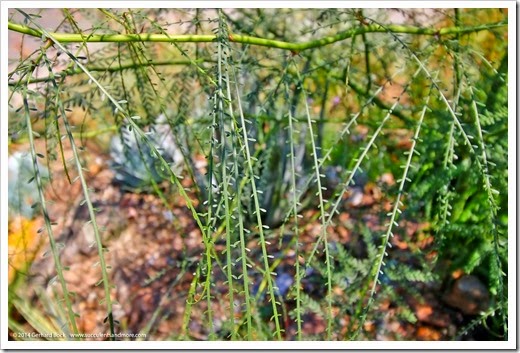 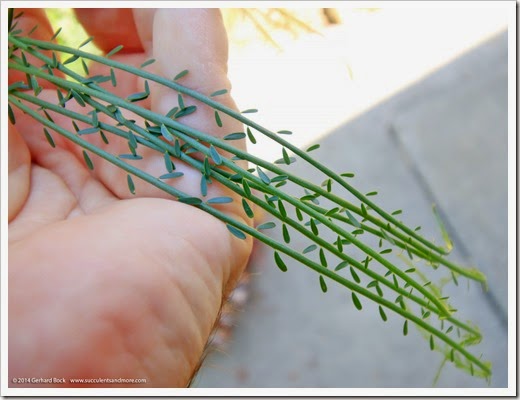 It didn’t take long to realize that there was one branch—what I thought of as a second trunk—coming from the rootstock below the union. (‘Desert Museum’ palo verde are almost always grafted.) 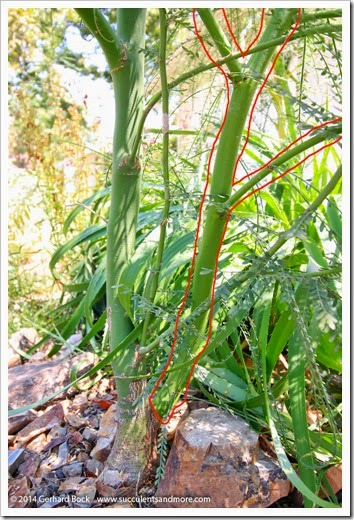 Out came the saw, and a minute later the offending “water shoot” had been removed. 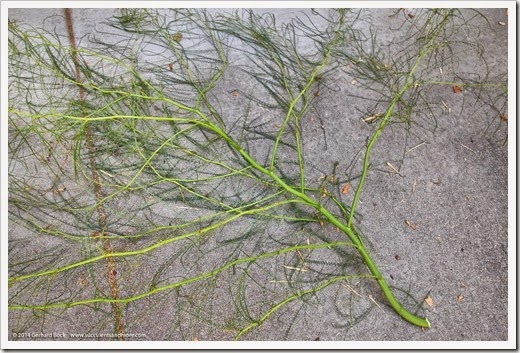 Looking at the leaves—tiny, sparse and oblong—I think the rootstock is from a Mexican palo verde (Parkinsonia aculeata). 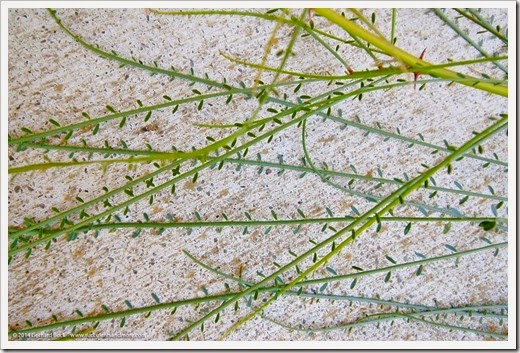 And here are the thorns that had pricked me. Fittingly enough, Parkinsonia aculeata is also called “Jerusalem thorn.” 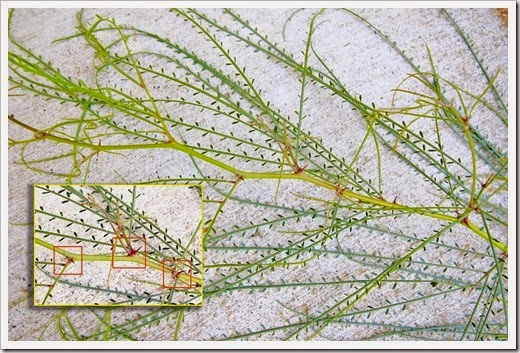 So there you have it. Mystery solved.

The ‘Desert Museum’ hybrid grows to a very manageable 20-25 ft. and combines the best qualities of each of its parents: