This spring we had a profusion of California poppies (Eschscholzia californica) in the succulent bed along the driveway (1 2). I removed most of the regular orange poppies after they were done blooming but let the yellow- and red-flowering selections (‘White Linen’ and ‘Red Chief’) go to seed because I want more of them next year. After ‘White Linen’ and ‘Red Chief’ had dried up completely and their seed pods had popped open, they went in the yard waste pile as well.

Imagine my surprise when this little beauty started to flower last week: 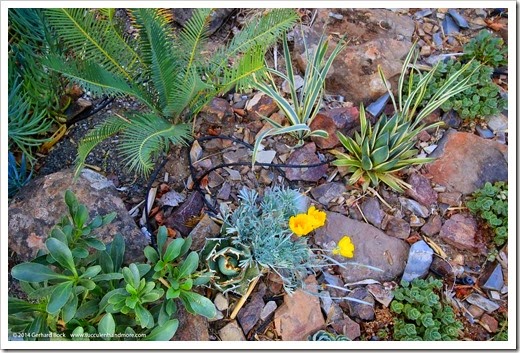 It’s less than half the height of a regular California poppy, its leaves are much bluer, and the flower color is much more yellow than orange. 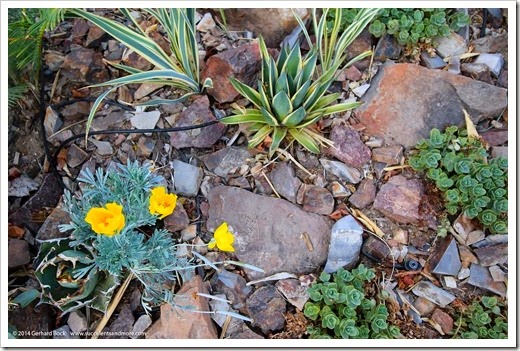 My best guess is that this is a Mexican poppy (Eschscholzia californica ssp. mexicana), a subspecies of the California poppy. Native to the U.S. Southwest and Mexico, it’s much smaller and has more graceful leaves than the California poppy. The flower color can range from orange to yellow and even white. 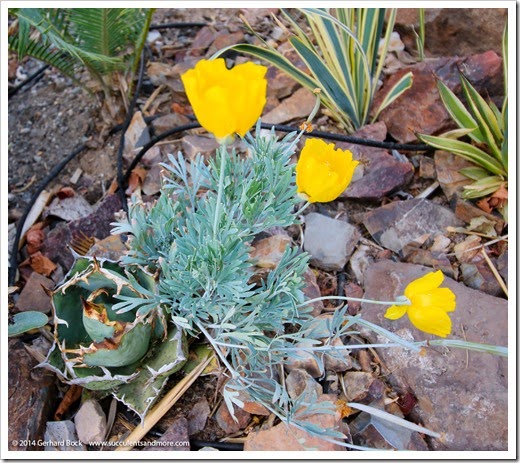 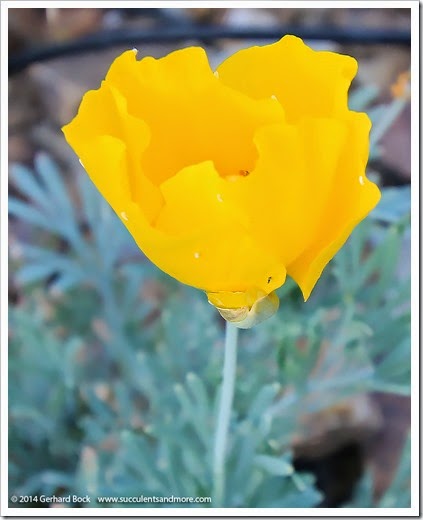 In addition to what it is, there’s another mystery: How did it get here? The only seeds I sowed were the two named California poppy cultivars, ‘White Linen’ and ‘Red Chief’. Maybe Mexican poppy seeds had somehow snuck their way into the wrong seed package? 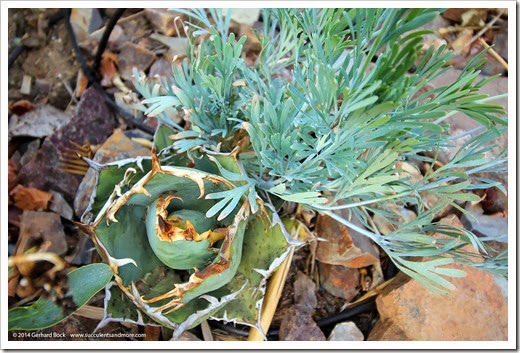 But why is it blooming now, happily and cheerfully, as if it were March or April?

So many unanswered questions from such an assuming plant!