Hawaii: Kona is for chillin’

Kona (or Kailua-Kona as the post office calls it) is the main town on the western side of Hawaii. It was established in 1812 by King Kamehameha I as the capital of the new Kingdom of Hawaiʻi. After the capital moved on to Lāhainā and then to Honolulu, Kona was primarily a vacation retreat of the royal family and a sleeping fishing village. It wasn’t until the 20th century that tourism transformed the town (and the entire area). Today Kona is a major hub of commerce and tourism, and the island’s biggest airport is located just to the north.

We had been skirting Kona all week on our way to other places, like Puʻuhonua o Hōnaunau and the Mountain Thunder Coffee Plantation. Yesterday we decided to visit downtown proper to see what it was like. I didn’t think Kona was as fancy as Carmel-by-the-Sea in California, and I was right. In fact, Kona was refreshingly unpretentious; very laid back, a tiny bit rough around the edges, but with a good vibe. I enjoyed walking around in spite of the heat and (yes, Alan!) the humidity.

Here are some photos I took on Ali’i Drive, Kona’s main street that hugs Kailua Bay. 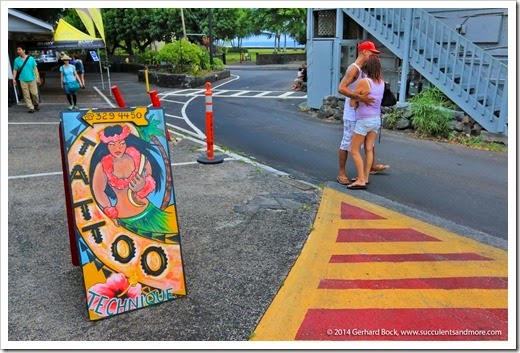 I’m not into tattoos, but I loved this sign 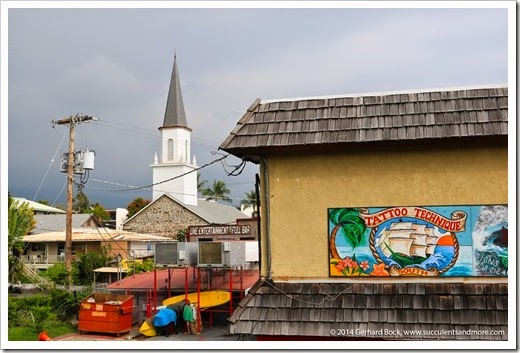 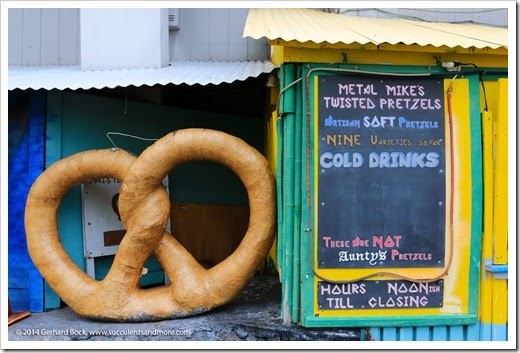 Not your aunty’s pretzels 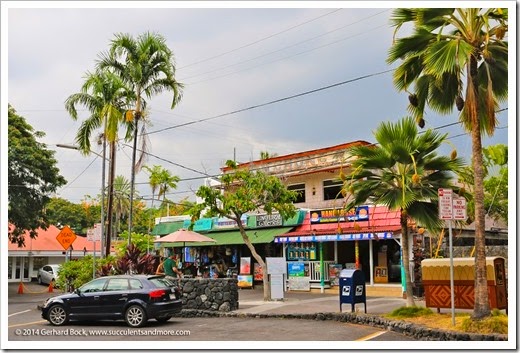 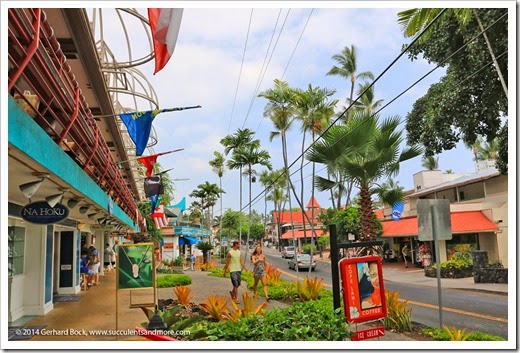 …is laid back and unpretentious 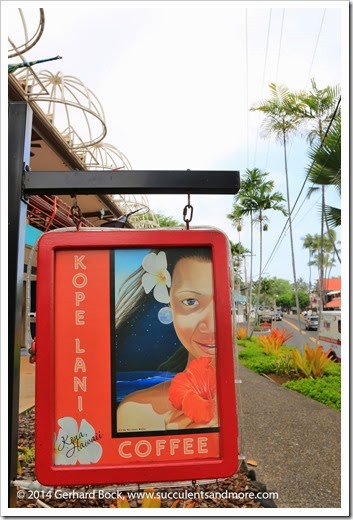 I had a great Kona coffee latte here at Kope Lani 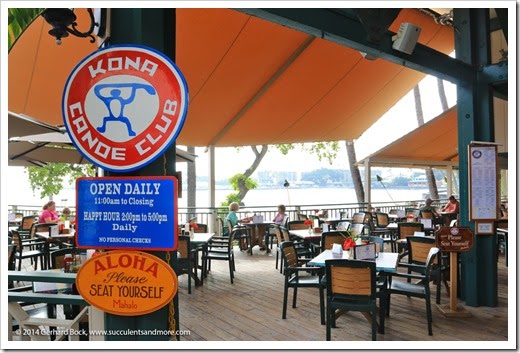 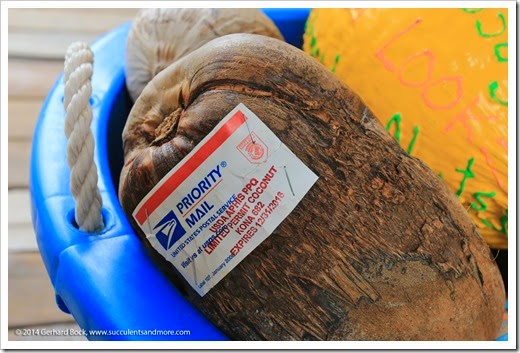 Mail yourself a coconut! 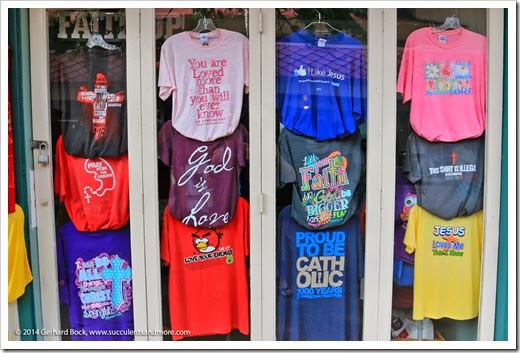 I don’t think I’ve ever seen a window full of religious T-shirts before. Who knew there was such demand for them in Kona. 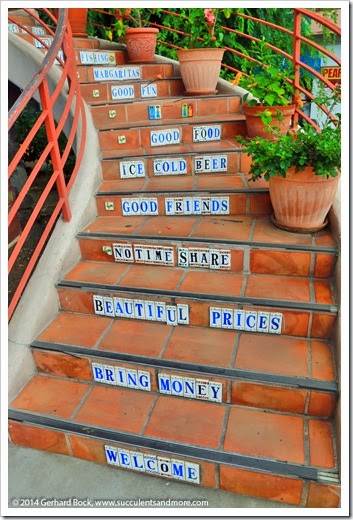 Two historical buildings are right across from each other in the heart of downtown Kona. Built in 1823 by missionaries from Boston, Mokuʻaikaua Church is the oldest Christian church in all of the Hawaiian Islands. 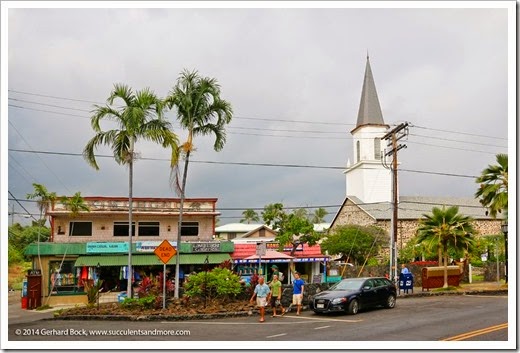 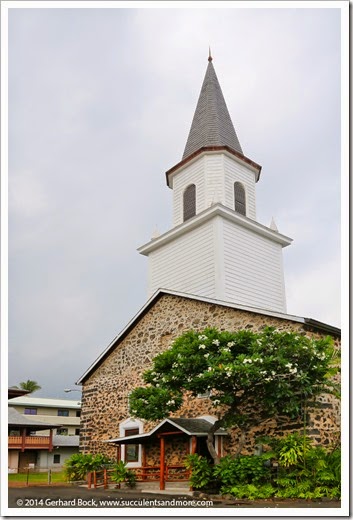 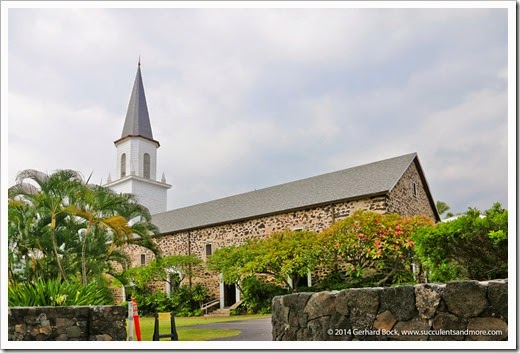 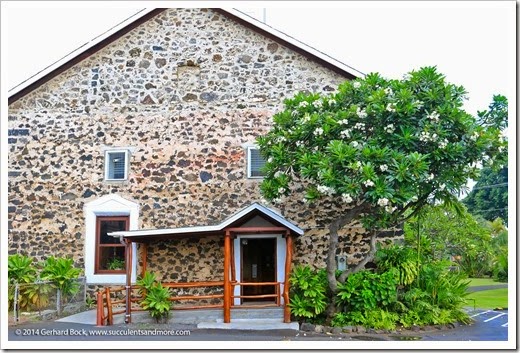 Across the street from Mokuʻaikaua Church is Huliheʻe Palace, the former vacation retreat of the Hawaiian royal family. Completed in 1838, it was originally built out of lava rock and later covered with stucco (what a shame). Today the Palace is a museum run by the Daughters of Hawai’i. 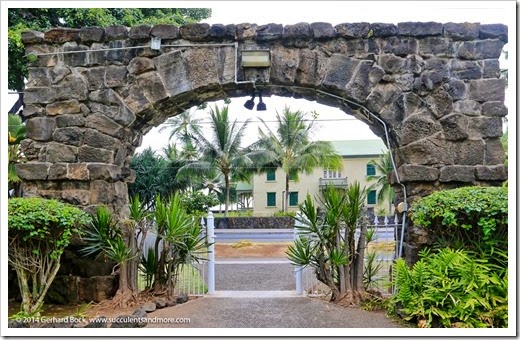 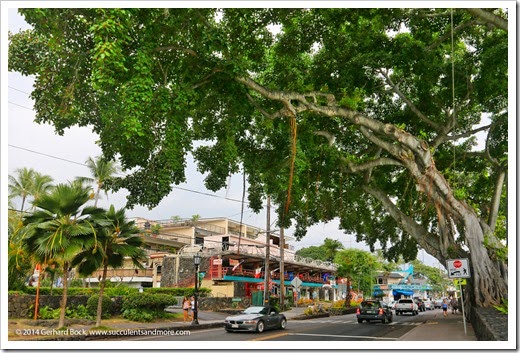 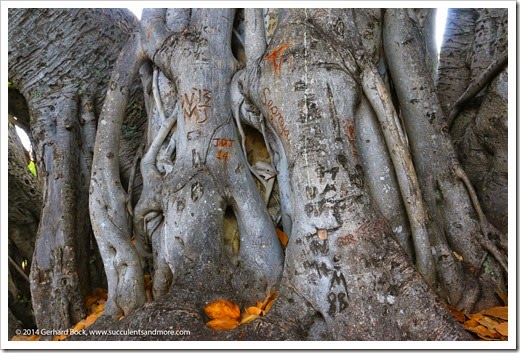 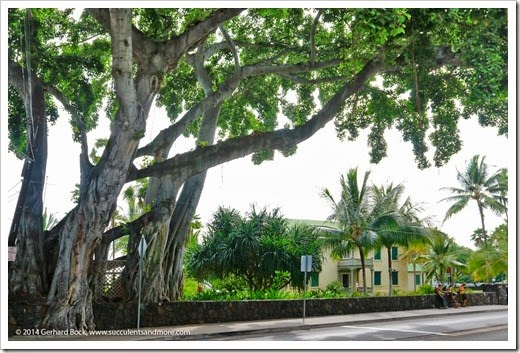 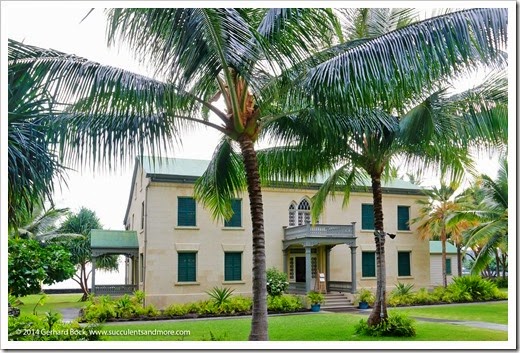 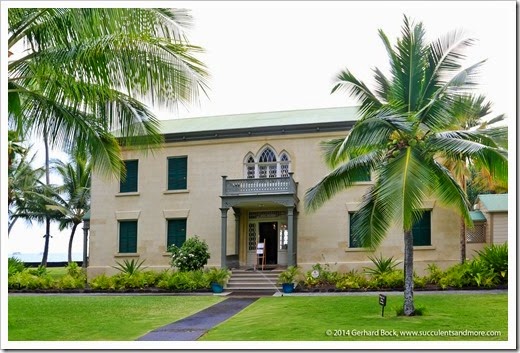 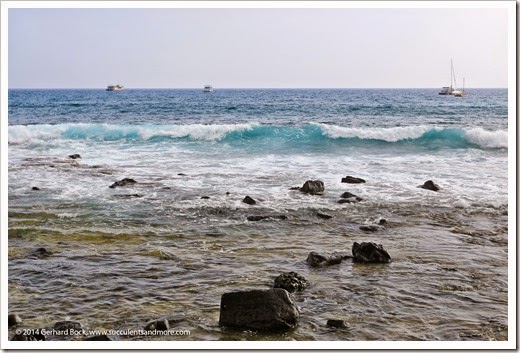 Kona is hot and sticky and I wouldn’t want to be spending my entire stay on the island there, but it’s definitely worth a stroll.