Entirely by accident, Wednesday turned out to be the day of the farmers market. After thoroughly enjoying the Hilo farmers market in the late morning, we went to the night market at Uncle Robert’s in Kalapana Village, about 20 minutes from our house in Pahoa. It had been highly recommended, and in turned out to be an early highlight of our trip.

A legend in these parts, Uncle Robert Keli’iho‘omalu is the patriarch of a large family who live on a four-acre compound literally at the end of the road: You simply follow the Kapoho-Kalapana Road, locally referred to as the Red Road for the original red cinder pavement (now asphalt) until you can go no further. From the hundreds of cars parked along the road, you’ll know when you get close. As Uncle Robert says, “Where the road ends, the aloha begins.” 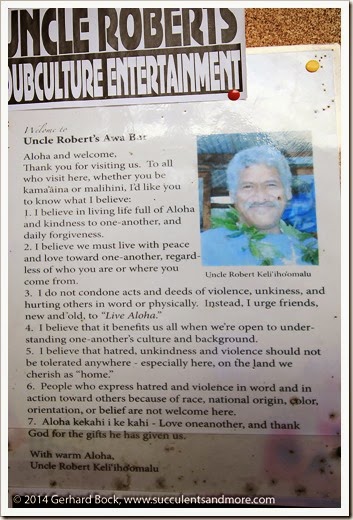 Robert, now in his mid 70s, grew up here in a family raising pigs and growing taro. He and his wife raised 11 children here, many of whom stayed and had children of their own. I don’t know how many houses are in the compound, but quite a few. In 1990, the lava flow from Kīlauea that ended up destroying the village of Kalapana and permanently altering the shoreline somehow spared his family’s property. To give thanks, the family began to open up its property to the community. 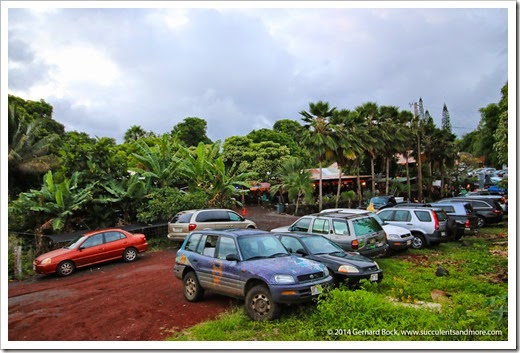 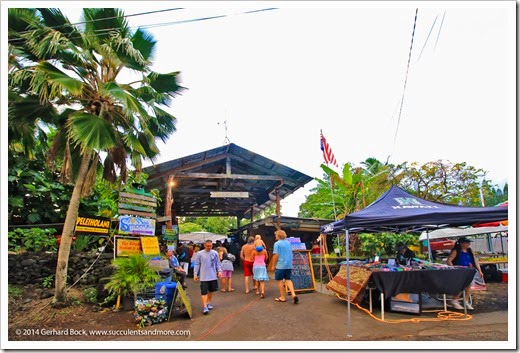 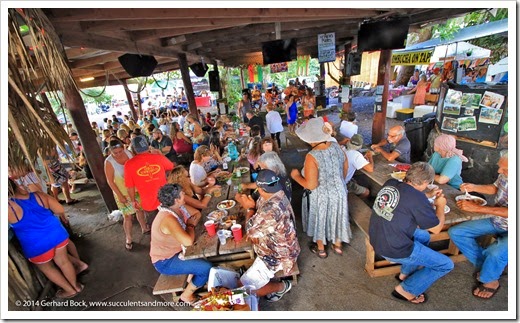 What started out as Uncle Robert and his family playing music for the community slowly expanded into the spectacle we experienced yesterday: dozens of vendors, food booths, lively entertainment from a fantastic band, and a crowd of many hundreds from all races and walks of life, including a large number of kamaʻaina (Hawaiian residents). 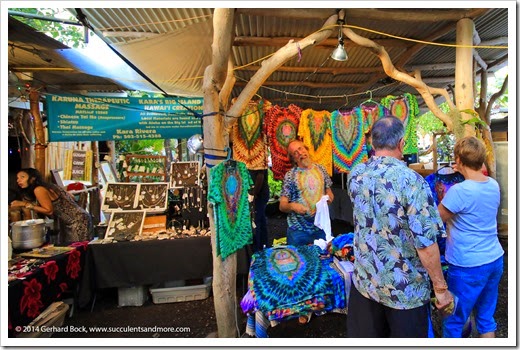 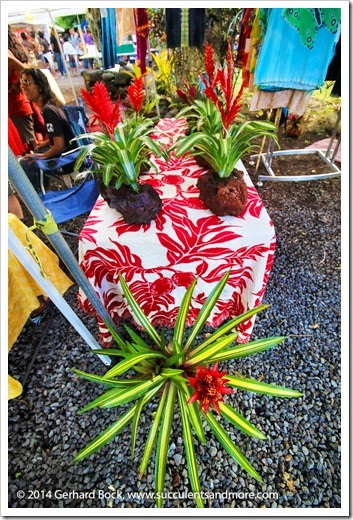 As the sun set and the night fell, the atmosphere became positively electric. Wherever you looked, people had a smile on their face, and I don’t think it was from the beer and booze that was flowing freely at the bar. 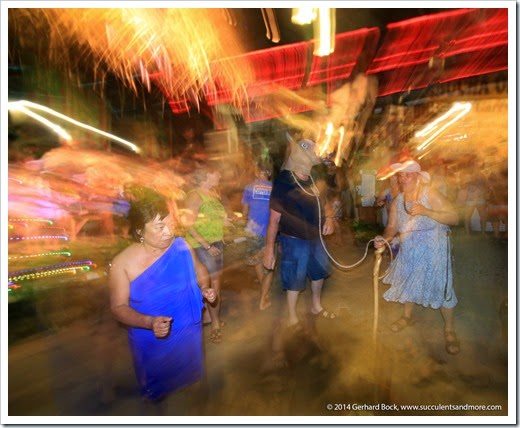 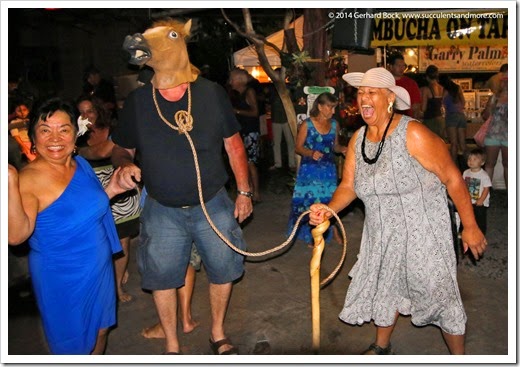 Occasionally, somebody stepped up to the microphone and talked about whatever was dear to their heart. A Japanese woman talked about growing up next to a nuclear power plant, and although she was hard to understand, I think she was advocating for alternative forms of power generation. The lady on the right in the two photos above gave a speech about sticking together as a community; it turns out she is running for reelection on the County Council. If I had wanted to talk about succulents, I’m sure nobody would have stopped me—at least not for a little while. While clearly a commercial venture, making money almost seemed incidental here. The focus was on coming together and sharing the moment.

Here are some more photos I took on the perimeter of the market area. 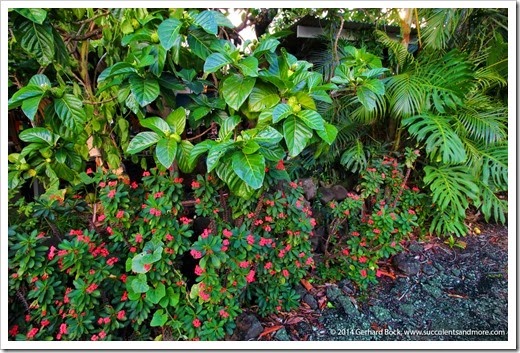 Where else can you see noni, crown-of-thorns and philodendron growing in perfect harmony in very little on top lava! 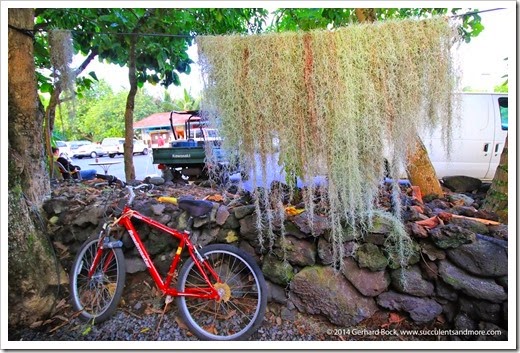 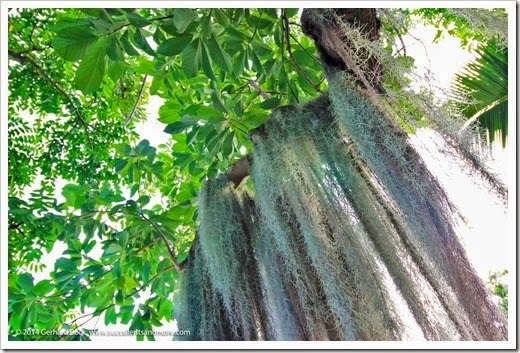 Spanish moss hanging from a tree 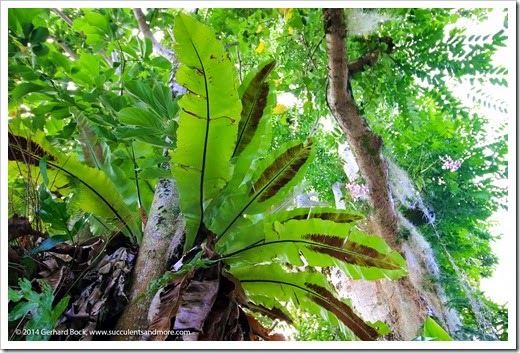 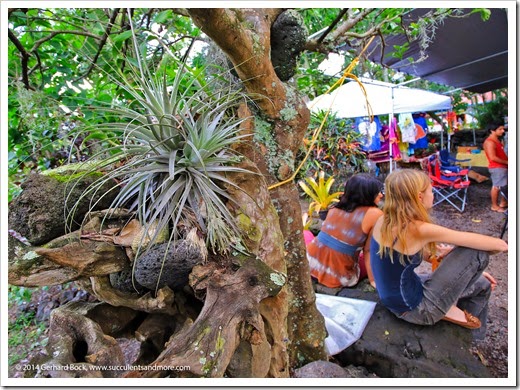 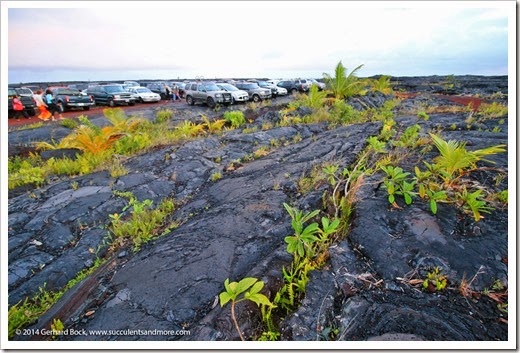 Parking in the lava field next to the market 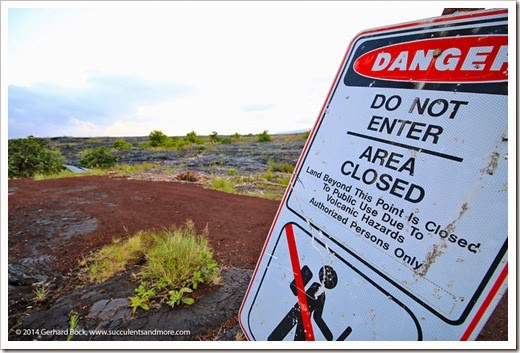 There are not very many places in the U.S. where you would see a sign like this! 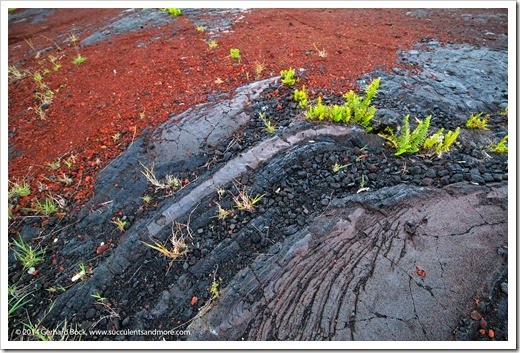 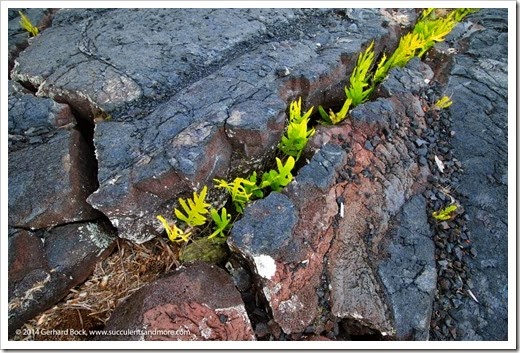 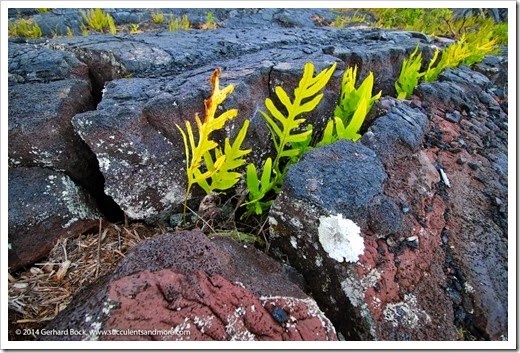 Ferns growing in the lava fields 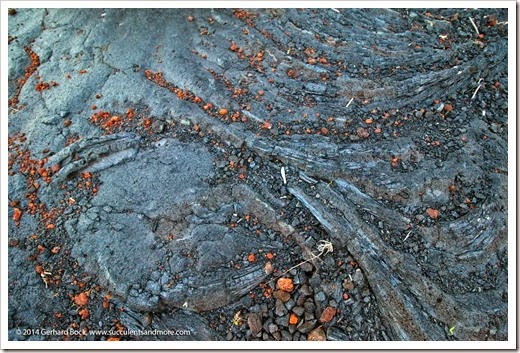 Lava will be a big part of today’s agenda as we head to Hawai’i Volcanoes National Park.