Sometimes it’s easier to start at the end. Before I begin posting about the gardens and nurseries we visited during the 2014 Garden Bloggers Fling in Portland, Oregon, I want to introduce you to the plants I brought back. 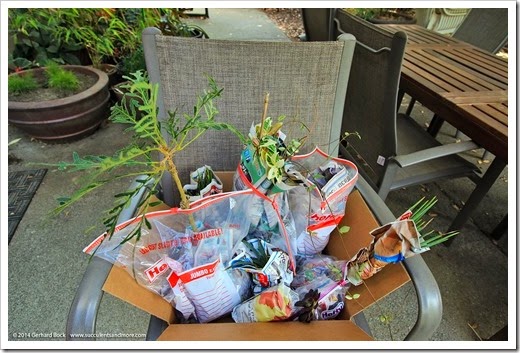 Yes, everything you see in the photo above was in my suitcase!

Before I left Portland, I bare-rooted most plants (two small Agave victoria-reginae and a Yucca linearifolia stayed in their pots), wrapped the roots in newspaper, and then put them in plastic bags. Thanks to the gracious help of Loree Bohl of Danger Garden this didn’t take long. I then placed the wrapped plants in my suitcase and stabilized them with clothing to keep them from shifting around. Apparently this approach worked very well; aside from a couple of broken leaves, there was no damage at all. I should add, though, that I had a direct flight so my luggage wasn’t tossed about as much as it might have on a longer flight with more connections.

Below is my bounty from Portland. All plants came from Cistus Nursery, which we visited during the Fling, with the exception of the cut leaf emperor oak (Quercus dentata ‘Pinnatifida’) you see in the lower left-hand corner. That plant came from Gossler Farms, one of the plant vendors at Friday night’s banquet—yes, we had a banquet and got swag bags just like Hollywood celebrities. 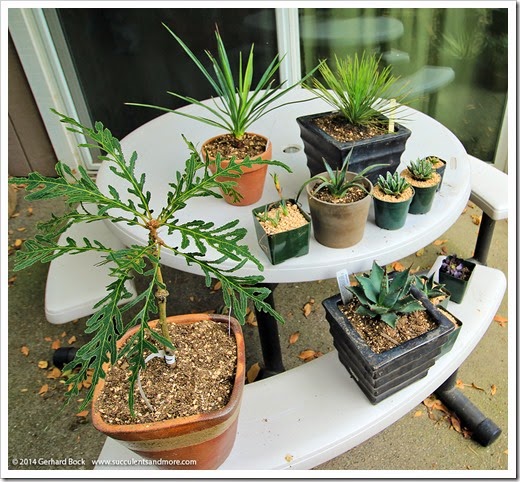 Here are some of my succulent goodies from Cistus: 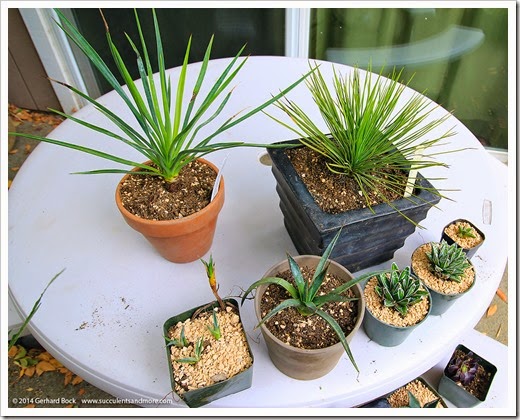 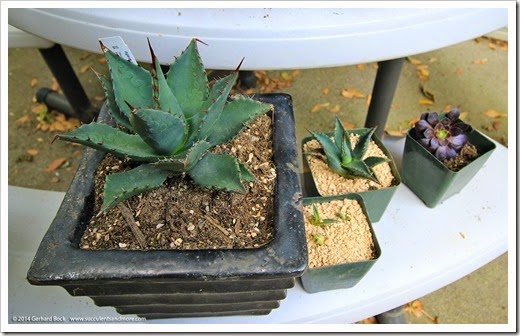 Agave gracilipes (mother plant and two pots with pups), Aeonium ‘Poldark’ (a hybrid from Trewidden Nursery in the UK, gifted to me by Mark and Gaz of Alternative Eden)

In addition to the succulents above, I also bought three variegated star jasmine vines. I’m as surprised as many of you might be because these are usually not plants I gravitate towards. However, the fence behind the revamped backyard bed below is awfully visible and the vines might soften it.

One of the three vines is a Trachelospermum asiaticum ‘Goshiki’. Look at the bronze-colored new foliage! 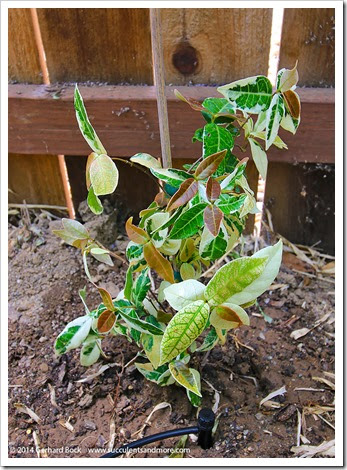 The other two are variegated versions of the regular star jasmine (Trachelospermum jasminoides ‘Variegatum'). Apparently it’s hardy to 0°F! 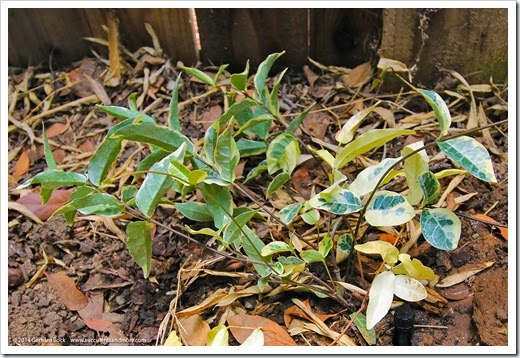 It was very difficult to be selective. As I was walking through Cistus Nursery, I saw many plants I would gladly have had, but they were too big to squeeze into my suitcase—like a 4-foot Yucca rostrata or two. And Cistus is only one (albeit it the most interesting) nursery in Portland.

Next time I’ll drive so I can shop to my heart’s content!