Yesterday started out on a sad note as I removed yet another potted bamboo. This Sinobambusa tootsik ‘Albovariegata’ had been growing for years in a large bowl (29” wide by 14” tall) next to the family room slider. With its beautifully variegated leaves it was one of my favorite bamboos. Unfortunately, I had never been completely happy, most likely because of our high heat and low humidity. 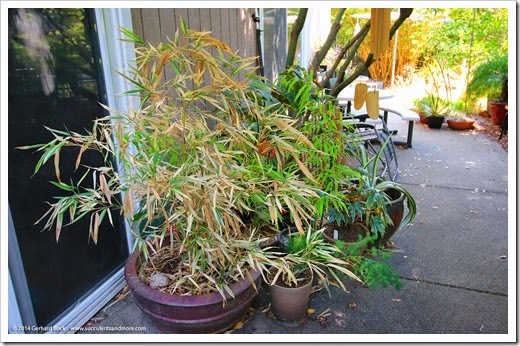 This year, at the peak of the drought, I simply hadn’t watered it enough and it had been in a tailspin for months. I finally decided to put it out of its misery. 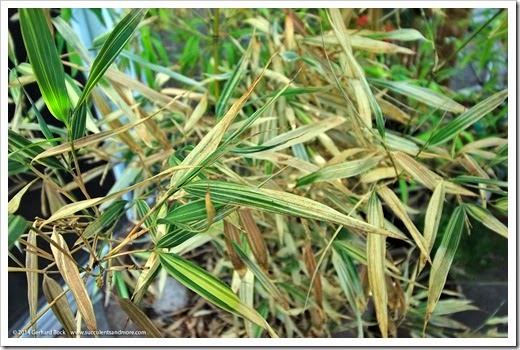 This freed up a prime spot in our backyard…

…and opened up so many possibilities. What to plant??? 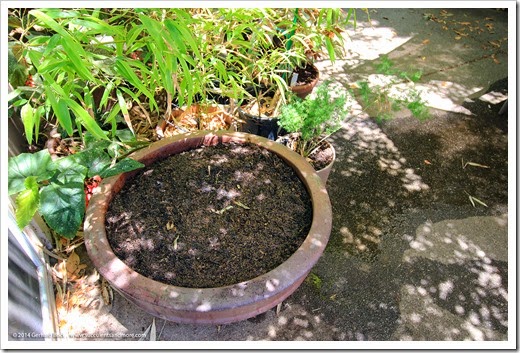 In the end, it was an easy decision. One of my favorite nurseries, Morningsun Herb Farm in Vacaville, CA, was having a Fourth of July sale, with plants discounted by 40%. When my wife and I went yesterday morning, one of the first plants I saw was this: 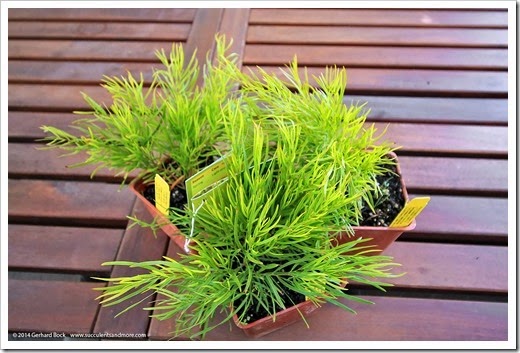 I love shaggy, billowy grasses, and this one reminded me of Japanese forest grass (Hakonechloa macra). I was very surprised to see the label: 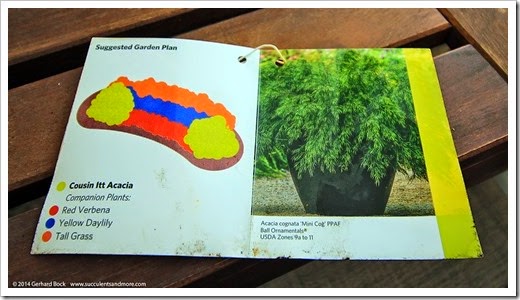 It’s an acacia! A dwarf weeping variety appropriately named Acacia cognata ‘Cousin Itt’ (sold as ‘Mini Cog’ in other countries). Cousin Itt, you may remember, is a character in the Addams Family TV series and movie. The cousin of Gomez Addams, Itt consists entirely of hair and usually wears sunglasses and a derby hat. 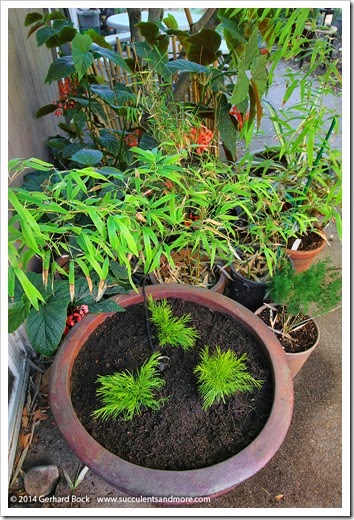 Acacia cognata ‘Cousin Itt’ made quite a splash when it arrived in the U.S. a few years ago. I’d read about it on blogs like Danger Garden and Piece of Eden but I’d never seen one myself until now. 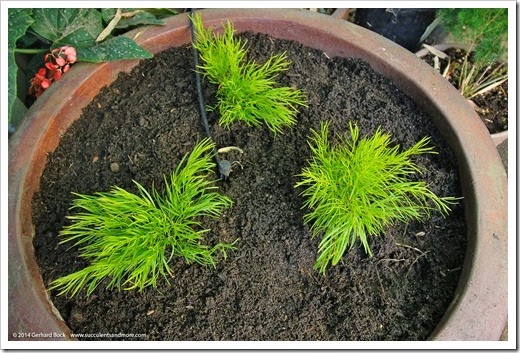 I bought three 4” pots at Morningsun Herb Farm and planted them in this large bowl. I’m hoping they will form a tight clump of weeping foliage. And since Acacia cognata ‘Cousin Itt’ is drought tolerant, it shouldn’t have any of the issues the Sinobambusa was having. 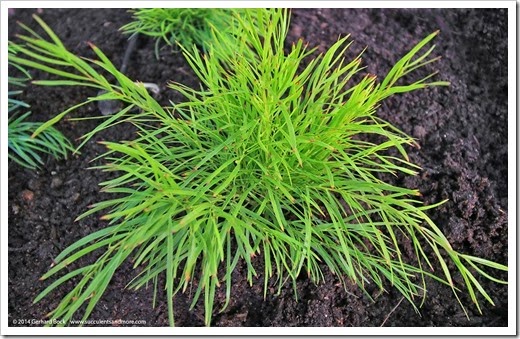 My main concern is that this spot only gets a couple of hours of direct sun. The light level is fairly bright for most of the day, and I’m hoping that’s enough. I’ve seen plenty of acacias at the UC Davis Arboretum that grow under the canopy of larger trees, so ‘Cousin Itt’ should be OK.

Since this variety is so new to cultivation, there isn’t much information about its long-term performance. If you have any experience growing ‘Cousin Itt’, I’d love to hear about it. Please leave a comment below.