When I posted a bunch of photos of the front yard the other day, several people were surprised that I have so many flowering plants—which is understandable because I rarely write about them. I vowed to be better about it, so here are some more photos of plants in flower right now. Since I seem to always miss Garden Blogger’s Bloom Day, which is on the 15h of every month, consider this an early July Bloom Day post.

I should preface this post by saying that it was 103°F (40°C) here just two days ago. In light of that, these plants are holding up quite well, I’d say! 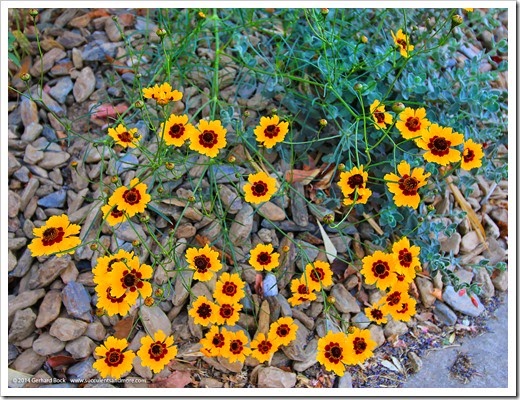 What better way than to start out with a mystery plant. In April, I scattered the contents of a “dryland seed mixture” on parts of our new desert bed. This is one of the plants that came up. The flowers remind me of Berlandiera lyrata, but that’s definitely not it. Does anybody know what it might be? UPDATE: Based on reader feedback, I’m fairly certain it’s plains coreopsis (Coreopsis tinctoria). 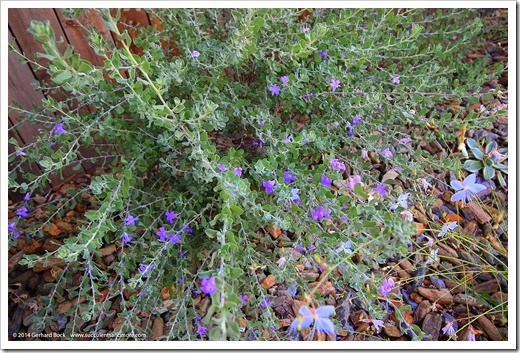 Our compact Texas ranger (Leucophyllum frutescens ‘Compactum’) is in bloom. I find it it difficult to photograph this extremely heat-tolerant shrub in an attractive way, but take my word for it, it’s beautiful! 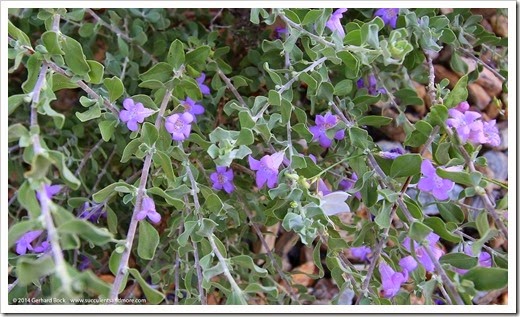 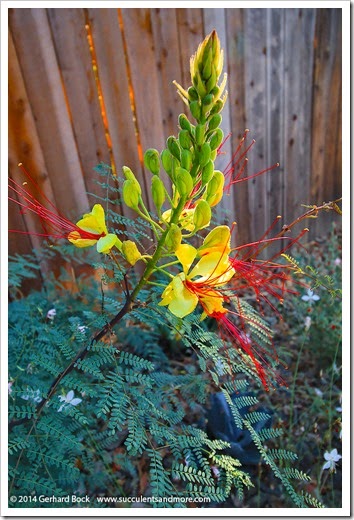 In its second flowering cycle since I planted it in April: yellow bird of paradise (Caesalpinia gilliesii) 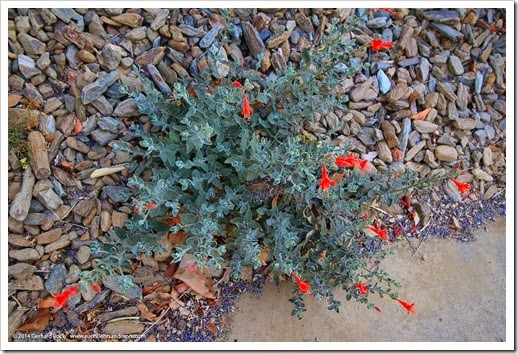 Modest but beautiful in its own way: California fuchsia (Epilobium canum ‘Everett’s Choice’) 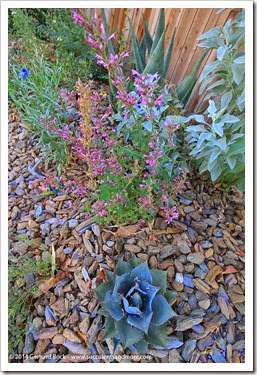 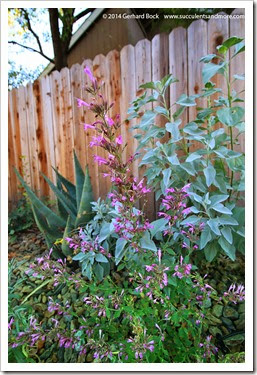 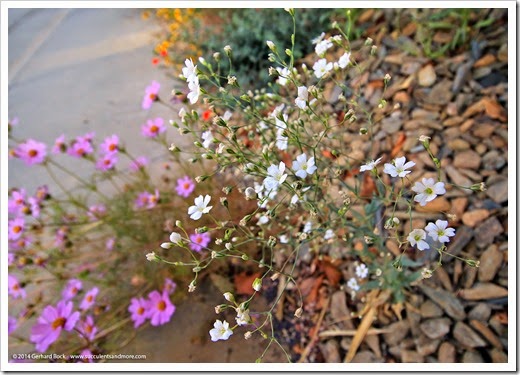 LEFT: Cosmos bipinnatus    RIGHT: Another mystery flower from my “dryland” mix. Any ideas? I like it so much, I’d actually plant it on purpose! UPDATE: Based on what Sue and Laura suggested in the comments below, I’m fairly certain it’s baby’s breath (Gypsophila elegans). 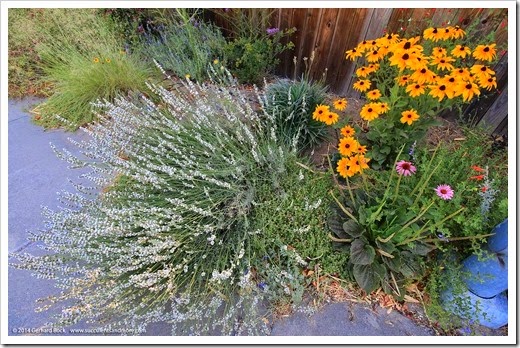 I posted a similar picture the other day, but I just love this white-flowering lavender. It gets better by the day! 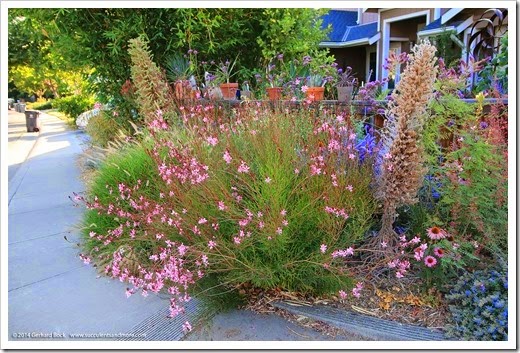 Gaura lindheimeri ‘Siskiyou Pink’. The Echium wildpretii on the right is done now; I’ll cut it down on the weekend and collect as much seed as possible. 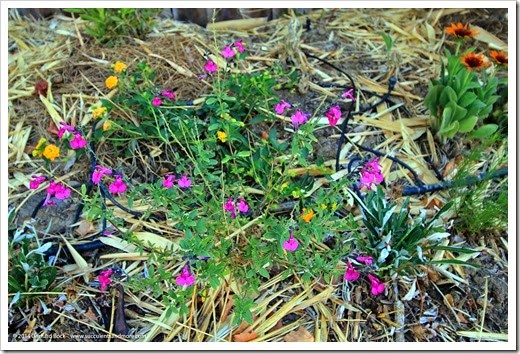 This is a new planting so there’s a lot of bare dirt still visible (the yellowish leaves are from the Bambusa chungii ‘Barbellata’ nearby). The purple is Salvia greggii ‘Violin Music’. The yellow is a trailing lantana, Lantana x ‘New Gold’ I literally just planted it three days ago. 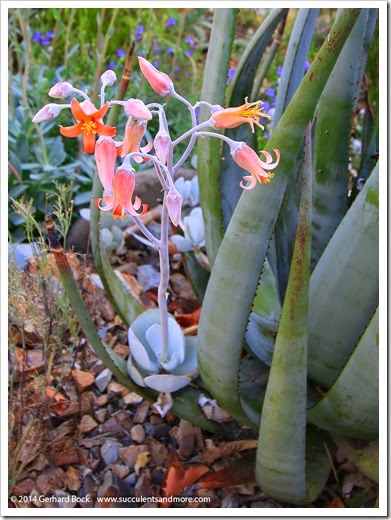 About that “dryland seed mix:” I made a point of saving the envelope. In fact, I put it in such a safe place that I cannot find it at the moment. I’m sure the info on the envelope listed the species that were part of the mix, but I don’t have access to it at the moment. It’ll probably show up when I clean house in preparation of moving into an old folks’ home!