On our way to Uncle Robert’s Night Market, and then again on our way to the far side of the Red Road, we drove by a small clapboard church framed by palm trees. It looked so quaint, I had to stop and take a look. It turned out that this is the Star of the Sea Painted Church I had read about in Hawaii The Big Island Revealed. 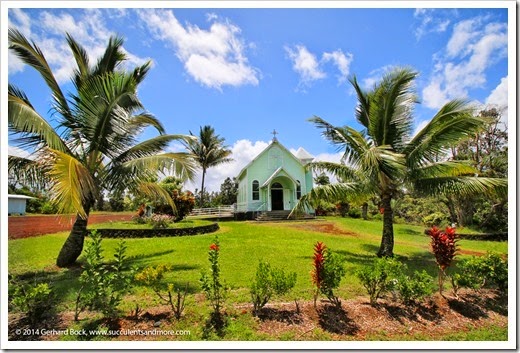 The church was built in 1927 in the village of Kalapana, which was destroyed in 1990 by a lava flow from Kilauea. The church was moved just in time, first to a spot outside the village and then to its current location along Highway 130. 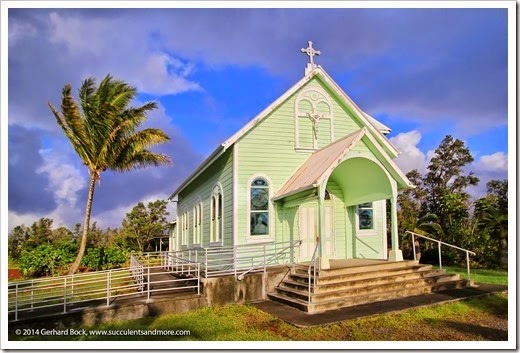 The murals on the wall and ceiling depict characters from the Catholic Book of Catechism and are considered significant pieces of folk art. They were painted by Belgian Catholic priest Father Evarist Matthias Gielen, apparently at night by the light of an oil lamp. 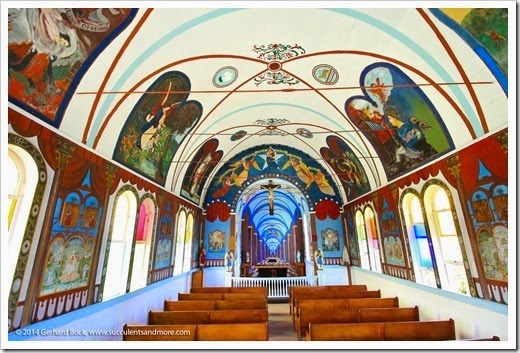 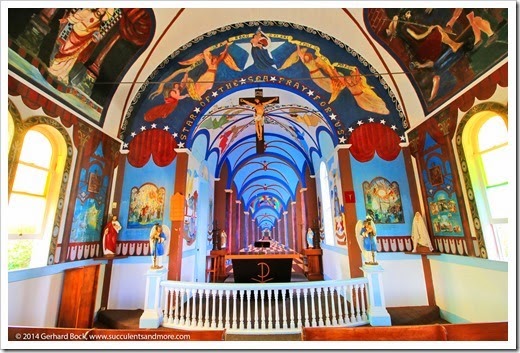 The wooden panels in the lower section were painted in the 1940s by artist from Georgia named George Heidler. They tell the story of Father Damien, the Belgian priest who in 1864 came to Kalapana and nine years later moved to the island of Molokaʻi to oversee the leper colony that had been built by the Kingdom of Hawaii in the isolated village of Kalaupapa. 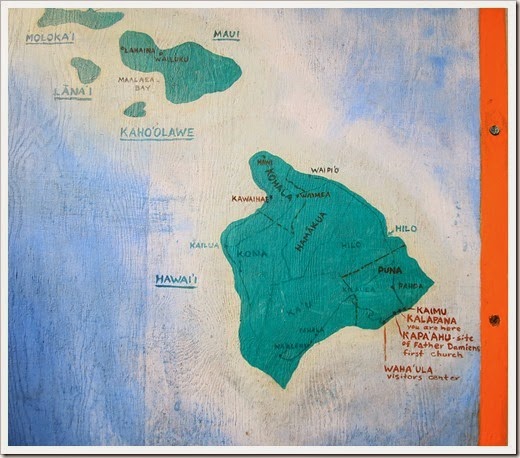 I found these wooden panels not only beautiful and haunting, but also interesting from a linguistic point of view because many of the captions are in Hawaiian. 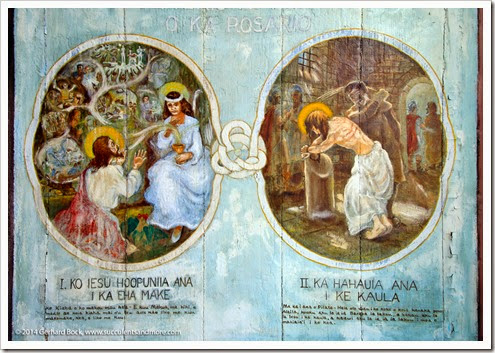 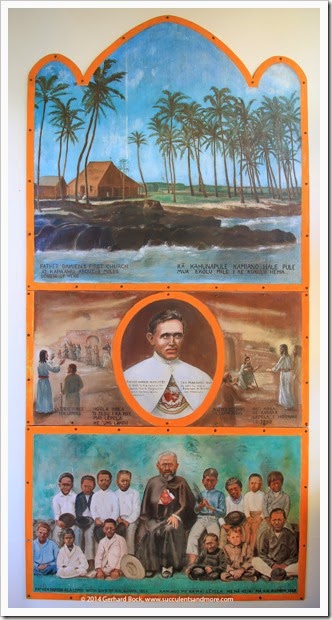 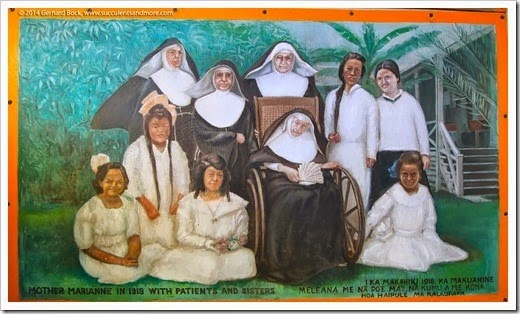 The nun you see on the right in the next photo, Mother Marianne Cope, spent decades working with the lepers in the Molokaʻi colony. In spite of her close contact with the sick, she never contracted leprosy (now called Hansen’s disease). Many faithful consider this is a miracle, and in 2012, Pope Benedict XVI declared her a saint, Saint Marianne of Molokaʻi. (Father Damien, who had died of Hansen’s disease, had been declared a saint in 2009.)

Last year, when we were on Maui, I was tempted to do an excursion to Molokaʻi, and I regret now that I didn’t. But there’s always next time… 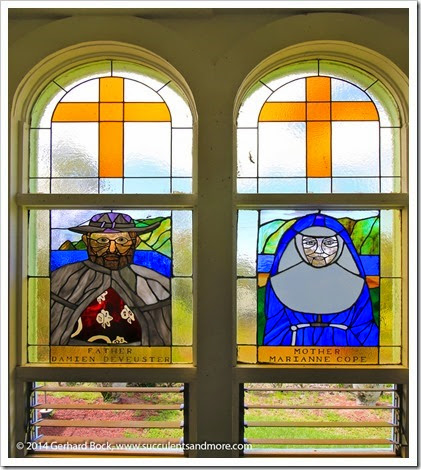 The Star of the Sea Painted Church was originally located in the village of Kalapana. In May 1990, the lava flow from Kilauea that ended up wiping out the village came dangerously close to the church, prompting intrepid locals to move it. Here is a Los Angeles Times article from May 5, 1990 that describes the situation in Kalapana at the time.

While elsewhere history is a thing of the distant past, here on the Big Island of Hawaii it’s very much alive. Kilauea makes sure of that. The lady who manages the house we’re renting told us just last week that some people fear that a lava flow from Kilauea might cut off the town of Pahoa, where we’re staying, from Hilo, the island’s largest town and one its commercial centers, to the north. I’ve never visited a place where the very lay of the land is so much in flux!