One of the cheeriest sight in the front yard right now is this 22-inch terracotta bowl. The California poppy you see in these photos is a volunteer that arrived on the wind and decided to stay. I couldn’t have planned it better myself. 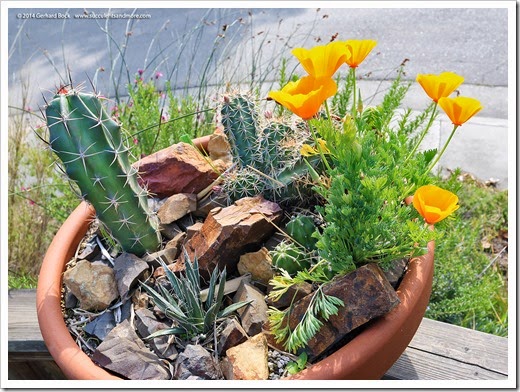 I blogged about this bowl in September in this post. The claret cup cactus have grown quite a bit since then. They looked pretty sad in January after months of below-average precipitation (i.e. none). Check out this droopy fellow! But the sporadic rains we’ve had since February have been enough to make them perk up. 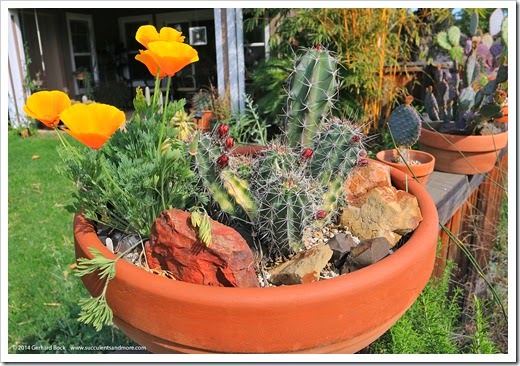 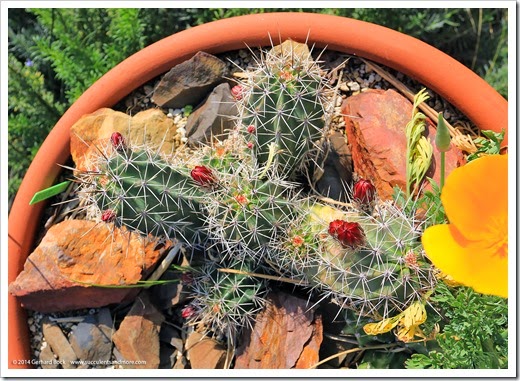 They will be spectacular when they open up, which could be as soon as next week. 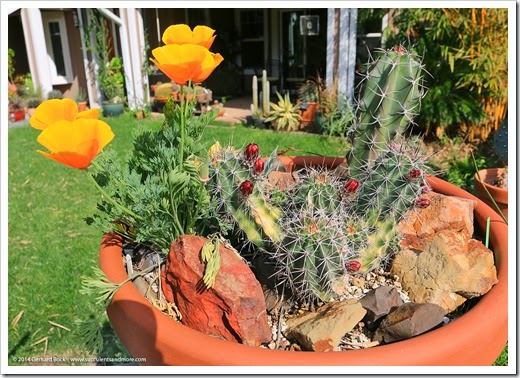 This would be the first time it’s bloomed for me. 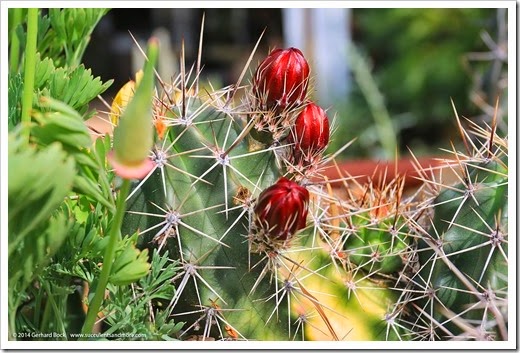 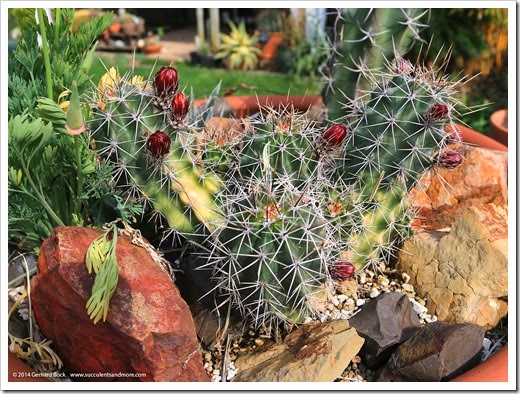 The agave in this bowl, by the way, is one of the smallest varieties in cultivation: Agave toumeyana var. bella. It hasn’t grown much, if at all, and I don’t expect it to take over the bowl any time soon even though it’s supposed to produce colonies. Mine is still solitary.

The recent rain has really kicked the California poppies around town into overdrive. I’m keeping my eyes on several spots that should erupt into an expanse of orange very soon. Yes, spring is definitely here!