Last September I showed you a 22-inch terracotta bowl planted with three varieties of claret cup cactus and a small Agave toumeyana ssp. bella. Somehow a California poppy seed landed near the edge of the bowl and has since turned into a beautiful clump of flowers.

On April 3 I posted this photo: 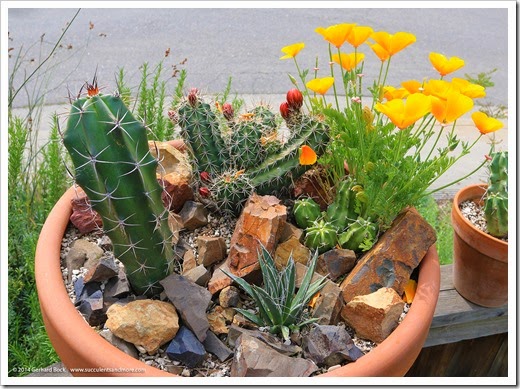 One of the three claret cups, Echinocereus triglochidiatus, had almost a dozen flower buds. The first one opened on April 12, and more and more have been joining the party since then. 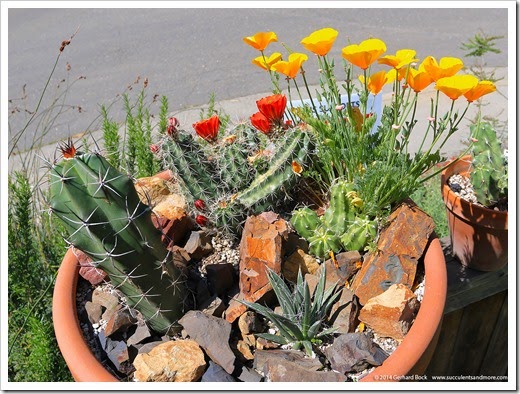 Sitting on top of the front yard fence, this bowl jumps out at you as you round the corner and approach our house. Since it’s also visible from the front porch, the dining room, and the upstairs loft, I see it many times a day as I go about my business—and every time it brings a smile to my face. I love California poppies anyway, but there’s something very special about claret cup flowers. They’re not the largest or showiest in the cactus realm, but they have the most amazing color. “Scarlet” would be a good color descriptor. 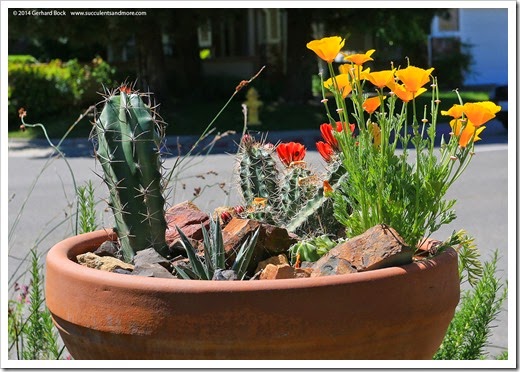 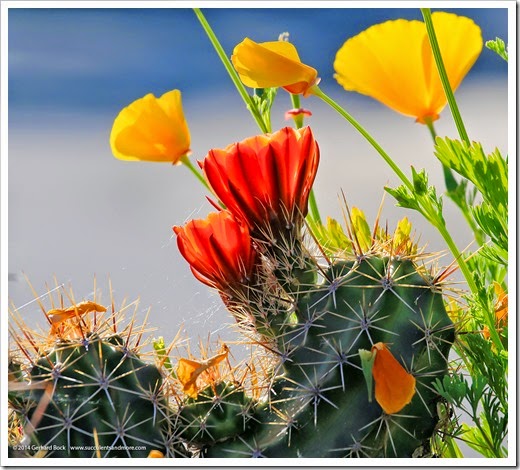 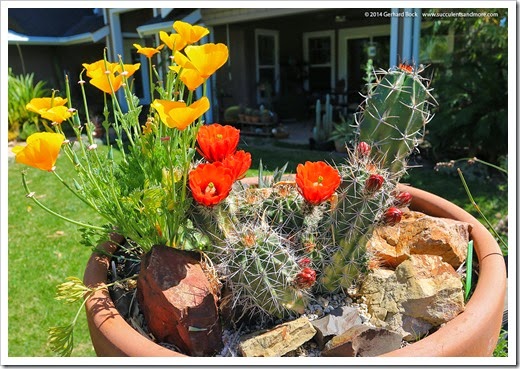 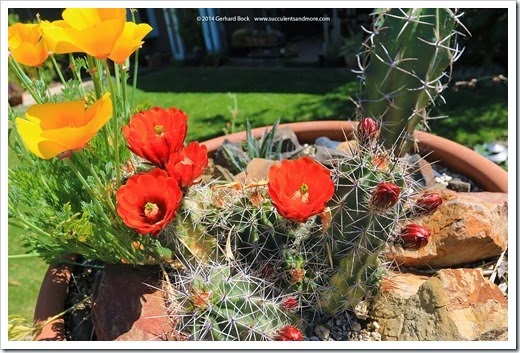 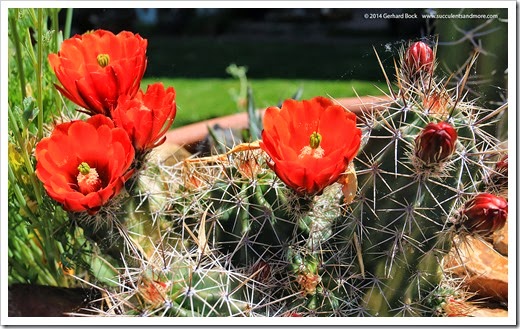 The surprising thing is that the first buds that opened are still blooming six days later now. Most cactus flowers only last for a day or two, and I’m very happy that claret cup flowers apparently have a much longer life. 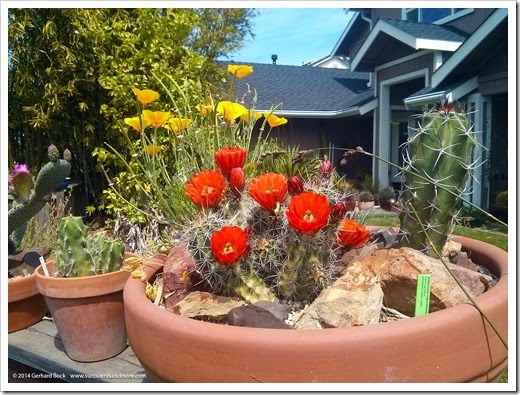 Nearby, my beavertail prickly pear (Opuntia basilaris) has begun to flower. Its flowers, while beautiful as well, only last few a couple of days. 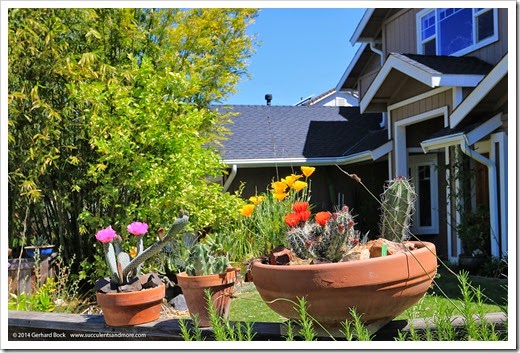 I’ll have a separate post about prickly pear flowers in a few weeks. I’m waiting for a few other opuntias to break bud.

Claret cup cactus (Echinocereus triglochidiatus) is native to a wide swath of the American west: from southeastern California east to southern Utah, central Colorado and western Texas and south into northern Mexico. I remember seeing large clumps at Joshua Tree National Park in the Southern California desert (not quite in bloom the last time we were there). It is one of the most cold-tolerant cacti, with some populations allegedly hardy to zone 5 (to minus 20°F).

Last weekend I asked Brian Kemble, the curator of the Ruth Bancroft Garden, why Echinocereus triglochidiatus is so rarely seen in the nursery trade. He thinks it’s because it’s not very tolerant of winter moisture. In areas with regular winter rainfall (which typically includes us) claret cup cacti tend to rot if planted in heavier soils. I was very conscientious of this possibility when I planted mine in that terracotta bowl, and I opted for a mix that is 50% pumice. So far, so good—although last winter was so dry that it can hardly be used as a yard stick.