Plants are loving the rain

I’ve talked several times about the extremely dry winter of 2013/2014 (1 2 3). While the specter of a drought hasn’t disappeared, the rains we’ve had in the last week have helped a little. If nothing else, they’ve given our gardens a thorough soaking and have jumpstarted the growth of plants that had been lagging behind.

In our garden, the plants that benefitted the most from the rain were the bamboos. They had also suffered the most during our dry winter, especially the specimens in containers. Just take a look at this poor Phyllostachys bambusoides ‘Castillon Inversa’. I’m not sure it will come back from the brink of death even with the several inches of rain we’ve had: 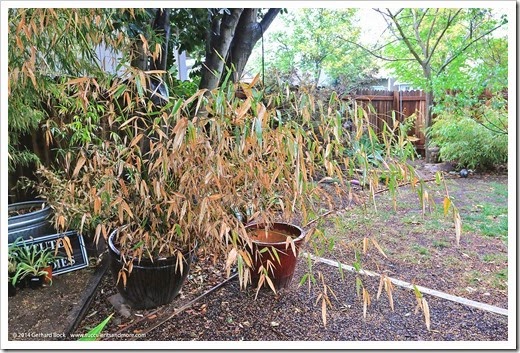 Other bamboos hadn’t deteriorated as much during the winter and will now go into a growth spurt, especially since I fertilized them recently. 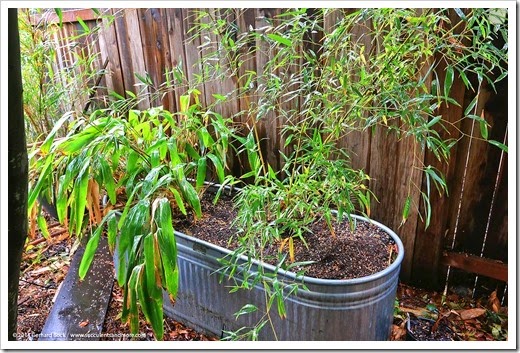 Indocalamus tessellatus (left) and Phyllostachys aureosulcata ‘Spectabilis’ (Alan, this is the small division you sent me a couple of years ago) 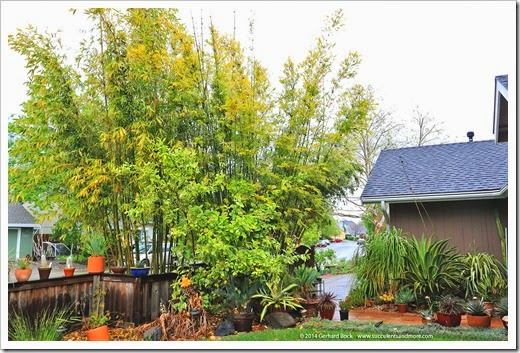 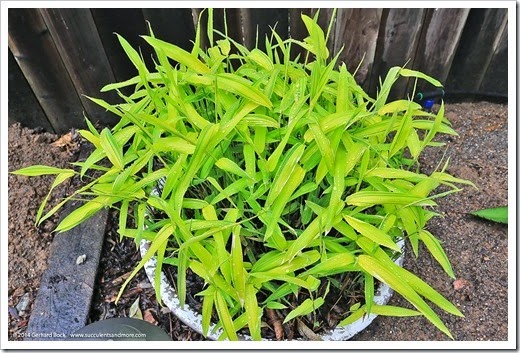 Let’s look at some other plants that are loving the rain. 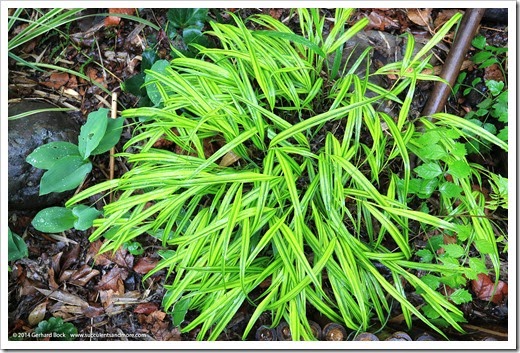 Not a bamboo, but looking at lot like the previous photo: Japanese forest grass (Hakonechloa macra ‘Aureola’) 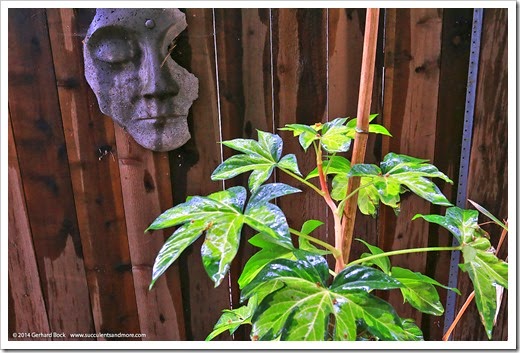 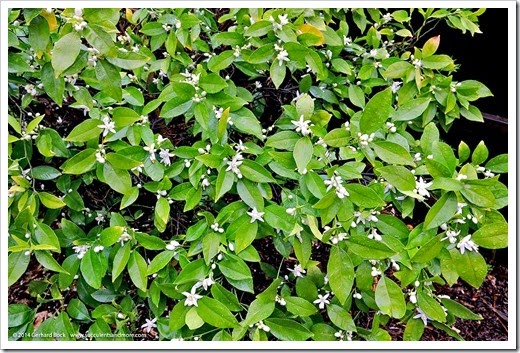 Our Washington navel orange tree has more flowers this year than in recent memory. There’ll be a bumper crop this winter! 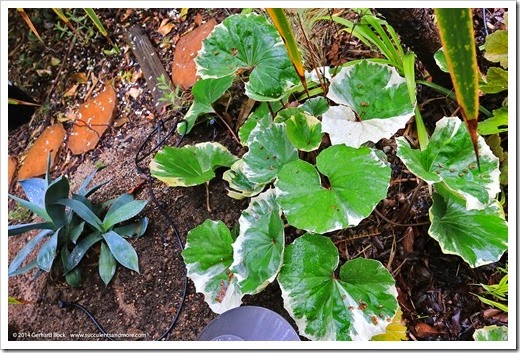 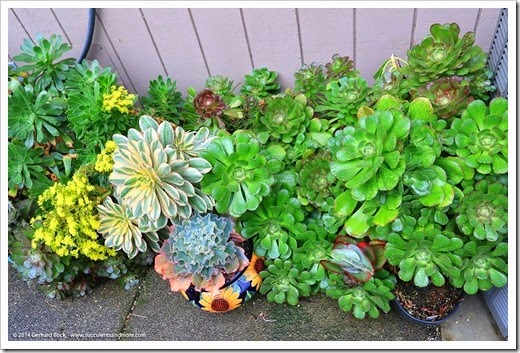 Being winter growers, our aeoniums are soaking up the unexpected moisture 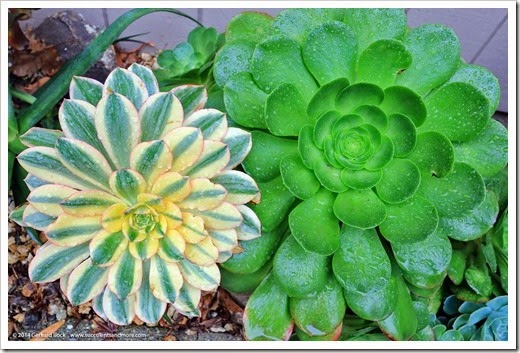 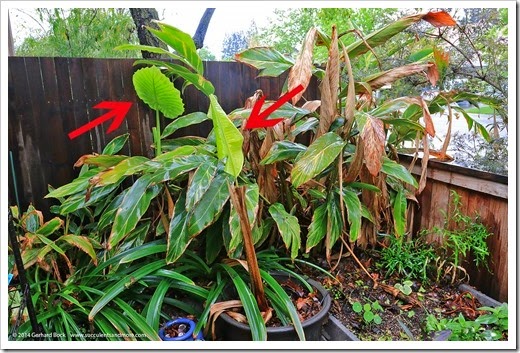 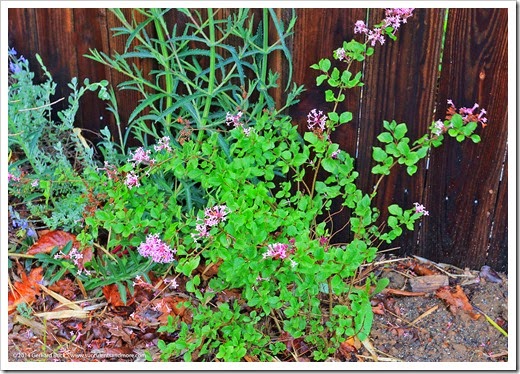 Reblooming lilac (Syringa x ‘Bloomerang’). I couldn’t resist when I came across it at a local nursery in the fall. It’s blooming nicely now for such a small plant. It smells like lilac but is much, much smaller (the leaves are size of my fingernails). The question is: Will it rebloom in the summer? 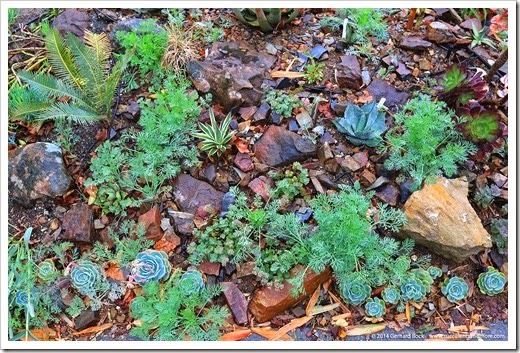 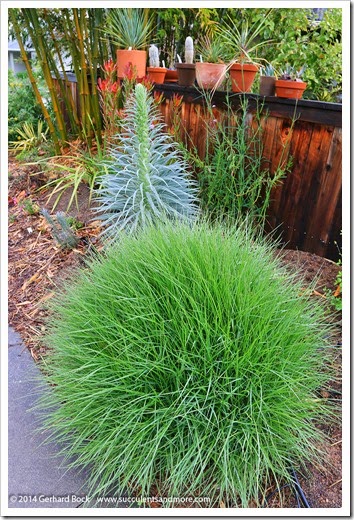 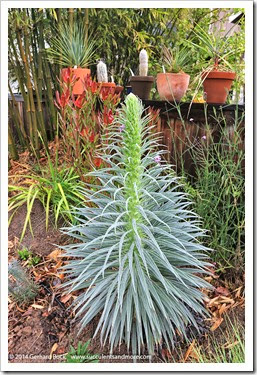 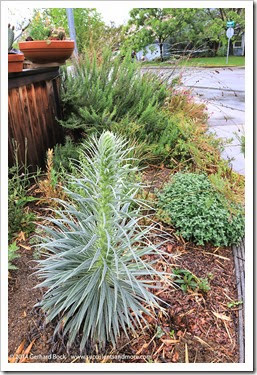 Heading towards the sky: our two towers of jewels (Echium wildpretii) that will bloom this year 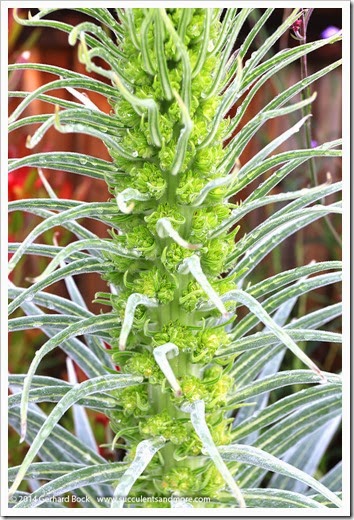 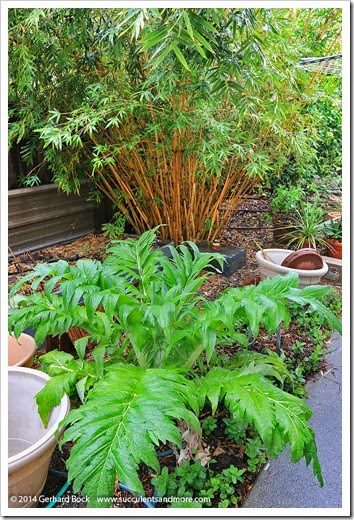 The volunteer cardoon (Cynara cardunculus) in the backyard, now in its fourth year, has tripled in size in the last week The globe artichoke (Cynara cardunculus var. scolymus) in the front yard is growing uncontrollably. My recent attempts at keeping it in check haven’t done much to slow it down. The Agave parryi var. huachucensis on the left is completely buried again. 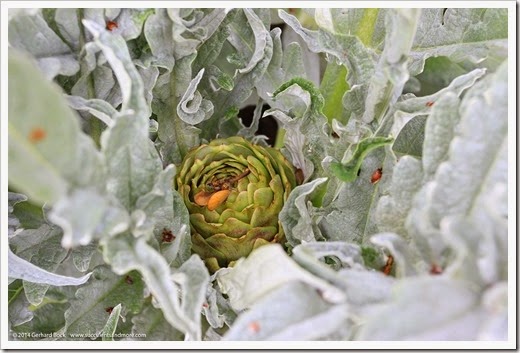 A peek inside shows that artichokes are already setting