This has been the year of the California poppy (Eschscholzia californica). Last fall I liberally sprinkled poppy seeds over the driveway succulent bed that separates our property from our neighbor’s. Since our winter was abnormally dry, it took a while for the seedlings to get going, but the intermittent rains we’ve had in March and April really helped. To borrow a popular saying, right now it’s difficult to see the succulents for the poppies! 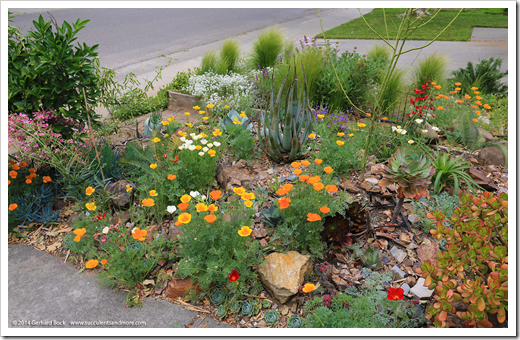 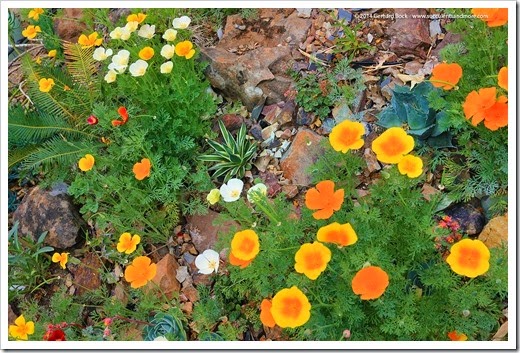 I like the ratio between poppies and succulents/perennials so I won’t let them all go to seed. In fact, next fall I plan to sow Mexican gold poppies (Eschscholzia californica ssp. mexicana). They’re shorter than the species and have more golden flowers.

By the way, the white poppies are a cultivar called ‘White Linen’, and the red ones are called ‘Red Chief’. The orange ones, of course, are the species itself, Eschscholzia californica. 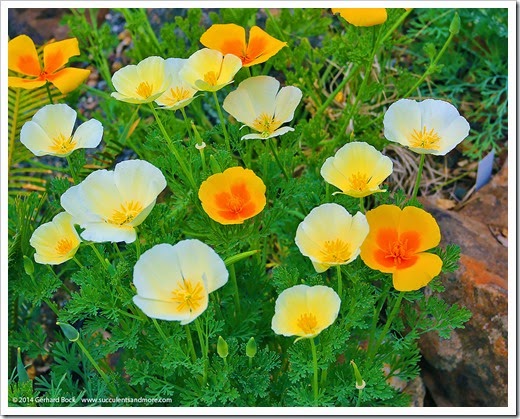 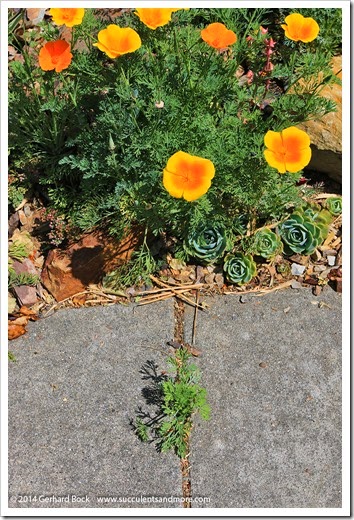 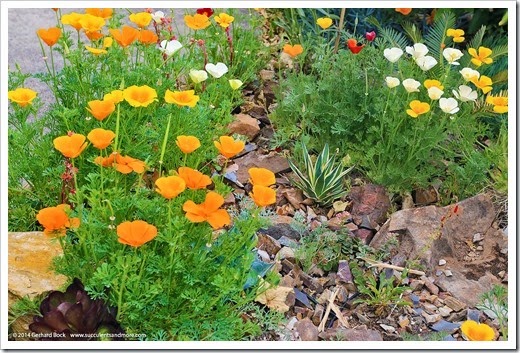 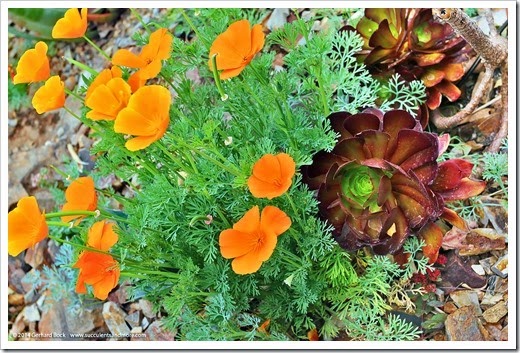 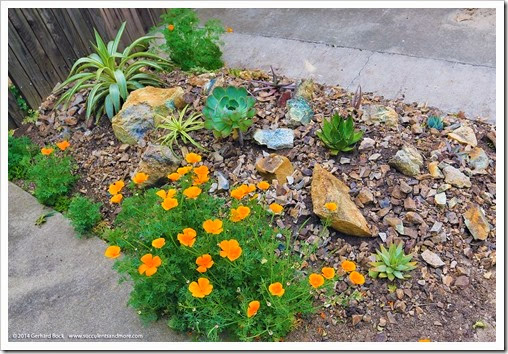 Extension of the driveway succulent bed. The agave all the way on the left is Agave desmettiana ‘Joe Hoak’. 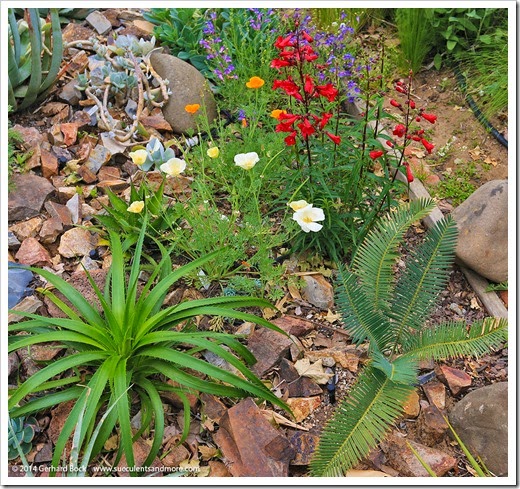 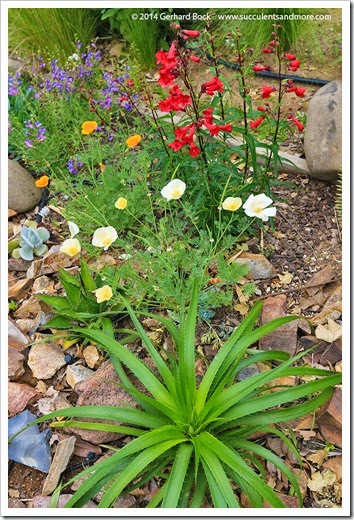 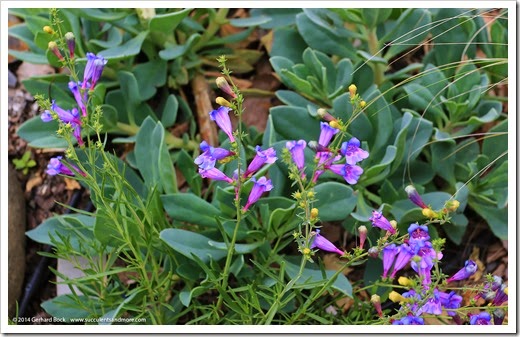 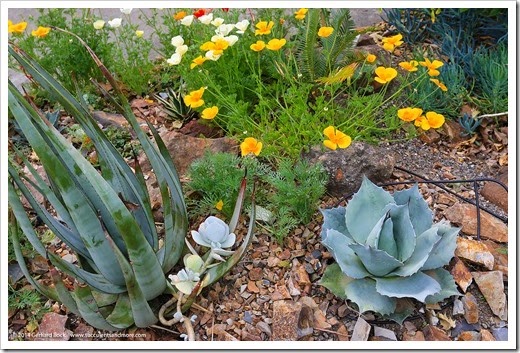 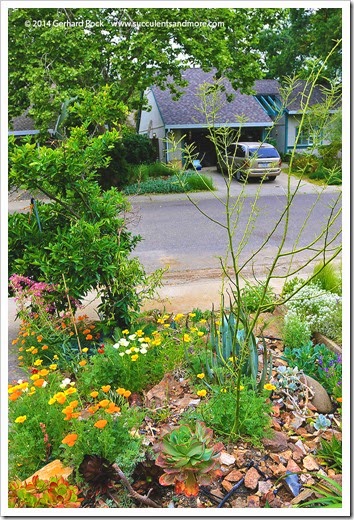 Today it’s been raining on and off since early morning so I expect the poppy bloom to last for another couple of weeks. It’s been a weird winter and spring, but ultimately a very rewarding one.