Things I saw in Monterey

Monterey may be small, with a population of less than 30,000, but it ranks near the very top of must-see places in California. Its location on the southern edge of Monterey Bay is truly stunning. Once the capital of California under the flags of Spain and Mexico (1777 to 1846), Monterey still has a number of well-preserved historical buildings that can be explored on the Path of History. 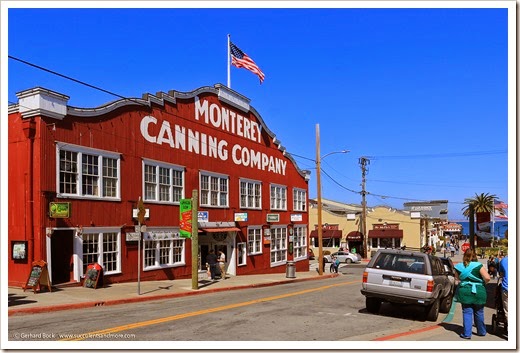 My personal history with Monterey began in the mid-1980s. I spent two formative years there working on my graduate degree, met the girl who would become my wife, and made friendships that have lasted to this day. Monterey has been a constant in my life for almost 30 years, and every visit feels a bit like coming home. 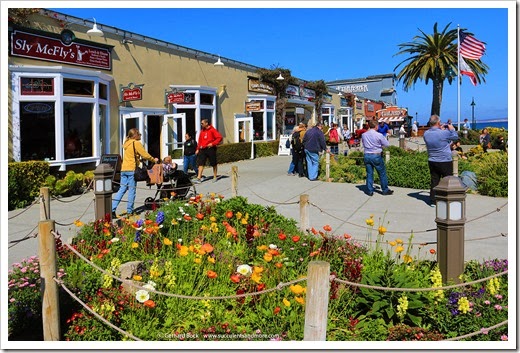 This week we spent three glorious days on the Monterey Peninsula, playing tourists in Monterey, Carmel and Pacific Grove. Needless to say that wherever we went I was on the lookout for succulents and other interesting plants. One group of succulents seemed to be ubiquitous: aeoniums. In the near-perfect climate of Monterey—virtually no frost, and very few days I would call “hot” (90°F and up)—aeoniums positively thrive. 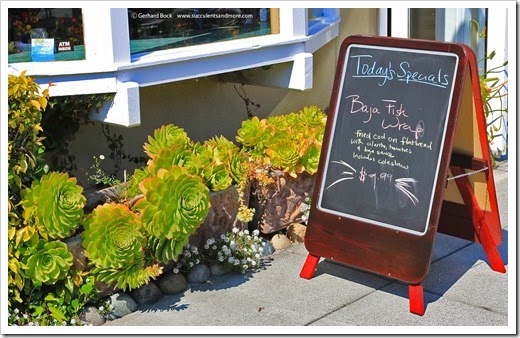 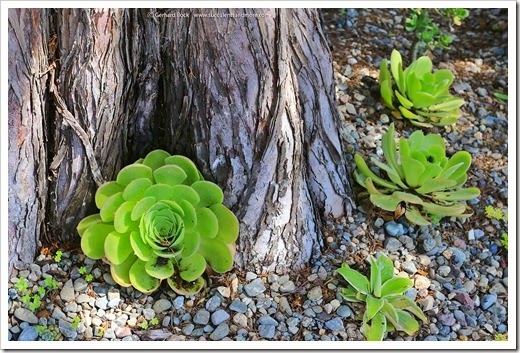 Aeoniums growing at the base of a Monterey cypress 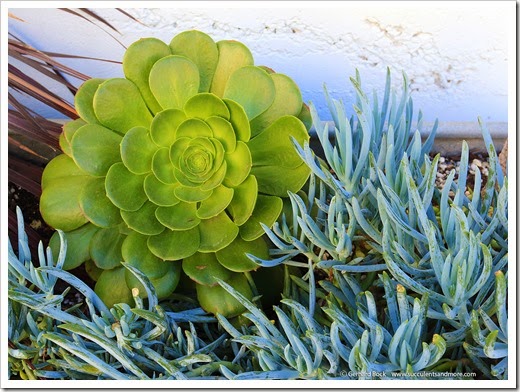 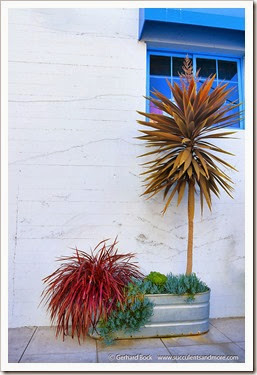 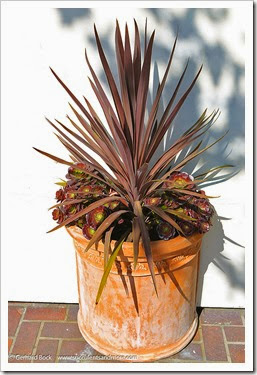 Almost every single planter I saw had aeoniums in it! 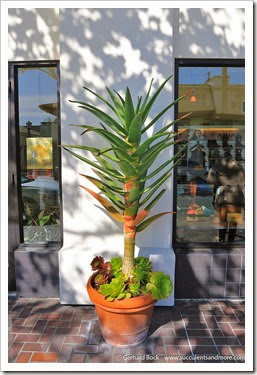 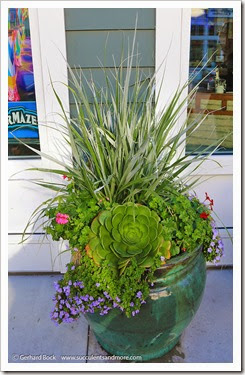 LEFT: Could this be Aloe ‘Hercules’?
RIGHT: Astelia chathamica, not frequently seen in public landscaping!

Other plants that live up to their true potential in the sheltered climate of Monterey include proteaceans like leucadendrons and leucospermums from South Africa as well as grevilleas from Australias. I was thrilled to see rows of newly planted leucadendrons in the median along Del Monte and Lighthouse Avenue near Fisherman’s Wharf, as well as in public plantings on Fisherman’s Wharf itself. 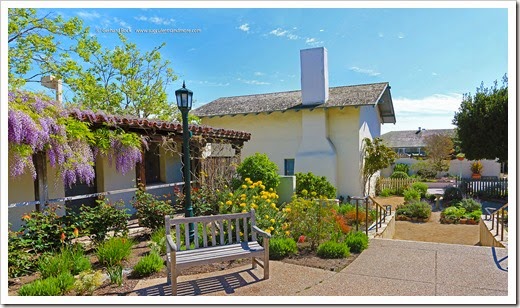 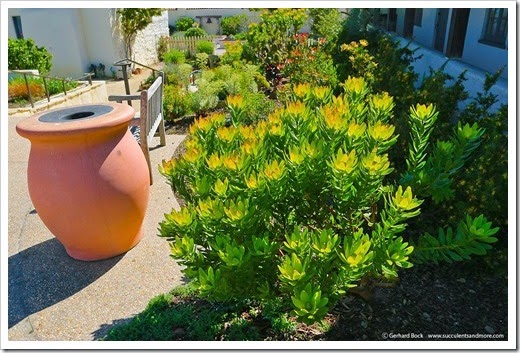 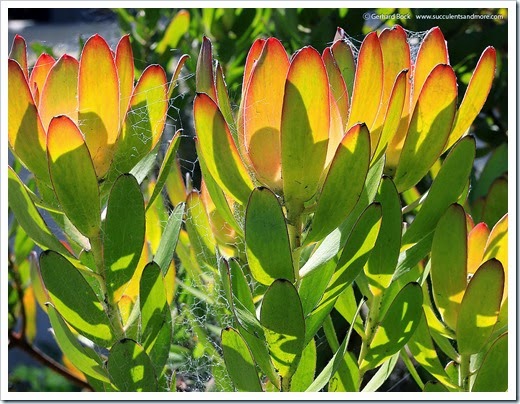 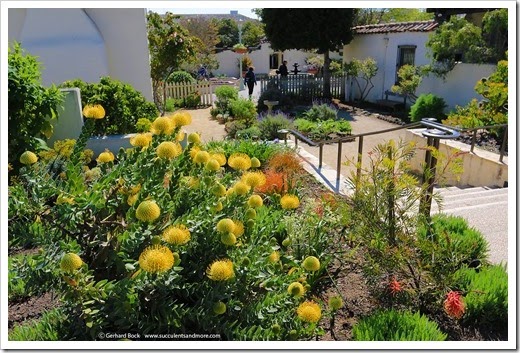 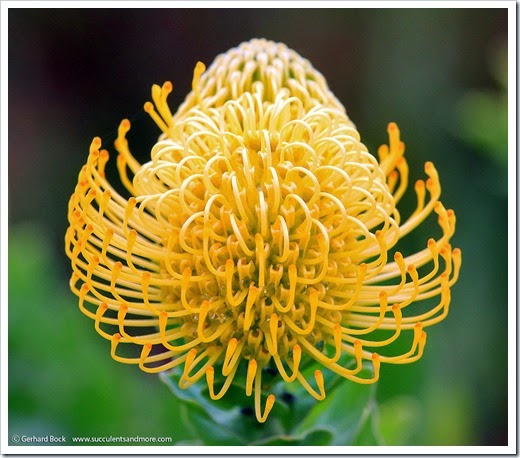 Wherever I turned, I saw something in full flower. 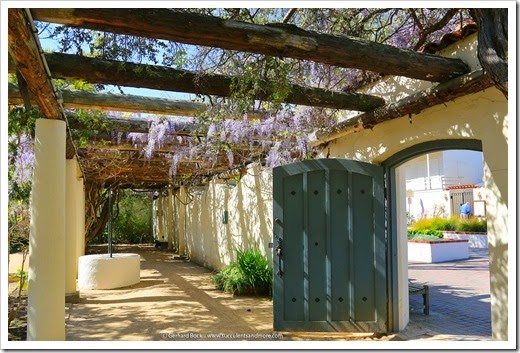 More wisteria, this time at the Memory Garden behind Pacific House 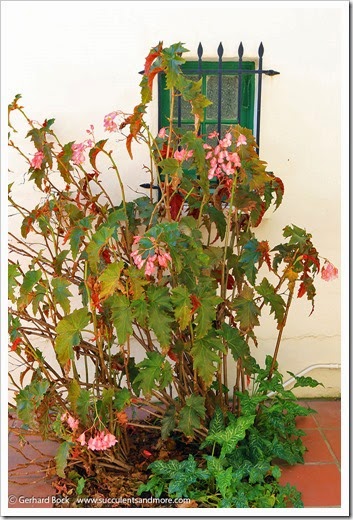 Amazing to see angel wing begonias growing the ground! This one was almost 6 ft. tall. 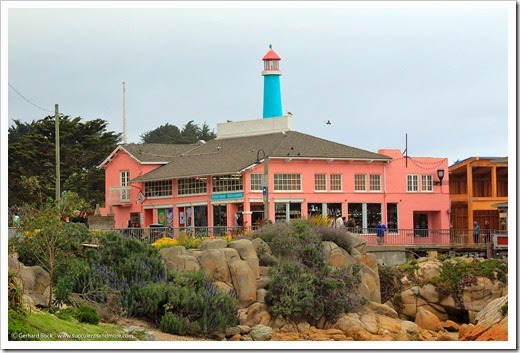 Harbor House at the entrance to Fisherman’s Wharf 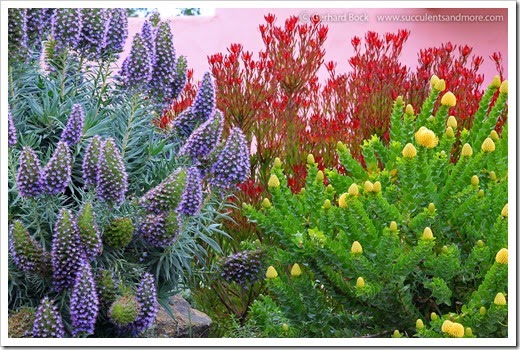 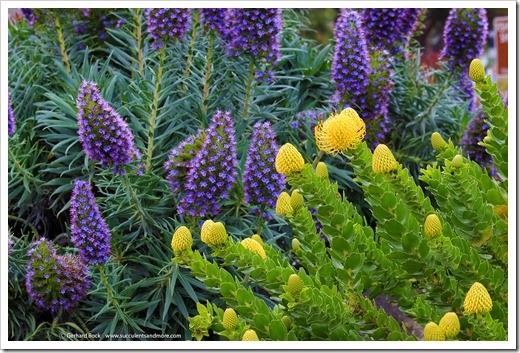 Speaking of Fisherman's Wharf: One of the touristy activities we did was go whale watching on Monterey Bay. This is the time of year when the humpback whales head north to the icy waters of Alaska after spending the winter mating and calving in the warmer waters of South America.

The first hour of our trip was spent heading towards Monterey Canyon, which begins at Moss Landing, north of Monterey. I loved the dramatic interplay between clouds and sea: 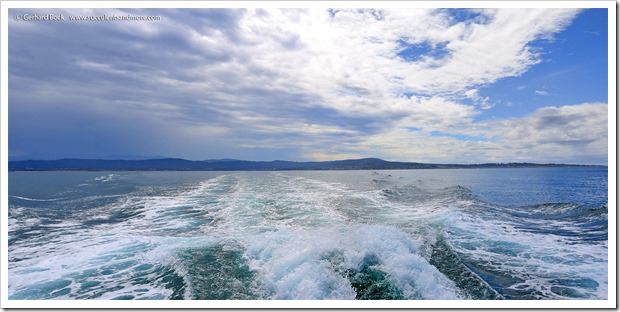 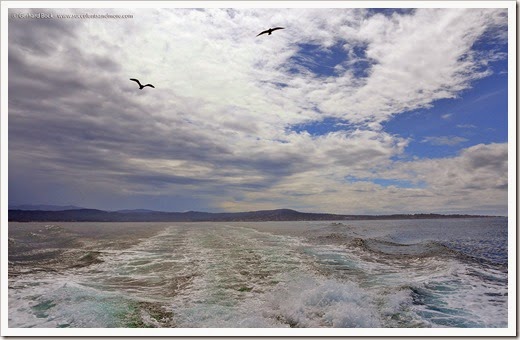 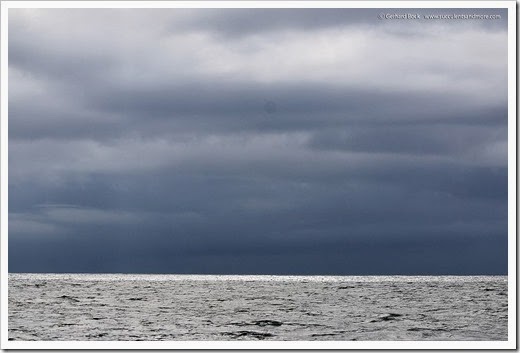 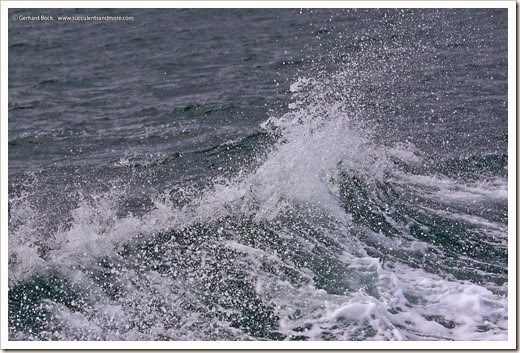 Once we arrived at Monterey Canyon, our anticipation paid off: We saw at least a dozen humpbacks. None of them got close to our boat, as they occasionally do, but just spotting their flukes and getting glimpses of their enormous bodies—up to 50 ft. in length—was magical. 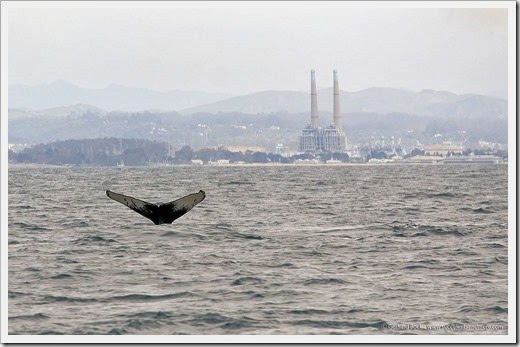 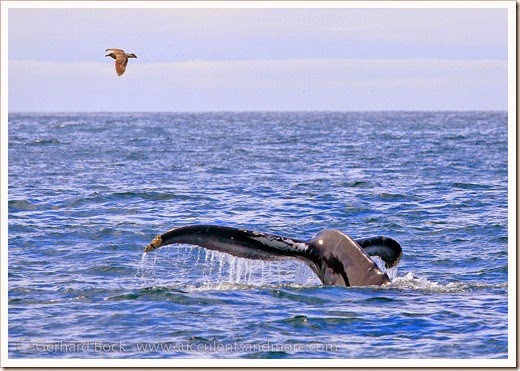 Tomorrow I’ll take you to the Monterey Bay Aquarium. I realize this is a plant-oriented blog, but what I will show you will appeal to anybody who loves the intricate beauty of flowers.