Just about exactly a year ago I planted a small globe artichoke (Cynara cardunculus var. scolymus) outside the front yard fence—not because I wanted to harvest artichokes for food but because I think it’s a highly ornamental plant. 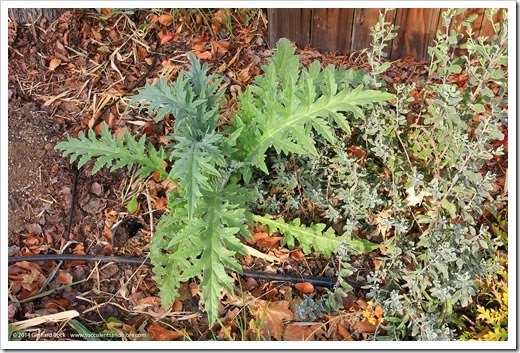 Throughout 2013 it grew slowly but steadily and wasn’t fazed by the cold snap in December. It handled the dry winter with aplomb and never looked droopy or ratty.

And then came the rain. While the four storms we’ve had in recent weeks have done little to ameliorate the drought, they delivered enough water to turn my meek artichoke into the Hulk himself. I bet if I had set up a chair on the sidewalk, I could have watched it grow.

This is what it looked like yesterday morning. It definitely makes an impact… 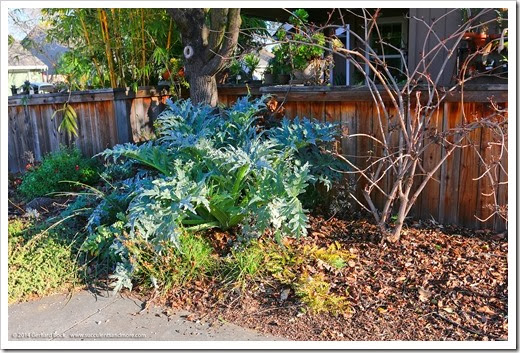 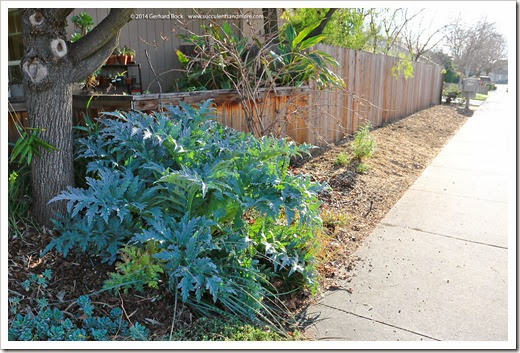 …but it has swallowed up the plants growing next to it. 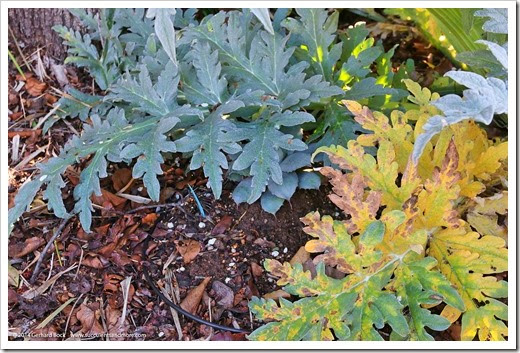 Yes, there is something growing under the leaves 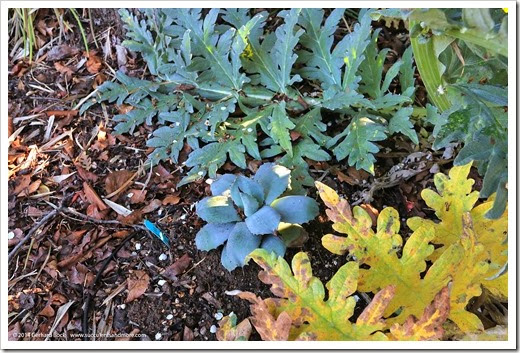 An Agave parryi var. huachucensis! It needs all the sun it can get to thrive. 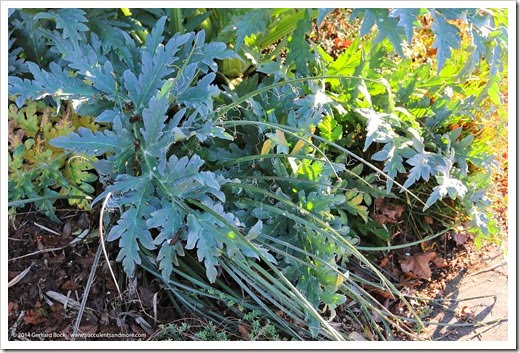 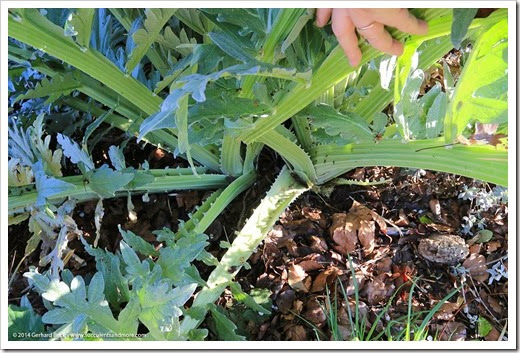 Time for a trim! My trusty Hori-Hori knife sliced through the leaf stems like butter. Within a matter of minutes order was restored. 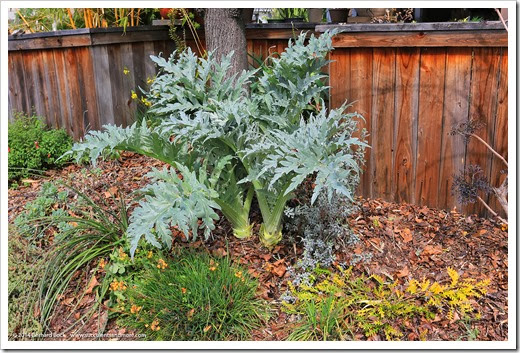 The bottom leaves were the largest, and removing them make a big difference 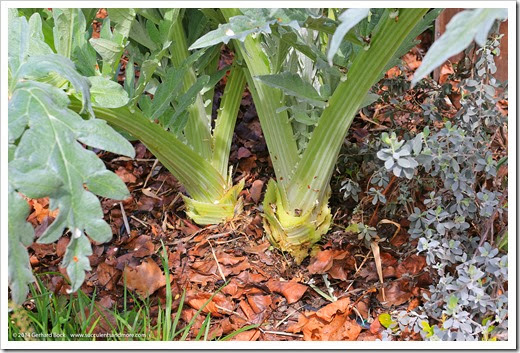 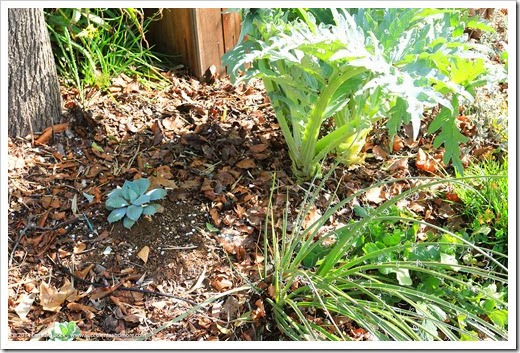 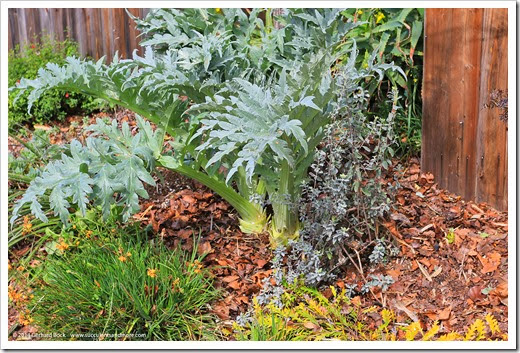 …as can the Texas ranger (Leucophyllum frutescens ‘Compacta’) on the right

I had thought of removing the artichoke altogether but I do like it where it is. I suspect that it will slow down as we transition into summer (not that far away for us) but I’ll be vigilant and keep the clump neatly trimmed.