I love tower of jewels (Echium wildpretii). It’s a biennial, i.e. it flowers in its second year of life, sets copious amounts of seeds and then dies. I have four of these Canary Island natives planted in the ground. Two of my plants are adults that will bloom this spring, and two are juveniles that will bloom next year.

Except now I only have one juvenile because the other one has croaked. Until very recently it looked like this: 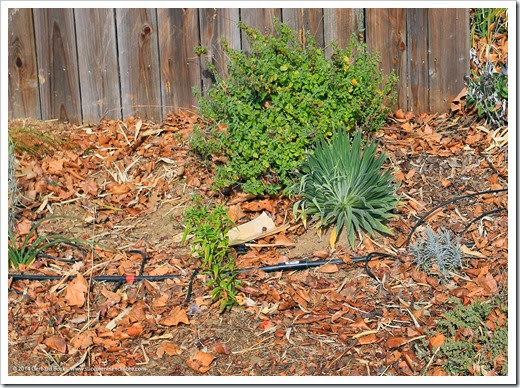 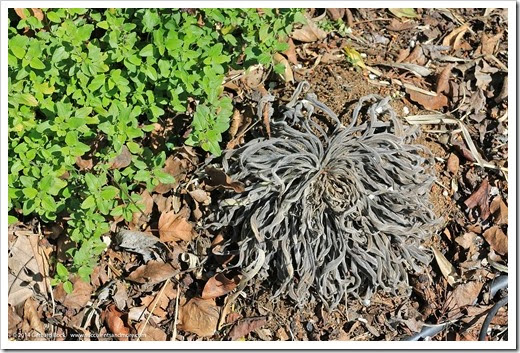 I wish I could tell you so you can make sure it doesn’t happen to you, but I just don’t know. This particular plant had made it through the winter just fine, but I suspect our recent rains did it in. Which is ironic considering it’s planted on a mound in freely draining soil. Something similar happened in the fall of 2010 when another specimen died, seemingly from one day to the next. Echium wildpretii is definitely a temperamental thing!

Here is the surviving juvenile—small but looking healthy. 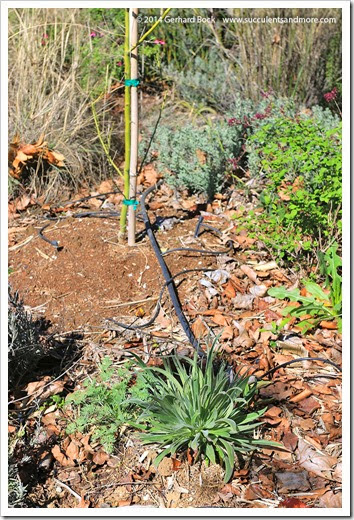 And here are my two adults. Their rosette has already started to elongate into what will become a 6 to 8 ft. cone of flowers. 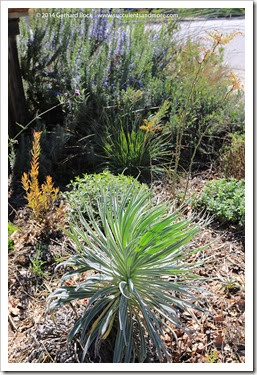 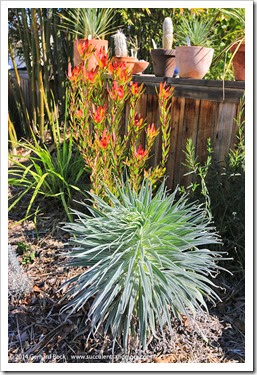 Last week I found a prime specimen on the UC Davis campus. It will be a monster when it’s done shooting into the sky—maybe as tall as 10 ft. 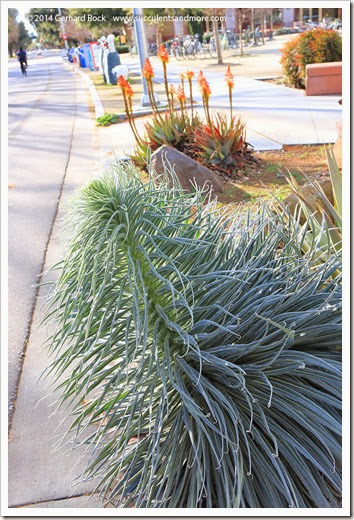 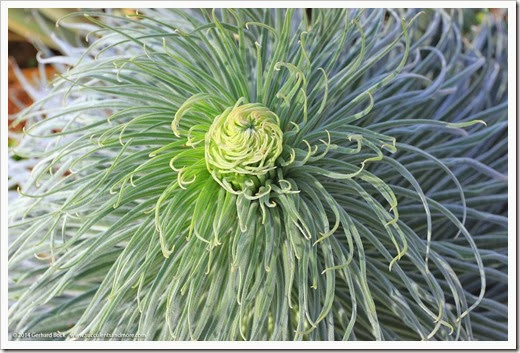 In a couple of months I’ll be able to enjoy one of the more spectacular sights in nature: a flowering tower of jewels! 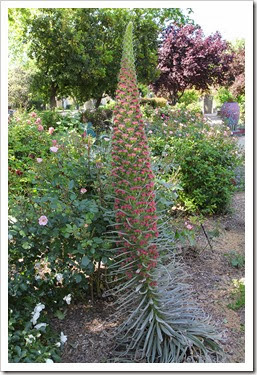 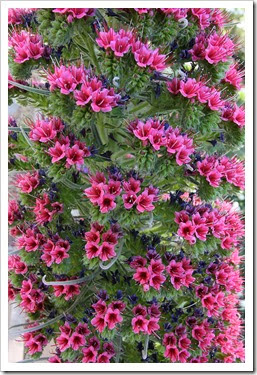 And with any luck, there’ll be seedlings popping up come fall to keep the spectacle going.