In an effort to “desertify” our yard, I’ve been planting more Southwest natives. One of them is Parry’s penstemon (Penstemon parryi). It hails from southern Arizona and the Mexican state of Sonora where it grows along washes and in canyons. It’s a popular landscaping plant in Arizona but, for some unfathomable reason, quite difficult to find here in Northern California. Here you have an easy-to-grow plant that’s drop-dead gorgeous when in bloom, you’d think California nurseries would be eager to sell it—especially as we’re being told by the powers that be to abandon our lawns and switch to drought-tolerant plants.

Unfortunately, availability remains problematic in our neck of the woods. I bought my specimen at a UC Davis Arboretum plant sale; the plant list for their upcoming sale tomorrow (Saturday, March 15) shows that they still carry it and I will pick one another one.

However, there is one problem with Penstemon parryi. It became very obvious this week when we had two solid days of high winds. 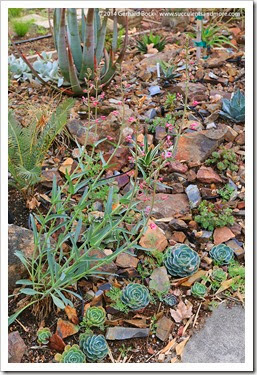 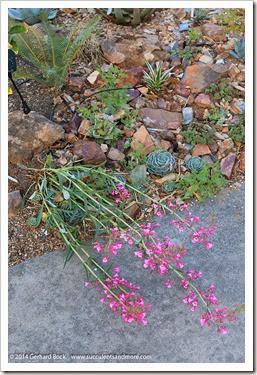 LEFT: Upright flower stalks 10 days ago as the flowers were just beginning to open
RIGHT: Flattened stalks after high winds

The flowers are borne on slender 2-3 ft. stalks that emerge from the 6-8 in. rosette of gray-green leaves. Before the winds, the flower stalks were standing tall and proud. After the wind, not so much—now they are extending out horizontally, almost lying flat against the driveway. 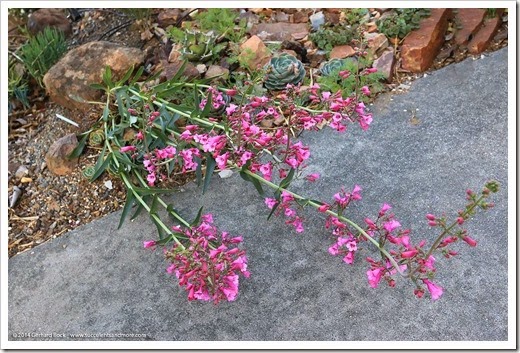 This doesn’t distract from the cheery beauty of the flowers but I’d still rather have the upright stalks back. 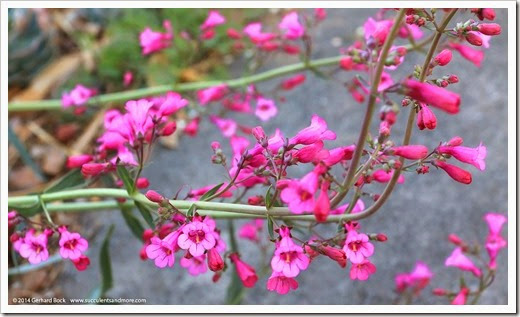 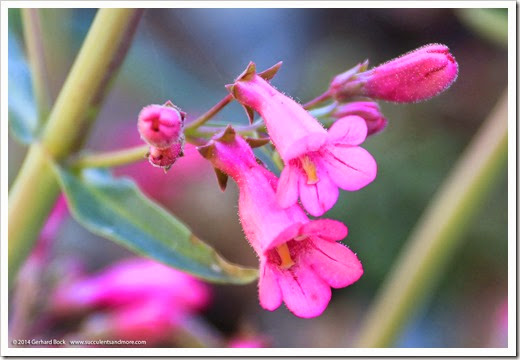 My hope is that as the clump matures and produces more flower stalks, they will hold each other up so they don’t flop over as much. I will report back next year!