Today’s post is going to be a little different. It won’t be about plants per se, although you’ll see some. Instead, it will be about the seductive beauty of creatures who live beneath the sea. Sounds mysterious? Read on!

Located on fabled Cannery Row, the Monterey Bay Aquarium (MBA) is one of the world’s leading institutions of its kind. Unlike most other aquariums, it focuses on one specific habitat: Monterey Bay and its shoreline. Such an approach might be too restrictive elsewhere, but Monterey Bay is home to an abundance of sea life that includes everything from marine mammals like sea otters, sea lions, dolphins and elephant seals to fish, sharks, mollusks and sea turtles. 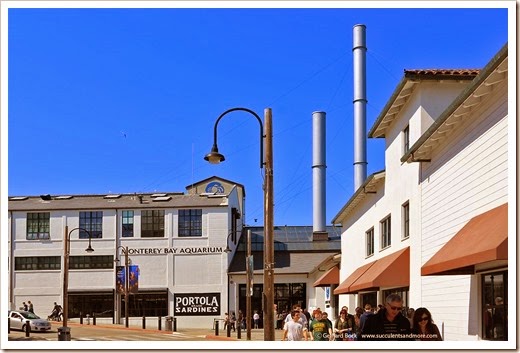 One of my favorite exhibits at the MBA is the Kelp Forest. 28-foot windows allow you to experience the sun-drenched kelp forest almost as intimately as if you were a diver—and you don’t have to get wet! The leopard sharks (2nd photo down) are particularly popular with visitors. 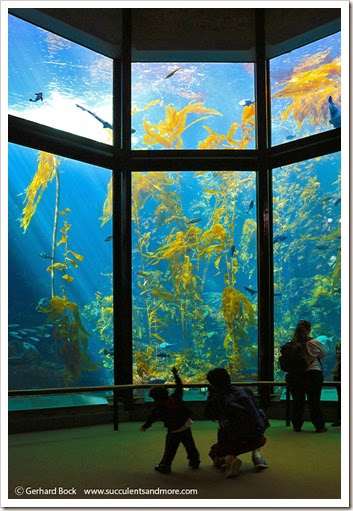 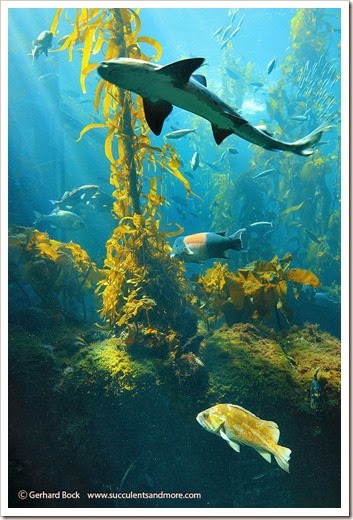 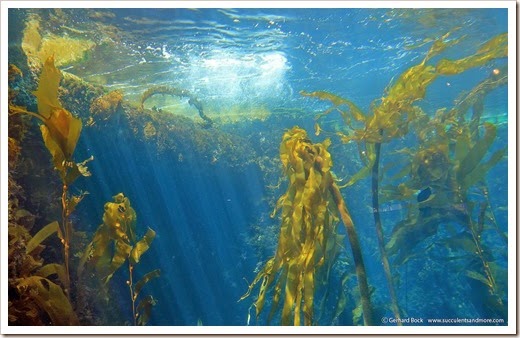 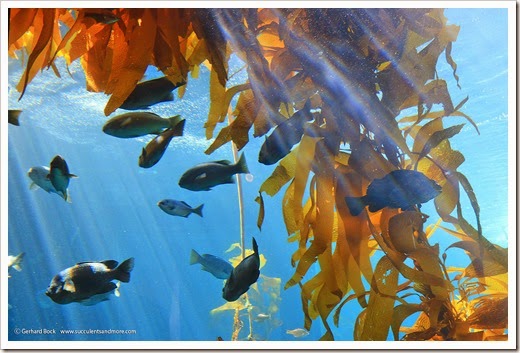 The closest you can get to flowers at the MBA are sea anemones. Hard to believe they’re animals, not plants! 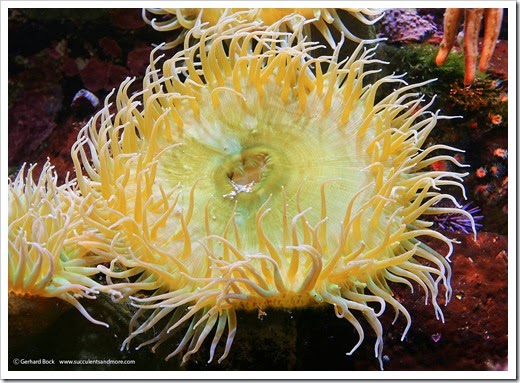 The next set of photos is of anchovies. A round tank allows you to watch thousands of anchovies up close. Their motion is quite hypnotizing! 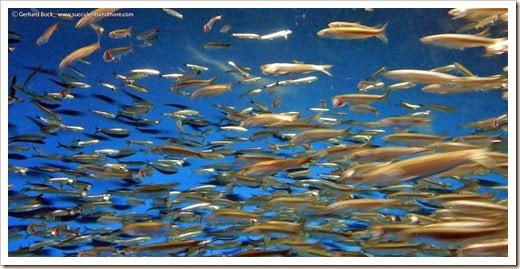 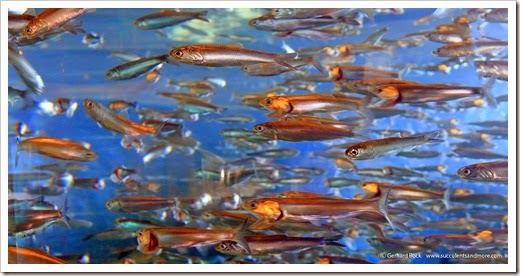 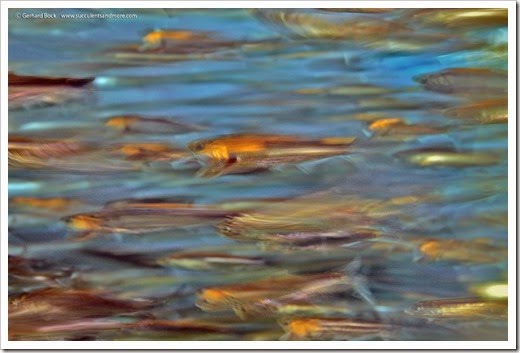 The most impressive exhibit at the MBA is the Open Sea wing with its 90-foot window. Here you can see sharks, sunfish and tuna, sea turtles and stingrays, as well as large schools of sardines. The room is very dark to give you the impression of being underwater. This makes taking pictures very difficult, and I only took this one: 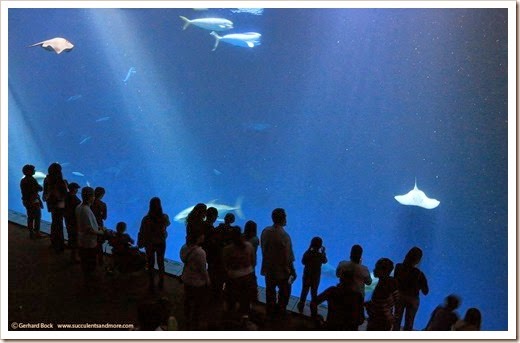 Yet as amazing as the previous exhibits are, my absolute favorites are the jellyfish. I’m fascinated by them because they look so alien—so ephemeral and essentially unknowable. I could spend hours watching them undulate, the light in their tanks hitting them just right every now and then to bring out their incredibly intricate details. Be sure to click each photo to see a larger version. 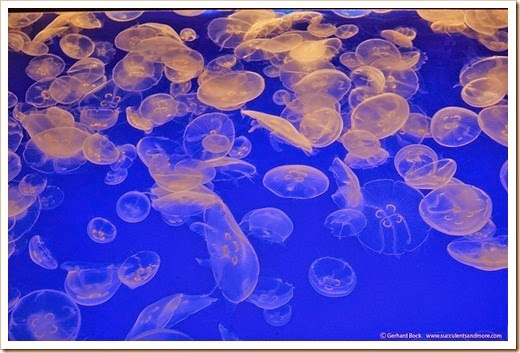 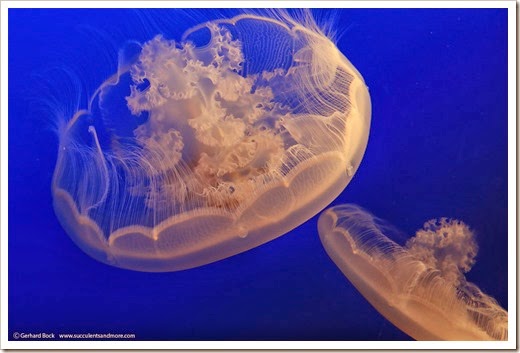 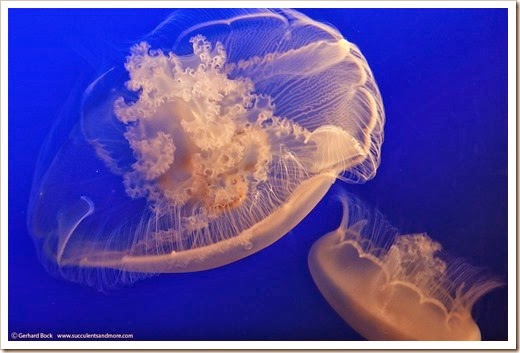 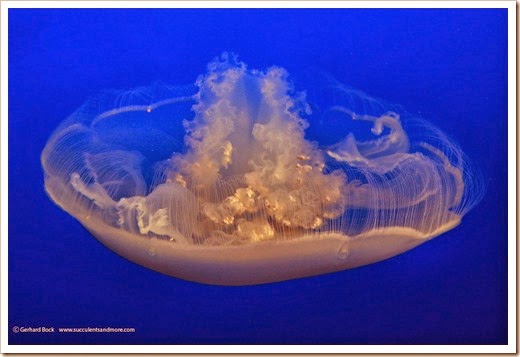 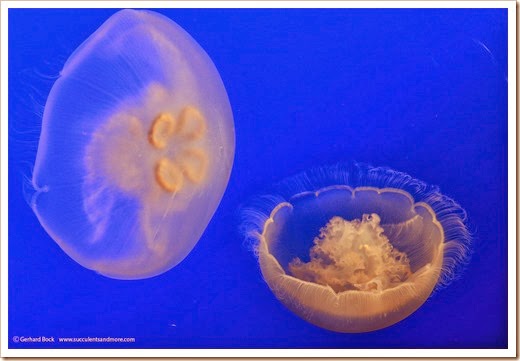 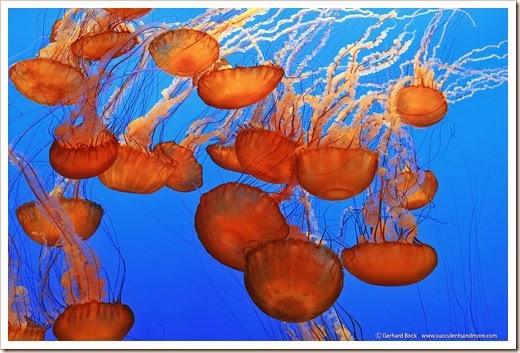 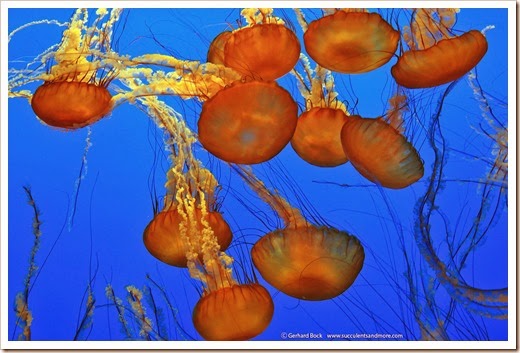 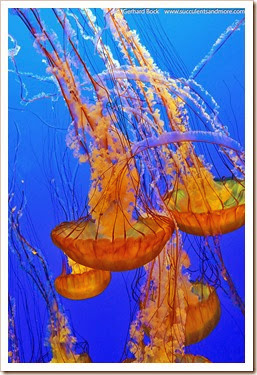 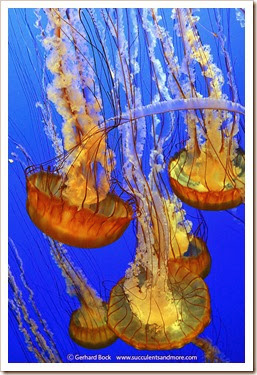 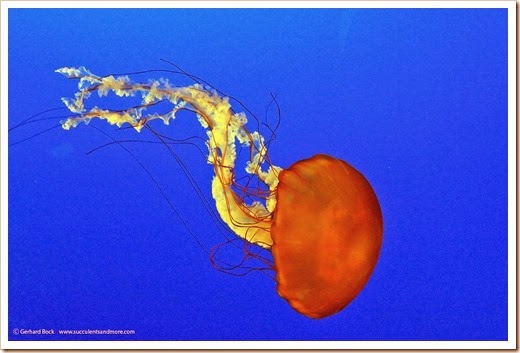 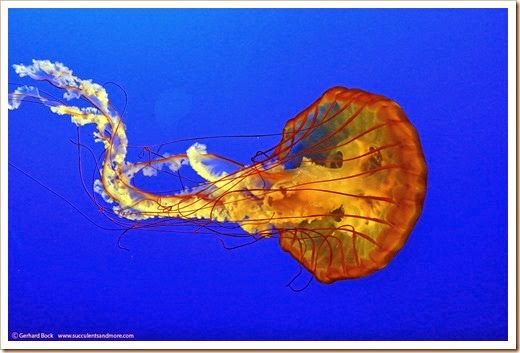 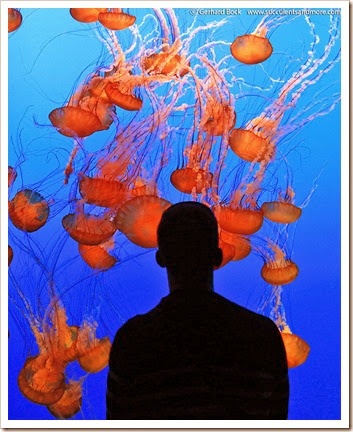 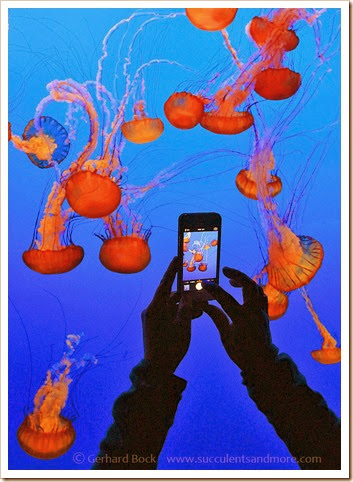 I couldn’t help take the last photo. So many people were holding up smartphones and tablets, and I photographed them photographing the jellyfish. I don’t think anybody even noticed.