The plants are here!

Whenever I watch a landscaping show on TV*, my favorite part is when the nursery truck rolls up and the crew starts to unload the plants. It’s a bit like Christmas even though the presents are for the lucky homeowners and not for me.

Today was a bit like that, except the truck was our 13-year old minivan and the crew was just yours truly, with my long-suffering wife lending a helping hand. But for once the lucky homeowner was me!

My plant haul came from Village Nurseries in Sacramento, the wholesale nursery where I’d previously bought two palo verde trees. What I picked up today will be the anchor plants for the new space I’m preparing next to the house (technically on the outside of the backyard fence). 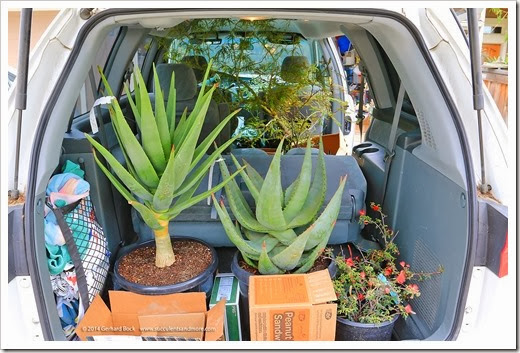 A minivan full of plants: trunk… 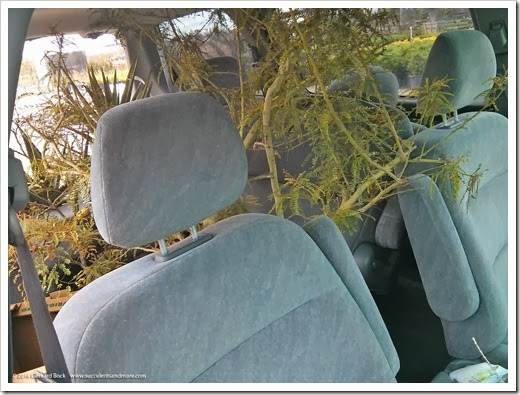 Palo verde peeking out between the driver and passenger seat 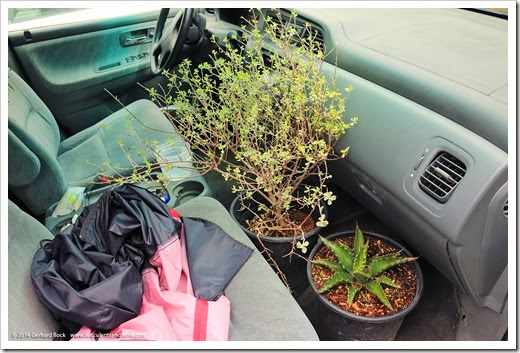 Here is a list of plants I purchased from Village Nurseries: 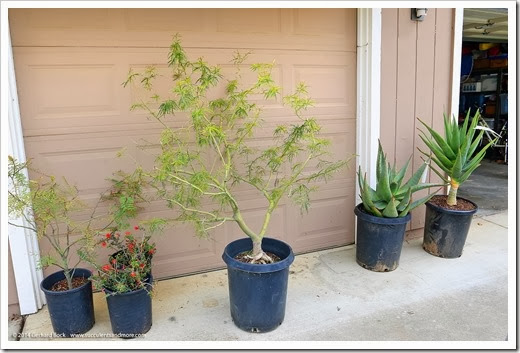 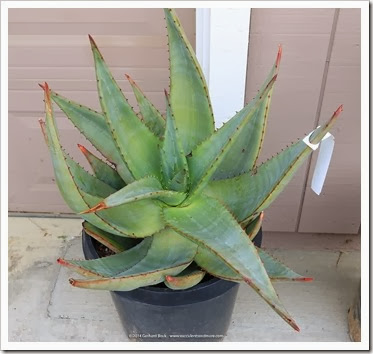 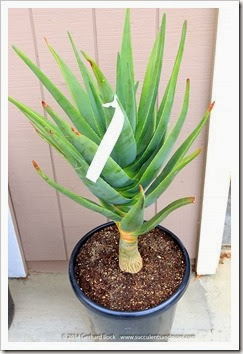 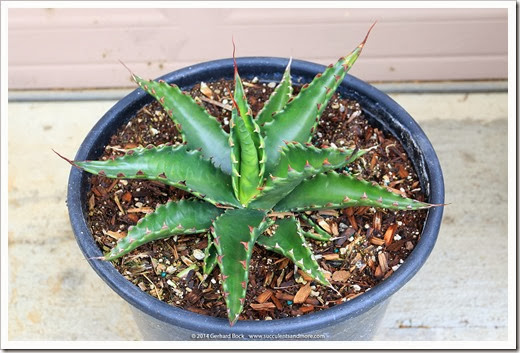 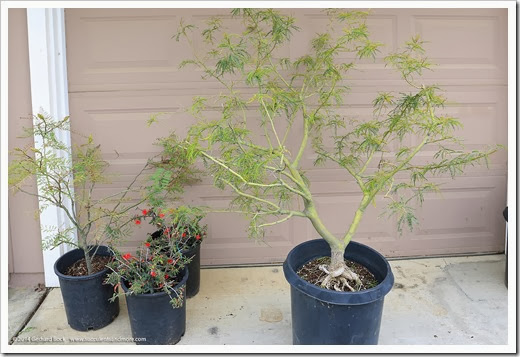 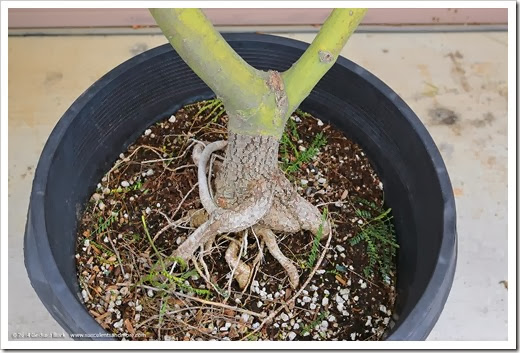 The nursery rep was concerned about the exposed roots of the palo verde but I don’t think it’s a problem. Still, I was able to get a discount. 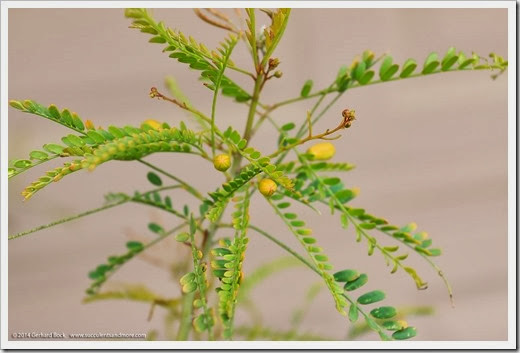 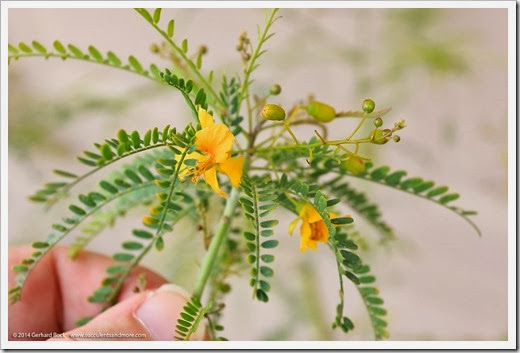 …some had even started to open 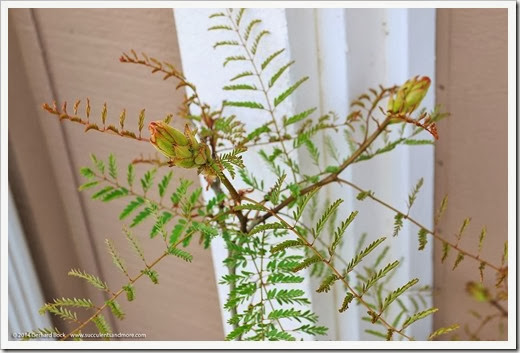 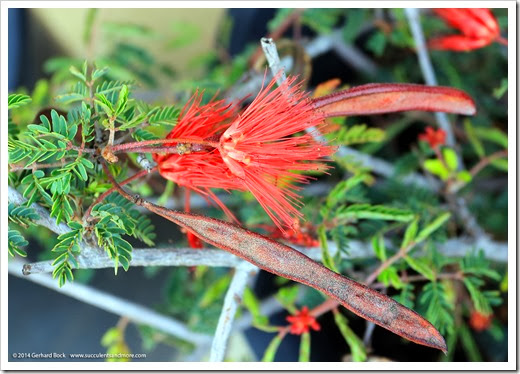 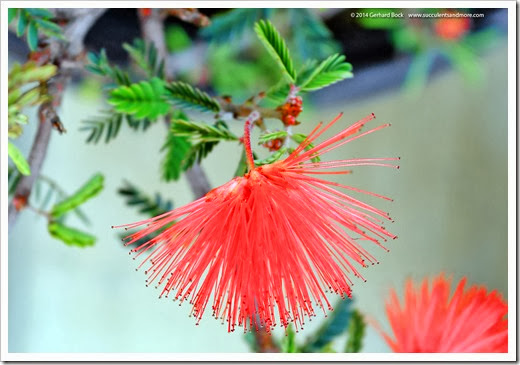 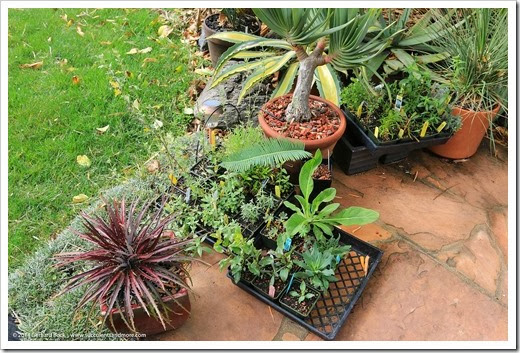 …at Morningsun Herb Farm in Vacaville:

…and at UC Botanical Garden’s Landscape Cacti and Succulent Nursery in Berkeley: 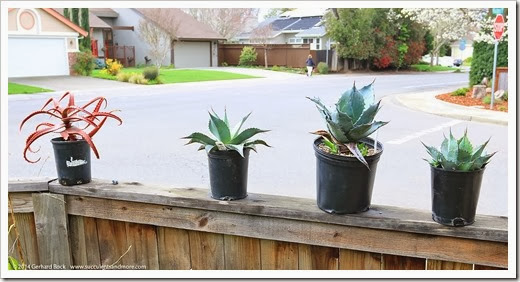 Tomorrow morning the tree guys will remove the pittosporum hedge along the fence. Then I’ll be able to have dirt brought in for planting mounds. And then the fun can begin!

*My favorite landscaping shows are both on Home & Garden TV (HGTV):
Superscapes with Gary Gragg (now canceled) and The Outdoor Room with Jamie Drurie (season 4 will start on April 2).