A week ago Monday we had 10 cubic yards of soil delivered for our desert garden project. This was more than we needed for the 6 x 48 ft. planting strip on the side of the house so we hauled quite a bit of dirt to the backyard. As a result, we now have several additional planting mounds that need to be populated. Exactly the kind of chore I love!

The first new resident of the mound adjacent to the backyard lawn is an Agave ‘Blue Flame’ that had been in a container on the front porch for a number of years. It is 32” in diameter—fairly close to the 3 ft. adult size that San Marcos Growers gives. 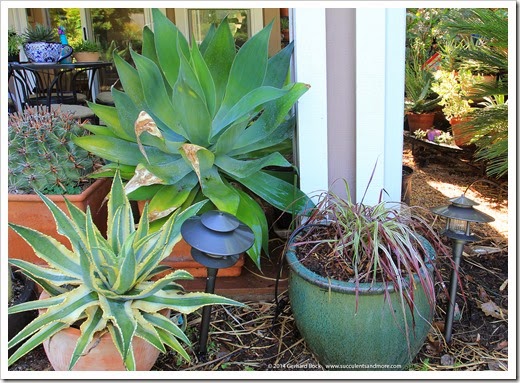 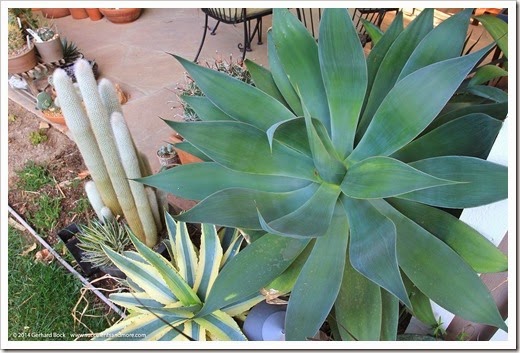 I hadn’t moved this agave in a long time and was surprised by how heavy it was.

If you take a close look at the photo on the right, you’ll see a short trunk. Most agaves don’t form a trunk, but both parents of ‘Blue Flame’ do: the foxtail agave (Agave attenuata) and Shaw’s agave (Agave shawii). The latter also gives it is thicker leaves, finely serrated leaf margins and, above all, its improved cold hardiness (~25°F). 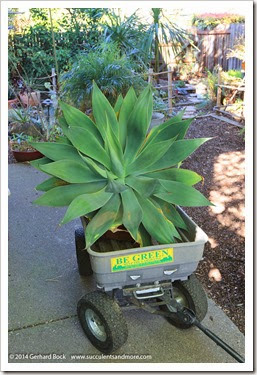 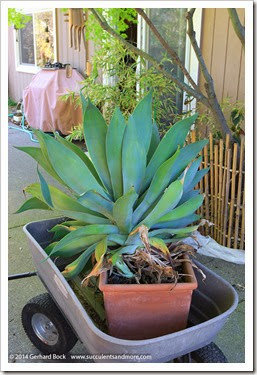 I really like the square terracotta pot this agave was in. The last thing I expected was to have to break it, but that was the only way to get the agave out. No amount of pulling and tugging made it budge. Ultimately, it seemed far better to break a $20 pot than to risk damaging a plant that would cost significantly more if you bought it in this size.

Here is Agave ‘Blue Flame’ in its new home: 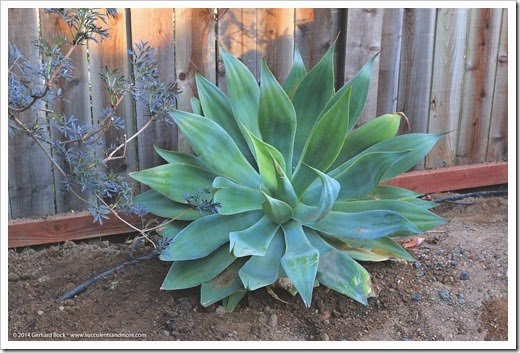 Its neighbor is an Agave desmettiana ‘Variegata’ pup from the 5 ft. mother plant next to the front door. 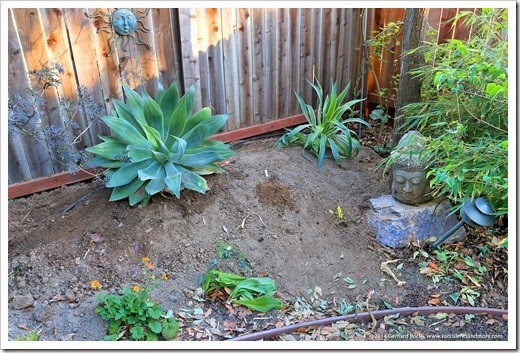 This bed is still under construction; I’ll feature it in a separate post when it’s more complete.

There was one final surprise: A pup was hiding under the mother plant. This is the first offset this agave has ever produced. 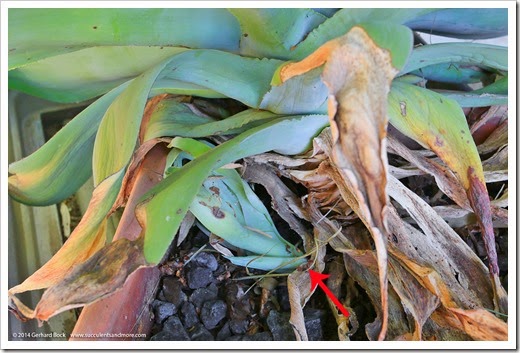 I gently separated the pup, and I will pot it up in a few days after it’s had a chance to callus over. Right now, it looks like a misshapen albino (I guess it didn’t get much light under the mother plant) but it should turn green over time. 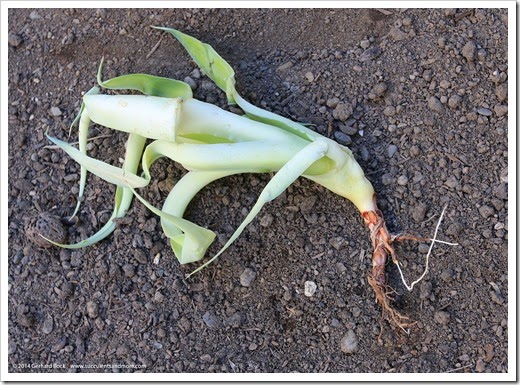