I  met a bunch of wonderful folks at the recent 2013 Succulent Extravaganza. One of the most interesting people I talked to was fellow Succulent Fanatics member Chris Hansen. Having flown in from Michigan, he was the clear winner in the Who Traveled The Farthest contest.

Chris is the co-owner of Great Garden Plants, a mail-order plant nursery, and the breeder of a line of stunning and super-hardy sedums he calls SunSparkler. Three hybrids have been released so far: ‘Dazzleberry’, ‘Lime Zinger’ and ‘Cherry Tart’. They’re only 6-8” in height, which makes them perfect groundcovers.

Chris didn’t have any samples with him at the Extravaganza but he gave me a brochure with lots of beautiful photos. I loved what I saw, and Chris kindly offered to send me a few plugs next spring.

Last week I swung by one of my favorite nurseries in our area, Morningsun Herb Farm in Vacaville, CA to pick up a bunch of perennials for the planting strip outside the front yard fence and for our newly renovated driveway succulent bed. Imagine my surprise when I saw two of Chris’ SunSparkler sedums for sale: ‘Lime Zinger’ and ‘Dazzleberry’: 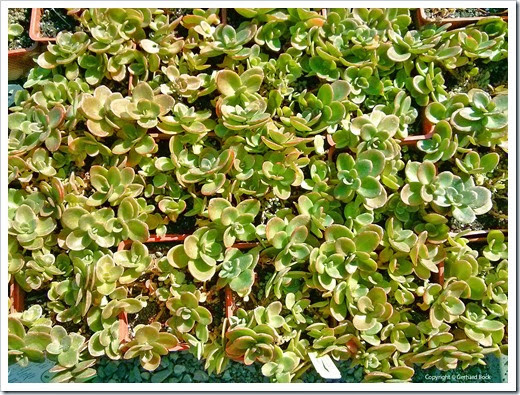 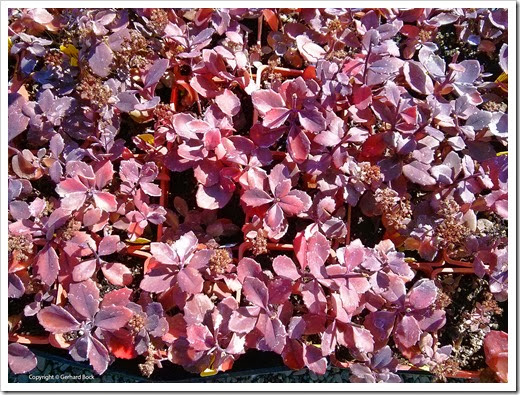 I grabbed two ‘Lime Zinger’ and one ‘Dazzleberry’… 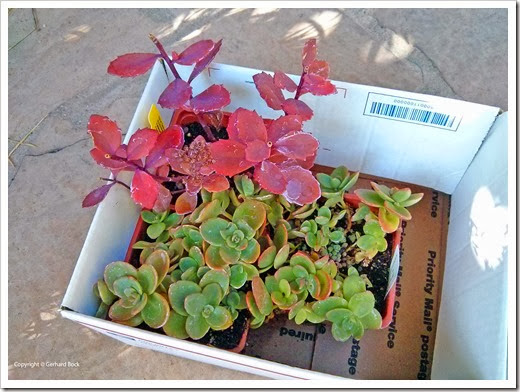 …and planted them in the driveway succulent bed: 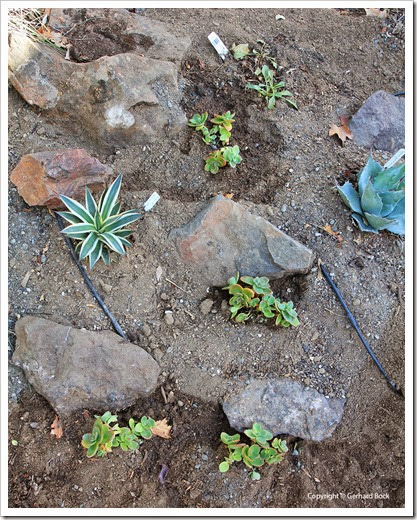 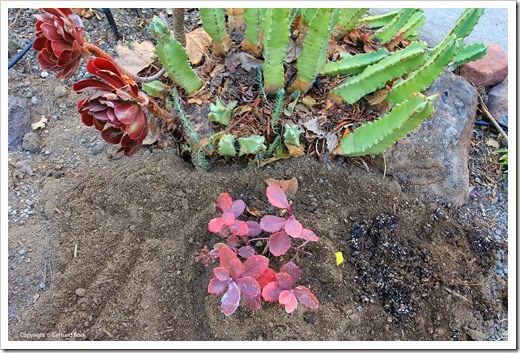 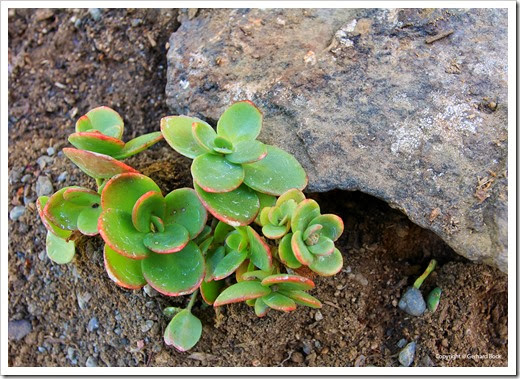 The ‘Lime Zinger’ pretty much filled their 4-inch pots so I cut them in half, ending up with four plants. If you take a close look… 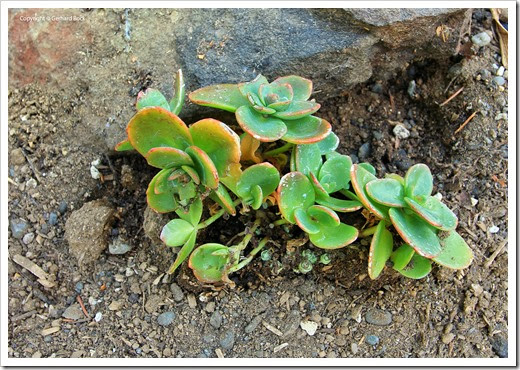 …you can see quite a few new babies. I should have nice clumps by next spring! 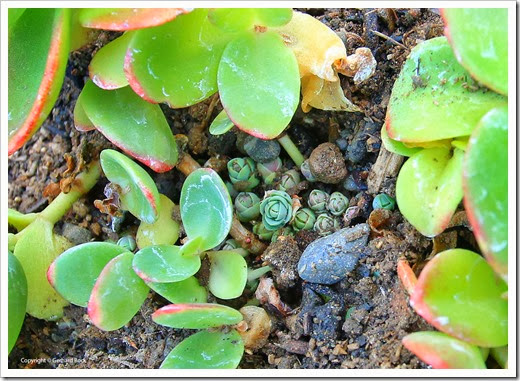 I have high hopes for these SunSparkler sedums. Chris thinks they should handle our summer heat just fine, exhibiting none of the problems I’ve had with Sedum spurium ‘Tricolor’ (pretty during the cool time of year but going dormant in the summer so all you see are ugly stems). Understandably, he won’t say what the parentage of his patented hybrids are but apparently Sedum spurium isn’t part of the mix.

‘Lime Zinger’ has thick succulent leaves and reminds me a little of Sedum confusum: 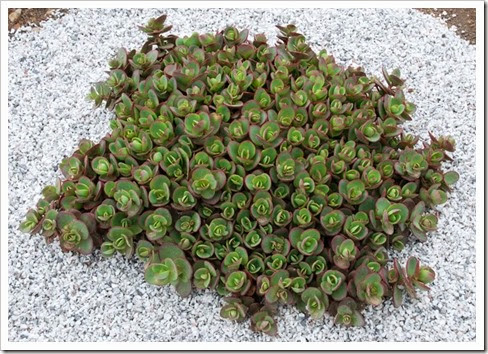 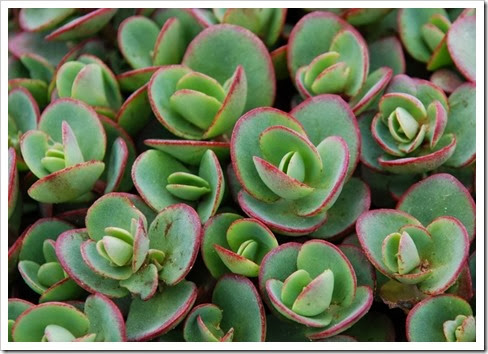 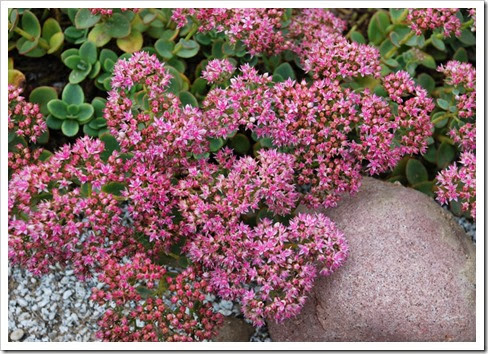 ‘Dazzleberry’ has red foliage at the moment (its fall color) but typically looks like this: 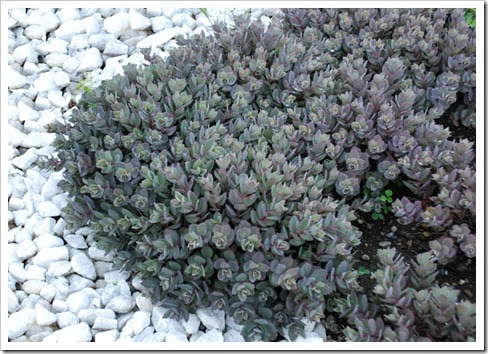 It’s most outstanding attribute are its large flowers (up to 9” according to the SunSparkler website): 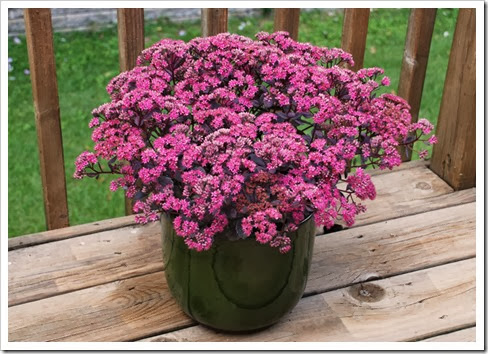 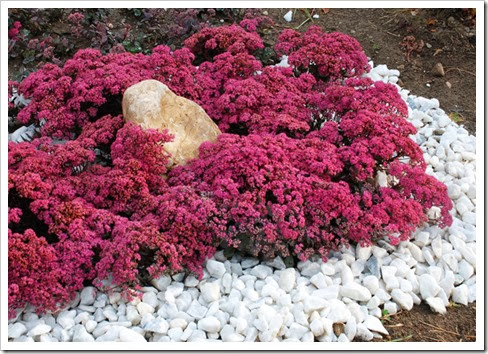 Morningsun Herb Farm didn’t have the third SunSparkler hybrid, ‘Cherry Tart’, but here are some photos from Chris Hansen: 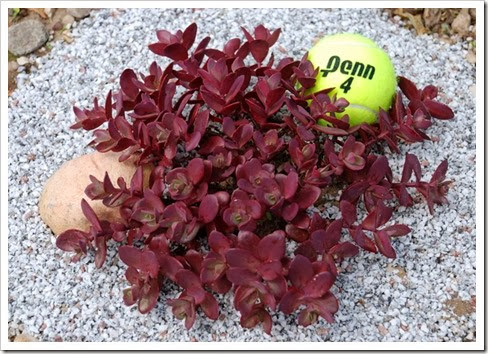 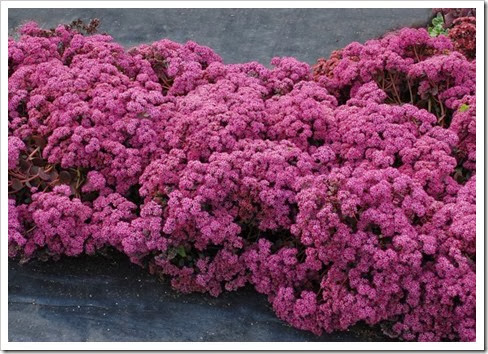 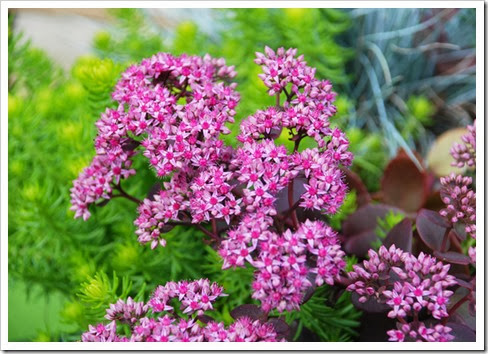 For once, gardeners in colder climates can join the party; SunSparkler sedums are hardy to zone 4. In colder climates they are semi-evergreen. Here in the Sacramento Valley, they are most likely evergreen year round (we’ll know more in a few months).

For more info on these sedums, visit the SunSparkler web site.

UPDATE: On Saturday I went back and bought 13 more of these sedums, six for me and seven for a friend: 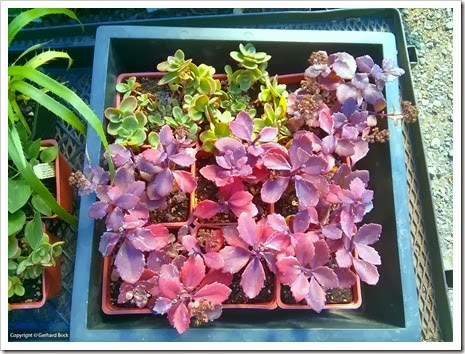 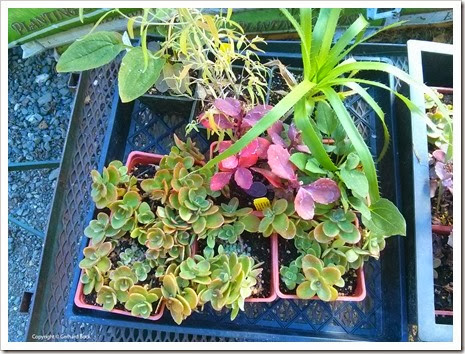 I have the perfect place in my mind for the four additional ‘Lime Zinger’ I bought for myself. Details to come.