One of the blogs I follow, Loree Bohl’s Danger Garden, has a regular feature dedicated to Loree’s favorite plant in the garden in any given week. I’ve long wanted to do something similar, so this is my first entry in the Plant of the Week category.

My favorite this week is a plant I picked up at Peacock Horticultural Nursery in Sebastopol, CA a couple of Sunday ago. I was immediately attracted to its rather odd look: deeply guttered leaves with wavy margins and bold brown spots. Another plant that would be right at home in a Dr Seuss garden. 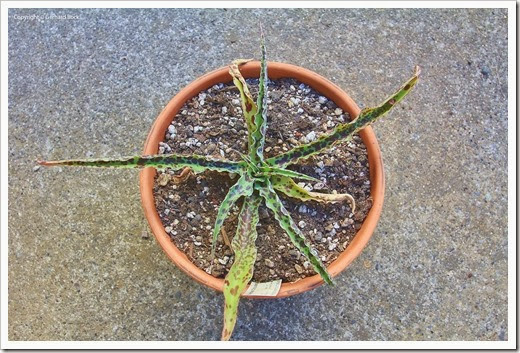 This interesting looking fella is a Manfreda undulata ‘Chocolate Chips’. Manfredas—there about 20 different species and an increasing number of cultivars and hybrids—are closely related to agaves. Like agaves, they form rosettes and and their flowers appear at the end of a long stalk. Unlike agaves, however, manfredas are deciduous (they lose their leaves in the winter) and polycarpic (they don’t die after flowering). 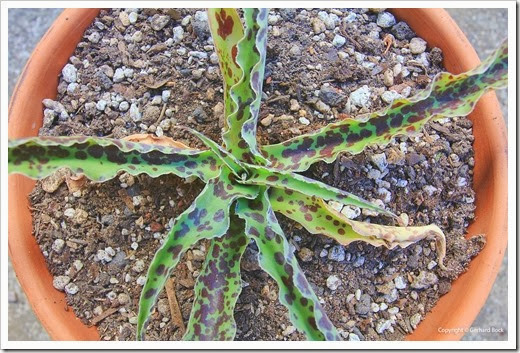 Their flowers are quite strange as well. Plant Delights describes them as “alien antennae-like.” This post on Pam Penick’s blog Digging has a couple of photos.

Some manfredas like Manfreda maculosa and Manfreda virginica, are native to the U.S. Manfreda undulata is from Mexico, and ‘Chocolate Chips’ was found by Carl Schoenfeld of Yucca Do Nursery in a batch of seedlings.

The plant I bought at Peacock Horticultural Nursery came in a 4-inch container so it’s quite small. I certainly didn’t expect to find roots like these: 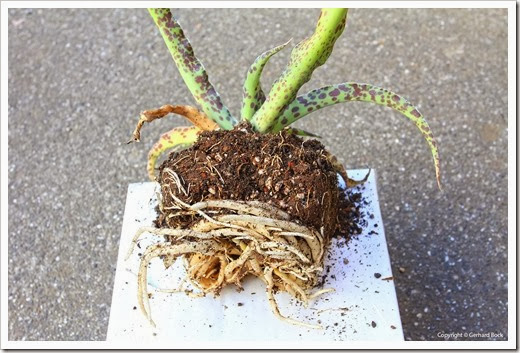 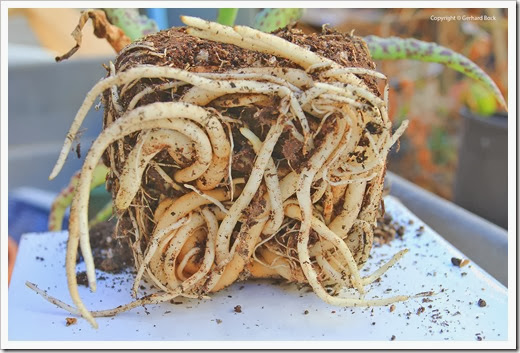 I just read that manfredas have extensive root systems. I wonder how large the roots are on a mature Manfreda undulata! 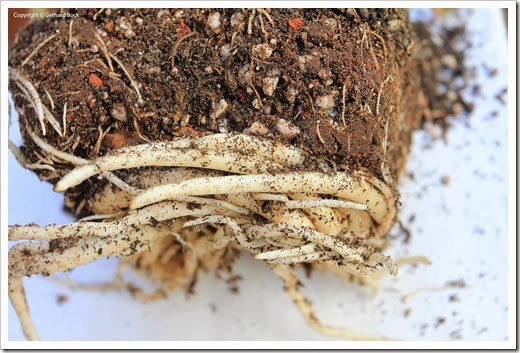 For now, I’m keeping my specimen confined to a pot but I may plant it out eventually.

Most manfredas, including Manfreda undulata and Manfred maculosa, are hardy down to 0°F (zone 7a). This allows them to be planted in the ground in much of the country. While not exactly rare, they’re not regular nursery fare either so you may have to do some poking around (or order from an online source).

Plant of the Week succulents